About two months ago, Robert Pattinson was announced as the new Batman in Matt Reeves’ upcoming film and reactions were mixed.

While we can understand why some people don’t think he is a good choice to play the Caped Crusader – maybe they don’t consider his appearance right for the character – we don’t understand those who still associate Pattinson with his “Twilight” vampire days and underestimate his acting chops. But we are here to contradict them and its enough for them to watch some of the films on this list to change their minds.

Pattinson is a great actor and in the last decade he has proven his acting skills time after time, after starring in more than half a dozen of great movies. Of course, most of the movies on this list were not even close as popular as the “Twilight” saga, but infinitely better.

Here are 8 great movies starring Robert Pattinson which you could watch until “The Batman” comes to the big screen.

One of 2017’s biggest surprises, “Good Time” is surely a classing in the making. Robert Pattinson gives one of his best performances so far as Connie Nikas, a character that has been compared by many to Robert De Niro’s Travis Bickle from “Taxi Driver.” Connie and Nick, his mentally challenged brother, try to rob a New York City bank, but things don’t go according to plan when Nick gets caught and taken into custody by the police.

Pattinson’s character tries to rescue his brother, but his mission turns out to be way harder than initially thought when a series of unexpected events happen.

The action takes place during one night and this translates into an alert, entertaining movie which will keep you on the edge of your seat for its entire 99 minutes of running time. With the Safdie brothers’ fantastic direction, a memorable score from Oneohtrix Point Never (it didn’t win the Cannes Soundtrack Award for nothing) and a career-defining performance from Pattinson, this film is indeed a good time.

Claire Denis’ ambitious science-fiction film features Pattinson as Monte, a troubled man who has been sentenced with a death trip to space.

When he was young, Pattinson’s character has been sentenced to prison after killing one of his friends over a dog. In the present day, along with a bunch of other prisoners, he has been sent on a deadly space mission whose purpose is to find a black hole and extract and alternate form of energy from it.

On the ship with them there is also Dr. Dibs (Juliette Binoche), an older woman who we later find is also guilty of some very nasty deeds and who has another mission of her own: she is obsessed with artificial insemination experiments and demands the males on-board to donate their semen.

“High Life” is a strange movie and its non-linear, somewhat confusing narrative and slow-burn atmosphere might not appeal to everyone. However, one thing is sure: Pattinson gives a magnificent performance as the complex protagonist and proves himself as one of the best actors of his generation. 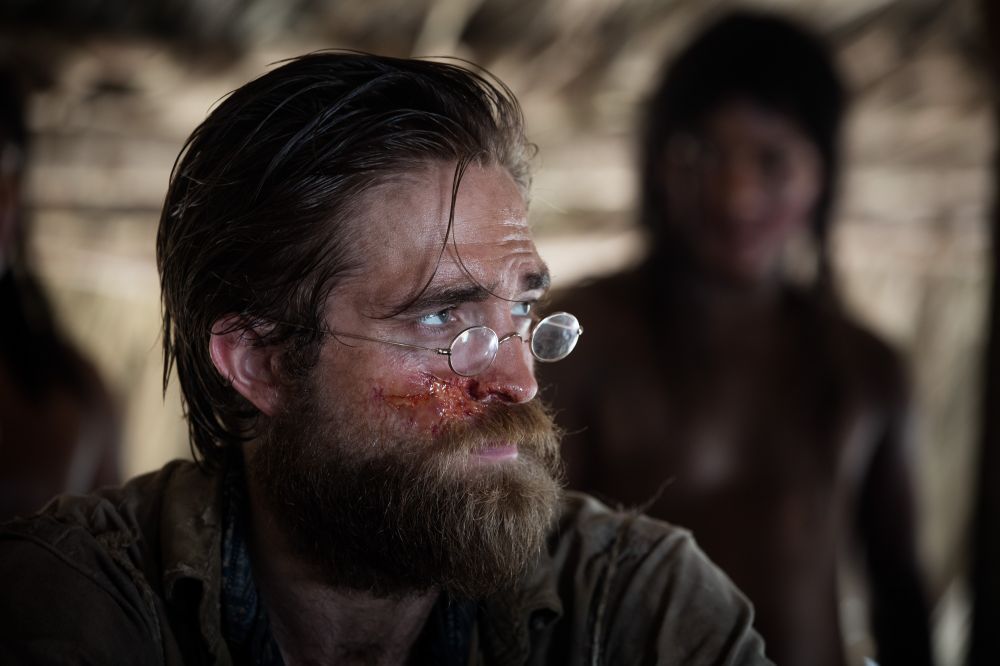 Based on David Grann’s non-fiction novel of the same name, “The Lost City of Z” recounts the true story of the British explorer Col. Percy Fawcett (played by “Sons of Anarchy” star Charlie Hunnam)., who in the early 20th century disappeared along with his son while exploring the Amazon Jungle in search of a lost ancient city.

Robert Pattinson plays Corporal Henry Costin, who accompanied Fawcett in his first explorations. Despite his small on-screen time, Pattinson steals the show every time he shows up in a scene. His character, who is a bearded, straight-faced and very rational man, looks and acts so different to what we were used to from his Edward Cullen days that some might not even recognize Pattinson at first glance.

“The Lighthouse” has its premiere at this years Cannes Film Festival and, judging by its stellar reviews so far, we just can’t wait for it to get a wide release (in the USA, the film will hit the cinema screens on October 18).

The good thing is that critics praised the film not only for its visuals but also for the fantastic performances given by Pattinson and Dafoe, who are the film’s sole protagonists. “There are moments where Pattinson is so transformative it’s jarring. You simply never thought he had it in him.” said Gregory Ellwood of Collider. This film will surely be one of the year’s must-sees.