Many cult movies have managed to gain critical success over the last years, but some of them are still unknown masterpieces waiting for the time to shine. Here is a list of 15 cult gems, that have either been forgotten or criminally underrated. 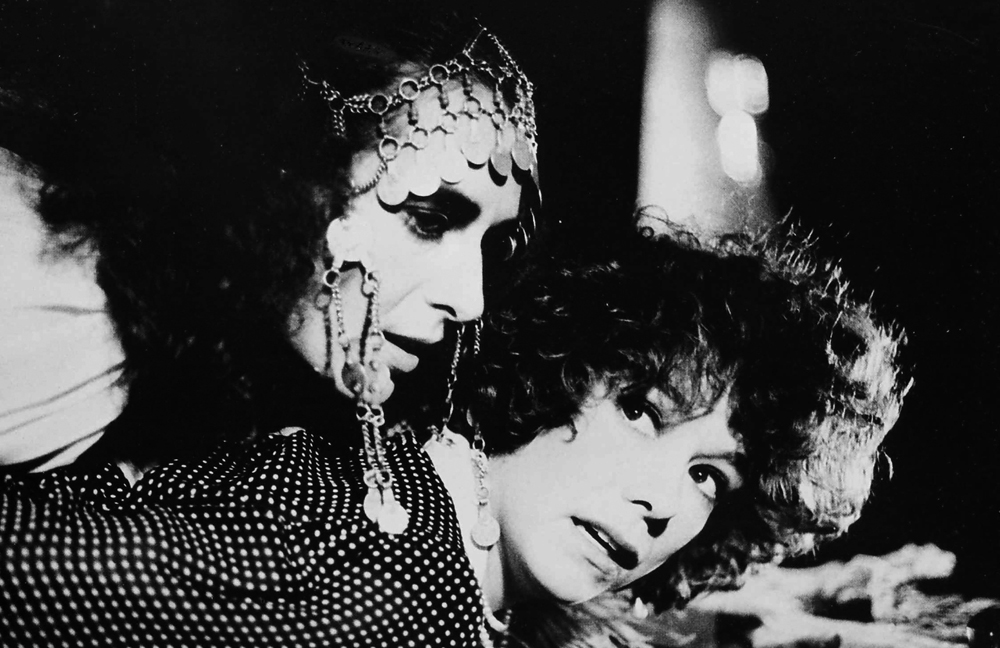 Written and directed by Nikos Nikolaidis, this cult gem redefines the Greek cinema as a more extreme and violent world. Singapore Sling is a mad detective seeking a dim light to save himself out of despair and also his beloved Laura. On his journey his falls into the trap of a perverse mother and her deranged daughter. What follows is a series of twisted games involving trash eating, vomiting and taboo sex, where he is forced to take part.

This is a dark and weird dream, where everything seems disgusting, and nothing is normal. Preminger’s Laura (1944) may be the inspiration of this guilty pleasure or even the deranged version of it. Shot in black and white also, this is an experience of disorientation and “bad taste”. Singapore Sling may be the dream world of Preminger’s masterpiece, as the film noir photography evokes memories of that era.

Moreover, this festive trash parade tastes like a good cocktail (hence the name). It is unique and deeply strange, at times funny, causing symptoms of nausea and hallucination. A hidden gem of Greek cinema, a must watch for cult lovers and definitely a shocking experience.

Can you fit in the society? This the problem of Bill (Billy Warlock) who can’t fit in with his family, his friends or even his girlfriend. Everyone acts weird with Bill, and nothing in this high-class society seems normal.

Despite having doubts and thoughts of being insane, soon Bill finds the awful truth about his local community. In a nasty party (more likely a ritual) he finds out the disgusting personal habits of his family. They are not of human species, and they feed on “lower class” human flesh.

It’s more about a metaphor, a figure of speech, where the rich feed on the poor. A class conflict that describes the antagonism in society. Through this satire everything seems ugly, hostile and violent.

Society is truly disgusting in many aspects. It is one step out of your comfort zone, a well executed b-rated nightmare. Can you fit in this cult gem? 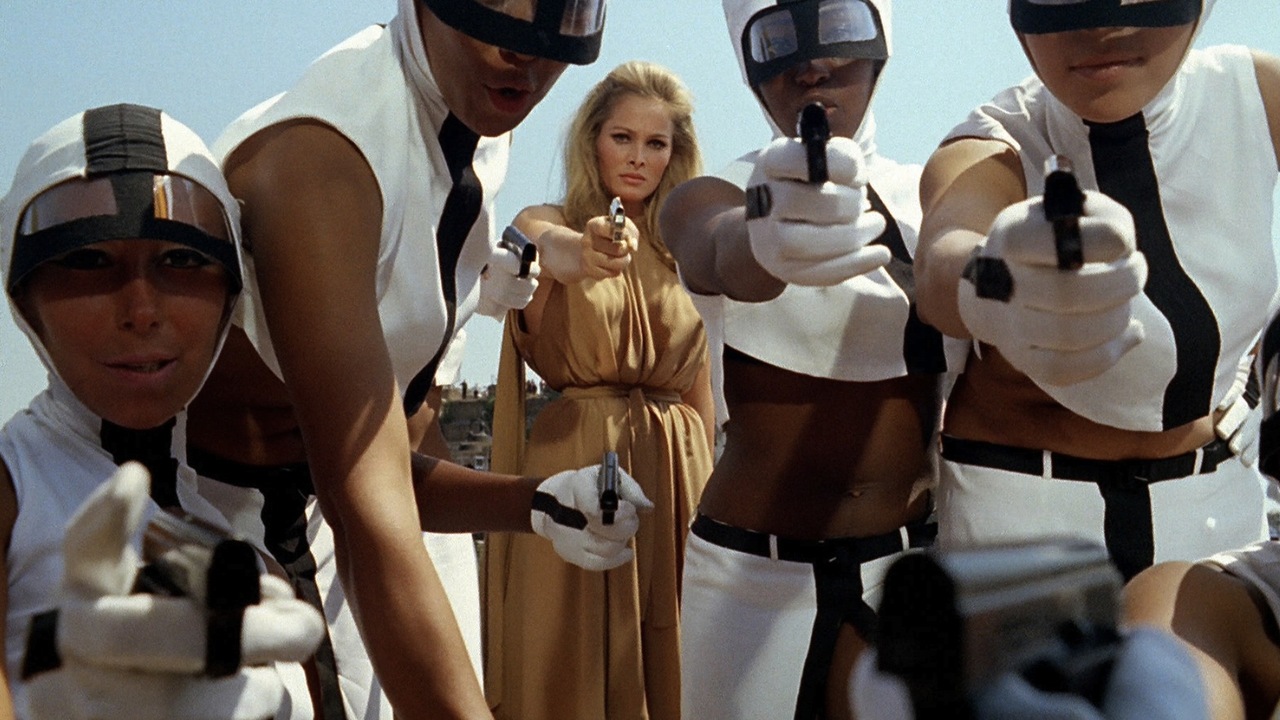 This is a sci-fi extravaganza directed by Elio Petri (Investigation of a Citizen Above Suspicion) starring Marcello Mastroianni and Ursula Andress. In a utopian future there is a TV show called “The Big Hunt” that rules the world. Those who participate in will either be a hunter or a victim and will try to survive in order to get the big award.

Through a death match this cult Italian hidden gem deals with capitalism, advertising, religion and marital commitment. The struggle of divorce and the battle of sexes complete this modern futuristic adventure.

The 10th Victim is a dazzling piece of pop art that has a 60s stylish Italian charm. Funny and entertaining this Fellini like comedy is pop culture’s buried treasury, waiting to be discovered. 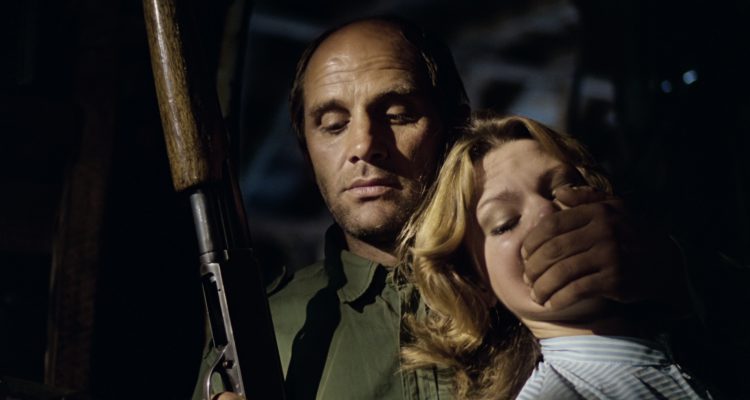 This little gem puts New Zealand on the map. A former race car driver (Bruno Lawrence), whose marriage takes the wrong turn, runs a wrecker yard. Heading for a nervous breakdown he ends up kidnapping his own daughter. His life is a smash palace; everything is wrecked, and the wounds won’t heal.

This a man falling down, he expects the unexpected (so you should) and has no fear. Everything is lost, his family is torn apart, and he is ready to collapse. He has to fight the hardest battle against himself in order to save what’s left.

The story doesn’t seem so appealing, but the tension, the overflowing emotions and the powerful performance by Lawrence build up to a climax. It is undoubtedly a perfect depiction of an isolated ruined life in a local community of New Zealand.

How personal can you get? Aki Kaurismäki’ s minimalistic approach to suicide is a highly personal film.

Jean-Pierre Léaud as Henri Boulanger, a recently fired clerk, decides to commit suicide. After several hilarious failed attempts he hires a contract killer to kill him. But soon he falls in love with Margaret (Margi Clarke) and wants to cancel the contract.

The film exploits the industrial London to depict loneliness and alienation in a rural city. Kaurismäki’s characters are well-known for their lack of emotion, minimal dialogue and tragic faith. This is also the case, everyone stands still like a painting, the characters barely move, and they (re)cite words like a poem. Moreover, Kaurismäki, like his friend Jarmusch, is an auteur, a cinematic poet who embraces art and builds a personal shelter.

This is not a mainstream film; it is a slow paced, often funny, masterpiece of the Finnish culture.

Who needs characters? Who needs a plot? There is only one thing you need, and that is a bunch of slackers. Richard Linklater’s low budget comedy follows a group of young, aimless drifters having a conversation almost about anything. Recurring themes in their conversations are, for example, unemployment, conspiracy theories, social discrimination and politics.

To be more specific this is an anthology of thoughts, an existential study, a film about nothingness and everyday life. Though it has a simple structure, a non-narrative form and no central character, it is a philosophical approach to life. The film is a fairly amusing casual conversation, where nothing really matters. It is an experiment, an independent view on the meaning of life.

Slacker is cult masterpiece that gets better on subsequent viewings. Each time you watch this film there is something new to discover and talk about.

“This is dark as night, dark as the grave wherein my friend is laid.”

Bring Me the Head of Alfredo Garcia is Sam Peckinpah’s controversial road movie about a piano player (Warren Oates) who is hired by hit men to retrieve the head of Alfredo Garcia. Set on Mexico this is a personal journey, where there is only blood and violence.

It must be apparent that the film’s title reveals the whole story, but it is only a deception. The head of Alfredo Garcia is not the Holy Grail; it is a doomed destiny, a deadly trap, the grave you dig your own.

There is no purpose, no meaning, it is a nihilistic trip to the dark side of life. You can fight, but eventually you will lose.

This is a gruesome film; it is ugly and brutal, but there lies its beauty. Sam Peckinpah without hesitation stays true to his values and creates a cult masterpiece. It has an underground nature and an uneasy feeling of discomfort that will haunt you for a long time.