Let’s be honest, a lot of you have superhero fatigue, and that’s perfectly fine. Marvel is cranking out about three a year, DC wants in on the money, and well, Hellboy came out too. It’s okay to be tired of masked heroes fighting crime, but it would be naive to say that the movies are consistently low quality. Yes, they’re popcorn movies, but a lot of them are high quality popcorn movies.

Of course, during a time with such high quality superhero movies, there are bound to be disappointments. That’s (kind of) where this list comes in. The movies listed below all failed to live up to their potential in some way. This is not time period specific though.

So while 2019 is an excellent time to be hyped for superhero movies, any movie is fair game. Additionally, the list technically isn’t only about superheroes. Any comic book adaptation, regardless of whether or not superpowers are involved, could potentially be listed.

With that out of the way, movies that looked bad from the start or had terrible concepts will not be included. Nobody was disappointed by Elektra or Batman & Robin because expectations were pretty low to begin with. There are a few movies that could’ve been approached cautiously pending release, but they all showed some amount of potential. With that out of the way, check out the movies below.

The DC Extended Universe has (mostly) rebounded following a rocky start. That being said, it’s hard to ignore just how awful those early stages were. Man of Steel landed with a wimper, but nothing could prepare audiences for the one-two strike of Batman V Superman: Dawn of Justice and Suicide Squad. Of the two movies, Batman V Superman is slightly more disappointing because it’s a more promising concept with some consistently excellent trailers leading up to the release.

Unfortunately, like Man of Steel, these trailers merely brought false hope. The movie may have looked excellent, but the final product was botched to hell. This is a movie characterized by awkward pacing, exhausting action scenes, and a general lack of character development. It can’t decide what it wants to do with its story and that’s made obvious very early on in the bloated runtime. Man of Steel had its issues, but it told a cohesive story and, more importantly, it felt like one singular movie.

Snyder’s second DCEU movie had so much potential, but it was beyond wasted. Wonder Woman, Shazam, and (to a lesser extent) Aquaman have prevent the extended universe from collapsing thanks to a much warmer reception. While this particular movie has a surprising amount of defenders, most people agree that it failed to live up to the expectations. 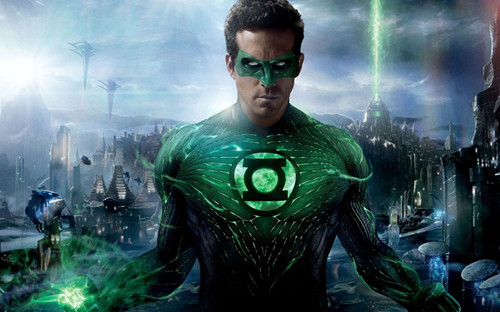 Green Lantern’s failure may have given Deadpool something to joke about, but it also disappointed countless people who were hoping their favorite DC superhero would get a halfway decent movie.

It’s a letdown because Green Lantern is honestly one of the more popular DC superheroes. He’s never been in the same tier as Batman or Superman, but he has a loyal fanbase all the same. Martin Campbell is an excellent director. Ryan Reynolds is great when it comes to this kind of stuff. Regardless, nothing added up to a good movie.

The easiest target would be the cheap looking CGI, but that’s hardly the only issue. Green Lantern tells a muddled story that fails to live up to the promise of its source material. There are so many good stories out there about Hal Jordan, so why in the world is this one so generic and half-hearted? The lack of originality is made even worse when you factor in the fact that the whole story is muddled and sloppy.

There’s a small (almost microscopic) silver lining. Individual scenes can be fun. That’s not saying much though. If that’s the best compliment a movie is receiving, it’s probably a pretty bad movie. Yeah, it’s probably better than Catwoman or Batman & Robin, but this one had potential, so its lack of quality arguably stings worse.

Nobody was begging for a gritty Fantastic Four reboot, but there were definitely elements that made this movie sound promising back in 2015. At that point in time, we had only known Josh Trank as the dude who brought us Chronicle, a surprisingly engaging found footage superhero movie.

His take on Fantastic Four was supposed to include pieces from the Ultimate comics, elements of body horror, and a Tim Burton-inspired tone. “Body horror” and “Tim Burton” don’t exactly feel reminiscent of Fantastic Four, but it was nevertheless easy to be intrigued.

Then the movie came out, and not even Michael B. Jordan could save this trainwreck. Fantastic Four was released to scathing reviews from both major critics and the general public. To put things into context, the C- Cinemascore is still the lowest score received by a superhero movie to date. 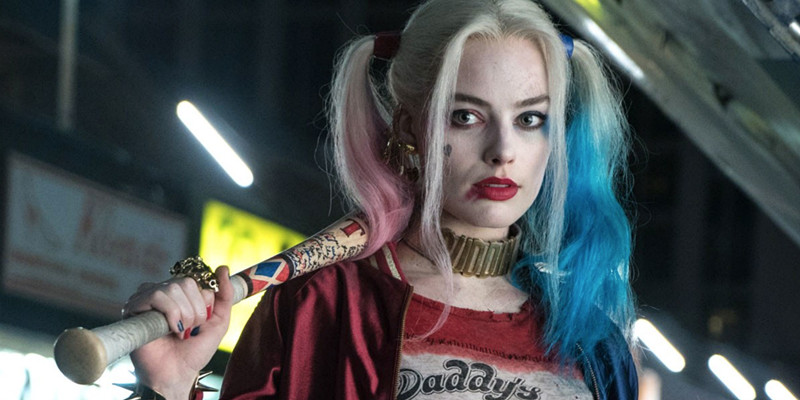 Jared Leto wasn’t happy about Suicide Squad, and neither was the rest of the world. His main issue seemed to be that there wasn’t enough of him, but there’s more to it than that. A more refined Joker with more screentime and a better design would’ve been nice and all, but so would a lot of things.

Suicide Squad was an all-around mess to the point where “lack of Joker” is only the tip of the iceberg. It was shoddily edited, tonally uneven, and exhaustingly edgy. Batman V Superman has people who will stick up for it, but Suicide Squad seems more universally reviled.

That’s unfortunate because a movie about a bunch of DC supervillains fighting crime should be so much better than this, especially with a cast like this. Seriously, how can a movie with Viola Davis be this disastorous? It’s not Superman IV bad, but it’s still really freaking bad. On the bright side, most of the people invested in seeing the movie have already watched it, so hopefully nobody stumbles into this expecting quality.

James Gunn is set to direct a soft reboot at some point, so there’s definitely hope. At the same time, the reputation has sort of been stained at this point. Even with someone like James Gunn helming, there are going to be people who simply can’t come back and give this series a second chance. To put it simply, the first entry was so bad that the entire franchise is in jeopardy as a result of its poor reputation. 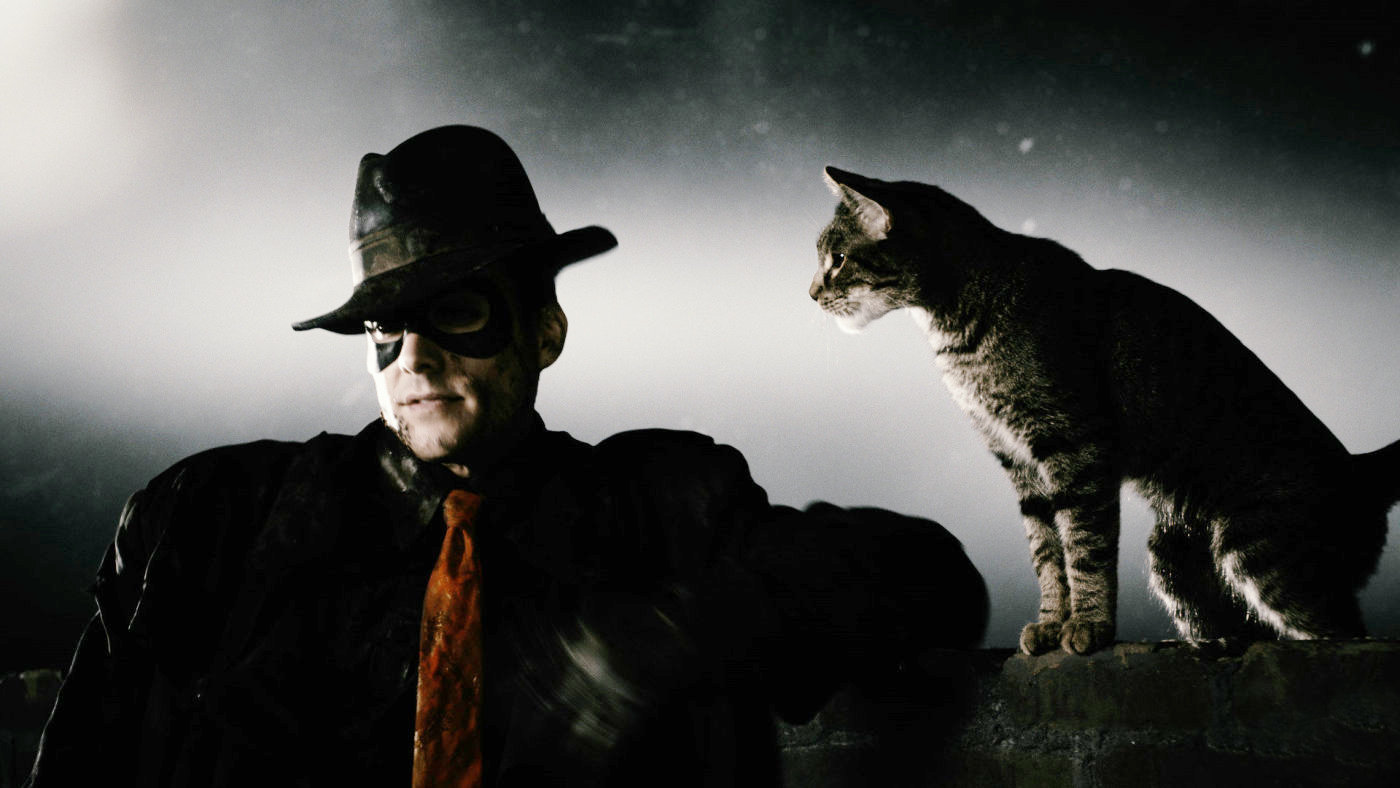 Kyle Smith of the New York Post claimed that The Spirit made Max Payne look like a “jewel of storytelling by comparison,” and he might be onto something. Imagine Sin City, but completely incomprehensible and you have Frank Miller’s garbage adaptation of the cult classic comic.

This may be a bold statement, but out of every movie on this list, The Spirit may have the worst “story” of the bunch. It’s a bunch of campy dialogue hastily taped together in a rushed effort to make something halfway cohesive, and it can’t even do that right.

This is an issue because, like every other movie on the list, The Spirit showed potential. Frank Miller had recently co-directed Sin City, which meant that he had shown potential as a director. The black-and-white visual style carried over to this adaptation, but instead of interwoven vignettes, there was supposed to be one overarching story. Too bad the overarching story sucks.

To be fair, this movie has style to spare, it just doesn’t make any damn sense. As a movie to watch hungover, it might do in a pinch, but it’s a far cry from Sin City. It may be better than Fantastic Four, but that doesn’t make it a good movie.