Short films are, without a doubt, ridiculously overlooked by most film fans, generally being put to one side in favour of seeing a feature instead, however, whilst choosing a feature over a short may guarantee that you spend longer in front of the screen, and in some cases will lead you to seeing a better film, doing so doesn’t always mean that you’re seeing the better film.

So, to keep this introduction just as short as the films featured in this list, let’s move straight on to ten short film masterpieces that everyone should see. Of course, there are many, many more wonderful short film worth your time and worth recognising, however, maybe they can be given recognition in a second part to this article. 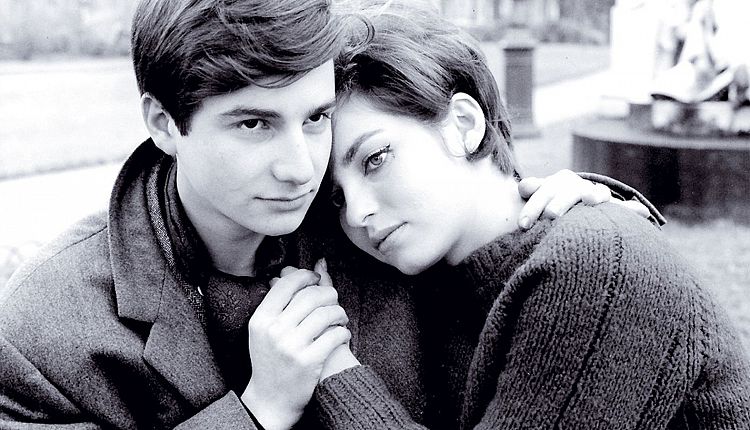 So, before venturing into the dark depths of silent cinema, experimental filmmaking and… some other things, why not start with the easiest watch first? Antoine and Colette, Francois Truffaut’s short film follow-up to his iconic masterpiece, The 400 Blows, is one of the most charming short films ever made, detailing Antoine Doinel’s first romantic experience.

The film, which runs at a short thirty minutes, details how Doinel lives now that he is seventeen, working in a factory, attending music concerts, etc, until he sees Colette and instantly seems to chase after her in any way he can.

What makes the film work so well, aside from the brief runtime (one can only think about what this would be like if it were a feature rather than a short segment of “Love at Twenty”) is the way that it seems to create so many differing emotions in such a short amount of time, managing to stuff in the majority of the different feelings that accompany first romantic endeavours, and furthermore, managing to do so without the film ever feeling even slightly bloated or forceful.

The cinematography is gorgeous, the editing is neat, the performances are just beautiful… It’s a beautifully nostalgic and yet simultaneously very honest account of early romance in life, and it is one of the most easily accessible short films out there. It is too gorgeous for words. 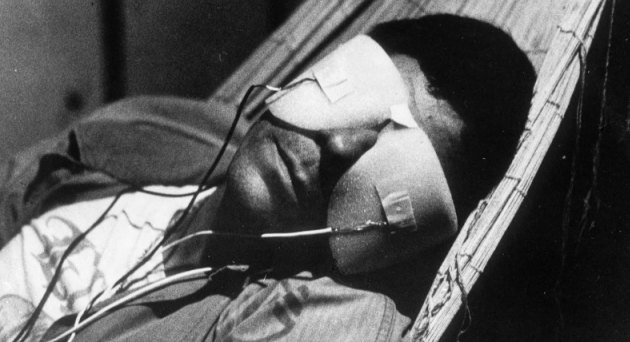 Continuing with getting the more accessible films on here out of the way first, La Jetee, directed by Chris Marker and released in 1962, is one of the more inventive short films out there. The film, rather than being a typical moving picture, instead opts for using single shots, photographs, which appear one at a time and tell the story instead. Narration helps to push this along, too, adding a lot of (extra) emotion to the story (as if it needed any more than it has with the images alone).

The film is about time travel, showing a man being sent back and forth through time in an attempt to save the world. The film comments frequently on the fallout of World War II (or, at the very least, suggests things about it very often), and communicates this intense fear for war (particularly the fallout of war), and still, despite this, it manages to create some of the most emotional moments in… the entirety of cinema, with images that end up engraved in your mind for long after the credits roll, and considering just how calm the form is, it’s ridiculously impressive that this kind of power is created by a film that runs at only 28 minutes.

La Jetee also works as a precursor to Marker’s other work, such as Sans Soleil, which continue to focus on the emotion that single images can cause, and very, very few filmmakers communicate with images in the same way that Chris Marker does.

One of the shortest films on this list, Un Chien Andalou runs at just sixteen minutes, and is still able to evoke more feeling than the vast majority of feature length films. It is a film very hard to pin down, especially in terms of plot, as the film relies much more on the juxtaposition of imagery, or even just the single images themselves, including but most definitely not limited to the iconic shot of a lady’s eye being cut open by a knife.

Bunuel’s film is a perfect introduction to avant-garde cinema, and it manages to push the boundaries even now, ninety years since it was made and released, so one can only imagine how it must have felt to see it shortly after it came out, how impressive it must have been to see a film thrust itself at the audience and try to provoke them in the same way that this one does.

It is just a ridiculously impressive celebration of the cinematic form, one that uses the magic of cinema, the editing and cinematography, to push an audience to their limits. You can praise this film endlessly, and that is without even going into the massive influence it has had on hundreds of directors since, from David Lynch to Gaspar Noe, and also without remembering that this was one of the earliest ethereal films ever made. Bunuel’s film is of massive importance and extreme quality, and it is one that shouldn’t be missed… there are just no excuses not to see this one. 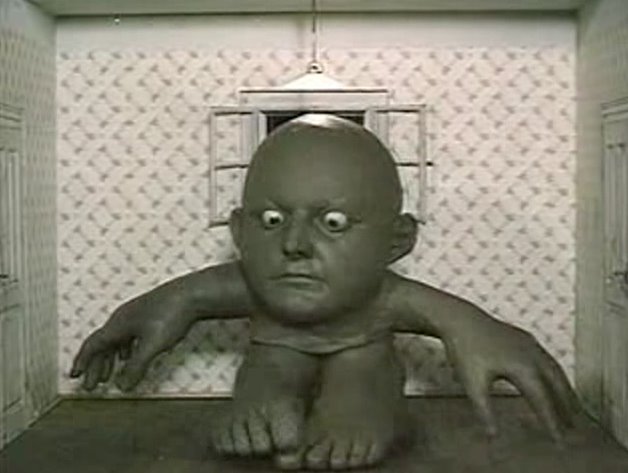 Now, let’s get even weirder. Darkness, Light, Darkness is… very difficult to explain. The film sees a body form, working as a comedy about just how bizarre people are as a creature. It starts off simple enough, a pair of hands that have to try to assemble the rest of the body whilst being stuck in a small box, and the escalation in the short that goes from hands, to a face, to the inclusion of… other parts, which shouldn’t be spoiled for anyone who hasn’t seen this one before, is just so impressive.

The animation is absolutely stunning, and despite the fact that there is no dialogue, the film says a hell of a lot about the way that the body works, mostly mocking it just because of how strangely formed it really is.

Running at just eight minutes length, and available for free on most online video platforms, this one is a must-watch for any animation fan or any surrealism fan, as well as any fans of filmmakers like Terry Gilliam or Tim Burton, as Svankmajer’s work has had a massive influence on both, along with many, many more.

Somehow managing to predate the American New Hollywood wave in cinema, predicting the obsession with motorcycles and looking back at their own past, with the nazism throughout, Kenneth Anger’s Scorpio Rising, released in 1963 is one of the most ridiculously impressive short films ever made.

The film is, simply put, radical, making huge leaps in terms of film form to create this close-up, sweaty, gross atmosphere that feels so intense, helped along lighting that flashes, a blaring soundtrack and mesmerising performances.

The film is still as disorienting as ever, over fifty years after release, and it may not even be Anger’s most impressive film, or his most radical. Recognised as one of the most influential short filmmakers of all time, Anger is a director whose films are definitely worth your time.