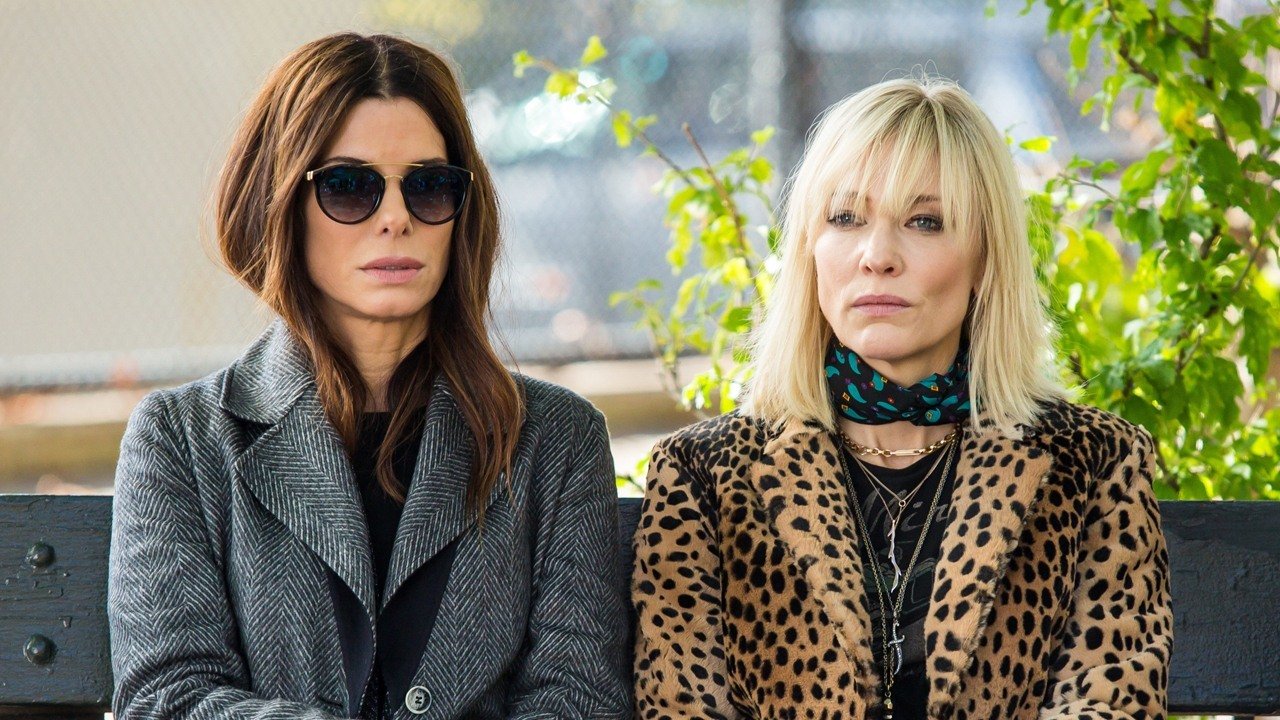 Gary Ross’s spin-off, Ocean’s 8, is a comedy that features a group of female con artists looking to pull off a big heist at the Met Gala. The star-studded cast includes Sandra Bullock, Cate Blanchett, and Anne Hathaway. Aside from huge A list actors, musicians like Rihanna and Awkwafina help round out the diverse group of women. The film received a Rotten Tomatoes score of 69% on the Tomatometer.

The chemistry between each actor on screen is palpable. Each character seems fully realized, multi-faceted, and interesting. The relationship between Bullock and Blanchett is especially well done, and leaves audiences with a familiarity reminiscent of George Clooney and Brad Pitt in the previous Ocean’s installments. A fresh take on the con itself, featuring one of the most famous galas in the world, raises the bar for future films in the heist genre.

Perhaps the world still isn’t ready for a female dominated film? After the failure that was the Ghostbusters (2016) remake, it is understandable why audiences would be worried about a classic being revitalized. However, Ocean’s 8 certainly needs to see a score rise on the Tomatometer. Even bringing it up to the same score as Ocean’s Eleven (2001) would be a great place to start.

A comedy drama with heart and soul is Gus Van Sant’s Don’t Worry, He Won’t Get Far on Foot. The story follows alcoholic John Callahan after an accident has left him paralyzed. The protagonist then turns to drawing crude newspaper cartoons which gives him a new passion and hope for life. The semi-inspirational film features powerful acting from Joaquin Phoenix, Rooney Mara, Jonah Hill, and Jack Black. Rotten Tomatoes gives the film a score of 76% on the Tomatometer.

The endearing comedy is a biopic of cartoonist John Callahan, yet somehow avoids all clichés of typical biopics. The movie doesn’t follow a rigid set of scenes to get to the end product. Instead, the audience is shown an honest look at the struggles and successes of Callahan.

A superhero sequel about the infamous “Merc with a Mouth”, Deadpool 2 comes in hot by director David Leitch. Ryan Reynolds reprises his role as Deadpool, bringing sass, vulgarity, and unsurpassed wit that overshadows even the first film in the series. Also starring Josh Brolin and Julian Dennison, Deadpool 2 has enough charisma to draw in audiences from all age groups. Rotten Tomatoes gave this movie an 83% on the Tomatometer.

Seeing a “certified fresh” label on Deadpool 2 doesn’t confound me. Comic book lovers and movie fans alike have always seen Ryan Reynolds as THE Deadpool. Breaking the fourth wall and including adult humor in a film that fooled some into believing it was a family flick, is truly new ground for Marvel.

However, I do find the score to be insanely high for a film that offers shoddy CGI, a lack of X-Men characters, and a poor story that attempts to shoehorn in familiar pop culture references. With original director Tim Miller missing from the equation, could it be that the intended vision was never fully realized? For these reasons, Deadpool 2 should take it down a notch.

A director that the public needs to keep an eye on is up and comer, Ari Aster. His feature directorial debut, Hereditary, knocked the socks off audiences worldwide. Hereditary tells the story of Annie Graham and her family after Annie’s mother and daughter passes away. Annie begins experiencing nightmares and soon finds a way to contact the dead so that she may speak to her late daughter. The film begins with a cold, anxiety inducing build up that eventually unravels into something more sinister. Rotten Tomatoes gave this movie a score of 89% on the Tomatometer.

While many horror movies are churned out year after year, Hereditary is one of the rare gems that stays true to classic scare tactics while presenting them in a unique, abstract way. The cast of this film worked beautifully as a team to convey the underlying tension of the story, but also sparkled on their own.

Most notably, the performance of Toni Collette was breathtaking. Her descent into madness was believable and terrifying. Hereditary shows that there is no escaping fate, and that family may be as much of a curse as it is a blessing. This film deserves the highest honor for a motion picture. I would give it a 100% if it were in my hands. 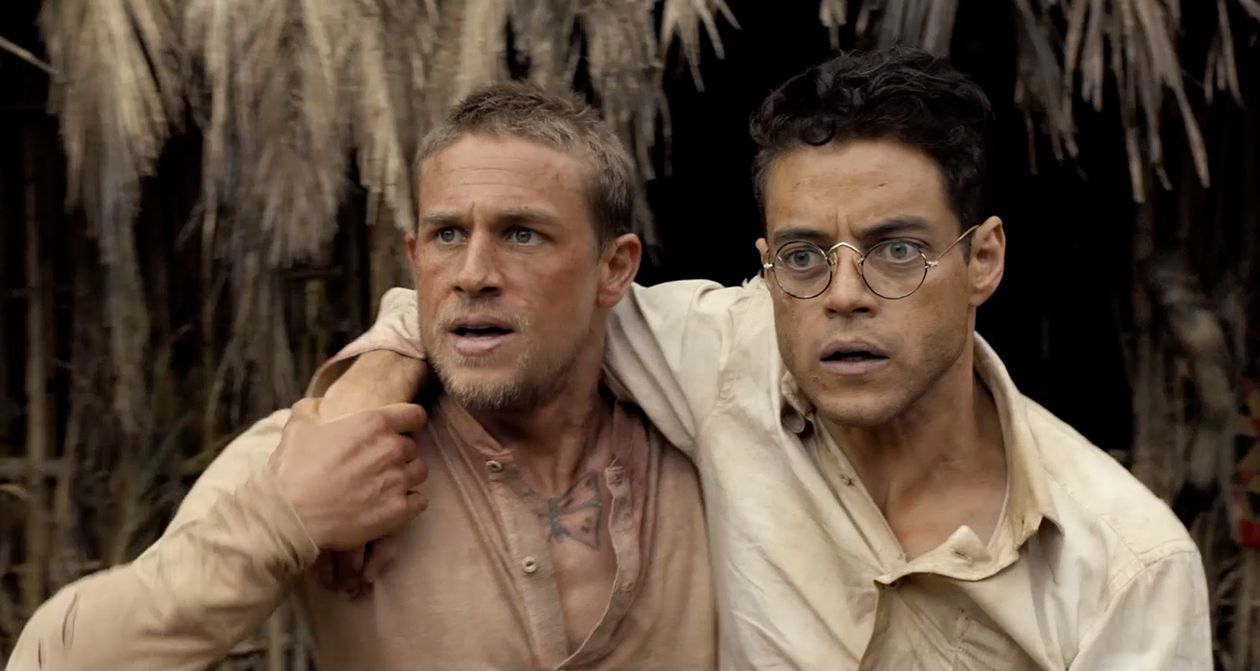 Directed by Michael Noer, Papillon is a biographical film about Henri Charrière and his escape from prison with the help of Louis Dega. Papillon is a remake of the 1973 version by the same name, both of which were adapted to screen from Charrière’s autobiographies. Rotten Tomatoes gives this film a score of 52% on the Tomatometer.

Papillon offers enjoyable performances by Charlie Hunnam and Rami Malek, yet somehow fizzles when it comes to the meat of the film. The story seems to drag on, relying on location shots to keep the attention of viewers. Audience members such as myself questioned why this film was even being remade. Papillon offers nothing new that the previous film did not have. The Rotten Tomatoes score could be lowered, and no one would be any wiser.