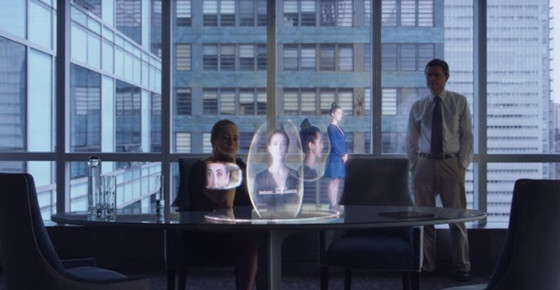 In the near future, Gwen (Jacqueline Kim) is the face of a big pharmaceutical company; she has a daughter named Jules (Samantha Kim) who wants to study in a private and expensive school. However, everything changes when Gwen is fired from her job and must find a way to provide for her family. She’ll have to make a radical choice in order to secure a great future for her daughter.

“Advantageous” is the classic story of a parent willing to do everything she can to save her daughter from a dramatic and sad future; if you think of it only in this style, you won’t find any differences from many other movies with the same plot.

However, the way Jennifer Phang directs the story is crucial in underlining the differences between the aforementioned type of movie and this one. The slow-paced rhythm and the wise directorial choices make you more focused on the characters and their psychology. It’s not only about the entire story – how will it end? – but more precisely, the evolution of the characters and the environment in which they live.

Phang tries to describe a possible future on the verge of dystopian change, making an indirect social commentary on the world in which the characters are living. That’s why the story is only a tool and not the final purpose.   On a technical note, as we said, the movie is slow-paced and well crafted; an honorable mention goes to the CGI, because despite the low budget of the picture, it’s positively convincing. “Advantageous” is a movie you won’t forget easily. 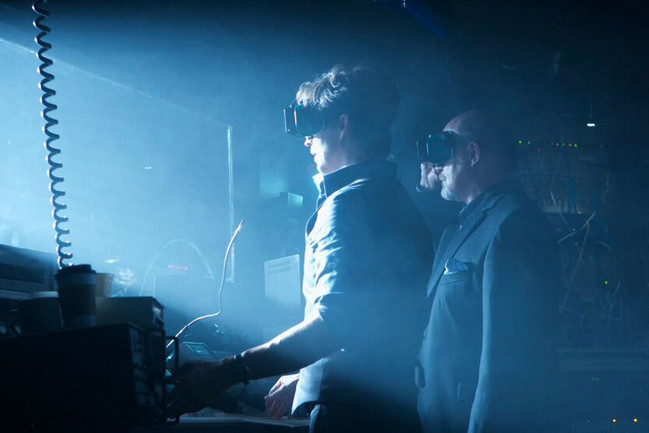 In an indefinite future, three scientists, led by physicist Jim Beale (Chad McKnight), are working on a time travel machine. In order to complete an experiment – traveling a dahlia flower through time – they must seek the help of Klaus Meisner (Michael Ironside), a ruthless venture capitalist.

At the same time, Jim meets a girl named Abby (Brianne Davis). The struggle to create a functioning time travel machine will have a great impact on everybody’s life.

“Synchronicity” isn’t really an innovative movie. We couldn’t consider it as groundbreaking as other sci-fi movies – there’s no reason to mention them, you already know what they are – of the past and present. However, the picture directed by Jacob Gentry is a solid representation of unpretentious science fiction: wonderfully directed, with a great cast and an endearing screenplay.

The references and the quotes are explicitly obvious – for instance, listen carefully to the synth soundtrack and you will find many similarities with Vangelis’ “Blade Runner” music – but Gentry is able to give it his own spin, without blatantly copying the other’s imagination.

Moreover, the screenplay does not focus on one singular aspect – whether it’s the evolution of the story or the atmosphere – but is able to give different sides to the story that are both intriguing and sometimes humorous.

A substantial and entertaining movie about time travel that could delight your taste for sci-fi; an overlooked gem that you can’t miss for any reason. 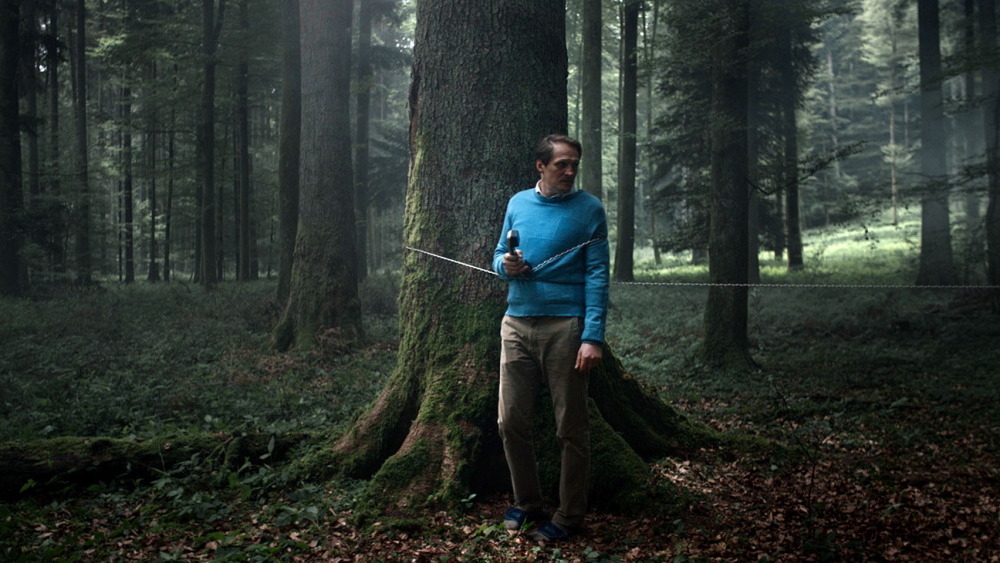 Aloys Adorn (Georg Friedrich) is a private detective who works with his father; his life is monotonous and ordinary. After his father dies, he begins to lose contact with reality, while a mysterious girl called Vera (Tilde von Overbeck) enters his life. The impact will be surreal and surprising.

This Swiss picture made by Tobias Nölle is extremely creative and surreal. There’s no doubt that the director took inspiration from the peculiar works of people like Charlie Kaufman or Spike Jonze; however, Nölle manages to maintain and express his own particular vision, remaining autonomous and independent, both stylistically and thematically. Technically speaking, the cinematography stands out powerfully as sophisticated, rarefied and gorgeous; likewise, the camera movement is flawless in its simplicity and solid work.

The screenplay is truly creative, as the director is able to convey the sci-fi feel without the genre staples: no futuristic reality, no technological environment, no robots, no spaceships. Simple and clever, the movie suggests the problematic idea of the relationship between men and reality.

Sometimes we want to escape the harsh and challenging reality in which we live; we’re not looking to overcome our problems, but we want to be numb and unaware of them. Unfortunately, we may find a way to escape it without being able to come back. The thin line between reality and dreams is sometimes dangerous.

All in all, “Aloys” is convincing in all its parts – screenplay, technical aspects, and performances – and successful in its realization. Another great achievement for European cinema and a hope for its survival.

After the mysterious loss of their child, Josh (Cristobal Tapia Montt) and Isabel (Juanita Ringeling) decide to relocate to a remote house surrounded by a forest. At the same time, they receive a visit from Josh’s colleague Thomas (Kyle Davis) because the two are working on research dealing with a cryptic shortwave message. Isabel will experience strange and horrific hallucinations due to this shortwave.

This is a great example of an independent movie that is able to make up for the low budget with a great and visionary screenplay and a fresh mix of different genres, including sci-fi, thriller, and horror. The performances of the two main characters, who are always present and sometimes the only ones on the screen, are well done and powerful.

Likewise, the technical ability of director Ryan Gregory Phillips and all the crew is perfectly shown; the contrast in the cinematography highlights the difference between reality and hallucinations, while the editing and the sound effects vividly support the more frightening scenes.

In a time when sci-fi is represented in mainstream cinema by superhero movies and franchise blockbusters, it’s refreshing and hopeful to witness that there’s space for original and mind-provoking pictures in the indie and underground film scene. “Shortwave” is cerebral and philosophical, frightening and emotional, complex and visionary. It’s a bold middle finger in the air against all the frivolous and shallow movies the industry forces us to see every year. 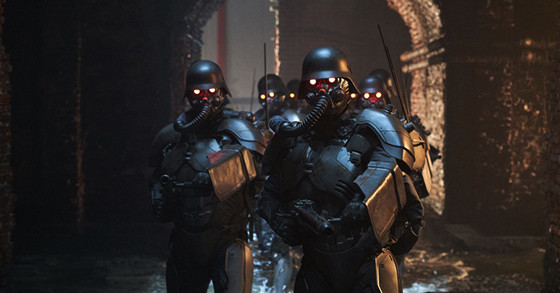 Kim Jee-woon is one of the best directors coming out of South Korea, best known for movies like “A Bittersweet Life” (2005), “The Good, the Bad, the Weird” (2008) and “I Saw the Devil” (2010). After his take on the period drama with the immensely underrated “The Age of Shadows” (2016), he returned in 2018 with this magnificent sci-fi action thriller.

The year: 2029. Both North and South Korea are preparing to unite again; however, a terrorist organization called “The Sect” is formed to contrast and interfere in the reunification process. In order to stop and neutralize the violent group, South Korean police forces create a special and ruthless unit called “Illang.”

Many political intrigues and the mounting violence will undermine the imminent unity. Kim has already proved to be a skillful and gifted director in the past – the umpteenth example of how Asian cinema is saving the mainstream and arthouse industry, in terms of quality – and “Illang: The Wolf Brigade” is no different.

The technical and meticulous approach of directing is superb: Kim is great in the action scenes and the more intimate ones as well, mastering the hand-held camera movements and the static ones. At the same time, the cinematography is able to convey the futuristic and sci-fi aspects that the movie requires.

Even if the picture scored poorly at the box office, you cannot deprive yourself from this vision. You’ve got the whole package: action sequences, suspenseful moments, a futuristic atmosphere, and a political message.