Throughout history, science fiction has been utilized to capture the scientific developments of the times as well as warn us about the implications of the said discoveries. Despite the use of outlandish and futuristic storylines, the best of the genre incorporates concepts that are rooted in our current reality.

In everything from literature to cinema, we are first drawn in by the study of fascinating technological innovation, but what we relate to the most are the mundane stories encased within. Novelists such as George Orwell and Ray Bradbury are successful not just because of their forward-looking predictions about society, but also for their understanding of the human condition in those circumstances. From artificial intelligence to parallel universes to alien invasion, the applicability and verisimilitude of science fiction results from how relevant it is through changing times.

When we think of science fiction cinema, the first ones that come to mind are the ones most well-known, such as Metropolis or Blade Runner. While these are the most influential, as we think harder, there are other gems we must acknowledge — the cheesy nostalgic 80s ones that we grew up on, the low budget ones we accidentally stumbled on, the foreign arthouse ones that featured objective concepts alongside deeply personal philosophical deliberations.

In this truly expansive genre, there are a countless number of hidden gems and unexpected masterpieces. The following list contains some released in the 21st century that we believe should receive more recognition:

Described by Steven Soderbergh as the “illegitimate offspring of David Lynch and James Cameron”, American filmmaker Shane Carruth is known for his experimental filmography as well as his multifaceted talents. He wrote, directed, produced, starred in, and wrote the scores for both his debut feature Primer, which won the Grand Jury Prize at the 2004 Sundance Film Festival, and Upstream Color.

Both films are admired not only for how much they were able to accomplish on their respectively low budgets, but also how innovative and original the filmmaking styles and storylines are. As a former engineer with a degree in mathematics, the concepts he presents are both scientifically sound and technically engrossing.

Upstream Color does not necessarily follow a linear narrative despite the fact that it plays out in chronological order. It tells the story of two people who find their lives interweaved with each other as well as the development of a mysterious organism. The events that unfold are impossible to convey through a simple summary — instead, it is a transcendent look into identity, memory, and what it means to exist.

As the film progressives, different themes — including marriage, love, and birth — are explored under the lens of nature and existence. Through the beautiful cinematography, masterful acting, and layered storytelling, it invokes the work of other auteurs such as Terrence Malick and David Cronenberg while adding its own unique philosophical and thematic elements.

In addition, the experimental filmmaking style shows the versatility of the genre and further demonstrates how ambitious Carruth is. From the score to the acting, every aspect is compelling and adds to the mystical tone of the film. Despite the various interpretations, critics and audience members alike agree that Upstream Color is a truly singular experience that one should not miss. 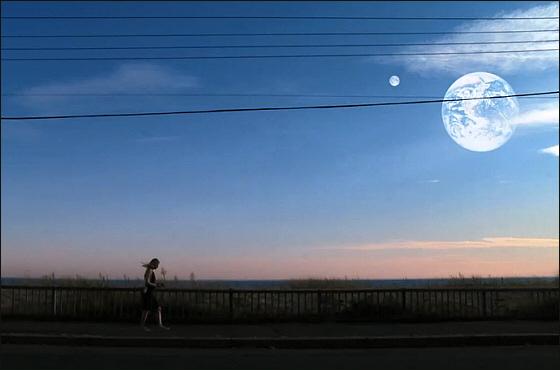 In terms of science fiction movies with incredibly human narratives, Another Earth is among the most heartbreaking and grounded. The most memorable films of the genre are those about the people involved, not just the large-scale effect on humanity, and the 2011 film is a perfect example of that.

On the night an Earth-like planet is discovered in the solar system, 17-year-old student Rhonda Williams crashes into another car while intoxicated. This forces her to serve a four-year sentence in prison, places John Burroughs, a music professor at Yale, in a coma, and kills his pregnant wife and son.

A few years later, they meet again, though John is unaware who Rhonda is, and form a relationship until she wins a chance to travel to the mirror Earth — she realizes then that she must not only tell John who she is, but also let him go in her place.

Inspired by the 1969 British movie Doppelganger, Another Earth is a study of parallel universes and the implications of their existence on life as we know it. Though it seems like it could potentially solve all of humanity’s problems, there are several aspects we need to consider — such as personal relationships, dreams, and passions.

Instead of starting with a known scientific phenomenon and creating a story within it, Mike Cahill and Brit Marling, the director and main actress, started with the latter. They started by considering the idea of meeting one’s own self and formulated the idea of a mirror planet around it. Because of this, Another Earth is an intimate look at an important concept within science fiction along with its connection to humanity and society. 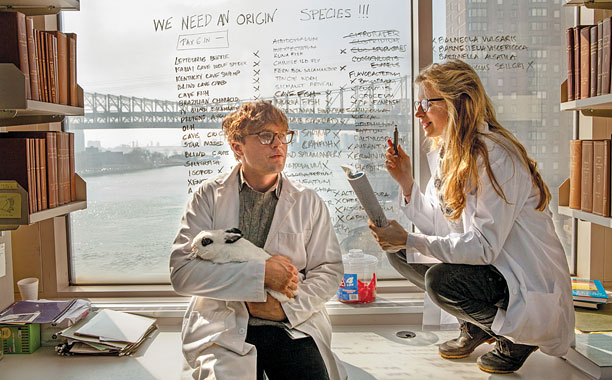 In addition to Another Earth, director Mike Cahill and actress Brit Marling also worked together on another science fiction drama called I Origins. Just like in the former work, it features a poignant story in the midst of shocking scientific discoveries — a scientist, Ian Gray, hopes to disprove religion and superstition with his findings on the evolution of the eye.

However, after his relationship with a beautiful girl causes him to question his theories, he begins to realize the existence of another phenomenon and travels around the world to discover what the truth is. What he discovers is thought-provoking and fascinating.

I Origins is an exploration of reincarnation, biology, and most importantly, love. Though the storyline is slightly far-fetched and scientifically inaccurate, the humanity and imperfection of the characters makes the film relatable and engaging.

Though often criticized for its use of pseudo-science, it should be valued for its daring approach to the topic it discusses — the inevitable divide between religion and science. By studying the shifting views of the times as well as presenting themes applicable on both personal and broader scales, I Origins incites an interesting debate that is ubiquitous around the world.

Before Spanish filmmaker Nacho Vigalondo made Colossal in 2016, he wrote, starred in, and directed Timecrimes. Though at face value a science fiction and time travel film, it also features elements of dark comedy, mystery, and slasher horror — a man named Hector is chased down by a man with pink bandages enveloping his face after spying on a young woman next to his house.

Subsequently, he is tricked by a scientist into entering an experimental time machine, where he travels an hour back in time. Ignoring the scientist’s warnings about what to do, he runs away, setting off a sequence of detrimental results that he must deal with to ensure everything return to normal. With each twist and turn, Timecrimes is both unpredictable and wildly entertaining.

Despite the simple premise, the complicated events that unfold separates Timecrimes from its companions. The amalgam of various genres truly creates an experience like no other. Additionally, though it has no special effects or CGI, it feels more immersive than many large budget films that do. From the pacing to the tone, the storyline is enough to create an immeasurable amount of suspense and tension for the audience.

As the protagonist scrambles to save his fate, it feels as if we are right there alongside him. There is no point where the story relies on cheap plot twists or pandering — every development is pleasantly unexpected and original. Timecrimes is a film that only gets better as it progresses, and it is a must-watch for any science fiction fans. 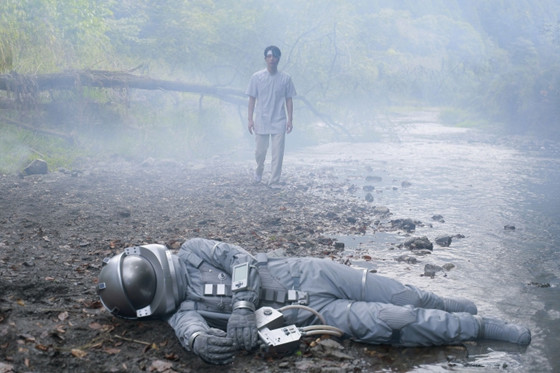 Directed and written by Kanji Nakajima and produced by Wim Wenders, The Clone Returns Home presents an unconventional look into the future of artificial intelligence, technology, and humankind. When astronaut Kohei Takahara dies, his duplicated memories and DNA are used to create a clone.

After he is resuscitated, he begins to have flashbacks to his childhood. The lingering memory that haunts him is the death of his twin brother, who drowned to sacrifice his life for Kohei. By placing the emotional drama within the context of science fiction, The Clone Returns Home is an exploration of memory, identity, and what it means to be human.

Reminiscent of Andrei Tarkovsky’s filmography, The Clone Returns Home is a transcendent and ethereal take on the genre. By focusing on the mundane story instead of fantastical and grandiose technology, Nakajima conveys the importance of humanity and empathy.

The cinematography is elaborate and purposeful — no shot feels out of place or accidental. Its atmospheric yet tranquil style, conveyed through the striking images and haunting implications, shows the weight of the events without having to incorporate any special effects. Bypassing the pedantry of unnecessary scientific jargon, The Clone Returns Home instead focuses on the universal concepts of family, life, and death at the center of the story.

245
SHARES
FacebookTwitterSubscribe
Subscribe via Email or RSS Feed
Pages: 1 2
Comment (1)
Great Recent Sci-Fi Movies You May Not Have Seen