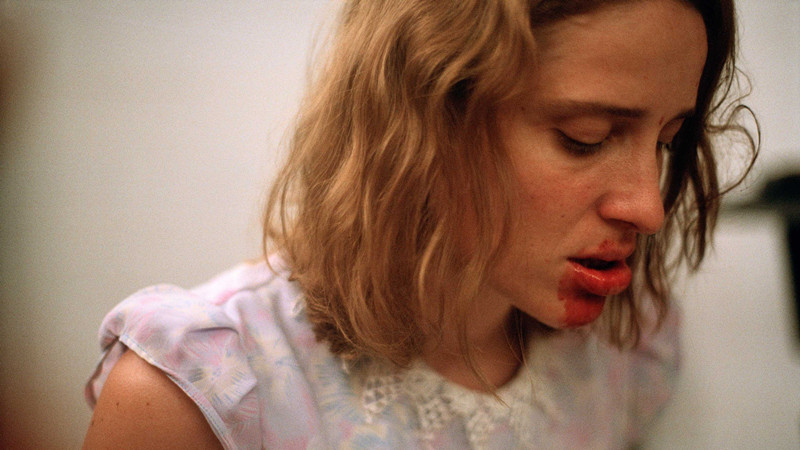 The human being has always been attracted to strong emotions. Some horror movies make us feel uncomfortable and make our blood freeze. Some disturb us deep down and won’t let us spend quiet nights. But not all of the most disturbing films are horror; there are many films of different genres (from drama to sci-fi, from thrillers to historical films) that are able to shock the audience and upset the happiness of the people.

Some movies are so disturbing you will never watch again and that you won’t forget. Here is a list of interesting and valid films recommended mainly to people with an iron stomach. 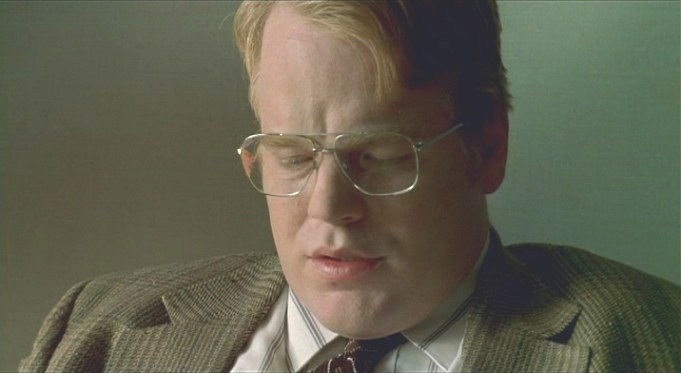 A mixture of dark comedy and drama, Todd Solondz’s most (in)famous work was even rejected by the Sundance Film Festival because of its “obscenity.” This ensemble of stories of unhappy and problematic lives is disturbing because of the extremely realistic representation of life’s malaise. All of the characters don’t know what satisfaction and happiness actually are; the plausibility of the protagonists’ existences are perfectly depicted, and it’s unsettling to think that any of us could be living such a terrible life.

We see, among others, a disgusting phone molester (played by a masterful Philip Seymour Hoffman) and a pedophile who rapes one of his teenage son’s friends. Solondz writes a brilliant screenplay that – with the help of a talented cast and a solid direction – is able to show ordinary people who face the futility and the void of their existences with real-life drama and a bit of bitter irony that makes it all even more disturbing.

Everybody is just interested in money, domination, and sex, even a teenager, who is the happy only one when he finally manages to ejaculate for the first time. “Happiness” cynically puts us in front of the squalor of life. 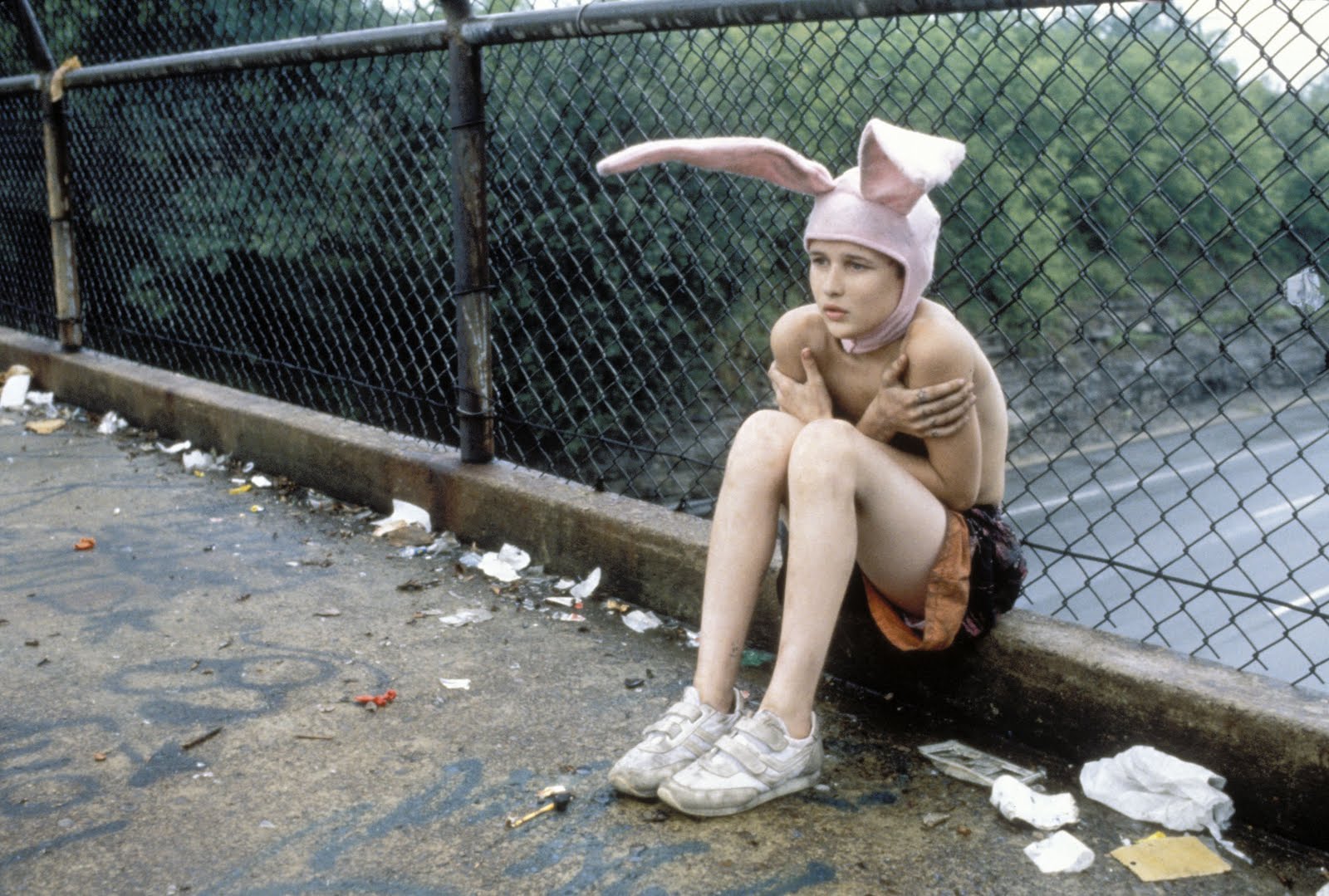 After having written the controversial coming-of-age “Kids” (Larry Clark, 1995), the 24-year-old Harmony Korine debuted with “Gummo,” a story about the lives of different characters against the background of a poor and crumbling town, which had been previously struck by a tornado.

The film focuses especially on Solomon and Tummler, two young boys who spend their time wandering about the town trying to earn a living and committing immoral and illegal acts. The film explores a set of strong themes and it becomes disturbing due to the portrait of violence, drug abuse, vandalism, prostitution, animal cruelty, mental illness, homophobia, and beyond.

Korine uses a raw style to emphasize the representation of humanity on the brink of the abyss, and the underlying pessimism of the screenplay combined with the desolation of the art direction to generate a devastating effect. Given its apocalyptic atmosphere, “Gummo” seems like a warning to make us worry about the drift that the world and humanity itself are taking. 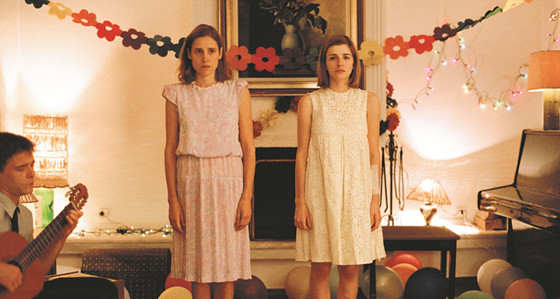 With this feature film, Greek filmmaker Yorgos Lanthimos won the Un Certain Regard prize at the 2009 Cannes Film Festival and was nominated at the Academy Awards in 2011; it isn’t surprising, considering the universal acclaim for this hauntingly beautiful and truly brilliant movie.

Lanthimos takes up the basic concept of Arturo Ripstein’s 1972 Mexican drama “El Castillo de la pureza,” and tells the story of a couple who keep their children ignorant of the world outside their house. With superb direction and a magnificent taste in the composition of the shots, Lanthimos cites European masters such as Michael Haneke and Lars von Trier and creates a personal and unique style.

Powerful, profound, and full of scenes that will resonate in your head for a long time, “Dogtooth” is a claustrophobic and psychologically violent tale of education, parenthood, language, freedom, and human instinct that disturbs and amazes.

American filmmaker Joshua Oppenheimer created two documentaries about the Indonesian mass killings of 1965-66; one of the most tragic events to ever occur, which is unfairly and shamefully forgotten by the majority of people nowadays.

The Indonesian genocide, also known as the “Indonesian Communist Purge” or the “1965 Tragedy,” has seen the killing of hundreds of thousands of civilians, communist sympathisers, PKI members, atheists,  and ethnic Chinese and Abangans. These killings were supported by the army and the government, and the director concentrates on the individuals who took part in the massacre.

It is a devastating story narrated in a compelling way. Oppenheimer goes into detail and tells the truth of a revolting genocide, committed by people who feel no remorse or mercy. A chilling and exhaustive report of a massacre, “The Act of Killing” lets us think about human behavior and faults, and is a witness to an event that must never happen again.

Japanese filmmaker Sion Sono has become a point of reference for lovers of Asian cinema. Along with Takashi Miike, he has directed some of the most famous and acclaimed Asian extreme films: some examples are “Strange Circus,” “Suicide Club” and “Cold Fish”; the latter is a thunderous and relentless thriller about the relationship of a man with his daughter’s employer, who turns out to be a psychopath.

This is a slow burning film: it begins placidly, and after that it becomes more and more insane and overwhelming, and then it ends up in a bloodshed. It also contains some of the most effective imagery of the 2010s.

The character of Mr. Murata is one of the craziest and most memorable serial killers in recent history, and the movie is beautifully surprising. Sono explores the human soul, its demons and faults in a way that only great directors can do, or shock us in an acute way.