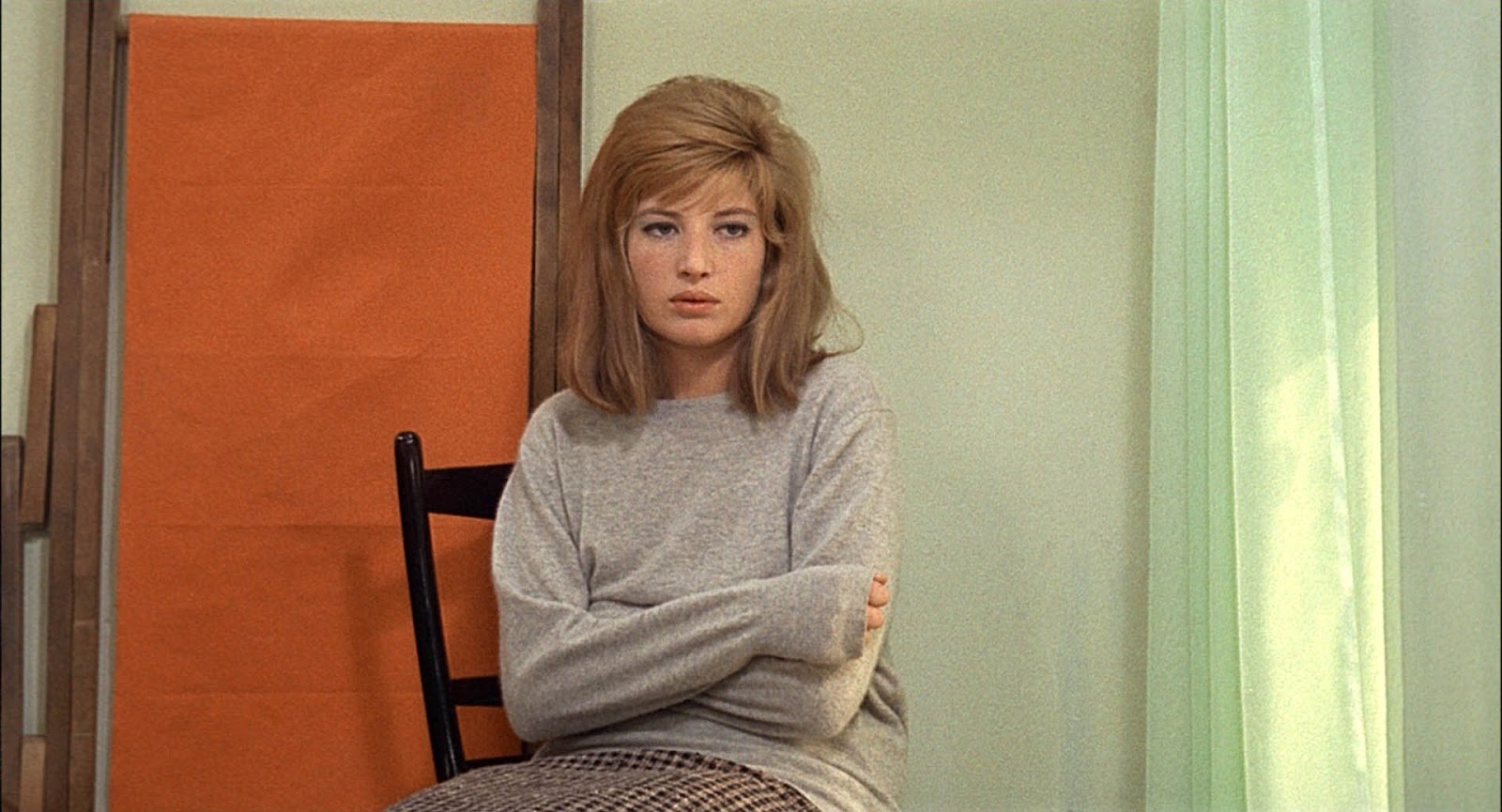 Ingmar Bergman is undoubtedly one of the greatest directors of all time. Through cerebral topics such as religion, philosophy and morality, he has created priceless jewels of the world cinema. Here is a list of Bergman-like works not by Ingmar Bergman. 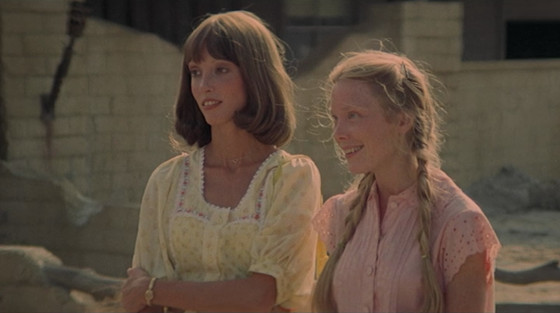 Robert Altman, one of the greatest filmmakers of all time, creates another priceless masterpiece about dreams and multiple personality disorder. Set in a deserted town in California, “3 Women” follows the story of three different girls Pinky (Sissy Spacek), Millie (Shelley Duvall) and Willie (Janice Rule).

Pinky is a shy girl who becomes attached to her co-worker Millie, an outgoing girl who is ignored by everyone. They eventually become roommates and form an odd relationship. Millie also introduces Willie, a girl who never talks. Despite the fact that the three girls are separate individuals, they all share the same characteristics of loneliness and alienation. They experience dark and delusional dreams as well as a gradually personality disorder.

“3 Women” is a mysterious and hypnotic nightmare that looks a lot like Ingmar Bergman’s outstanding masterpiece “Persona”. Both films have similar themes of shared delusional disorder, multiple personality and loss of identity.

Moreover, both films create a dream-like world where reality is just an illusion. In addition “3 Women” is also a great character study of lonely and deranged women. It is a philosophical and psychological examination of life and death. Not only an existential voyage to the unconscious but also a psychotic depiction of a mad world.

“3 Women” is a film that will definitely make an impact to Ingmar Bergman’s fans. It is quite similar to “Persona”, “Silence” and “Cries and Whispers”.

This isn’t only one of the finest works of Robert Altman, but also one of the greatest films of all time.

Shot in black and white, “Sult” is one of the most underrated art-house films of all time. Set in Norway in the 19th century, the film tells the story of Pontus (Per Oscarsson) a talented writer who is unable to find any job.

Although he is completely broke, he is too arrogant and proud to accept charity money or any other help. He prefers literally to starve to death than to lose his dignity. Due to his lack of basic human needs such as food, clothing and healthcare, he has to deal with delusional daydreams and horrifying hallucinations. Not only he has to come up with good writing ideas, but also he has to fight against his nightmarish thoughts.

It is quite obvious that this hidden gem of the European cinema is an existential examination of a completely mad personality. The film looks a lot like Ingmar Bergman’s art-house horror film “Hour of the Wolf”, which is also a nightmarish depiction of a deranged mind.

It is a bleak world of insanity and loneliness, quite similar to Franz Kafka’s “The Metamorphosis”. Not only the characters have to deal with their psychotic thoughts, but also they have to understand this meaningless world. In addition both films have a gorgeous black and white cinematography as well as a unique depiction of thoughts and dreams that create a nightmarish atmosphere.

To sum up “Sult” is one of the most thought provoking and awe inspiring films of all time. A classic work that is quite similar to Ingmar Bergman’s darkest films such as “Persona”, “From the Life of the Marionettes” and “Hour of the Wolf”. If you liked Bergman this will be a surprise.

Directed by Robert Bresson, “Diary of a Country Priest” is a jewel of the European art-house cinema as well as one of the most profound movies of all time. The film follows the story of a young priest (Claude Laydu) who is assigned to a new parish in a French village.

However, the local community does not accept him or his actions. Although he is unknowingly dying from stomach cancer, the priest continues to eat only bread and drink a lot of wine. Through fasting not only he isolates himself from the rest of the world, but also himself from God. It is a spiritual journey of faith and morality.

On the other hand, “Diary of a Country Priest” looks a lot like Ingmar Bergman’s “Winter Light”. This is also a film about religion, faith and acceptance. Both films have marvellous black and white cinematography, captivating performances and well written dialogues. It is a depiction of a lonely and depressed character who struggles with his faith as well as with his own life. There is a cold yet sacred atmosphere that embraces your soul.

Overall, Ingmar Bergman’s faith trilogy (“Winter Light”, “Silence”, “Through a Glass Darkly”) is quite similar to Robert Bresson’s “Diary of a Country Priest”. It is a unique cinematic depiction of faith and religion, that will definitely put you out of your comfort zone. 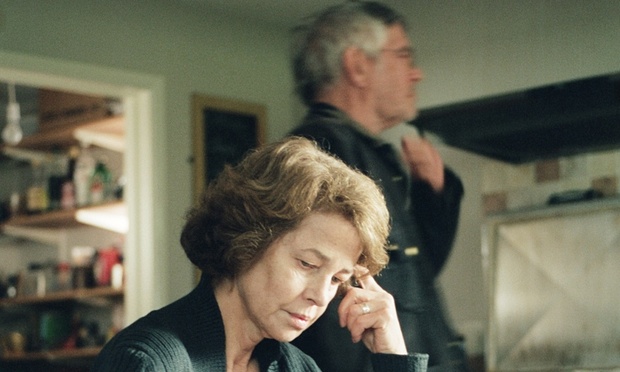 “45 Years” is a slow-paced drama about human relationships and ageing. The film follows the story of a married couple, Kate (Charlotte Rampling) and Geoff (Tom Courtenay) who are ready to celebrate their 45th wedding anniversary.

While they are planning their celebration party, Geoff receives a letter that informs him that the body of his first love Katya, has been found in Switzerland. Not only the couple has to deal with their upcoming anniversary party, but also with this unexpected threat from the past.

Bergman has shown his interest for the theme of the marriage in several films, including the masterpiece “Scenes from a Marriage”. This film also depicts the disintegration of the marriage between a couple. Like Bergman, the director of “45 Years” Andrew Haigh creates another bittersweet tale full of emotions. Not only it is a realistic portrait of melancholy, but also a heartbreaking story with powerful performances.

Moreover, “45 Years” looks a lot like a theatrical play since it has only two main characters and it is based in one room. This technique has been also used by Bergman in his entire filmography. There are a lot of Bergman films that are similar to “45 Years” such as “Fanny and Alexander”, “Scenes from a Marriage” and “From the Life of the Marionettes”.

All in all, this realistic drama is a rare gem of cinema that deserves more love and attention.

Roman Polanski’s “Repulsion” is undoubtedly one of the most shocking and genuinely disturbing psychological thrillers of all time. Featuring Catherine Deneuve in a career-defining role, this claustrophobic film tells the story of a psychotic and sexually repulsed woman, Carole.

Although Carole is a part-time manicurist, she spends most of her time inside of her apartment. Living with her sister Helen, Carole is suffering from panic disorder and agoraphobia. Not only she fears anticipated situations such as human interaction, but also she can’t control her own deranged thoughts.

Eventually, Carole shows symptoms of schizophrenia and psychosis, since she is having delusional dreams, suicidal thoughts and violent hallucinations of rape and murder. She is mentally unstable having a radical personality transformation from a normal girl into a catatonic and insane woman.

This black and white masterpiece by Roman Polanski has a very similar plot, theme and visual style to Ingmar Bergman’s horrifying tale “Hour of the Wolf”. Both films create a scary atmosphere with utterly insane characters and epileptic scenes of cerebral horror. Polanski’s nightmarish depiction of a mentally deranged character with a personality disorder is also quite similar to Bergman’s “Persona”.

In addition, the exceptional direction and the captivating black and white cinematography create an unsettling and terrifying atmosphere. Moreover, “Repulsion” is a claustrophobic nightmare based in one room that will haunt you for a long time.

Taking everything into consideration, Polanski’s vision of a depraved and psychotic character is a remarkable effort to depict a mad world.

539
SHARES
FacebookTwitterSubscribe
Subscribe via Email or RSS Feed
Pages: 1 2
Comments (9)
Great Movies To Watch If You Like Ingmar Bergman