Women have always been at the forefront of films, but can be sadly overlooked. Maybe it was due to the lack of women behind the camera, the audiences, the time period, or a million other reasons. However, when this new art came about in the 20th century, women’s stories have been categorized by stereotype or gender and fallen into a ‘women suffering’ type of film.

These films went from housewives to martyrdom to eventually being the lead in their own stories. Whether we see their point of view or see them as completely objectified, we came to understand the context, emotion, longing, and process of this suffering due to internal or external means.

Therefore, here are 10 films that explore the suffering of women. 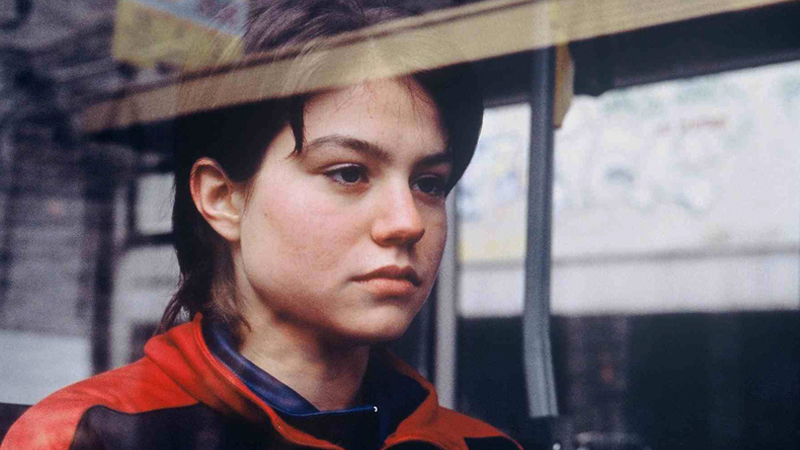 The Dardenne brothers never shy away from tough, bleak situations, particularly those of women. And in their typical documentary-like social realism film, we never escape the life of Rosetta, who is played so raw, brutally, and beautifully by Emilie Dequenne.

The film is fairly straightforward: Rosetta, as a teenager, tries to maintain her jobs while caring for her alcoholic mother. And what we experience is never leaving Rosetta’s side or even air space. The camera is constantly on her in an inescapable fashion, which doesn’t automatically make us sympathize with her, but we come to understand her and feel for her.

Whether Émilie Dequenne is talking to herself in bed convincing herself she is doing okay, or her moving her drunken mother out of the way, she never loses her determination and focus in spite of the hardships around her.

Many films try to show an intense documentary style of realism but the Dardenne brothers show it with one young woman at the helm and we never for a second not feel for her. How can a young woman with nothing going for her have such stamina? We can only view the film and decide for ourselves. 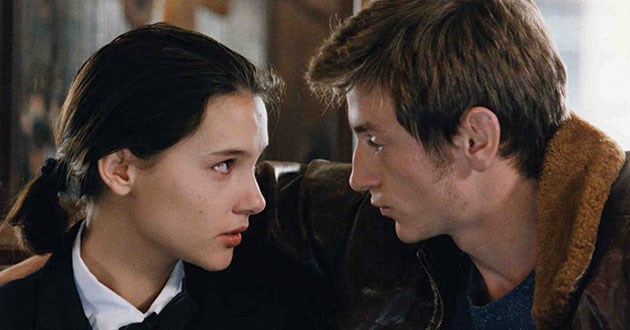 A film released a few years before the predecessor on this list was Benoit Jacquot’s “A Single Girl,” where we follow the 19-year-old Valerie Sergent, played by Virginie Ledoyen. The film follows her daily life working at an upscale hotel as she deals with her new pregnancy and breaking the news to her boyfriend. From arguing with her boss and the long walks in the streets, she expresses much of what she is feeling.

The film has several motifs, such as her trying to call her mother, but the film truly shows the quiet suffering of a young women. Yes, she is pregnant at a young age and has a demeaning job, but she simply tries to live the best version of her life throughout the course of a day.

We are with her every step of the way, literally through the Parisian streets as are the people in the background staring at Valerie. The tone plays out like a theatrical stage play or a tense drama about a person in a couple of hours. Therefore, it’s one of the most realistic portrayals of the mundane ordinary non-happiness that most people experience.

Valerie simply tires of dealing with her situation, and we see how a young woman maintains composure instead of a downward spiral into her own self pity. The future of this woman is left up to the viewer, but the film and character manages to do something else. 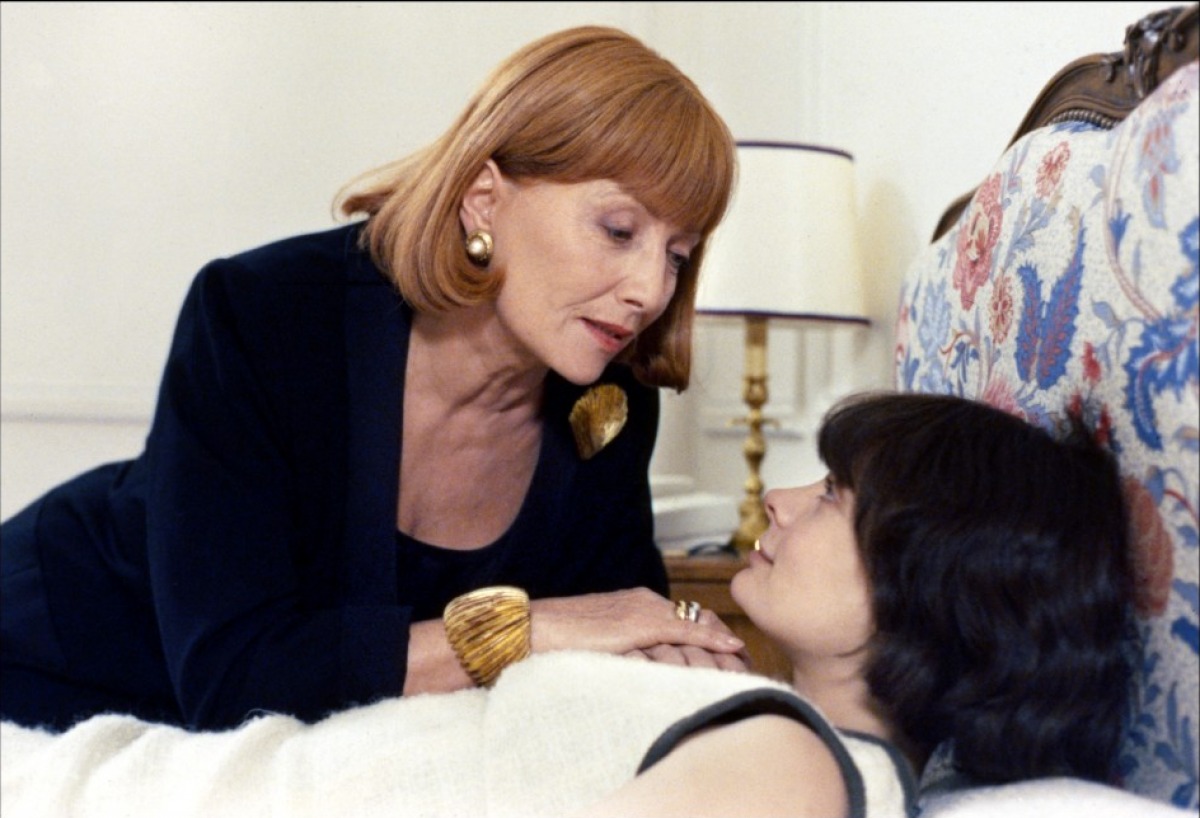 Claude Chabrol loved to explore the relationships between people, usually after a major incident, a murder, an election, or something that brews suspense. However, in his film “Betty,” there is no plot and is strictly just the story of Betty, played by Marie Trintignant. We follow her from bar to bar and from man to man with no real sense of what she is doing.

As the film plays out with Betty continually getting drunk and engaging in sexual activity with men who only use her for sex, we can start to alter our view of her. Do we side with her or grow frustrated at her choices? Chabrol never gives us a backstory as to why she acts out like this.

Yes, we know she is recently divorced and her husband now has care of their two children, but what was the starting point to her alcoholism? We the audience are the sole provider of this character study and that is exactly what it is.

Trintignant plays the film in devising and heartbreaking beauty. Take the scene where she covers herself up while wandering the streets of rainy Paris; we sympathize with her despite her actions toward her few remaining acquaintances. Betty is truly a suffering woman with no reconciliation or redemption on the horizon.

Every film that John Cassavetes and Gena Rowlands have made has been a tour de force of acting. This real life couple and muse relationship might best explore Rowlands’ lead performance. Rowlands plays actress Myrtle Gordon who, after witnessing the death of a young fan after her performance, she starts a downward spiral of her inner psyche.

The death of the fan can be seen as a catalyst for what’s to come and what we discover about Rowlands’ character. We see alcohol, bad affairs with her creative partners, loneliness, and no family life. However, we never truly see what makes Myrtle tick, which increases our attention and has us thinking about it long after the credits have rolled. Even a fortune teller couldn’t decipher what she is going through.

Toward the end of the film, we see a performance on stage where Rowlands may well have portrayed the greatest drunken performance within a performance on screen. She is absolutely loaded to escape what demons are going through her head, and somehow manages to play her role for the play. Rowlands allows us to be by her side and root for her despite all the misgivings and even the unmentioned parts of her suffering.

Almost any of Kenji Mizoguchi’s films could be on this list, from “Street of Shame” to “Women of the Night.” However, it’s in this film where Kinuyo Tanaka goes from upper-class woman to street prostitute in the Mizoguchi fashion of long medium shots with painterly composition.

The film is told in flashbacks from Oharu’s point of view and as the story goes on, we see how she is abused by men, society, and the Japanese structure of the day. Regardless of this being in the Meiji period, the behavior and characteristics are all the same as humans are.

With each new lover and period in her life, we start to witness how she descends down the ladder of society, and much of it is not her fault. Did she get involved with a few wrong men? Yes. But she was just trying to do what was best for her and her son in specific periods of her life.

We can constantly ask why everyone treats Oharu this way. Maybe it’s her history of a daimyo or her abusive father, but the context of how society just continues to add to the suffering of this woman in truly heartbreaking and a very emotional watch. Mizoguchi and Tanaka make a grim subject somehow a beauty to watch, which allows us to discover a new strength, much like Oharu herself.