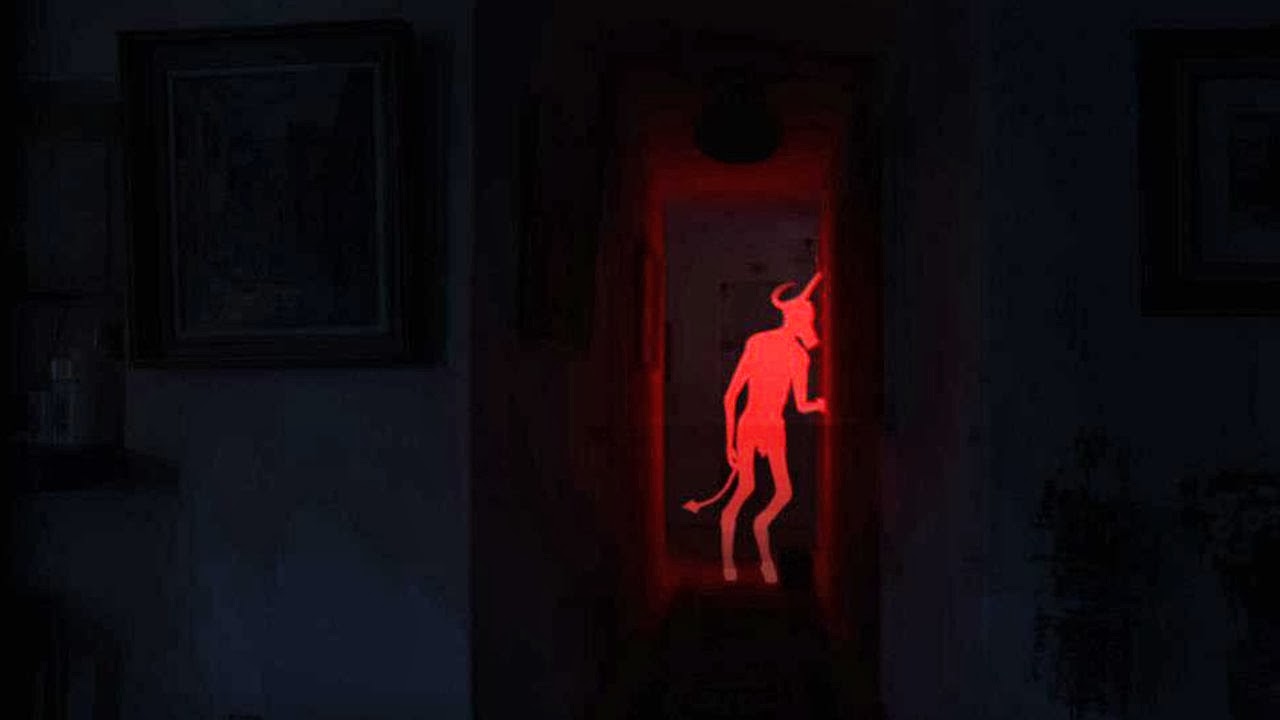 This 2012’s masterpiece, winner of countless awards around the world, Post tenebras lux can be considered The Tree of Life of South America. Its director, Carlos Reygadas, said in an interview that his latest piece is a movie to be felt, not to be understood. Obviously, those statements from Reygadas created several critics to the film, which was rated as a pretentious delirium from the filmmakers. In the other hand, its fans supported Post tenebras lux until the end, having it as one of the greatest pieces. of the 21st century.

The movie tells a story of a rich family that chooses to live isolated in the countryside. There, Juan takes care of his wife, Natalia, and their children, Rut and Eleazar. In a certain moment of his life, Juan decides to go to rehabilitation, as a result of his pornography addiction. Then, between reality and dream, the family need to improve its lack of communication and affection.

The first sequence in Post tenebras lux is a beautiful example of the main theme of the movie: a silent battle between good and evil. An young and innocent child plays with her dogs and the horses on the field. However, suddenly, a huge storm, with black clouds, comes and ruins everything; good and evil, living in constant war. Then, there is Juan, a sweet and lovely father, who really does anything for his family.

However, he has a strong and violent personality: in a random moment, he beats his dog. So, Natalia interrupts him and becomes afraid, implying that this was a recurring attitude. In this stunning Carlos Reygadas piece, good and evil are mixed up in a strange and dreamlike universe.

Alongside with Apocalypse now, Fitzcarraldo was one of the most problematic productions in history. From Klaus Kinski in one of his most disturbed and angry moments, fighting constantly with Werner Herzog, to the death of multiple poor men, who helped in the famous “ship through the peak” scene.

Here, both Herzog, the director, and Fitzgerald, the main character, are moved by one familiar boost: megalomania. Besides all of this production problems, the movie was nominated for the Golden Palm and Werner Herzog won the Best Director award, both in Cannes.

In Fitzcarraldo, Brian S. Fitzgerald, a rich businessman, dreams to build an opera in the small town of Iquitos, inside the Peruvian Amazon. Convincing his lover, Fitzgerald gets the money to built his pharaonic construction. Completely hallucinated and moved by pure ecstasy, the German travels down the river, which costs human lives and collective suffering.

Basically, Fitzgerald is not a person with bad intentions; however, his obsession and greed turns him into a potential murderer. Despite his strange and questionable conduct, is a man with motivational spirit, capable of making anyone believe in his dreams and crazy pretensions. However, this utopian speech do not relieve him from guilt; his ego and megalomaniac ideas are always in front of reason and lucidity. 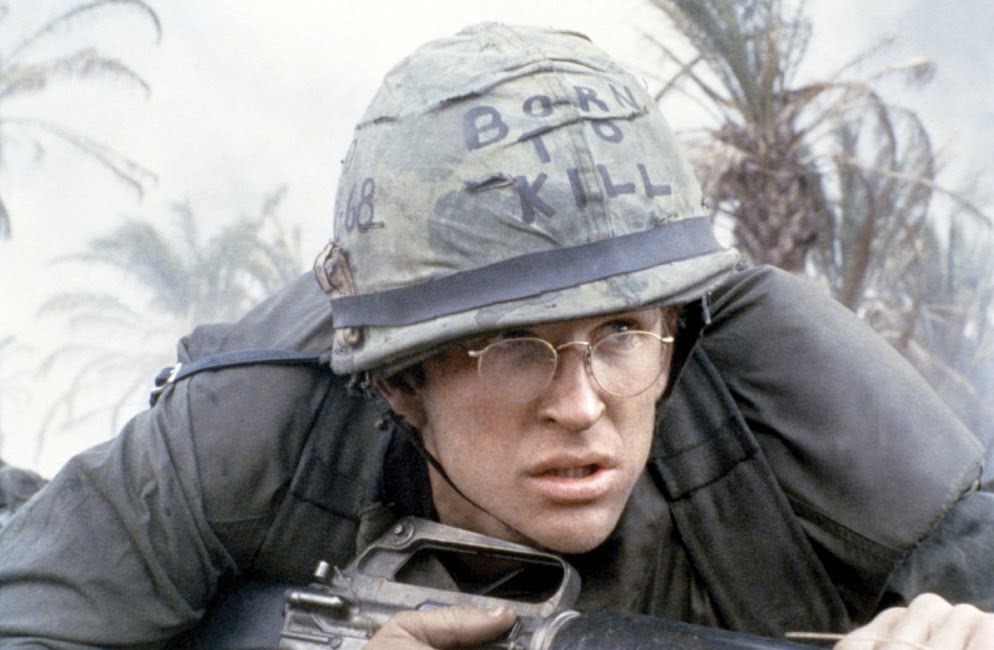 Stanley Kubrick is one of the most versatile filmmakers of all time. A satirical comedy about the cold war (Dr. Strangelove), a disturbing drama about a pedophile (Lolita), an epic movie about Spartacus (Spartacus), an amazing science fiction (2001: A space Odyssey) and a dystopian ultra violent movie (A clockwork Orange). Those are some themes of Kubrick’s masterpieces.

Even though, the American director has never been nominated for the Best Picture award in the Oscars. In his whole career, he never had his deserved recognition in the Academy; but in festivals around the world, his movies almost ever made success.

Full Metal Jacket is a war drama divided in two great chapters. In the first, Joker, a navy volunteer, and a group of soldiers enter in the US boot-camp to be trained by the dreaded Sgt. Hartman. There, the sergeant applies his harsh methods upon the volunteers, traumatizing a lot of them. In the second half of the movie, the main character, soldier Joker is sent to Vietnam as a radio reporter. In the war, the young man involves himself in the bloody battle of Hue.

This particular war movie focus in the preparation of youthful men to the war. In this training ground, their superiors do horrible and disturbing thing with these boys. So, those strange and hard tactics really prepare the soldiers to a potential clash or is just a vile demonstration of superiority?

Apart from that, the troopers are another point of discord between good and evil: are they bad and violent in the essence or they are trained to be like that? In every war, the young and poor always suffer the harsh consequences, while the real genocides, the chairmen, go unpunished. Concluding, who are the real mass murderers in a war? The soldiers or their government? 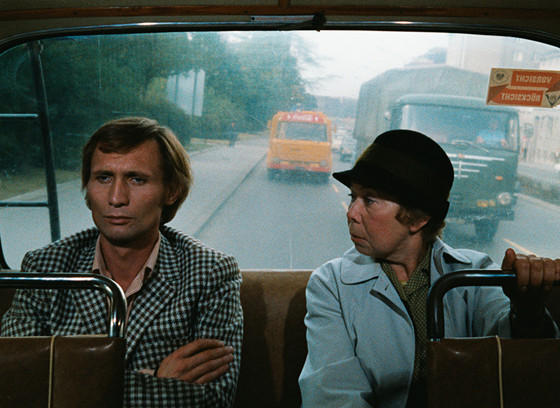 Wim Wenders is the most famous German director in the whole world. His commercial success led him to the USA, where he filmed one of his masterpieces: Paris, Texas. His filmography includes movies like The American Friend, Wings of Desire, Pina and The State of Things.

In his curriculum, Wenders has a Golden Palm, a Golden Lion and a BAFTA award. Here, in one of his firsts movies, the director makes an unique drama about a football goalkeeper, who kills a strange woman after sleeping with her. After that, the man continues living his life normally, rediscovering old loves and friends.

In the first half an hour of the movie, undoubtedly, the spectator tends to hate the main character, Bloch, who recently murdered an innocent girl. But, after this horrific act, Joseph Bloch turns himself into a normal and depressed man. All of this change happens due to the mastery of Wim Wenders to dedramatize the hole scene of the killing, making it as a normal daily action.

Since the beginning of the movie, the goalkeeper seems to suffer with a heavy existential crisis. His life seems to be meaningless, with no emotion. Bloch, then, trying to make his living more pleasurable, he strangles a random human being. Clearly, this does not justify his heinous way of giving emotion to his life. Even though, in the end of the movie, the last impression that the viewer has of Joseph Bloch is: a sad and lonely man who has committed a crime for no reason.

The cornerstone of the modern cinema: Jean-Luc Godard. Le redoutable is the most original and complicated genius of the seventh art. Since his texts in Cahier du Cinema, Godard presented a deconstructive and avant-garde stance. His first movie, Breathless was a tremendous commercial and critics success. Known for its satirical content, exotic acting and audacious editing, this 1960’s masterpiece is a landmark in the history of the cinema.

Breathless is a movie about Michel Poiccard, a car thieve, who killed a cop that pursued him in the countryside. Then, Michel goes to Paris to meet Patricia, a former lover. Arriving there, he promises to the girl that they will travel together to Italy.

However, suddenly, Michel’s face appears in the journals: his crime has been discovered. After that, the couple lives normally around the city, walking by the streets as normal people. Everything changes when a informer sees Michel committing a small crime.

In his first masterpiece, Godard built one of the most famous anti-hero of the cinema history. Michel Poiccard is definitely a dubious man; his personality is a merge between a comic and a misogynist man. Being the protagonist, the viewer expects to identify with him, however, during the movie Michel shows all of his sexist conduct in his relationship with Patricia, always objectifying women. The spectator, however, is seduced by his joking identity and, also, by his tragic end.