Who is the villain in Psycho? Is it the person murdering people at the Bates Motel? Well, then it needs to be clear what person we are talking about. When we first meet Norman Bates, he is considerably shy and has an unintentionally creepy demeanor. Still, he seems like a troubled but harmless young man, and in a way he is. The one making all the killings is actually another side of him, or more precisely a whole other person, his mother.

As viewers, we are free to interpret how separate the two personalities, that of Norman and that of his mother, actually are, and how much blame can be put on Anthony Perkins’ character. Still, all thing considered, Norman Bates still seems like a gentle soul even in his creepiest moments, and we cannot help but feel sorry for him, especially when it becomes clear he carries deep psychological traumas with him. 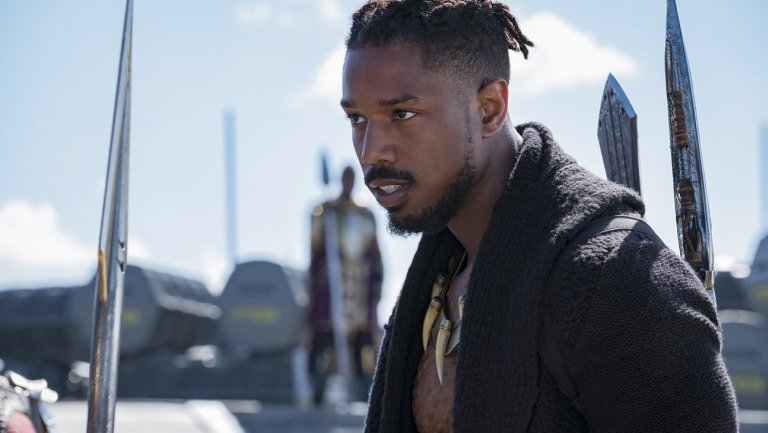 Black Panther is one of the most appreciated movies out of the Marvel Cinematic Universe. Its resonance with many social issues and the fact that it was the first superhero film (or even the first film of this scale) to feature a predominantly African-American cast gave it great relevance.

Aside from this, the film was appreciated for its afro-futuristic setting, the well-directed action scenes, and its inventiveness in showing the many wonders of Wakanda. The story loses some focus through its course, but is mainly built around the power struggle between the new king T’Challa’s and Killmonger, his cousin.

Played by Michael B. Jordan, Killmonger proves quite violent and intransigent in his plans of conquest, but is a well-rounded character and is actually on the right side of some issues: not only he is against Wakanda hiding to the rest of the world, but is a rightful pretender to the throne, and when he defeats T’Challa he gets the indisputable right to govern his country. He has a tragic past, born from the murder of his father by the hand of the king, and everything he does after that, while at times truly horrible, is a direct consequence of the mistakes the generation before him made.

Hans Landa is one of Quentin Tarantino’s best characters. Tarantino basically built the film around him, even if the heroes are Aldo Raine and his crew of “Basterds”, and the proof of this is the statements by Tarantino in which he said that he would have not made the film if he had not find the right actor for the role.

Fortunately, he discovered Christoph Waltz, who went to win not one but two Oscars for his performances in films by Tarantino (the other one being in Django Unchained).

Landa is a despicable human being, a nazi who is more of a hired professional than a true follower of Hitler: he quickly betrays his side as soon as he sees a chance of personal gain. His methods and actions are horrible, and yet something about him makes him a sympathetic figure.

It may be his well-behaved manners, his culture or his gift for conversation: look at the first scene, or the lunch appointment with Soshanna, and you see how ambivalently he comes off. A likeable monster, whose charisma slowly brings him closer to us. Not to say that his eventual punishment is not well deserved.

Fritz Lang’s M is a film about the reaction society has towards the monsters that plague it. There are many types of monsters in the world, but the one featured on M is a particularly heinous one: M preys on little girls, kidnapping and killing them.

The whole town of Düsseldorf rises up against him, and eventually catches him. On paper, a child murderer has no place on a list about sympathetic bad guys. But the film’s true master stroke is exactly this subversion: Lang takes the worst criminal imaginable, puts him in front of a trial of sorts, and then lets him reveal how hopelessly desperate he is about his actions.

In his final speech, Peter Lorre’s character tries to explain how he cannot control himself in any way, and how horrible he feels about it. What we have in front of us is a man wishing to be anyone but what he is, and who is forced to act against his will by an incontrollable darkness that inhabits him.

A masterful performance by Lorre does what we would have thought impossible at the beginning in the film: making us feel sorry for this murderer, and understand how excruciating his life must be.

Ridley Scott’s sci-fi masterpiece was an misunderstood piece of work for quite some time. Today, it is regarded as the ambitious and mesmerizing film it is. Its many recuts and versions did not help initially, as audiences were given very different movies with every new edition.

Still, a few themes at the core of the film have always been indisputable, the most important one being the thought-provoking discussion about what makes people human. Rick Deckard, the protagonist and hero, falls somewhere in the line between replicant and human, and his true nature is left ambiguous. The threat he has to face is that of Roy Batty, a renegade pelicans with advanced functions.

While we see Batty run around with other replicants, doing (as he puts it) “questionable things”, including killing his maker, we cannot ignore how peculiar his existential state is, and how confused such a creature must be. By the end, when Deckard and the replicant face off, we know that Roy Batty is not really a villain, but a victim of the out-of-control system that has built him.