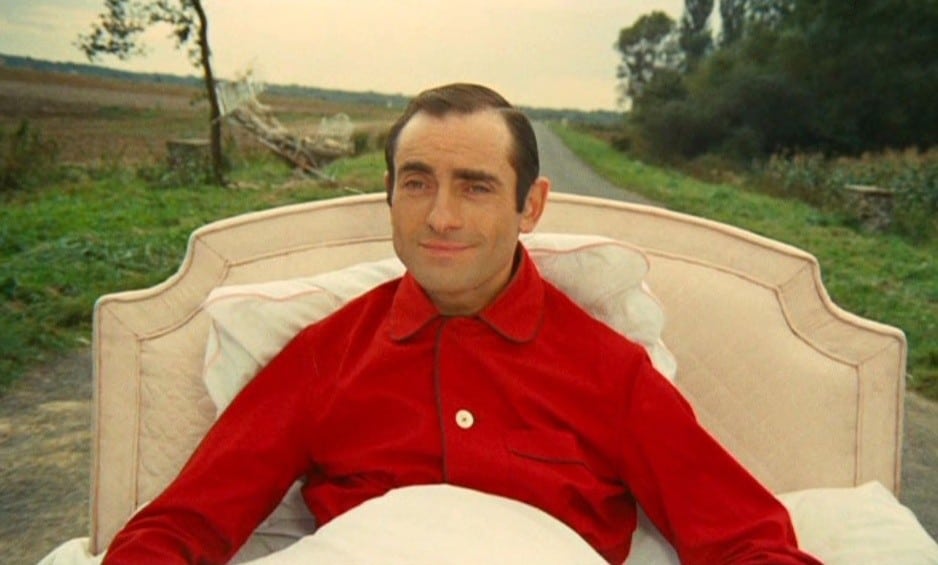 The history of the cinema goes way, way back, though. Even pre-1980 way back. It goes so far back that there was a time when movies had no sound, no colour and not even any competition from Netflix.

From a visually bravura film co-written by a Russian poet to a plotless comic masterwork that bankrupted its’ creator to a chilling film noir set in a carnival, each one of these films is a classic that will leave you wondering why it took you so long to see them.

Inspired by the cinema clowns of the silent era, French filmmaker, Jacques Tati, fashioned a remarkable career out of the combined magic of movement, disorder and a well placed camera.

In his last great film, Tati, as his most famous creation – M. Hulot – gets lost in an unrecognizable Paris of steel and glass. He misses an appointment, runs into old friends, and ends up wandering into the grand opening of a swanky new restaurant that is not quite ready to be grand or opening.

Witty observation after witty observation fall like dominoes in a carefully and masterfully shot visual comedy that manages to democratize the form as a cast of hundreds gets to join in on the fun. Tati uses the entirety of the 70mm frame to comment on the blandness and sameness of modern architecture, the homogenization of culture, the disappearance of the old world, the ridiculousness of consumer culture and how tiring and funny it is scrambling to maintain an illusion of order.

Audiences raised on sight-gag comedy that was loud and in your face will have to keep their eyes moving to spot the mini moments of mirth that populate the edges of this relaxed and mischievous gem. 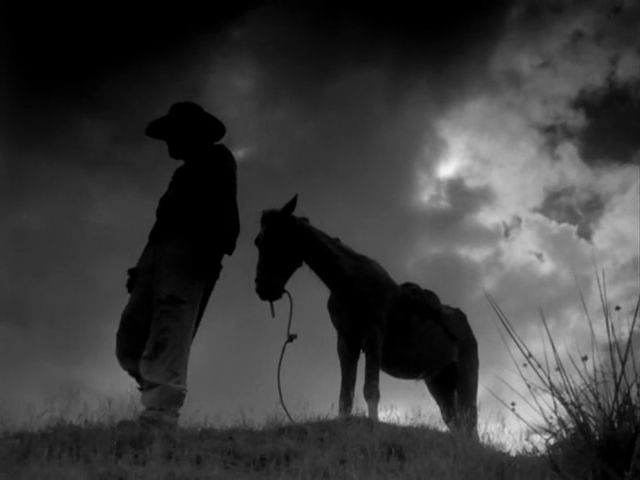 A Soviet-Cuban co-production, this film, shot shortly after Castro’s revolution turned Cuba red, is split up into a series of stunning vignettes that depict the brutal exploitation of Capitalism at its worst and the slowly simmering anger of the people and the eventual explosion that would lead to Batista’s ouster. The politics are clunky and simplistic – that’s how propaganda works. The filmmaking, however, is fluid and wondrous.

A feast for the eyes, this sprawling, anti-Capitalist wonder epic dazzles you with some of the most beautiful and visually inventive black and white cinematography you’ve ever seen. In the hands of master shooter Sergey Urusevsky, the camera soars and swoops and stalks its’ scenes in long takes that deftly capture the emotional essence of each carefully considered and artfully staged segment.

It opens with a God’s eye swoop down from the heavens, off of the water and into a gradually closing sweep over the lush palm tree plentiful island. A voice, claiming to be Cuba’s own, speaks out in quiet anguish at the crimes that it has suffered at the hands of foreign invaders throughout the centuries.

No wonder both Martin Scorsese and Francis Coppola agreed to lend their names and their reputations to aid in the film’s resurrection some thirty years after it’s disastrous release in both Cuba and the Soviet Union.

A perfect illustration of how sublime art can transcend political considerations, “I Am Cuba” is secretly, an ode to the heights that cinema can reach when in the hands of genius.

And that’s no propaganda.

Man, Peter Sellers was busy in the 60s.

A paean to the giddy wonders of childhood friendships and the joys and pains of escaping in them, “The World of Henry Orient” bounces along with plenty of exuberance and opportunities for Sellers to flex his comic chops. 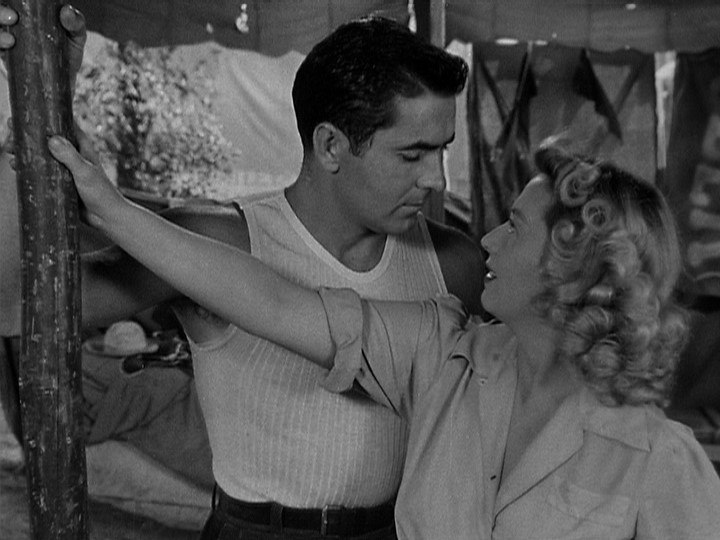 Guillermo del Toro is remaking this one with Bradley Cooper. See the dark and desperate original first.

Tyrone Power plays Stanton Carlisle, an assistant to a mind reading act at a small time carnival. Fueled by a hunger for bigger things, Carlisle torches friendships, left and right, on his way to the big time swindling high society with an act that gets bolder by the minute.

A personal project of Power’s, this film took him to dark places. A born sweet talker and cruelly ambitious, Carlisle pounces on his target’s weak spots and hammers away until they are putty in his hands. His cyanide charm and above the title good looks are a lethal combination. Mark after mark falls for his act with alarming ease. When he joins forces with a psychiatrist (Helen Walker), Carlisle takes his act to another level with devastating consequences.

Power is really a sight to behold here. All dashing and deceitful in equal measure. Whether pulling the rancid wool over the eyes of a naive lover or over the eyes of an elderly woman desperately hoping to make contact with her dead daughter, Power, as Carlisle, shows us the piercing power inherent in a pretty face and an absent conscience.

Here, ambition is a rabid dog who breaks free from its leash to devour its owner. 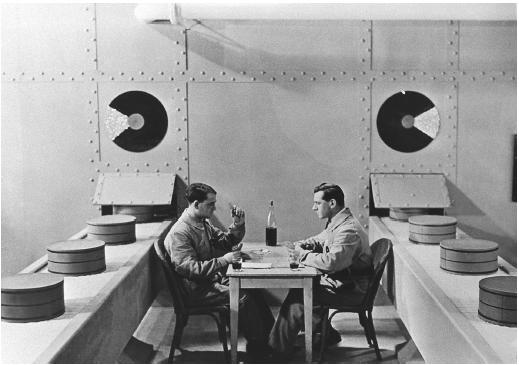 “Liberty is the happy man’s due. He enjoys love and skies are blue.”
– Lyrics of a song from, “A Nous La Liberte.”

Cell mates, Louis and Emile, hatch a plan to break out of prison. Louis makes it over the wall, but, Emile doesn’t.

Years later, Louis has built a phonograph empire – you could in those days. Meanwhile, Emile finally escapes from prison and ends up taking a job in one of his old friend’s factories. Trouble is, Louis’ factory looks and runs just like a prison – monotonous assembly line work, mean looking guards watching over workers as if they were prisoners and uncaring bosses unconcerned with their workers’ happiness.

Whimsical and fanciful, a playful indictment of the drudgery of modern mechanized work and the tyrannical bosses who keep everyone in line, Rene Clair’s ode to humanity’s hunger for liberty is an absolute delight.

Full of witty sing-song dialogue, visual flair and a narrative chock full of clever comparisons and visual motifs, “A Nous La Liberte” is a breezy and dreamy lark of a film.

It made such an impression on Charlie Chaplin that he swiped its’ spirit and at least one very memorable sequence on an assembly line.