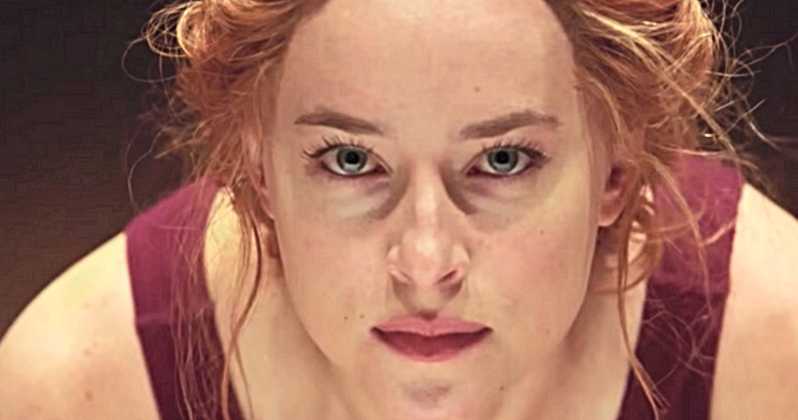 Movies, particularly horror, have the potential to shock audiences through their content. For a few of these effective movies, audiences found something too difficult to handle and responded with boos or, at times, walking out altogether.

The following ten movies were subjected to such a response upon their premiere. Whether due to content or complexities, these ten great movies found themselves at the hands of audience outrage but are now recognized as excellent works of cinema.

Raw premiered at the 2016 Cannes Film Festival where it immediately made headlines. The enthusiasm and the acclaim for the movie was complimented by a healthy dose of controversy with many viewers finding the imagery too hard to stomach. The story follows vegetarian Justine who discovers that she has an affinity for human flesh after being forced to participate in a hazing ritual during her first days at veterinary school.

The controversial scenes sent audiences fleeing with some reports of people being carried out as a result of having fainted at the graphic imagery. As difficult as some scenes in Raw can be to watch, it serves as a fascinating feminist allegory that never ceases to unnerve and chill.

A modern, independent horror classic that isn’t one to be missed.

Scenes to look out for: A woman eats the dismembered finger of her sister; a man is revealed to having had his leg chewed to the bone.

Now deemed one of the most influential and greatest horror movies of all time, The Texas Chainsaw Massacre experienced walkouts upon release due to the style in which its explicit violence was portrayed. Such violence and nihilism had not been shown previously in such a sensory assaulting way. Framing itself as a true story, a number of teenagers go out for a nice vacation only to find themselves at the hands of a chainsaw wielding maniac named Leatherface.

Director Tobe Hooper’s innovative choice to shoot in a grainy, documentary style made the images seem real and thus more effective. Critics of the movie may argue that its violence and twisted nature border on exploitation as opposed to quality filmmaking but time suggests that audiences still find the grisly imagery effective and frightening.

Scenes to look out for: an elderly member of a family of cannibals trying to kill a victim with a hammer; a victim of Leatherface’s hanging by a meat hook.

After Nicolas Winding Refn’s arthouse action breakout Drive, audiences highly anticipated what he would do next. His follow-up, Only God Forgives, was met with mixed to negative reviews with many critics discarding it as pretentious and self-indulgent. However, fans stood by the director and found their loyalty rewarded with the release of The Neon Demon. The movie centers on Jesse, a new face to the modeling industry whose “natural beauty” inspires jealousy from her competitors.

Pedophilia, cannibalism, and necrophilia can all be found laced throughout its 2-hour run time with many audience members finding themselves ready to head out early. Hyper-stylized and surreal, The Neon Demon is a truly unique horror movie that will shock and thrill audiences daring enough to give it a look.

Scenes to look out for: A woman defiles a corpse; a woman vomits up an eyeball.

Michael Haneke is no stranger to controversy but his, perhaps, most divisive and morally reviled film is Funny Games. Funny Games made waves for a number of reasons but its merit was offset by the mixture of raucous applause and intense booing. Viewers found themselves jarred at the innovative narrative techniques, and the mixture of defeatist nihilism and unflinching immorality sparked outrage with many people hitting the exits.

Funny Games follows the story of a family at their vacation home who are interrupted by two psychopathic young men who hold them captive and force them to play sadistic games for them. Motives beyond pure evil don’t seem to exist for the two men and such a pessimistic prospect isn’t one that all audiences found enjoyable.

Scenes to look out for: A man shoots a child in front of his parents; a woman is repeatedly sexually humiliated in front of her husband and son.

Luca Guadagnino followed his critically acclaimed hit Call Me By Your Name with this Suspiria remake, news that came way out of left field for people enthusiastic about Gudagnino’s ability to create emotionally affecting drama. Suspiria immediately garnered attention when audience members at the premiere started to hit the exits early. Dakota Johnson plays Susie, an American dance student in Berlin who begins to learn that the school may be run by sinister forces.

Protruding bones, vomiting spinal fluid, and perhaps the bloodiest finale in cinema history, some critics initially called the movie too over-the-top to be taken seriously. Others recognized it for what it is, the product of a visionary mind given total creative control. Expanding on the lore and heightening the intensity to fever pitch, this is the rare remake that achieves a masterful status by taking on its own unique voice.

Scenes to look out for: A woman breaks her leg with the bone exposed then proceeds to dance on it; a demon figure enters a scene and causes various people’s heads to explode.