In modern society, cinema has become one of the most influential and essential facets of daily life. From massive blockbusters to acclaimed classics to modern experimental films, all genres of cinema play a unique role in impacting lives and society.

The frames of the films we love and admire give us a glimpse not only into the political and social dynamics of their regions, but also valuable cultural traditions and beliefs. It is a medium for connecting with the past and preserving the times and memories that have passed.

Therefore, cinema has inevitably become a catalyst for change and truth. When a film is banned, it reflects not just the contents of the film, but also the state of society — What about the film was too sensitive for audiences to see? Did it contain material that was too graphic for the average viewer, or was there the possibility that it would incite a debate that was potentially threatening to the government itself? In turn, what did this say about the power and scope of the government?

When studying a time period, historians often analyze the most beloved and popular films that were produced. However, something equally important that should be studied parallelly are the films that were banned. In some cases, these lists overlap — for example, despite being banned in Italy for its scalding criticism of the government, Salo or the 120 Days of Sodom is still one of the most well-known films in cinema history.

Nevertheless, in other cases, banned films — often due to the initial censorship — are forgotten over time in spite of their significance in characterizing an important period of history. The list below details some of these great films that we believe are not talked about as much as they should be…. 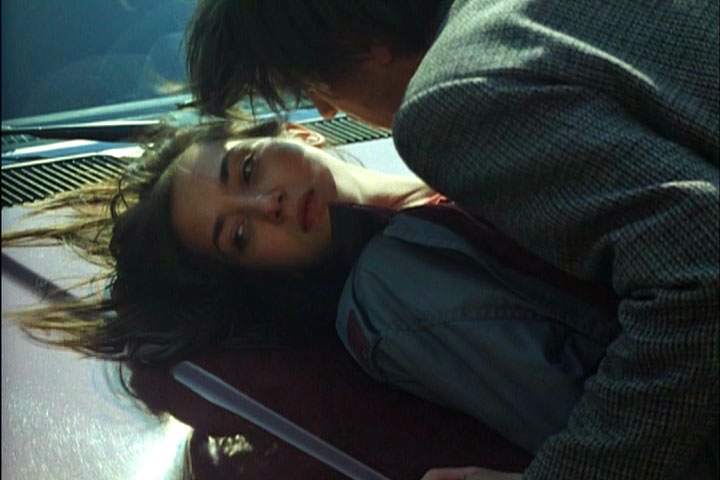 Among French New Wave director Jean-Luc Godard’s extensive filmography, Hail Mary is one of the lesser known. In this modern adaptation of the virgin birth, Mary is an ordinary student who plays basketball and works at her father’s gas station. Her boyfriend, Joseph, is a kind-hearted cab driver and college dropout. When Mary becomes pregnant despite her abstinence, the angel Gabriel guides the couple through the process and accepting God’s vision. Through meditation and reflection on the elements of the earth, Mary comes to terms with the divine prophecy.

Upon its release, Hail Mary immediately stirred up both controversy and praise. At the Cannes Film Festival, Godard was attacked by a man who threw a shaving cream pie at him. Additionally, the juxtaposition of religious themes with full frontal nudity did not bode well with Christians, and Pope John Paul III even claimed that the film “deeply wounds the religious sentiments of believers”. The film had an extremely limited release in France and was banned in Argentina and Brazil.

Despite its initial negative reception, Hail Mary is now regarded as one of the most tasteful and elegant cinematic productions of a biblical tale. Fans of Godard will spot his signature style in the innovative editing and camerawork; those who are partial to his work will find a film that offers unique insight on various principles of life. With its beautiful cinematography and philosophical premise, Hail Mary is a film that transcends its time and even its audience. 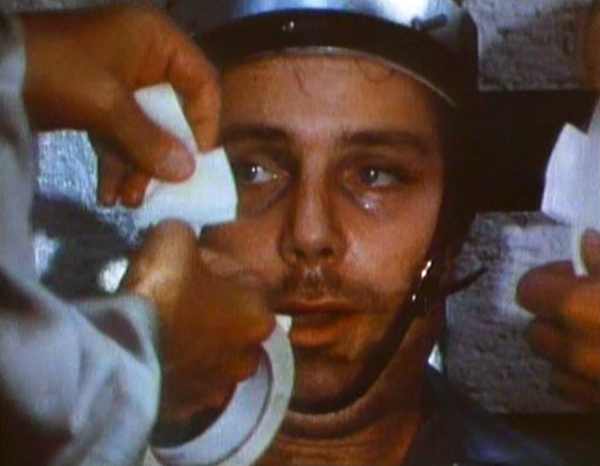 Written and directed by John Alan Schwartz, Faces of Death is, as the title suggests, a graphic yet fascinating look into death. Through footage ranging from home videos to various news broadcasts, the film presents a plethora of violent acts and ways to die — open heart surgery, animal sacrifices, and natural disasters are just some among the collection. Juxtaposing these controversial visuals with monotonous narration, the film is both intriguing and chilling.

When it first premiered, audiences everywhere were under the impression that everything shown on screen was genuine. For years, it was somewhat of an enigma, and viewers discussed and researched extensively to decipher real from fake. Now, with the insight of crew members from the movie, it is revealed that in fact about half of the footage is real, while the other half is staged and created with the use of makeup and special effects.

Though Faces of Death is often advertised to have been “banned in 40+ countries”, it has only been officially banned in Norway, New Zealand, Finland, Australia, and the United Kingdom. To call the reception mixed is an understatement — while some critics consider it to be one of the greatest experimentations in the horror genre, others categorize it as unnecessarily gory and meaningless in its study of death. However, for anyone interested in cinema history, Faces of Death is no doubt an essential venture — its effects on marketing and documentary filmmaking are prevalent even to this day.

However, where the former’s official interpretation is still widely debated, the latter’s political themes and societal criticisms are much less subtle: A young boy shot as a joke, a bourgeois man with a swarm of flies on his face, and a woman fellating the toe of a religious statue are among some of the sequences shown. The film ends with a shocking allusion to the contentious novel 120 Days of Sodom, and the final image is a Christian cross decorated with the scalps of women.

At first, L’Age d’Or was met with great success and popularity. However, about 3 days after its initial premiere in Paris, the right-wing “Ligue des Patriotes” (or League of Patriots) became angry at the themes displayed in the film. In protest, they threw ink at the cinema screen, assaulted opposing audience members, and destroyed art works in the lobby.

Additional reactionary groups became angry as well: a Spanish newspaper even condemned the film as “the most repulsive corruption of our age, the new poison which Judaism, Masonry, and rabid, revolutionary sectarianism want to use in order to corrupt the people”. Due to the intense reaction, patrons withdrew the film from public exhibition and commercial distribution for more than forty years, and L’Age d’Or did not have its legal premiere in the US until 1979.

Today, L’Age d’Or is much less controversial, but it is still regarded as one of the most important and influential works in surrealist cinema. Besides its significance as one of the first sound films to be released in France, it also represents the power of cinema in inciting political debate. With its beautiful cinematography, innovative visual style, and relevant themes, L’Age d’Or offers a profound look into the workings of modern society and filmmaking as a vehicle for change.

When Iranian director Mohsen Makhmalbaf was 17 years old, he stabbed a policeman to steal a gun and served a five-year prison sentence to pay for this action. His efforts as a fundamentalist rebel to overthrow the Shah’s regime would return later in life — Twenty years later, when he was casting unknown actors for his film Salaam Cinema, the same policeman, Mirhadi Tayebi, came in for an audition.

Subsequently, it was this remarkable encounter that inspired Makhmalbaf’s A Moment of Innocence, which retells the events that had unfolded along with how the characters came to terms with what happened. In the film, the actors play themselves and their stories are tied together with the addition of a fictional young woman. The final product is a profound film that is humorous, beautiful, and incredibly personal.

Questioning everything from political activism to the concept of memory itself, A Moment of Innocence was banned in Iran for these complex themes. Through various juxtapositions, such as that between past and present or dramatization and reenactment, Makhmalbaf presents a film that is brilliantly layered and self-reflective.

However, despite the striking amalgam between fiction and reality, the simple premise of the film keeps it grounded enough for the audience to understand what is unfolding at all times. In addition, the heavy subject of the film never feels partisan or polemical — instead, it is genuine commentary on the human condition and its ability to empathize, forgive, and love.

When A Moment of Innocence first premiered in America, critics were divided on the film. While some pronounced it to be a brilliant masterpiece, others found it sluggish and even amateur in its filmmaking style. However, despite this split in opinion, there is no argument that it is still an extremely unique experience and there is almost no other film like it.

Even now, about 20 years after the film’s initial release, its universal themes are still relevant and important. A Moment of Innocence is yet another example of how oftentimes, some of the most innovative films in history are vastly underappreciated. 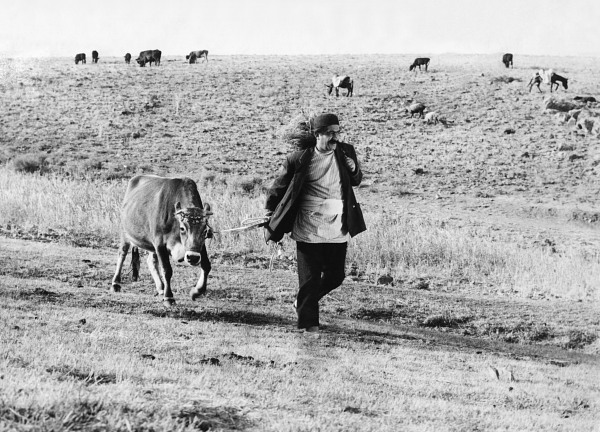 Just like A Moment of Innocence, The Cow is another testament to the originality and ingenuity of Iranian cinema. Directed by Dariush Mehrjui and written by Gholam-Hossein Saedi, The Cow tells the story of an old man named Hasaan who feels defined by his ownership of the only cow in the village. Besides his magnanimous love for the creature, he also feels the cow is what provides him with the respect and admiration of the other villagers.

When the cow dies, he is unable to cope with the concepts of death and loss — as he slowly goes insane, he begins to imagine himself as the cow itself. Through the philosophical and metaphysical premise, the film is deeply allegorical and describes the fleetingness of all existence.

Considered to be the first film of the Iranian New Wave, The Cow was inspired by other movements, such as Italian Neorealism and German Expressionism. By combining techniques from each, the result was a masterpiece that marked a new era for Iranian cinema. Instead of the traditional tales about modern cities and grand heroes, it was a bleak account of a rural village and an ordinary man coping with the transience of the universe.

The masterful acting, remarkable cinematography, and transcendent storyline at the heart of the film create an experience that is incredibly powerful and moving. While the most well-known interpretations for what the cow represents are Iranian cinema and society before the Iranian Revolution, the broader, humanist message is one that is relevant and meaningful to audiences everywhere.

The Cow is just as significant historically as it is artistically. Before the Iranian Revolution, it was banned by the Shah for its portrayal of Iran as a rural and outdated society. After the revolution, cinema was on the brink of being banned or, at the very least, censored to the point that it would be impossible to express any actual messages — however, it is said that the leader, Ayatollah Khomeini, enjoyed Mehrjui’s film so much that he allowed Iranian cinema to remain open and accessible. The Cow is a masterpiece that should be discussed for both its impact on filmmaking and society at large.