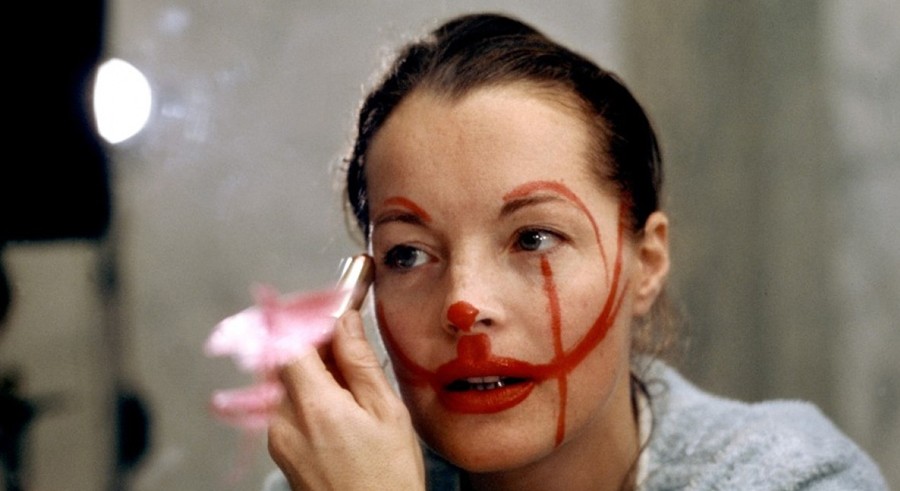 There are numerous art-house films that have either been neglected or underappreciated. From existential dramas to suspenseful thriller, here is a list of some hidden gems of the art-house cinema that you have probably never seen. 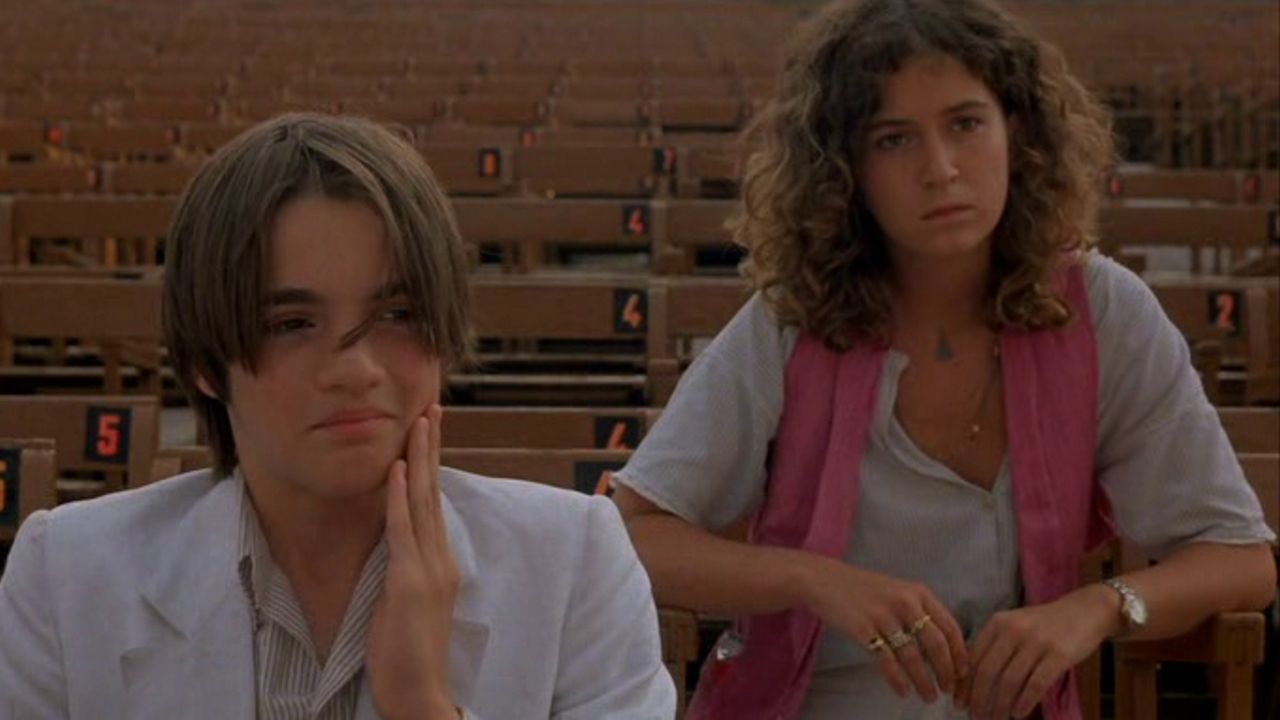 Directed by the legendary Italian filmmaker Bernardo Bertolucci (“Il Conformista”,”Last Tango in Paris”), “La Luna” is an emotionally demanding film about an incestuous relationship between a mother and her beloved son. This challenging melodrama is also a deep exploration of the Oedipus complex as well as an ode to Sigmund Freud’s psychoanalytic theory.

To be more specific, the film follows the unconventional story of Caterina Silveri (Jill Clayburgh), an opera singer, who embarks on a trip to Italy along with her teenage son Joe (Matthew Barry) after the death of Joe’s father. Joe is a troubled and lonely boy who has strong feelings for his mother, whereas Caterina a gorgeous opera diva who is absorbed by her work. When Caterina discovers that her son is addicted to heroine, she desperately tries to save him. They form an incestuous relationship, and she reveals that Joe’s real father is another man.

It goes without saying that “La Luna” is a disturbing drama that examines the Oedipus complex excellently. Bernardo Bertolucci manages to create a realistic depiction of an incestuous relationship. This is also a psychological study of two tormented characters as well as a philosophical examination of the unconscious.

On the other hand, the spellbinding performances, the visually stunning photography and the great classical music score enhance the tense atmosphere.

Despite the fact that the film has received some mixed reviews, “La Luna” is a hidden gem of Bertolucci’s filmography that deserves more love and attention.

“Irma Vep” is a criminally underrated avant-garde drama created by the French director Olivier Assayas. Inspired by François Truffaut’s “La Nuit Americaine” and Rainer W. Fassbinder’s “Beware of the Holy Whore”, the film is an effort to depict the French film industry of the 1990s.

This genuinely unique film follows the renowned director René Vidal (Jean-Pierre Léaud) as he decides to make a remake of Louis Feuillade silent film “Les Vampires”. Maggie Cheung stars as the main character of this experimental remake of the black and white film. She plays the role of Irma Vep (an anagram for the word “Vampire”), a burglar with a black latex suit. When Maggie learns that a crew member Zoe has a crush on her, everything goes out of hand. What follows is a bleak depiction of the chaotic process of filmmaking as well as a surreal presentation of Vidal’s unfinished film.

It is quite obvious that “Irma Vep” is an academic study of the French avant-garde cinema as well as an ode to the silent films. The decline of French cinema of the 1990s is presented through the eyes of a Hong Kong actress Maggie Cheung.

Moreover, Olivier Assayas manages to create a realistic portrait of a true artist. In addition, both performances by Jean-Pierre Leaud and Maggie Cheung are absolutely phenomenal.

To sum up, “Irma Vep” isn’t just a rare gem of the French art-house cinema, but also a hidden jewel of Assayas filmography. 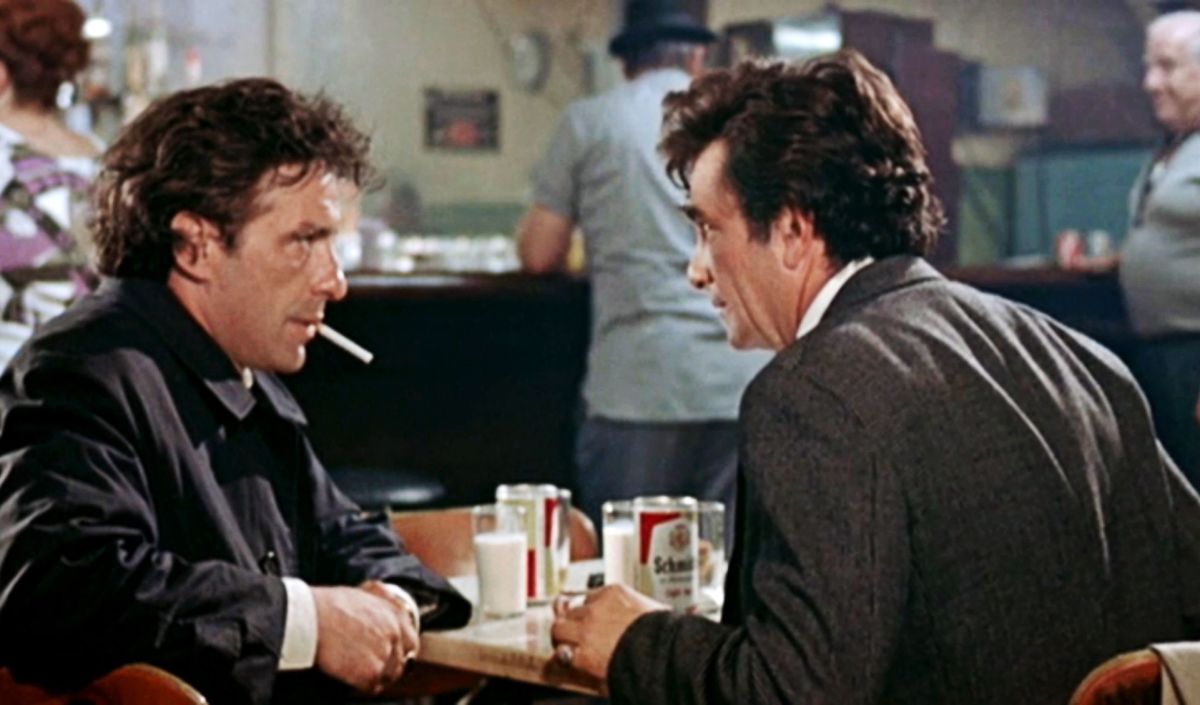 “Art films aren’t necessarily photography. It’s feeling. If we can capture a feeling of a people, of a way of life, then we made a good picture.” – John Cassavetes

Influenced by the cinematic style of John Cassavetes, Elaine May creates one of the most underrated American films of all time. This unsung masterpiece isn’t just a highly entertaining drama about a true friendship, but also a subtle commentary on the American Dream.

John Cassavetes stars as Nicky, a small time bookie that stole some money from his mob boss. Nicky is hiding in a hotel room because there is a contract on his life. When Nicky calls Mikey (Peter Falk) to help him get out of this trouble, the two of them embark on a crazy adventure through the dark alleys of Philadelphia.

Although the film begins as a typical gangster movie, it soon evolves into a deep and heartwarming drama about friendship. This is clearly a mediation on true friendship, as well as a psychological study of two paranoid characters.Through long dialogues and close shots, Elaine May manages to capture the feeling of a real friendship. Additionally, John Cassavetes delivers one of the best performances of his acting career, whereas Peter Falk is also sensational.

Overall, “Mikey and Nicky” is an emotionally demanding film about the true meaning of friendship. This underappreciated gem of Elaine May will be a pleasant surprise for those who enjoy the independent cinema of John Cassavetes. 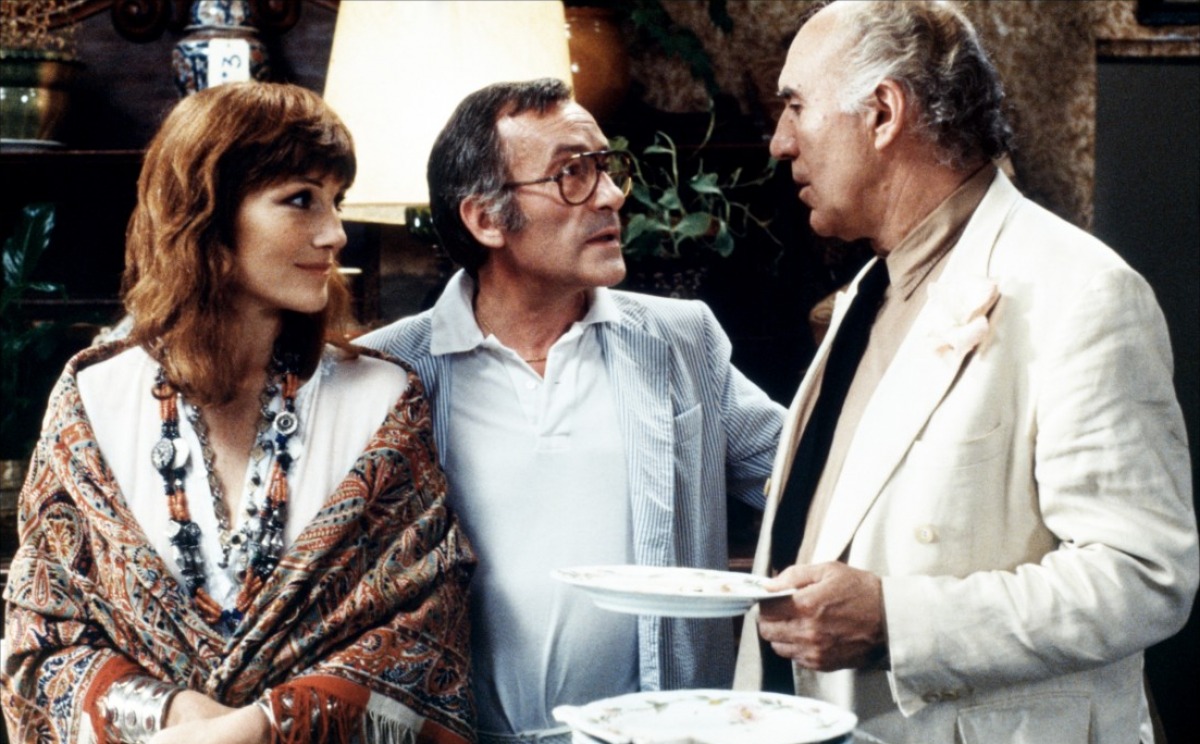 “Milou en Mai”, also known as “May Fools”, is delightful comedy directed by the French filmmaker Louis Malle. Set in France during the May 1968 student unrest , the film depicts the impact of the cultural revolution on a bourgeois family.

When Milou’s (Michel Piccoli) mother dies, the rest of the family along with some friends and unexpected guests gather at the countryside estate to attend the funeral. Unfortunately, the deceased mother can’t be buried since everyone is on strike.

At first everyone is interested in the inheritance, but soon the become worried about the events of May 1968, such as protests and general strikes. The death of the mother as well as the consequences of the cultural revolution force them to reevaluate their lives. Through some insightful conversations and adult games, hidden secrets are revealed.

Despite the fact that “Milou en Mai” was overshadowed by Louis Malle’s other great works, such as “Au Revoir les Enfants” or “Elevator to the Gallows”, it is an excellent portrait of the May 1968 uprising. This farce is not only a social critique of the bourgeois lifestyle, but also a great character study. Michel Piccoli delivers an outstanding performance as middle aged man at an existential crisis.

All in all, “Milou en Mai” is a heartwarming film about the events of May 1968 in France that has been neglected for a long time. This hidden gem of the French art-house cinema of the 1990s is one of the most underrated works by the renowned director. 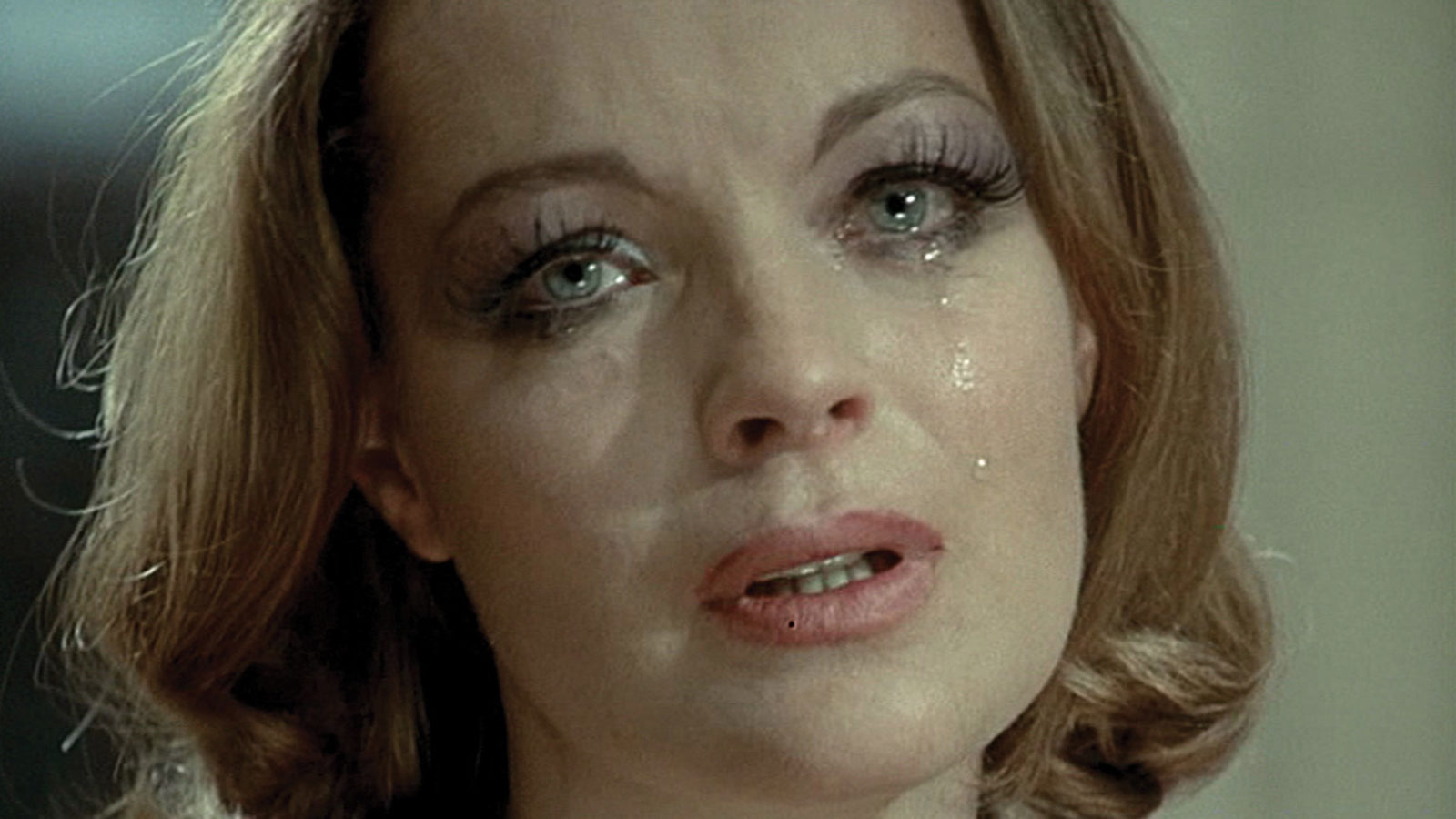 “L’important c’est d’aimer” (also known as “That Most Important Thing : Love”) is an underrated masterpiece directed by the Polish filmmaker Andrzej Zulawski. Although the film is based on the novel “La Nuit Américaine” by Christopher Frank, Zulawski manages to create a genuinely unique art-house drama about love.

The film tells the story of Nadine Chevalier (Romy Schneider), a b-movies actress who meets Servais Mont (Fabio Testi), a young photographer. When Servais Mont falls in love with Nadine, he decides to borrow some money to produce a theatrical adaptation of William Shakespeare’s “Richard III”. He gives Nadine the role of the main character and hires the paranoid director Karl-Heinz Zimmer (Klaus Kinski). Nadine, who is married to Jacques, has second thoughts about her marriage. Everything goes out of hand when Servais’ plan to seduce Nadine fails.

Despite the fact that unrequited love is the main theme of the film, Zulawski manages to create a multi-layered film that excellently depicts the poignant meaning of art.

This intense drama not only features some powerful performances, but also some genuinely disturbing scenes. To be more specific, Romy Schneider received the César Award for the Best Actress for this magnificent performance. Additionally, the legendary Klaus Kinski delivers another spellbinding performance in a guest role.

Taking everything into consideration, this hidden gem of Andrzej Zulawski’s filmography is a triumph of art-house cinema. A visual poem about the dark side of love.