This is what the many years of my writing has led up to. Where does one even start when it comes to the greatest scenes of all time? One film can even have a number of scenes to pick one (a conundrum I faced while making this list). I could have made a 200 scene list; I’m sure anyone reading this could list off endless amounts of their favourite moments. Narrowing the list down is a challenge that reminds me of why I love these scenes in the first place: so much with so little is the work of pure magic that I hope to replicate with these picks.

What makes a great scene? To me, a great scene is like a notable song off of your favourite album. It strengthens the greater whole. It stands out amongst the rest. It survives alone when witnessed outside of the film’s context. Of course, in regards to that last point, all of these moments work best when witnessed in context, but these are parts that flush you with an influx of emotions attached to an entire film in mere minutes.

This is an impossible list, but it is one where the debate spawned from these picks can be our moment to share what scenes affected us the most. My main rule was to try and stick to one scene per filmmaker, so this list can have more variety. These are the twenty five greatest scenes in cinema history.

Also, there will be many spoilers ahead, so read with caution.

Wong Kar-wai’s romantic drama is beautifully like love itself: part of the charm is how our own emotions get toyed with. In a scene where Chow and Su try to practice how they will approach their own spouses with accusations of adultery, we might forget ourselves that this is not a reality.

The moment repeats with different results, but the practice stings no matter how the events unfurl. Hearing that your life partner is cheating is devastating, even if the confession is not even real or by said loved one. This is the death of connection within a relationship that shakes us up even though it is a rehearsal.

Out of all of Rainer Werner Fassbinder’s accomplishments, World on a Wire is an undeniable opus full of gorgeous imagery and existentialism. Fred Stiller now knows that his own world is fabricated (like the false realities he could enter). He exiles himself from the city and hides in a log cabin in the middle of nowhere. He almost kills a simulated Eva (who turns into a rapid dog).

A swirling noise bothers him (and us). A tree collapses out of nowhere. This is the world as we know it, but it feels like the most alien moment of the film. As Stiller goes crazy and we become skeptical, we arrive at the explosion of the cabin: the destruction of stability.

Jean-Luc Godard tried to change the cinematic language, and in doing so reminded us of why films function the way that they do. One of his most popular cases of unorthodoxy is the appropriately named Bande à part (or Band of Outsiders). The three misfit leads engage in a synchronized dance that repeats again and again (like a tape loop). The music is interrupted by internal thoughts.

Eventually, one of the trio leaves for coffee. He is shortly followed by the other man, with Anna Karina continuing alone for a brief moment. We learn about the relation between image and sound, all while being hypnotized by some good old fashioned French New Wave style.

22. Charade – Showdown in the Theatre

In Stanley Donan’s experiment on identities, we witness a cast of characters come and go (either through changing monikers or with actual death). We arrive at the final showdown, which is appropriately within a theatre.

Carson Dyle is on stage after his great performance playing “agent” Bartholomew. Regina Lampert is stuck in the prompt box. Cary Grant (whoever the hell he is portraying at this point) is underneath the stage. Grant’s character (who is eventually revealed to be Brian Cruikshank) has to follow Dyle’s footsteps and voice in order to trigger the correct trap door and defeat Dyle. It’s not only a terrific metaphor (the end of a “play”, or a charade), it’s downright nerve-wracking.

21. The Master – Processing without Blinking

No matter how you feel about Paul Thomas Anderson’s philosophical The Master, there is no question that there is one scene that wins every viewer over: the processing scene between Freddie and Lancaster Dodd.

Everything goes smoothly at first, until Dodd requests that Freddie answers the next set of questions without blinking. Should Freddie blink, he has to restart the set of questions. Freddie, an alcoholic veteran, struggles right off the bat out of sheer habit; he soon becomes self-destructive, and eventually highly anxious. We feel the tension, understand the brainwashing at hand, and feel nauseated with discomfort. We watch a mind change right in front of our very eyes.

If there is anything Akira Kurosawa understands well, it’s complexity. The three-and-a-half-hour epic of Seven Samurai is an emotional roller coaster that does not let up at all.

The very end has villagers rejoicing; we, too, feel happy after the good side won. However, we are immediately humbled by the three remaining samurai, with the graves of the four other warriors looming over their heads. They decide that only the farmers have won, since they lost the majority of their team.

This is a moment that changes the entire story: could this achievement have been accomplished in any other way? The ending of Seven Samurai reminds us to always take into account the steps taken towards a win, and not just the victory itself. 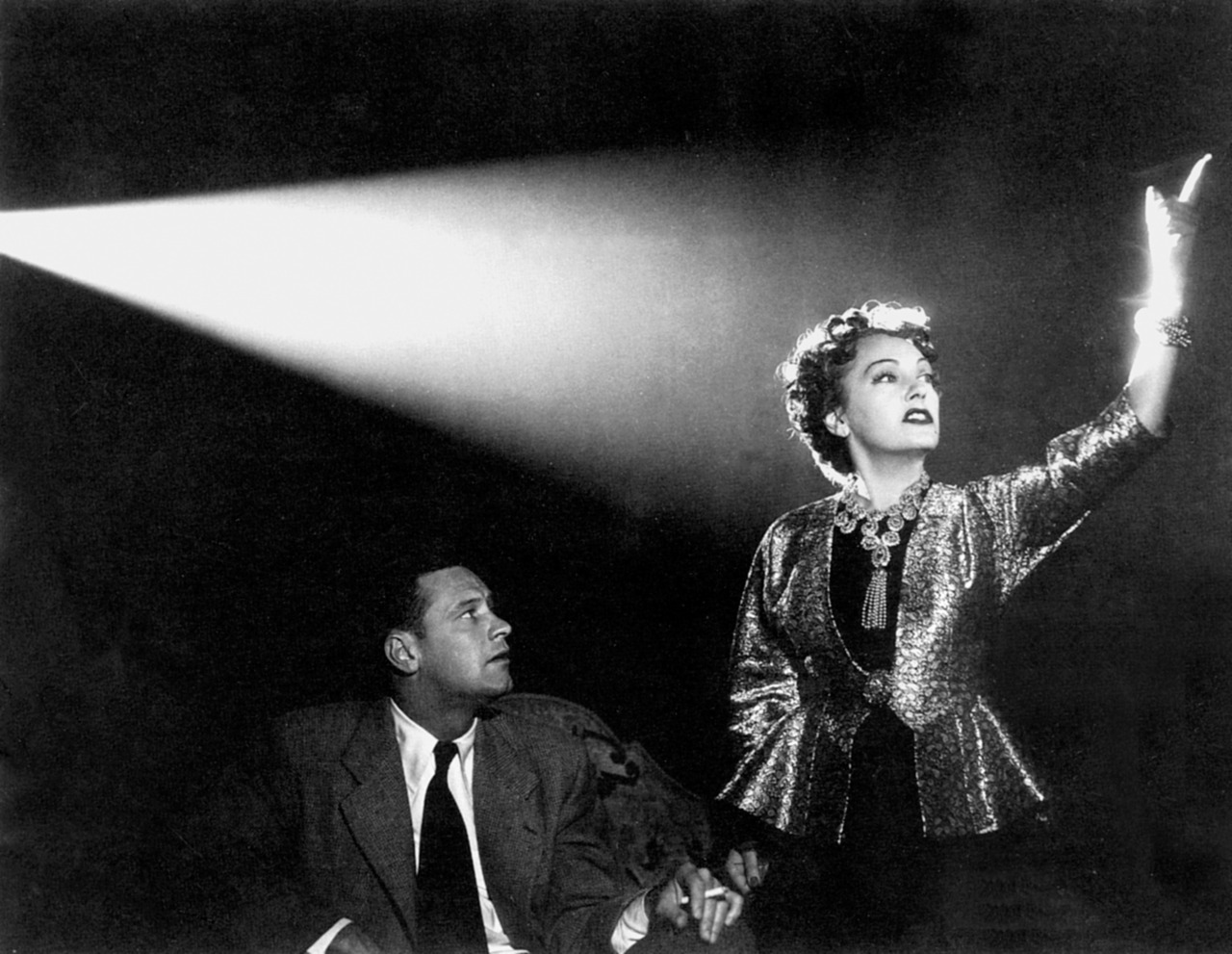 When it comes to memorable moments, one of the greatest filmmakers is Billy Wilder, so picking his greatest scene is difficult. The slot went to Sunset Boulevard’s heartwarming moment where Gloria Swanson stumbles into the MGM lot. Swanson is on another planet mentally, but the many assistants recognize her. She pushes a microphone out of the way (a nice tribute to her being a silent film legend).

The spotlight shines in her direction, and all eyes are on her (either out of wonder, or out of confusion). For the only time in the entire film, Gloria Swanson actually is the star she is convinced that she is, and it’s wonderful.

18. The Birth of a Nation – Abraham Lincoln’s murder

Birth of a Nation is a highly subjective film. It is relevant for its ground breaking film making techniques, but it is also a highly dated film with its content. One scene that stands out amongst the rest is the assassination of Abraham Lincoln at Ford’s Theatre. My all time favourite title card has to be the one that simply states “John Wilkes Booth”: never has one title card packed so much dread with only a name.

You know what will happen next, but seeing Booth cloaked in shadows still haunts you. He eventually claws his way into the theatre and appears right behind Lincoln. For a film that is now over one hundred years old, it still feels so modern with how its events pan out.