This list/article is the third in a series attempting to argue that for cinema to be and to be taken seriously as an art form, it must forgo and move beyond Hollywood-like vis-ual-based ways of meaning-formation, understanding, etc. into actor-, face-, dialogue-, voice-, emotion-, body-, character-, feeling,-, psychology-, and tone-based ones.

Readers are strongly advised to read my previous two articles, especially (though not only) the lengthy theoretical and aesthetic introduction in the first, which obviously cannot be reprinted here for reasons of brevity, for a fuller understanding of this intel-lectual and critical project (and also because some important information contained therein about several directors to be discussed in this will also not be reprinted here).

Neither the testosterone-fueled dudebros for whom cinema is an “industry” rather than an art form, “good writing” consists of a never-ending-stream of F-words and death-threats, and all films dealing with anything more intelligent and that requires more emotions than explosions/chases are “un-cinematic” and “pretentious/”“fartsy/”“condescending,” nor the devotees of the Or-wellianlly-named “film theory” – who have little interest in art/aesthetics per se, who seek not to be challenged but to have their prejudices parroted back to them, and who approach it from the viewpoint not of a humanist/critic but of a politologist seeing it as an artifact of and judging it as a “diversity-quota/”“affirmative-action/”“head-counting” that is by whether or not it conforms to their bourgeois/middle-class axio-matic-a priori-predetermined-ex cathedra “social justice” assertions/ideology (de-bunked by legitimate science decades ago) à la Michel Foucault or Judith Butler – are likely to be fond of this film.

As the French title (“dark/”“gloomy”) suggests, the film is one of the “darkest” in more than one meaning of the word as it is shot largely in the shadows. It serves-up a Bret Easton Ellis-like presentation of the exploits of a seri-al-killer. And it details, politically-incorrectly, the well-known-though-rarely-studied phenomenon of vulnerable and confused women being attracted to said creatures, perhaps with an empathetic attempt to reform them. With as little as 1,236 votes on IMDb, it begs to be discovered.

A loose adaptation of the works of Fyodor Mikhailovich Dostoevsky [1], Robert Bresson’s “cinematic expression”-free and acting-, body-, dialogue-, face-, voice-, tone-, feelings-, psychology-, and emotion-based masterpiece about the exploitation of a donkey by human hands re-mains one of the most harrowing treatments of Man’s cruelty in the entire history of cinema. 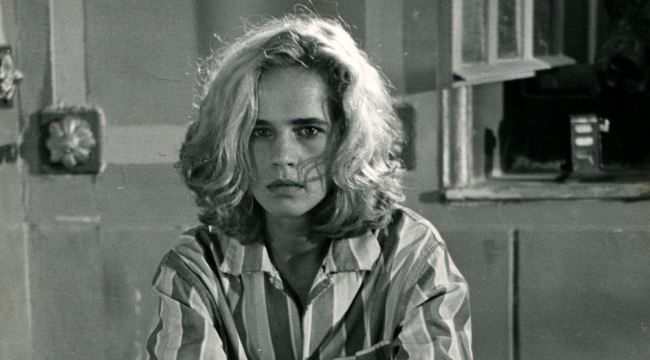 The late Amos Guttman (עמוס גוטמן, 10 May 1954, Transylvania, Romania – 16 February 1993, Tel Aviv-Yafo, Israel) was an openly-gay Israeli director whose tragically-premature death due to AIDS cut short one of the most amazing careers in Israeli national cinema and meant he left us with only four feature films.

Criminally-underseen outside their home country with only 57, 37, 34, and 143 votes on IMDb, respectively, their English-language titles being Drifting (נגוע, 1982), Bar 51 (בר 51, 1986), Himmo, King of Jerusalem (חימו מלך ירושלים, 1987, his only non-gay film, sim-ilar to Sombre discussed above by dealing with female sexuality’s empathetic attrac-tion to a desire to heal a mutilated man), and Amazing Grace (חסד מופלא, 1992). Guttman’s emotionally-profound masterpieces, featuring masterclasses by some of the greatest Israeli actors, were made before the era of political-correctness and it shows.

The gay men and transvestites in his cinematic universe are neither innocent/angelic “victims” nor sugarcoated. They are flawed, tragic, flamboyantly-effeminate, cru-el/sadistic, self-destructive, have anonymous sex in seedy public parks, offering them-selves as mere receptacles to oversexed delinquents-on-the-run, are depressed runa-ways and the like, and eventually, like Guttman himself, die of AIDS.

These were amongst the first Israeli films to openly deal with topics such as homosexuality. Those brave/curious enough to obtain legal English-subtitled DVDs and unafraid should contact the good people at Third Ear. Curious folks might also benefit by watching a documentary about his life as well as his films legally-available and English-subtitled courtesy of YouTube. 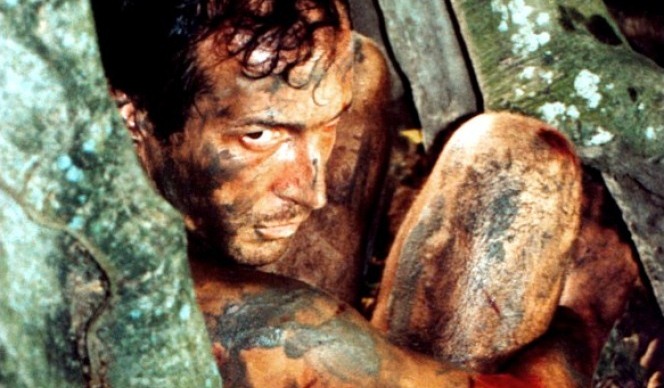 The second serial-killer film on this list, with merely 416 votes on IMDb, comes from Agustín Villaronga. A Spanish-Catalan-Majorcan-Balearic film director also most noted for his realistic and unflinching politically-incorrect portrayals of gay life, more on this characteristic of his in a few paragraphs on in this entry (co-director Lydia Zimmermann is a Barcelonan of Swiss descent while Isaac Pierre Racine is her Québécois spouse based in Barcelona).

An experimental mockumentary mixing reality and fiction again with the feeling of a Bret Easton Ellis novel, one of his few non-gay films, and travestying from Hungary and Spain to Guatemala, this dark and brooding film attempting to enter a serial-killer’s point-of-view is more concerned with the beauty of emotional truth and candor rather than with that of “pretty pictures” be-loved by auteurist/formalist journalists hailing Hollywood.

The Spanish-language orig-inal sub-title means “inside the mind of a murderer.” The third of the openly-gay filmmaker Agustín Villaronga’s films to examine the Spanish Civil War from the standpoint of homosexuality and coming-of-age, Black Bread (2010, whose original title is Pa negre), after Tras el cristal (In a Glass Cage, 1986) and El Mar (The Sea, 2000), is a Dickensian film which follows the grueling tales of an eleven-years-old boy as he discovers some grim family secrets, including one having to do with the castra-tion of a gay man in a cave to scare him off. With a mere 3,869 votes currently on IMDb, this one too is just begging for some discovery and new viewers.

The master’s feature debut, “dark” literally and not just figuratively, already contains all the attacks on the politi-cally-correct middle-class/bourgeois ideology and politics of “victimhood” and the intelligentsia’s identitarian cult of sameness and tabula rasa dogma of equality he fur-ther developed in his more recent films.

A detective attempts to follow a serial-killer, making this the third film on this list to feature one, utilizing a controversial method of entering into his head and identifying with his point-of-view. All-the-while coming from a “blaming-the-system” perspective which turns out to be as futile as any in an attempt to ignore human nature and its darker side eschewing taking responsibility and making the most out of one’s life.

This masterpiece, the first out of many coming from one of the greatest and most profound filmmakers of all times, was described by critic Peter Cowie in his Criterion Collection DVD insert as “inhabit[ing] a true twi-light zone, bereft of heroes and integrity. Fisher’s obsessive attempt to enter the very mind and integument of a serial killer leads him on an ominous journey through a Germany that seems devastated by more than just war[, t]he chief suspect, someone called ‘Harry Grey,’ may be the quarry but is also a red herring [leading] Fisher inexo-rably back to his mentor, the aged Osborne, from whose book on the psychology of murder the film takes its title.”

One simply cannot wait to see what Lars von Trier cooked up recently. “Leopold Kessler (Jean-Marc Barr’s naïf hero, the open-faced im-age of noxious innocence) is thrown to the Werewolves—dead-end Nazi partisans who refuse to concede defeat, and conduct a campaign of terror, sabotage, and graffi-ti against the American occupation—as well as industrialist Max Hartmann’s ravenous family. Hartmann is the soon-to-be-late proprietor of the Zentropa railway line, which idealistic young American émigré Kessler has come to work for as an apprentice sleep-ing-car conductor[, t]he term ‘sleeping-car conductor’ alone is charged with enough symbolic significance to sink a more earnest film[,] Hartmann’s icy-hot femme fatale daughter Kat (Barbara Sukowa) has ties to the Werewolves herself[, a] noir perfume advertisement with velvet claws, capped teeth, and luxuriant lupine hairdo, Sukowa isn’t playing a character but a pose of war-weary glamour wrapped in a veil of desper-ation and mottled danger, channeling Hanna Schygulla[, overmatched,] inexperienced Kessler has no chance against her wiles[, t]he prim stiffness of her German-English accent is a disarming quirk, humanizing her scary beauty[, f]or von Trier, ‘the past and the image of an actor mean a great deal,’ so associations are piled up in tottering wed-ding-cake layers: Udo Kier [b]rings with him a bread-crumb trail of [Rainer Werner] Fassbinder.”

All leading to the worst social consequences for everybody, seeing in this case a “pacifist” being led straight into Nazism not despite but exactly because of his “treat-all-sides-with-fairness-and-equity” approach, an important issue the master returns to.

With the exception of Marian Dora Botulino’s Melancholie der Engel (2009, the original German-language title meaning “the angels’s melancholy”), with whom Lars von Trier’s 2011 masterpiece Melancholia shares more than the title and the Mar-quis de Sade and Richard Wagner influences, starring Kirsten Dunst, one of the most beautiful women in the world, is the most realistic and harrowing portrayal of depres-sion ever put to screen.

A romantic viscerally-profound and stomach-turning outright bestowing of an experience upon the viewer. Mr. von Trier’s Dogme95, which de-manded foregoing gaudy/formalistic tricks coercing viewers into easily-understandable generic themes/theses, redefined that taboo “merely filmed theatre and literature without any cinematic gaze or language,” i.e. actor, body, face, and emotion-based experiences so hated by testosterone-poisoned dudebros, as a positive.

The difference between filming an actor in long-shot with sad background-music and instantly telling viewers he is sad and perceptually/perceptively studying a woman’s depression via body and face, thereby allowing viewers to improve their understand-ing of humans henceforth is the difference between Hollywood/IMDb’s “greatest films” and von Trier’s tonally-based life-changing “cinematic language”/shortcuts-to-understanding-of-self/characters-forgoing cinema.