There’s a long tradition of exciting fantasy cinema and the following list looks to nail down the very best of the genre. While it’s fair to say that a list of this nature is bound to reveal some of the writer’s biases (I grew up in the 1980s and I’ll be the first to tell you that a lot of the films you’re about to read about here played pivotal roles in my formative years), it’s also fun to discover the antecedents and inspirations behind your favorite films that chronicle the fantastic (and you’ll find those here, too).

More films than the 25 listed here are rhymed off in an “Honorable Mention” section at the end of this piece, and please, if your favorite fantasy film isn’t found herein, make mention of it in the comments section below. Enjoy! 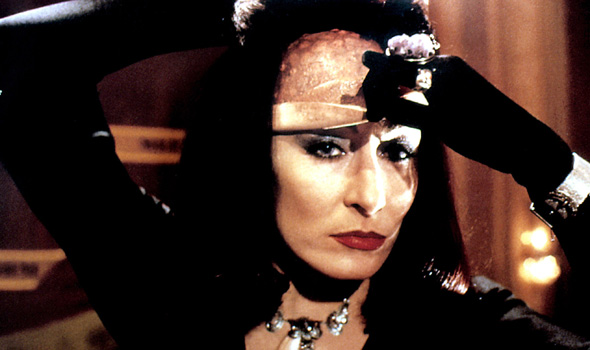 Nicolas Roeg (Don’t Look Now [1973]) is the filmmaker that Danny Boyle famously referred to as “fierce, uncompromising, iconoclastic, dazzlingly original, he is British film’s Picasso.” Roeg’s wildly imaginative and unabashedly odd adaptation of Roald Dahl’s 1983 children’s novel “The Witches” ushered in the 90s with a dark and delectable fantasy.

Ably assisted by Jim Henson’s Creature Shop, and a wonderfully OTT Anjelica Huston, The Witches tells the tale of 9-year-old Luke Eveshim (Jasen Fisher), who is staying at a resort with his grandmother Helga in Norway (Mai Zetterling). His idle is ruined by other guests at the hotel, the Royal Society for the Prevention of Cruelty to Children, led by one Miss Ernst (Huston) who also goes by the sobriquet of Grand High Witch. Luke is certain this society, secretly a witches coven, has a fondness for transforming children into mice.

The freakish fun of the Witches, which also zigzags into creepier waters at times, is also improved upon by Rowan Atkinson’s put upon hotel manager, Mr. Stringer. For inventive and ambitious fantasy for all ages, Roeg’s The Witches delivers. Don’t miss it. 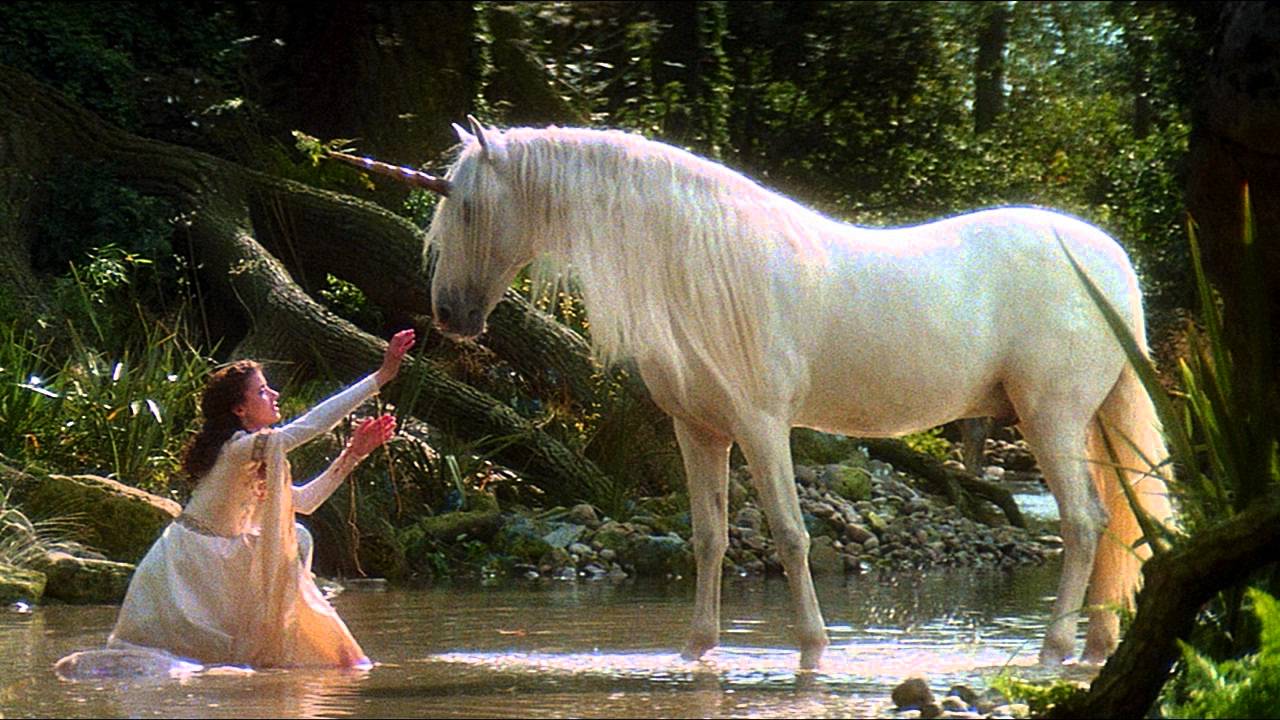 There are more than a few idiosyncratic selections in this list of the best fantasy films, and for fans who can be somewhat forgiving, and in particular for those, like yours truly, who came of age in the 1980s, Ridley Scott’s dark fantasy adventure Legend has all the essential fairy tale ingredients (a beautiful princess, unicorns, a handsome hero, dwarves, goblins, and a vile villain) and doesn’t skimp out on the cheese, either.

Notable for providing Tom Cruise with one of his earliest leading roles as well as giving Tim Curry a juicy role that runneth over with scene-chewing devilry (his most delectable since The Rocky Horror Picture Show [1975], and almost as iconic, depending on who you ask).

The story is uncomplicated; Darkness (Curry) wishes to create an everlasting night by destroying the last remaining unicorns. This involves capturing the lovely Princess Lili (Mia Sara), and only Jack (Cruise) and a band of brave dwarves stand in Darkness’s way.

An ambitious film, and one made on a relatively meagre budget, it’s aged rather well (seek out the much more coherent “Director’s Cut”, as studio meddling severely kneecapped the original), features fun performances, great costumes, set design, and creatures, and some of that silly dialogue from Blix (Alice Playten) is still as fun to quote as ever: “Black as midnight, black as pitch, blacker than the foulest witch.” 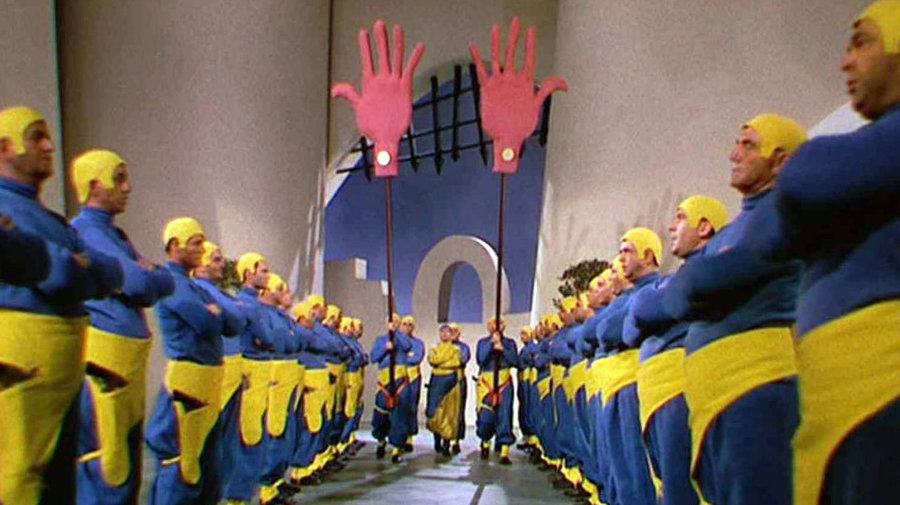 American author, artist, cartoonist, and storyteller Theodor Seuss Geisel, better known as Dr. Seuss, was reportedly outraged by the outcome of his “dream project”, what he called in his memoirs a “debaculous fiasco” that came of director Roy Rowland’s ambitious musical fantasy from 1953, The 5,000 Fingers of Dr. T.

While Seuss is credited with the story, screenplay and lyrics for the film, he did all that he could to distance himself from the project, and so awful for him was the whole experience that he never worked on feature films again, opting to make the occasional TV special thereafter, and nothing else Hollywood whatsoever.

And it’s a shame, for all the compromising and cutting away that must have occurred, Dr. T glitters as a treasured cult object and a very enjoyable, enchanting work in its own right.

Ten-year-old Bart Collins (Tommy Rettig) is forced into piano lessons from the strict and tyrant-like instructor, Dr. Terwilliker (Hans Conried). Bart soon falls asleep, dreaming the remainder of the movie, which unravels within the Seussian dreamscape of Dr. Terwilliker’s castle. Here he is held prisoner, along with 499 other little boys, all forced to play Dr. T’s terrible piano exercise on one impossibly huge, continuous keyboard.

Bart’s hypnotized mother, Heloise (Mary Healy) is also a prisoner of the cruel doctor, and the only assistance Bart gets is from one August Zabludowski (Peter Lind Hayes), a plumber. Most assuredly strange, The 5,000 Fingers of Dr. T is also an unforgettable, rambling, and richly ridiculous masterpiece. 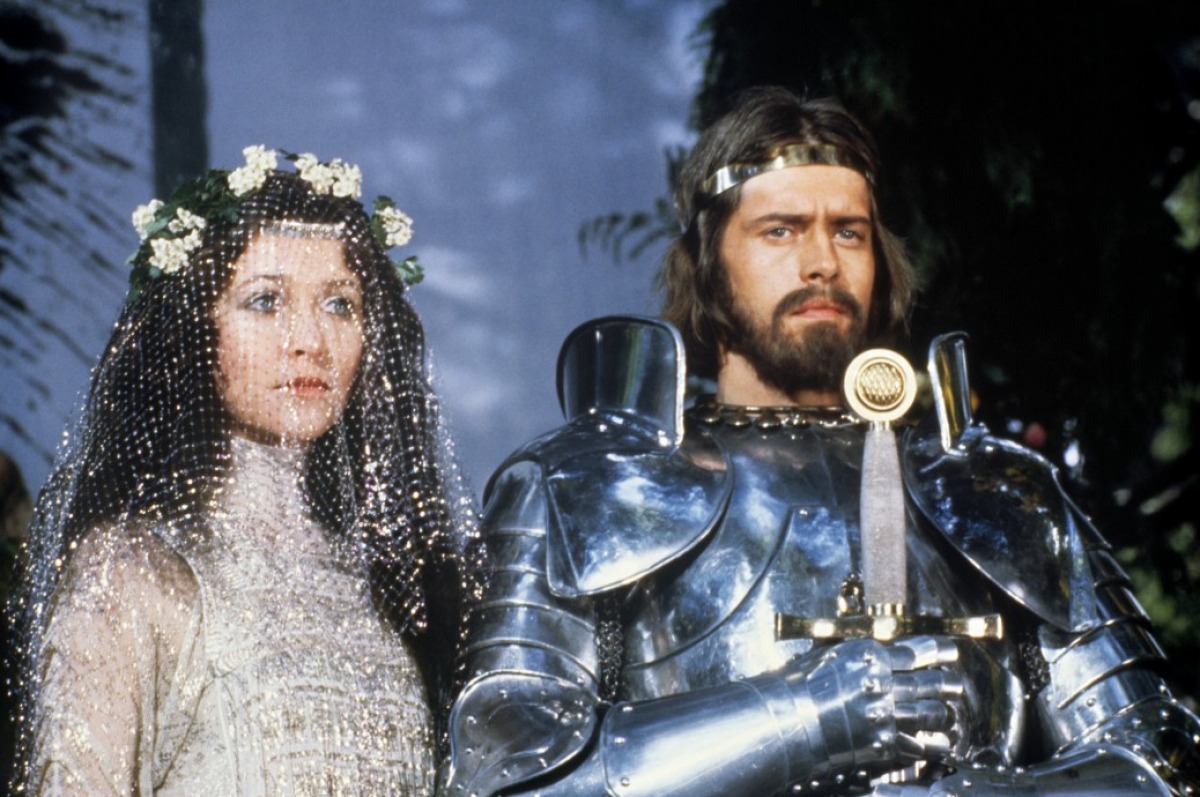 John Boorman, who directed, produced, and co-wrote (with Rospo Pallenberg) this excited retelling of Arthurian legend was an audacious adventure, and one that Variety described as “a near-perfect blend of action, romance, fantasy and philosophy, finely acted and beautifully filmed by cinematographer Alex Thomson.”

Based on the famed 15th century epic Arthurian romance by Thomas Malory, “Le Morte d’Arthur”, Excalibur does much justice to the legend of King Arthur (Nigel Terry), the Knights of the Round Table (including Nicholas Clay’s Sir Lancelot and Liam Neeson’s Gawain), Queen Guinevere (Cherie Lunghi), Morgana Le Fay (Helen Mirren), and of course Merlin (Nicol Williamson). There’s also the quest for the Holy Grail, some kinky medieval eroticism, and more.

Does it all work, and does the film still hold together, years later? Well, Boorman’s Excalibur was always a mixed bag (Roger Ebert famously called the film both “a mess” and “a wondrous vision”), but for sword-and-sorcery movies from that era, rarely did cinematography, vision, and craft, pair together so well.

While trying to keep a step ahead of the aptly named Evil (David Warner), and by tiptoeing around the fabric of the spacetime continuum, Kevin and his ragtag time bandit lot will run well and afoul the likes of Robin Hood (John Cleese), Napoleon Bonaparte (Ian Holm), Agamemnon (Sean Connery), a minotaur, enjoy a brief stint on the Titanic, and more in this timeless classic.

Bonus points for an atypical Gilliam ending that’s so blackly comic you’ll be uncertain if you should laugh or lament.

Michael Ende’s 1979 novel “The NeverEnding Story” was the basis for Wolfgang Petersen’s beloved fantasy epic set largely in the wondrous world of Fantasia and bolstered by the still engaging (and awesome) synth-heavy soundtrack by Klaus Doldinger and Giorgio Moroder. While this film was a surprising success at the box office, home video sales and Pay TV made it the stuff of legend (the subsequent sequels are not up to par and are for diehards only).

One day on his way to school, ten-year-old Bastian (Barret Oliver) hides out in a bookstore to avoid some dumpster-taunting bullies. It’s here that our young hero is presented with a very special magical tome called “The Neverending Story” that will soon capture his imagination and much more.

As Bastian, and us the viewers, by proxy, enter the world of the book, we discover the world of Fantasia, a magical world under threat from “The Nothing”––a void that erases all that it encounters. Were it not for Atreyu (Noah Hathaway), an assortment of enchanted creatures that includes Falkor the Luckdragon, and Bastian himself (that fourth wall comes gloriously a-tumblin’ down), the key to survival is within reach.

As imaginative entertainment for children of all ages, The NeverEnding Story is an enduring classic, and one that has left a lasting impression on popular culture. 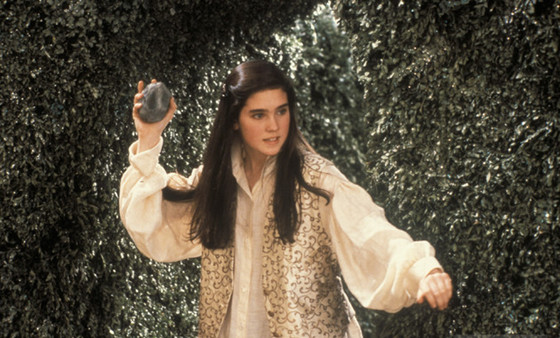 It’s a real tragedy that Labyrinth wasn’t a commercial or critical success upon its initial release in 1986, as it really does represent the fantasy adventure renaissance of that era so perfectly as well as being the product of so many wonderful talents all working at their peak.

Directed by Jim Henson (with a stunning array of puppets produced by his world class Creature Shop), adapted from a story by Monty Python’s Terry Jones, produced by George Lucas, with creature designs by the legendary Brian Froud, and a genius soundtrack and villainous turn from David Bowie, you’d think the pedigree and punch behind Labyrinth would make it a perfect storm.

Alas, Labyrinth wasn’t appreciated right away (it flopped in theaters) and it’s poor performance was so upsetting for Henson that he never directed another feature film again. But, there’s a happy ending here in that the film had legs, a cult amassed around it, and it’s aged so well. Henson, thank goodness, saw in the subsequent years before he passed away, that Labyrinth had found a loving, respectful, and enthusiastic audience.

The film focuses on 15-year-old Sarah (Jennifer Connelly), who’s so lousy a babysitter that she inadvertently allows her baby brother Toby (Toby Froud, Brian’s son) to be abducted by the Goblin King, Jareth (Bowie) and stowed away in the titular labyrinth. There’s more to the tale, of course, but suffice it to say it’s up to Sarah to save her brother, aided and abetted by the aforementioned denizens of Jim Henson’s Creature Shop, and she better do so before mom and dad come back from their date night.

Based off the 1973 fantasy romance novel from William Goldman, Rob Reiner’s adaptation The Princess Bride is a funny fairytale that only the most jaded amongst us could not enjoy. An enchanting family classic, this fairytale adventure concerns a beautiful princess named Buttercup (Robin Wright), and the dashing hero, Westley (Cary Elwes) who must rescue her from the villainous Prince Humperdinck (Chris Sarandon).

Framed by the narrative of a grandfather (Peter Falk) reading a favorite make-believe yarn to his sick, somewhat bratty, and more than a little skeptical grandchild (Fred Savage)––who asks his grandpa point blank, “Is this a kissing book?”––The Princess Bride has a wealth of colorful characters, narrow escapes, and gut-bustings zingers in aplomb.

Set in the magical fantasy kingdom of Florin, the likes of the noble Inigo Montoya (Mandy Patinkin), the giant Fezzik (André the Giant), and the sinister six-fingered man Count Tyrone Rugen (Christopher Guest), are amongst the amusing rable who populate this precious tale.

A modest success in ‘87, the years have been kind to The Princess Bride as it’s become an enduring and beloved cult classic. To miss this film would be inconceivable!