Be sure to join the discussion in the comments section below by including any of your favorite suspense thrillers that we may have overlooked, but above all, enjoy the films and be ready to be astonished.

This ‘End is Nigh’ thriller stars Anthony Edwards as Harry Washello, a lovable loser (typecast much?), who just met the love of his life, Julie Peters (Mare Winningham) on the same night that he mistakenly answers a pay phone, unwittingly intercepting a cryptic message warning of a nuclear war that’s only seventy minutes away.

The majority of the film is played out in what feels like real time, and many Hitchcockian curve balls get lobbed at the audience as we wonder, amongst other things, was the phone call for real? Is it all an elaborate put on? Will Harry rescue Julie? Just how big a budget does this movie have?

Writer/director Steve De Jarnatt (Cherry 2000 [1987]) deserves mad props for Miracle Mile, a passion project he pursued for years. The resulting film, criminally underseen, is incredibly effective for its small scale; several sequences of riotous havoc and mayhem are visually arresting and show no indication of a low budget.

The sometimes perverse plot twists and sneaky turns are engaging, and, wisely the question of doubt and disbelief are left to linger until the final minutes of the film as a will-it-or-won’t-it white-knuckle conclusion will totally rock the viewer as their jaw hits the floor. A gem.

John Schlesinger’s devilish action thriller from 1976, Marathon Man takes dentophobia––the fear of the dentist or getting dental work done––to the anguishing and agonizing fore courtesy of

Who can forget the infamous torture sequence wherein Szell utilizes his terrible talents to get information from Thomas Babington “Babe” Levy (Dustin Hoffman)? It’s impossible to sit through it without squirming, and Szell’s constant questioning of “is it safe?”, a high-speed drill in hand as Babe twists in a dentist’s chair is the stuff of nightmares.

Adapted by William Goldman from his 1974 novel, Marathon Man is, as Roger Ebert put it, “well-crafted escapist entertainment […] a diabolical thriller, the movie works with relentless skill 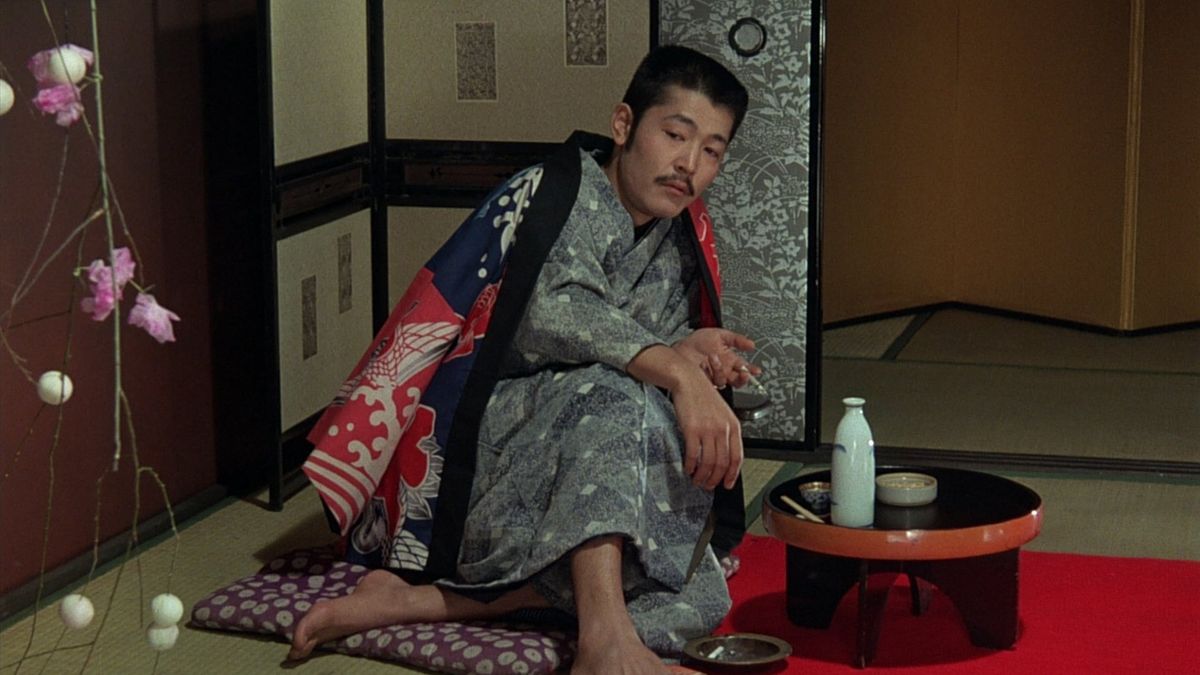 Thomas Vinterberg (The Celebration [1990]) doesn’t shy away from terrible and tough questions in this emotionally turbulent thriller that finds beloved preschool teacher Lucas (Mads Mikkelsen), also a member of a tight-knit community, suddenly falsely accused of molesting a 5-year-old girl named Klara (Annika Wedderkopp), who is under his supervision.

As word of his alleged misdeed spreads throughout the community, so does local hysteria, until it reaches a rattling fever pitch in this chilling glimpse into the darkest side of small town life. The extraordinarily gifted Mikkelsen gives the performance of his career, and Vinterberg expertly balances brutal indictment and empathy in his examination at what fear and ignorance may well do to a community under strain and feeling powerless. A moving and remarkable film, The Hunt makes game of us all.

Caché, the eighth film from Michael Haneke uses surveillance and voyeurism as mechanisms for extreme anxiety and nail-biting suspense. Georges (Daniel Auteuil) and Anne (Juliette Binoche) Laurent are the middle-aged upper-class French couple under attack by unseen forces out to intimidate them.

As Caché unfolds and the Parisian family at its center weather the storm, a superbly crafted and at times extremely upsetting psychological endurance test results, and one that salts the wounds of Western contempt for the Muslim world as the unseen stalker in the Laurent’s lives may well be an abused figure from Georges past. Or is it? Haneke leaves ample clues for the viewer but he obscures them, too. It’s rare that a film takes an almost hostile attitude towards the audience by manipulating, provoking, teasing, and then revealing so little.

The plot becomes riddled with ambiguities and bourgeois guilt mid the dismay of modern identity. It’s not an easy film to watch, but it’s even harder to forget, and ranks among very Haneke’s finest works.

“[Deliverance] is the best film I’ve ever done,” said Burt Reynolds, adding; “It’s a picture that just picks you up and sends you crashing against the rocks. You feel everything and just crawl out of the theater.” And while this is most certainly true, the same visceral and physical response could also apply to those who saw Saulnier’s Green Room on the big screen. I caught a midnight screening at a packed film festival and when the audience wasn’t screaming or cheering I think they were largely happy to be alive. I didn’t think I’d have survivor’s guilt by the film’s end, but I did, and I remember saying to my friend, “This must be what it was like to see Deliverance for the first time back in ‘72.”

On the surface, John Boorman’s Deliverance is a brilliant psychological shocker, and the depths underneath are deep-seated and maybe even unfathomable. To say it’s a film about man versus nature is to dumb it down far too much, and the same goes if we’re to ascribe it as a cautionary tale of city boys squaring off against redneck hicks. These men and their waking nightmare cannot be reduced to sheer cliché.

Deliverance opens with four men from the city looking to relax boy-scouts’ delight style. Lewis (Reynolds) the survivalist, Ed (Jon Voight) the quiet one, Bobby (Ned Beatty) whose plain-spoken, and Drew (Ronny Cox) who’s the sensitive one. They could have just gone golfing but opted for the more masculine undertaking of a marginally dangerous downriver canoe trip in dense woodland that’s soon to be demoed by a dam that will turn it all into a lake.

Faster than you can spit out: “He got a real pretty mouth ain’t he?” the men enter a world of exceedingly sexualized violence in the boondocks of Georgia. Their journey becomes a nightmare of self-discovery, breathtaking terror, and every kind of brutal you can think of.

The second installment of The Vengeance Trilogy (preceded by 2002’s Sympathy for Mr. Vengeance and followed by 2005’s Sympathy for Lady Vengeance), the unforgettable Oldboy gives us the obnoxious and initially unlikeable Dae-Su (Choi Min-sik), a belligerent drunk, freshly released from the clink and then promptly snatched from the street, only to awaken in a cell, where he mysteriously remains for the next 15 years.

Drugged to unconsciousness when human contact is unavoidable, Dae-Su otherwise has only a TV set as company. And then, as sudden as his abduction, he’s released, and is invited to track down his jailer, hammer in hand. Oh man, get out of the way!

There’s an infamous sequence with an octopus but surely it’s the film’s WTF brutal denouement that will linger with the viewer evermore. If you can stomach it, Oldboy is excellent and unshakable entertainment with suspenseful moments that will make you scream.

Inspired by the real life manhunt for a Düsseldorf child­murderer, Fritz Lang’s (Metropolis) first sound film is both an analytical and radical dissertation on authority and law. Peter Lorre’s performance is nothing short of extraordinary as child murderer Hans Beckert, and the role quickly established him as something of a cinematic icon.

Lang’s contemporary setting and realistic milieu in M was quite incendiary and effective at the time, adding an element of complexity and social commentary that was largely absent in cinema, and certainly the subject matter and sadistic plot elements rattled censors and sensitive theater goers like little else that came before it. Mob rule, the legal system and morality were just some of the themes Lang skewered and dissected in Lang’s murderous masterpiece.

Based off of Cormac McCarthy’s bloody, brutal, and brilliant 2005 novel of the same name, No Country For Old Men is Joel and Ethan Coen’s uncompromising suspense thriller (and modern revisionist Western as well) which contains, amongst other dark delights, Javier Bardem’s absolutely terrifying turn as hired hitman Anton Chigurh.

The pulpy plot, set in 1980, concerns lowly Llewelyn Moss (Josh Brolin), perpetually in the wrong place at the wrong time, having not much luck hunting in the Texas desert when he stumbles across the aftermath of a drug deal gone sour –– dead and dying men and their dogs, and could this be a suitcase with a cool two million dollars inside? Llewellyn takes the money and cheeses it and then his troubles begin. Soon Anton is hired to recover the money and nothing short of an act of God will stop him.

The New York Times’ A.O. Scott succinctly said it all when he remarked that “for formalists – those moviegoers sent into raptures by tight editing, nimble camera work and faultless sound design – it’s pure heaven.” It’s heaven all right, and it’s populated by fallen angels with crooked halos and bloodlust, too.

“I wonder if it’s ethical,” muses photojournalist Jeff Jeffries (James Stewart), “to watch a man with binoculars and a long-focus lens?” Jeff is sidelined with a broken leg and bound to a wheelchair as he recuperates, and during this recovery period he’s got himself addicted to spying on his neighbors in Alfred Hitchcock’s masterful thriller Rear Window.

A finer and more fascinating study of obsession and voyeurism you’re unlikely to find and ol’ Hitch seems to luxuriate in the postmodern scenario he’s constructed—adapted by screenwriter John Michael Hayes from Cornell Woolrich’s short story “It Had To Be Murder”—which doesn’t shy at all away from playful sexual innuendo and pitch-black humor.

“We’ve become a race of Peeping Toms. What people ought to do is get outside their own house and look in for a change,” quips Stella (Thelma Ritter), Jeff’s home-care nurse, in what easily amounts to the ultimate experience in voyeuristic cinema and is also one of Hitch’s finest films.

François Truffaut famously wrote that “[Rear Window]’s construction is very like a musical composition: several themes are intermingled and are in perfect counterpoint to each other—marriage, suicide, degradation, and death—and they are all bathed in a refined eroticism,” thus detailing how the film, like the tenants across from Jeff that he can’t help but spy on, contain clandestine and diversified intentions, some healthy, some sinister, all engaging and with much hidden beneath the surface.

A slow-burn suspense thriller with a lot on its mind, Rear Window is a scathing study of contemporary society with a spy game the viewer gleefully and guiltily takes part in. Hitchcock manipulates the viewer to a dizzying degree, making one question what they’ve seen, while slyly hinting at a great many moral divisions, from feminist protocols, social conduct, and the etiquette of neighbors, even notions of misandry, and heroism.