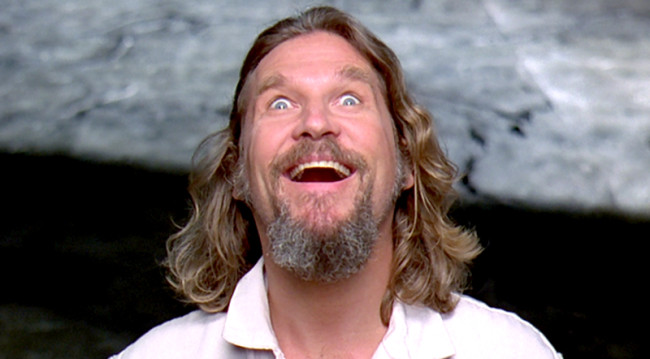 We all have a fascination with what we dream up when we sleep. Some people go as far to interpret their dreams. Others find parallels between their imaginations and their daily lives. Some people even shrug these images off as just something weird they dreamt that previous night. Either way, we are always aware of our dreams, even when we don’t remember them at all; a nightmare’s impact can still linger throughout an entire morning without any recollection of what even took place.

Cinema is the perfect platform for dreams to be reproduced. Many filmmakers have tackled the challenge of accurately depicting our subconscious on the silver screen; most (hopefully all) of the most signature names attached to surreal films will be found here. These moments can be wacky departures from a story, or clue-riddled passages that make you try to piece together the plot. Some of these scenes come from works that are impossible to explain already, but they function as the cherries on top.

I want to focus on moments that are explicitly dreams or day dreams. Something like Eternal Sunshine of the Spotless Mind, which is a spectacular work with incredible surreal moments, functions more as a delivery of one’s mind being represented through symbolism, so that sadly won’t be here. I looked more for moments that worked as either 1) a deviation from the regular story, or 2) a moment from a film that deviates heavily from how our life actually works. This also excludes visual overtures, so Melancholia won’t be featured either.

Nonetheless, it is time to stop explaining, and perhaps the opportunity to let the dreams do the talking is now. Here are the 20 best dream sequences in film history.

Also, there will be spoilers ahead for each and every film.

In the 1962 original version of The Manchurian Candidate, nightmares are depicted in such a unique way. There aren’t any cases of weird aesthetics being used to make you feel out of place. Instead, these scenes play almost too realistically. When Marco and Melvin have near-identical dreams that feature the stone-faced deaths of soldiers during an assembly, there isn’t much to tip you off until each scene ends that all is fake.

However, there is barely enough to make you feel weird, but not too weird. The weird camera distances (either super far or way too close), the jilted discussions, and the monotone line delivery do their jobs perfectly. 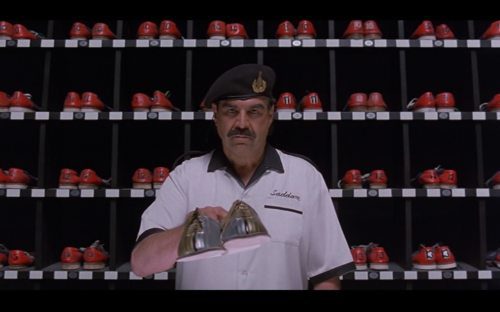 If this wasn’t the scene you thought of, perhaps it’s when the Dude soars over a city, only to plummet down to Earth due to the weight of a bowling ball; he subsequently appears on a rack and gets stuck inside of a bowling ball that rolls down an alley, because why not. The Dude’s obsession with the sport and marijuana help concoct some memorable images in this cult flick.

Red rose petals galore! Sam Mendes somewhat bypasses the creepiness of a middle aged man’s fascination with youth by creating these crimson soaked dream sequences that Lester fantasizes depict his inner most thoughts. We get the picture when a high school cheerleader dance routine becomes the start of a strip tease.

Later on, Lester imagines rose petals dropping around him on his pristine white bed, only for the film to cut to Angela – his desire – being consumed by an entire bed of petals. The red is love, a racing heart, and the sense of urgency. This kind of subject matter is challenging to pull off in a film (especially considering the recent reveals), but American Beauty tackles this taboo in an imaginative way.

You can argue that most of this film counts, and it may be hard to pick something that isn’t the hallway fight scene (it’s so damn good, I don’t care what you say). However, when we look at moments that invoke the best sense of being asleep and in an imaginative state, we must look back at the café scene where Dom confronts Ariadne during their meeting. Ariadne, like the audience, is only just alerted to the idea that they are actually inside of a dream.

Suddenly, the world implodes, with objects and scenery shattering around her. This scene is the best example for this list, because it’s the only one in which we went in not knowing we, too, were a part of a dream. We come to expect some incredible stuff in the other dazzling scenes, but here, we are caught off guard, and the result is astonishment.

16. A Nightmare on Elm Street

It seems like yesterday that we witnessed Johnny Depp as Glen get sucked into the bed with his blood and guts soaring to the ceiling, perhaps because this image sank into the darkest corridors of the minds of everyone that saw it back in the ‘80s. It certainly is one of the most inventive death scenes in a horror film, even to this day.

If that doesn’t count (because it tip-toes between being a dream sequence and actually happening in the film), Nancy’s classroom freak out has to be the next best thing. She daydreams a bloody corpse in a body bag (Tina) beckoning her call. One thing leads to another, and Nancy is facing Freddy Kreuger one-on-one in the boiler room. Every disturbing image and silly moment (“Screw your pass!”) makes this dream an iconic slasher sequence.

This anime about a biker that has been given psychic powers after a terrible accident is already an extreme watch from start to finish. What did many viewers in, though, is the notorious hospital hallucination. Friendly toys climb their way onto a pillow, only to be turned into gigantic versions of themselves by every item in the room connecting into each toy.

The giant bear, rabbit, and car, begin to bleed milk from all of their orifices, all while the room gets destroyed and flooded. Frightening music by Shōji Yamashiro takes homage from the Goblin soundtrack for Suspiria, and makes this scene seem like a projection from hell. This psychedelic freak-out is quick, but it can never be forgotten.

14. An American in Paris

Gene Kelly musicals like An American in Paris and Singin’ in the Rain took pride in their musical dream sequences.

The best example was in the former film’s climactic number, in which the main character Jerry—as heartbroken as can be—depicts his culture shock (I don’t need to explain it, it’s in the title), his longing for Lise (who has at that point decided to be with Henri instead), and his artwork all amalgamate. Illustrations come to life. Colours burst off of the screen. It’s nothing but pure emotion and artistic splendor, making the entire film worth a watch for this scene alone.

Pedro Almodóvar’s opus already feels ethereal with the bright colours and melodramatic subject matters, but Talk to Her goes one step further with the peculiar daydreams of Benigno: a nurse who falls in love with his comatose patient. He expresses their soulful connectivity through silent film montages, of which feel like a modern day Georges Méliès short (but much more taboo, of course). A tiny man (serving as Benigno’s representation of himself) lays in bed with a giant woman (Alicia, the comatose patient he adores); he begins to pull off her blanket and caresses her nude body like a wonderland.

The dream somehow gets even more twisted when he climbs into her. This perverted fantasy is somehow made mystical through Almodóvar’s tribute to the most magical times of the silent film era. 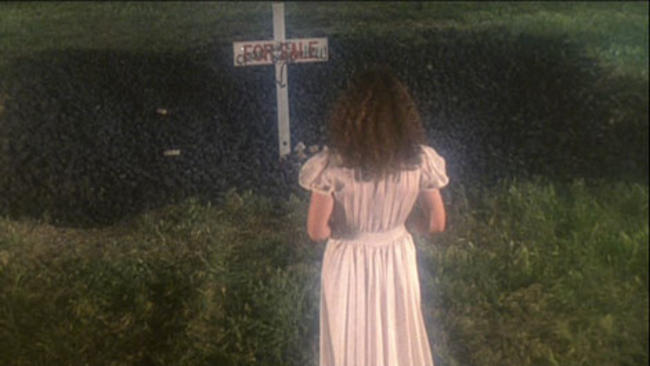 The ending of Carrie (which is, perhaps, the ultimate Stephen King adaptation) is a resolution of all of the crazy stuff we have seen. Carrie White’s telekinetic powers have already been used in full effect during the prom sequence. Her overbearing religious mother has been crucified by kitchen utensils.

Carrie ends her own torment by forcing her house to catch fire and cave in on her. Sue (the only student to survive the prom massacre) walks past the former property of the White family, with the “for sale” sign turned into a grave for Carrie (whilst being defaced to condemn Carrie to hell).

As Sue plants flowers, Carrie’s blood drenched arm thrusts up and grabs Sue. Sue wakes up screaming. This is her never ending nightmare she has to deal with. None of us were ready for it, either; it still holds up as one of the strongest jump scares in film.

Picking just one moment of Akira Kurosawa’s underrated surreal film Dreams is insanely difficult. For the sake of argument, let’s pick the Crows vignette where an artist gets inspired by the works of Vincent van Gogh. The artist happens to stumble upon van Gogh himself (played, oddly enough, by Martin Scorsese) in a field, before the incredible sequence in which the artist begins to literally run through the works of van Gogh as if they were real places.

These shots were helped by another cohort of Kurosawa and Scorsese as George Lucas’s groundbreaking Industrial Light & Magic team created an impasto wonderland that still holds up to this day (and barely aging at all).