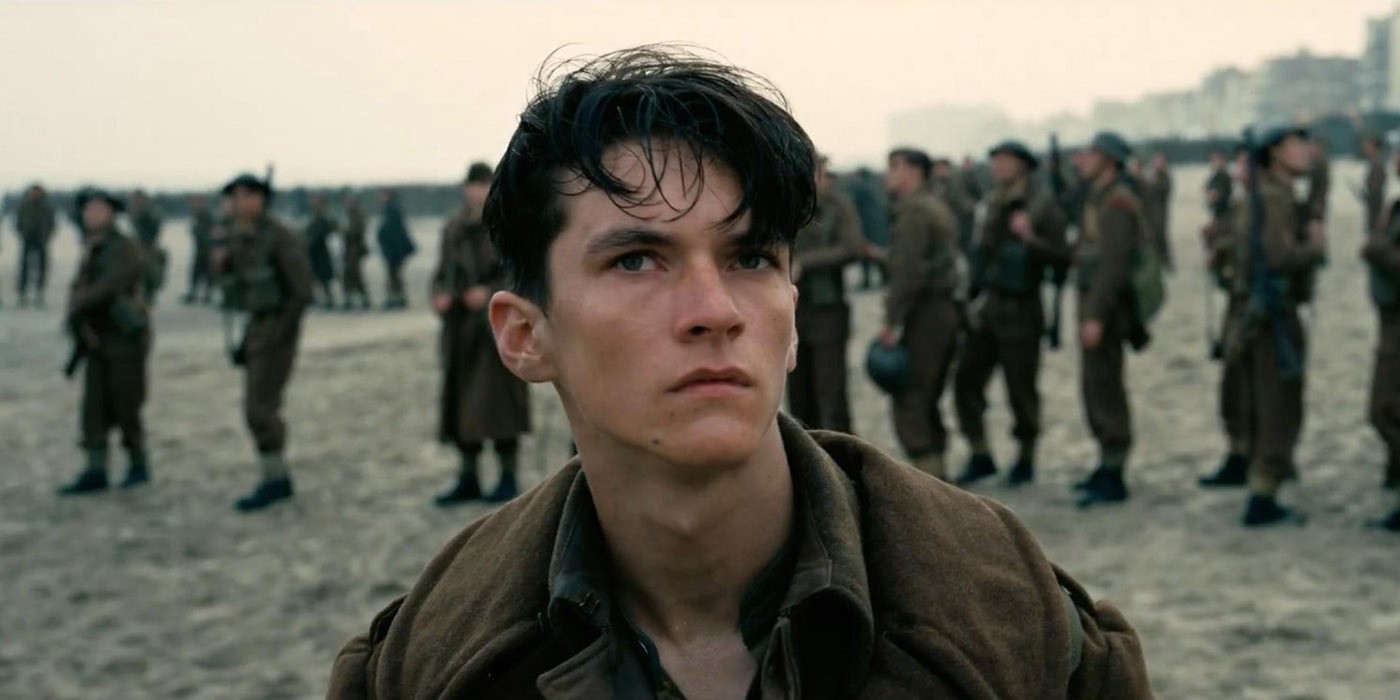 The British Film Industry is in a close relationship with Hollywood. British actors star in American films more than ever and the opposite holds true as well.

In 2017, the United Kingdom was involved in the co-production of many American films, including some really successful ones such as “Baby Driver,” “The Killing of a Sacred Deer” and “Three Billboards Outside Ebbing Missouri,” or the less acclaimed “The Zookeeper’s Wife,” “Alien: Covenant,” “King Arthur: Legend of the Sword” and “Kingsman: The Golden Circle.”

While some of the titles mentioned above are great or at least fine films, we’ve decided not to include any of them on this list in favor of those films which aren’t only produced in collaboration with the UK, but are also directed by British filmmakers and have a predominantly British cast.

We’ve tried to put together a list which includes not only the famous British films of 2017 but also some of the less promoted ones. Please let us know in the comments what your best 2017 British films look like. 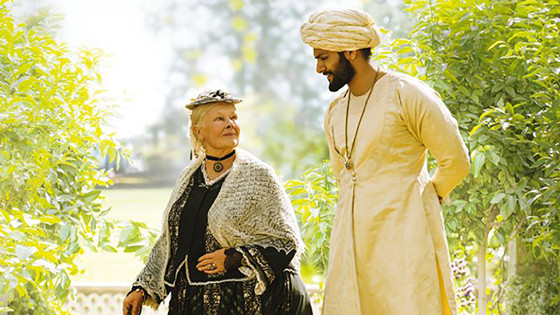 “Victoria & Abdul” is directed by English filmmaker Stephen Frears, who’s known for films such as “Dangerous Liaisons,” ”High Fidelity,” “The Queen,” or the more recent “Philomena.”

Frears is a fine director and while this is far from his best work, “Victoria & Abdul” is an enjoyable film that benefits from a great performance from Dame Judi Dench as Queen Victoria of the United Kingdom. The film follows the Queen’s friendship with Abdul Karim, a Muslim prison clerk who served as the Queen’s attendant for 15 years, until her death.

Just like a play, “The Party” spans only 71 minutes and is set in a single location.

Janet, played by Kristin Scott Thomas, is a politician who has just become the new shadow minister of health. To celebrate, she is holding a celebration party at her own house. During the night, things get crazy after discussions go off the rails and a series of unexpected events happen.

While the critics praised the film as a “wit and modern social satire,” audiences didn’t like it as much (it currently scores a 64 percent audience approval rating on Rotten Tomatoes and a 6.7 grade on IMDb).

Despite the great performances and fresh direction, the dialogues are sometimes a little muddy and the humor might not work for everyone. However, the truth is somewhere in the middle and you should definitely give the film a watch and share your thoughts on it. 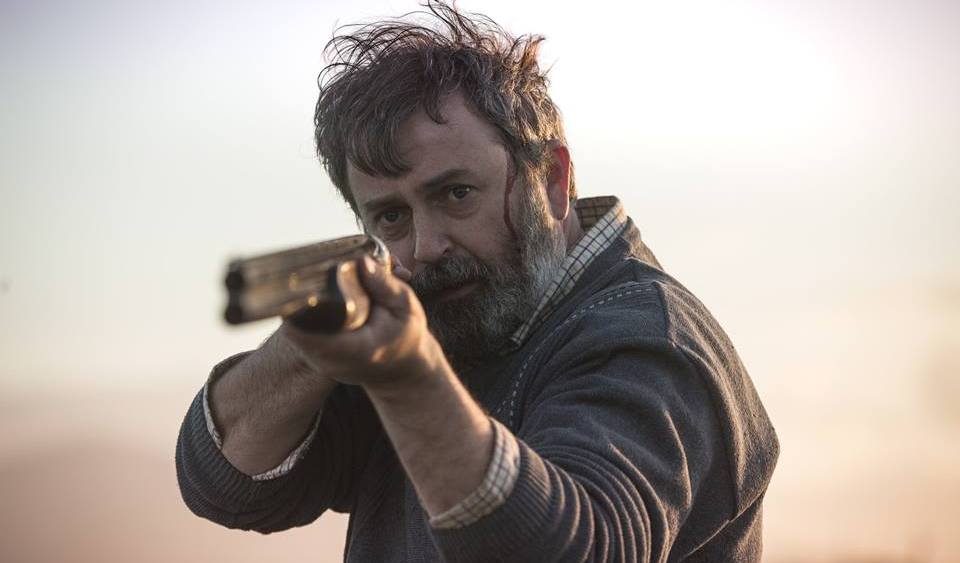 Director Chris Baugh has only directed a bunch of short films and TV episodes until his first feature film, the thriller “Bad Day for the Cut,” whose screenplay he also wrote.

The film follows a middle-aged Irish farmer who, after the dubious murder of his mother, takes matters into his own hands and goes on a mission to find the culprits and the reason behind the crime.

While suffering from too much predictability and some not-too-strong supporting characters, the film has its moments of greatness due to several surprisingly violent scenes and a very good performance from its lead actor Nigel O’Neill. Considering this is his first film, Baugh is surely a promising director. 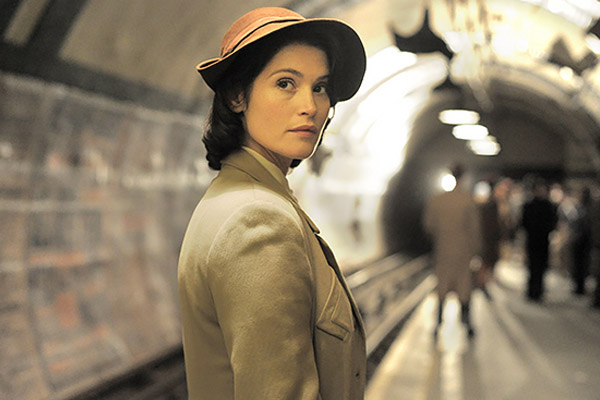 One of the latest entries in the “films about making a film” or “films about Dunkirk” categories, “Their Finest” is directed by Lone Schering, a Danish director best known for her film “An Education,” which was nominated for Best Picture back in 2010.

Gemma Arterton plays Catrin Cole, a screenwriter who is employed by the British Ministry of Information film team to develop a movie about the Dunkirk evacuation.

The film takes place in London in 1940, therefore not only it documents the struggles of making a propaganda film, but it also depicts London during the war, with some chilling scenes that reenact the German air attacks also known as the Blitz.

“Their Finest” is not a revelation, suffering from some of the genre clichés and a not too engaging lead character, but it is a well-made film which is much of the time pleasant to watch.

“The Ritual” is not a masterpiece or something you’ve never seen before. However, it is a solid horror film, easily one of the best of 2017. The film has some flaws. It’s got a bunch of your usual horror clichés, the performances aren’t really spectacular (Rafe Spall is the better of the four main actors), and the ending – although surprising – is a little abrupt.

Nonetheless, “The Ritual” is really entertaining and, most of the time, scary enough. When was the last time you’ve seen a film which manages to have a creepy atmosphere even during the daylight scenes? Moreover, it’s not crowded with the much-hated and overused jump scares. There are a few of them, but just enough to be supportable.

“The Ritual” deservedly won the Best Effects awards at the 20th British Independent Film Awards. Critics compared it to “The Wicker Man,” A24’s “The Witch,” or even called it the British “Blair Witch Project.” To Stephen King fans, the film might resemble the adult part from his novel “IT,” which will be the subject of 2019’s “IT: Chapter 2.”

“Following the sudden, violent death of their best mate, four young men reunite for a hike through the Scandinavian wilderness. Deep in the black, Nordic forest, they find themselves lost in a hell of sinister nightmares and pagan sacrifices. For these ancient woods are home to a malevolent deity which will force them to face the darkness inside themselves.”

If you like slow, atmospheric horror films, you should really give “The Ritual” a chance. 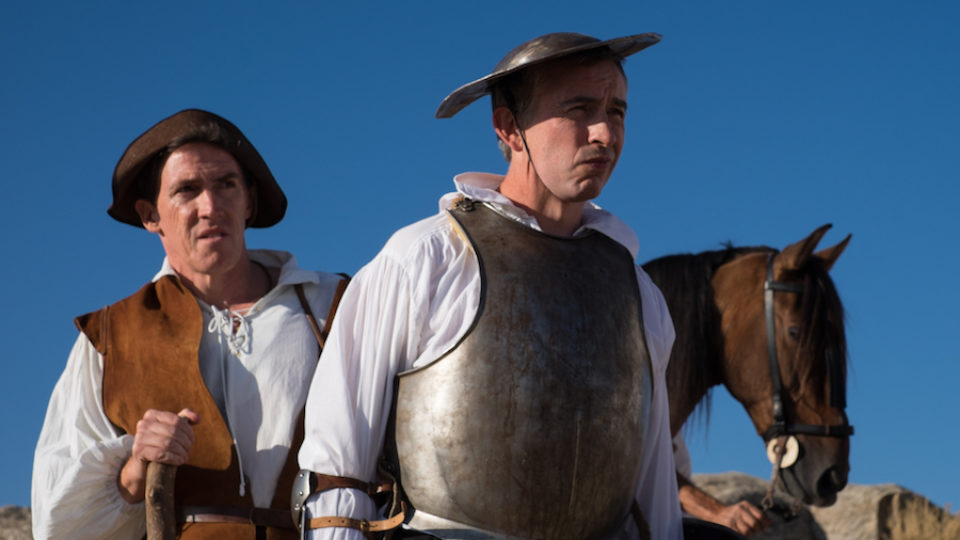 British comedians Steve Coogan and Rob Brydon yet again star as fictionalized versions of themselves in this third entry to “The Trip” series. After their tours of northern England and Italy in “The Trip” (2010) and “The Trip to Italy” (2014), this time they are traveling to Spain in search of the best culinary experiences. However, the culinary travel is just a pretext for two hours of delightful conversations, hilarious impressions of British celebrities, and lots of dry humor.

The film is closer in style to a documentary, with a strong authenticity to the point where you might wonder if Coogan and Brydon are really acting at all. Like the previous two installments, “The Trip to Spain” is not suited for everyone. You might hate it or love it. But if you’re familiar with David Bowie, Roger Moore, Anthony Hopkins or Mick Jagger and you’re eager to see Coogan and Brydon as the new Don Quixote and Sancho Panza, then chances are you’ll fall into the latter category. 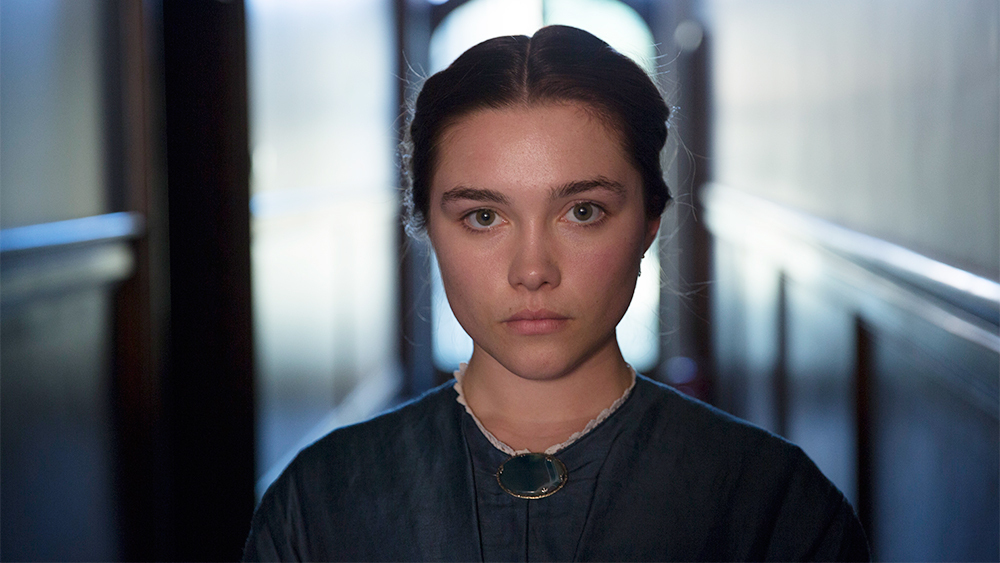 First screened at the Toronto International Film Festival in 2016 and later receiving a wide release in 2017, “Lady Macbeth” is a surprisingly dark period film and one of last year’s most original British productions. The film is director’s William Oldroyd first feature-length work and is based on Russian novelist Nikolai Leskov’s short story “Lady Macbeth of the Mtsensk District,” in its turn inspired by Shakespeare’s work of a similar title and chronicling a similar tale of murder and madness.

Katherine or Lady Macbeth (Florence Pugh), although never explicitly called this way, is a fascinating protagonist. When introduced, she appears to be a vulnerable young woman, tied to an older husband who doesn’t love her and who she does not love. However, after committing adultery with a farm worker in the absence of her husband, her character gradually loses every sham of innocence and eventually evolves in the ultimate antihero, the kind which the audience nearly roots for.

Apart from being a compelling character study and a tragedy of Shakespearean proportions, “Lady Macbeth” is also a great looking film whose alluring cinematography and carefully chosen framing will take your eyes from beginning to end.