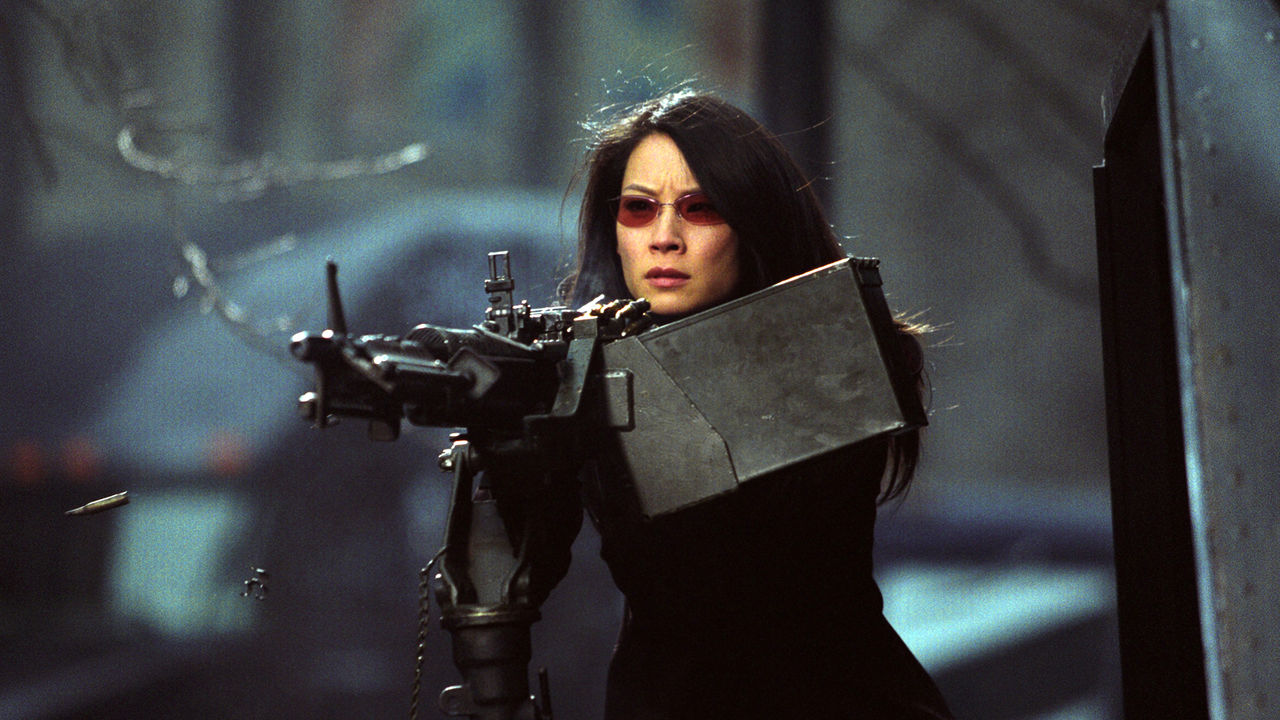 If you thought Michael Bay had an obsession with explosions, get a load of this hunk of junk. It’s essentially ninety straight minutes of explosions and Lucy Liu staring blankly into the camera stitched together by what appears to be an attempt at a coherent screenplay. Forget style over substance, Ballistic: Ecks vs. Sever is lacking in both areas.

Listen, non-stop action can be exhilarating in a lot of movies, but not in this monstrosity. There’s not enough style or depth to warrant so much silly mayhem. Viewers get innumerable action scene but they’re never given a reason to care. Mad Max: Fury Road was a success because the action scenes were mesmerizing and they served some sort of purpose.

The action scenes here are sloppy and they only exist to advance a story that simply isn’t there. It would be one thing if these scenes were well-choreographed, but they don’t even have that going for them.

The sad attempts at storytelling are hampered by dull performances and generic dialogue. Seriously, if the movie could have done one thing right, it may have avoided acquiring such a negative reputation. Unfortunately, there’s nothing nice to be said about it. It’s ugly, unintelligent, and mind-numbingly boring. Skip it.

For those who weren’t previously aware, Pamela Anderson starred in a sci-fi action thriller that borrows the basic structure of Casablanca. For those yelling at contemporary Hollywood for running out of good ideas, please reread the previous sentence. They’ve always had horrible ideas.

Putting Pamela Anderson in any movie is a bad idea. Putting her in an adaptation of a Dark Horse comic is baffling. Sure, this was back in 1996, but let’s not pretend anyone thought Anderson could act at any point in time.

On the bright side, Barb Wire never takes itself too seriously. On the less bright side, that doesn’t mean it’s a fun movie. Anderson doesn’t know whether to be campy or serious, so she settles for an awkward combination of both. As a result, the movie never quite commits to being stupid fun. It’s a shame because intentionally silly action movies are often a blast. They just have to know how to approach the material.

Honestly, Barb Wire is pretty clueless about pretty much everything. It’s not sure about its tone, its story, or even its character’s motivations. It kind of just goes with the flow. The flow just doesn’t happen to be any good. 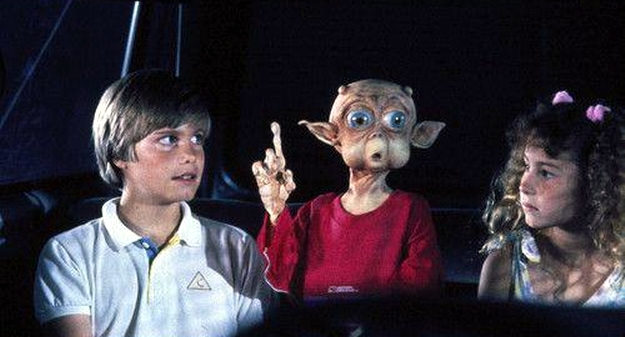 Everyone can thank Paul Rudd for making this atrocious ET knockoff famous. At one point, it was an unknown low-budget family alien flick with some very bad reviews. Luckily for the viewing public, Ant-Man himself has made it so that nobody could possibly forget about one ridiculous wheelchair scene.

Surprisingly, that scene doesn’t begin to show the sheer amount of ineptitude onscreen. Mac and Me is more than just a shoddy attempt to cash in on Spielberg’s megahit. It’s a legitimately atrocious piece of filmmaking in every regard.

The (admittedly thin) premise revolves around a paraplegic kiddo who tries to get an extraterrestrial back to his family. In other words, it’s ET featuring a character with a disability and an abundance of product placement.

Basically, this movie is an overly long commercial for McDonald’s that just so happens to borrow the premise of one of the most beloved sci-fi movies of the ‘80s. It does nothing to differentiate itself from the movie it so desperately tries to mimic. The only difference is the fact that this movie is significantly worse in every regard.

It occasionally approaches so-bad-it’s-good territory, but it never quite makes it there. While some scenes are unintentionally hilarious, they’re not worth the 99-minute commitment. The best thing to do is find a few clips on YouTube, have a laugh, and call it a day. Watching the movie in its entirety would be a huge mistake considering all the things a person can accomplish in an hour and a half.

Who on earth decided a Baby Geniuses sequel was necessary? The first film was widely panned for its reliance on body humor, god awful visual effects, and embarrassing performances. There have been a lot of movies that deserved sequels, but Baby Geniuses wasn’t one of them.

That 2% Rotten Tomatoes joke isn’t a lie. Baby Geniuses is unbearable. With that in mind, it shouldn’t be too surprising to learn that the sequel is somehow ten times worse. Adding superheroes didn’t improve the series. It just made it more insufferable.

Let’s not waste time pretending the premise is anything worth talking about. It’s right in the name. These babies are super freakin’ smart and they can lift heavy objects. What a novel idea. What’s truly baffling is the fact that the cast and crew somehow manage to make a movie worse than anyone could possibly imagine.

On paper, the movie sounds like a complete disaster. Sitting through the movie is a whole other story though. There are few experiences comparable to sitting through Superbabies: Baby Geniuses 2. Not to by hyperbolic or anything, but it’s sort of like receiving a papercut in between your fingers for an hour and a half.

So, did the horribly critical response end the series? Nope. They made a TV series and marketed it as a set of three movies. In other words, technically, there are five Baby Geniuses movies. So if people want to buckle down and sit through roughly 450-minutes of talking babies, they have the opportunity to do so. For those wondering, every second is as painful as the last.

Worst sci-fi movie of all time might be an understatement. Let’s make one thing perfectly clear: Battlefield Earth is one of the worst movies ever made, period. The adaptation of the 1,000 page L Ron Hubbard novel is an atrocious waste of time.

Despite what Travolta may have said prior to the film’s release, this is not the “Schindler’s List of science-fiction films.” It’s closer to the Schindler’s List of bad films. That might be why the Razzies deemed it the worst drama of the decade.

There isn’t enough time to go in depth about everything this movie does wrong, so the best idea would be to briefly mention everything that comes to mind. Travolta gives the worst performance of his career, the cameraman has no idea what he’s doing, the makeup and costumes are ridiculous, the story is incomprehensible, the production design is hideous, and the dialogue is robotic.

That covers just about everything, but there’s too much incompetence to talk about everything. This is a movie that people need to see to believe. Or maybe they’d be better off just trusting the poor souls who have seen it.

There are few movies in any genre that suck this much. That’s not exactly the most scholarly way to ridicule a movie, but it’s absolutely true. This is one of worst things ever recorded with a video camera. Calling it a bad movie would be a disservice to every other bad movie. This is something else entirely.