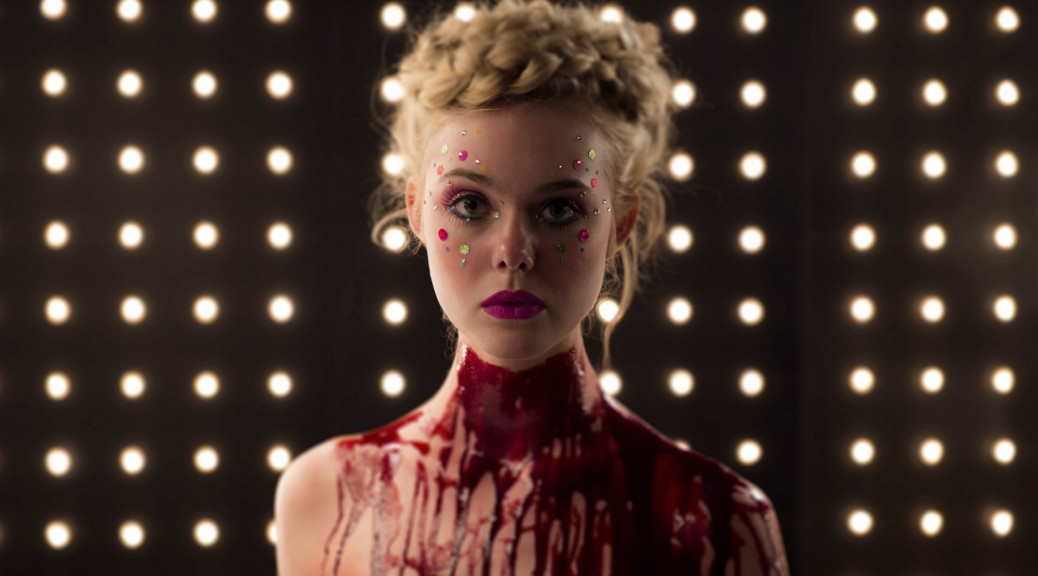 How do you define self-indulgence? In creative work it is defined as lacking economy or control. Going deeper into filmmaking with regards to this term, it can be used to describe such films wherein the filmmaker produces a work of art for his own pleasure, marvels at his own creation and almost disregards the audience. While this may sound as a negative aspect of the film, on the flip side it might aid in conveying the themes or atmosphere of the film.

For instance, David Lynch’s acclaimed film Mulholland Drive can also be labelled as self-indulgent. For many watching the film was a challenging experience since it contained plot points and weird unexplained scenes that on first glance do not add up to the entire story. The other lot were immensely fascinated by Lynch’s dream-like style which could have only been incorporated effectively with the surreal tone employed by Lynch.

Instead of getting frustrated, many movie-goers were profoundly baffled by this unique visual experience and it is this experience that persuaded them to go back and analyze the meaning of the film or even just to relive the said experience.

There are quite a few films which are self-indulgent in a positive way. But this list will focus on how this aspect can negatively affect a promising film or even in some cases deteriorate the viewing experience to some extent. They are not necessarily bad films but just like any other film these too contain flaws.

A black comedy depicting the extravagant lifestyle of one of the most notorious stockbrokers in America helmed by Martin Scorsese’s kinetic direction and coupled with a career best performance from Leonardo Di Caprio was destined to be a masterpiece.

Scorsese effectively criticizes the American Dream by utilizing the darkly comic approach of Terence Winter’s sharp and brilliant screenplay. But what prevents it from achieving the masterpiece status are flickers of self-indulgence popping up during the entire three-hour runtime.

Most of the scenes consist of characters either involved in drug-fueled activities or fulfilling their sexual needs. Granted that to maintain the black comedic tone the aforementioned scenes play out in a hyperbolic manner. But Scorsese does cross the line at times by investing more screen time than required on some over-the-top sequences.

For example, the entire slow motion tracking shot inside the plane where all the employees engage in sexual acts with prostitutes or when Jordan Belfort describes the physical traits of the prostitutes frequenting their firm to entertain the employees. While overall the film is absolutely brilliant, it is these miniscule aspects that pull it down a bit.

Any discussion regarding this film will inevitably lead to how it robbed Fargo of the Best Picture and Best Director statuettes at the Oscars. While Fargo is still ingrained into pop culture (there is even a TV show based on the events of the film currently in its third season), The English Patient has practically been forgotten.

How could a film depicting a tragic love story with the World War 2 set as a backdrop and being in the same vein as the classic romantic film Casablanca, not have an indelible impact on the audience? The simple reason being the under-development of the relationship between our main characters around whom the entire story revolves. When you don’t show a proper build-up and reason for the characters to fall in love, the audience feels robbed of a starting point, something they can hold onto.

In a similar way the director rushes with the initial scenes of Count Laszlo and Katherine together and concentrates more on those scenes where they are intimate with each other. Beautifully shot and brilliantly acted passionate love-making scenes thus invoke little to no emotion as the audience fails to catch up.

Additionally, whenever the characters are intimate with each other, the dialogue feels like they are talking about love in a complex way, drawing parallels to books or music. Instead of enriching the scenes with meaningful subtext, the dialogue comes off as pretentious. This widens the already huge rift between the characters and the audience and hence the emotional payoff fails to create an imprint in the minds of the viewers. 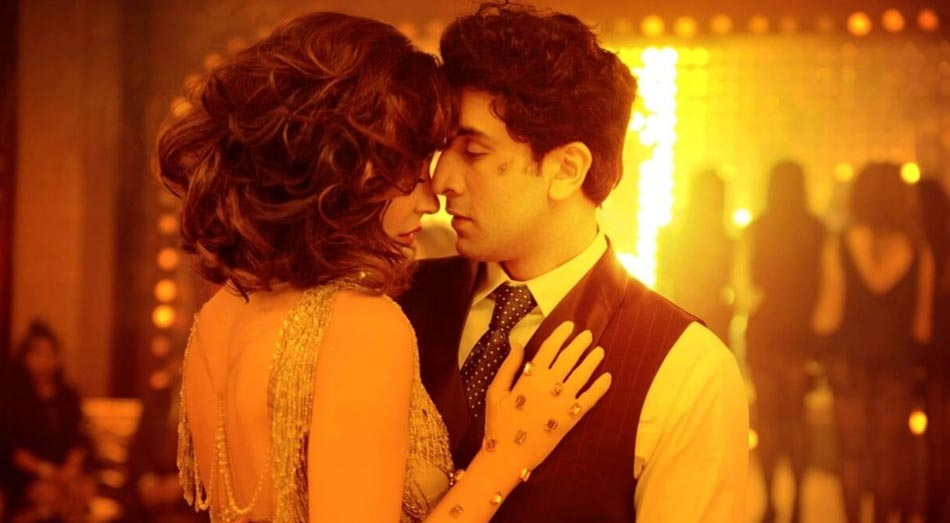 This film was acclaimed Indian director Anurag Kashyap’s first venture into big budget studio backed production. Known widely for his gangster saga, Gangs of Wasseypur, and coupled with some thought provoking, critically acclaimed indie films under his belt he was finally given a humungous budget to see his passion project materialize onto the screen.

A classic rags-to-riches tale wherein the protagonist strives to achieve domination among gangsters, corrupt politicians and wealthy citizens with the Bombay of 1950s set as a backdrop. Being the ardent cinephile he is, the entire film is peppered with references to classic gangster films like Goodfellas, The Godfather and Scarface.

However his pre-occupation with this aspect and the excess focus directed towards the look and feel of a period film resulted in bland characters and a poor story. He was so absorbed in perfecting the style of the film that creating fully fleshed out, relatable characters took a backseat. Ironically, it is the well-defined and complex characters that made Kashyap’s previous films intriguing and worth remembering.

Wild and Insane- these two are the perfect words to describe this film. A partially trippy film, its trippiness is accentuated by multiple crossfades and insert-shots of chaotic imagery such as dragons blowing fire, devils and monsters laughing, a bloodied Mickey Knox and so on.

The depiction of over the top violence, the unorthodox approach to cinematography (the insane amount of Dutch Angles) and lighting and deliberate haphazard editing surely did turn off the audiences back then and managed to stir up a considerable amount of controversy.

While the above factors could have easily contributed to the film’s slightly self-indulgent nature, it actually aids in constructing a brutal and over-the-top tone of the film that provides a scathing commentary on the sensationalism that the media promotes and the public that panders to it.

But just like The Wolf Of Wall Street, films like these are susceptible to over- doing their chosen style. The film constantly has insert shots of either dangerous and vicious animals like snakes or dead carcasses of harmless animals like a deer and various other footage of insects which represents the barbaric nature that human beings possess especially the serial killers and the detective. The problem arises when this said aspect continually pops upon the screen and at some point it starts becoming unnecessary.

In a similar way there are animated snippets lasting for about a few seconds that are assimilated within several scenes. Here, we see animated versions of a buffed up Mickey running through the corridors with guns in his hand and a cartoonish Mallory violently killing off a cat. These snippets become redundant as they hardly have an impact on the scenes. 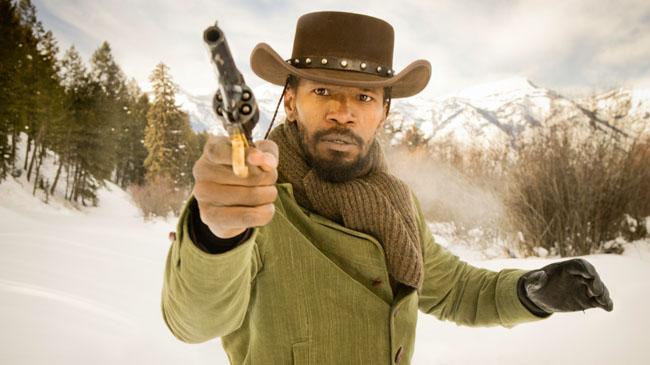 Crisp and witty dialogue and use of extreme violence perfectly sums up the trademark style of Quentin Tarantino. Though he is often criticized for glorifying violence, his films from the 1990s like Pulp Fiction and Reservoir Dogs did showcase extreme acts of violence which was done to specifically build the world around the colourful characters and set up the gritty but at times humourous tone of the films.

However, it is Django Unchained where he completely went overboard by employing violence unnecessarily. This is evident from the two shootout sequences during the third act wherein as the protagonist goes on a killing spree, Tarantino seems to be more interested in the gore. By showing blood splashing everywhere coupled with a hip rap song in the background, Tarantino attempts to send off ‘cool vibes’. But he fails colossally, as the romanticization of violence results in an uncomfortable reaction from the viewer.

While the film is enthralling, it loses steam when the characters reach Calvin Candie’s plantations as Tarantino himself is unclear what to do with these scenes. Hence they feel dragged and without any significant activity with the exception of the dinner scene which features a masterful performance from Leonardo Di Caprio as the fiendish Calvin Candie. In a similar way, even the last twenty or so minutes, which features Tarantino in a cameo, feels like an unnecessary addition to an already long running time.