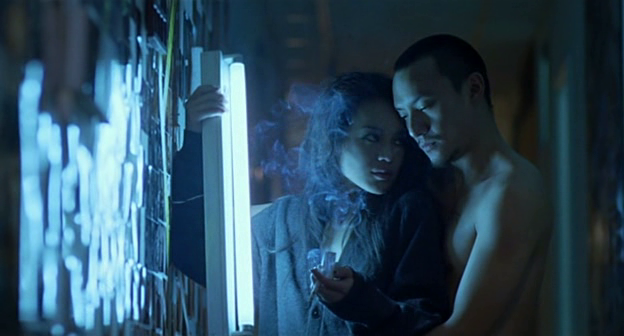 In how many ways is it possible for love to fail in reaching a final destination? “Three Times” is an essential film of Taiwanese New Wave Cinema and a visual masterpiece that is meant to expose three different cases of incomplete romance.

In 1966, a soldier attempts an ineffectual quest for a girl who works as a pool bar hostess, traveling to one place after another. During the early years of the 20th century, a prostitute falls hopelessly in love with a customer.

Finally, in modern Taipei, a female pop singer and a male photographer have sunk into the abyss of technological means of communication, until they find themselves alienated from each other. The stories are named “A Time for Love,” “A Time for Freedom” and “A Time for Youth,” respectively.

This film is an effort by Hou Hsiao-Hsien to make clear that love is not always enough: In “A Time for Love,” the pool bar hostess is obviously interested in the young soldier. However, she is never there for him. In “A Time for Freedom,” perhaps the prostitute’s beloved customer does not respond to her kind of love, but he is affectionate. In “A Time for Youth,” both characters are confused and unfocused; they clumsily handle their emotions and miss their chances for happiness.

Sharing emotions is of vital significance and simultaneously, extremely complicated. Βad timing, social stereotypes, and even complex circumstances of reality are some of the parameters that could take effect as obstructions to the substantial intentions of human nature. The right to partnership is acquired but not granted; the losses are inevitable and the answers to ease the pain are rarely specified.

“Before Sunset” is a noteworthy film that brings gently to the surface introspective reflections of several lifetime concerns. Even more, it is remarkable from a technical standpoint. Through this masterfully synthesized movie, Richard Linklater succeeds in generating deep queries on one of his favorite subjects: the long-term handling of time.

Jesse (Ethan Hawke) and Celine (Julie Delpy) meet in Paris nine years after passing a dreamlike romantic day in Vienna. Many circumstances have been established during these nine years: Celine has a successful career and Jesse has a family. He visits Paris, where Celine lives, in order to promote a novel that he wrote about his short love story with Celine.

Jesse is at a book signing and all of a sudden, Celine stands in front of him. The camera follows them walking and talking, until the spectator forgets that he is watching a movie and gets the impression of eavesdropping this couple.

Once again, Jesse and Celine have at their disposal one day to spend together before he takes a flight to America. During these hours, the protagonists are unable to avoid the electric vibes between them.

Effortlessly, they come up against their life-defining random events and choices. How would the lives of Celine and Jesse be if they had stayed together nine years before? This is the big question of this film. Until the end of the day, only one fact is clear even before Celine mentions it: Jesse is going to miss this flight. 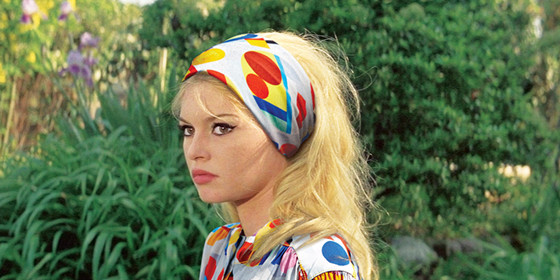 Jean-Luc Godard’s “The Contempt” belongs in the kind of films that have to be watched more than once in order to be comprehended. Godard handles imagery with mastery, so in relation to the visual interpretation, as with respect of the script symbology, experiencing this film seems like watching a visualized poem.

A screenwriter doubts his reasons to continue the script adaptation for an ongoing cinematographic production of “The Odyssey,” and in parallel he doubts his wife’s true feelings. Paul (Michel Piccoli) informs his wife, Camille (Brigitte Bardot), about his intentions to quit the script adaptation if she does not assure him about her love. Thus, Paul’s personal Odyssey begins.

Camille is covered by a cloud of mystery; she usually wears sunglasses, her attitude is vague, and her words are ambiguous. Many of the scenes involve her physically exposed but mentally unapproachable. While she and Paul have an extended discussion at their house, a geometric element or an item is always placed in the midst of their bodies, illustrating the gap rising between them.

Marriage is not a homeland, but the long trip to a lost homeland without directions. A woman in a man’s world is a temptation, an enigma, and also the final destination that he struggles to see in the distance. Paul, somewhere in the middle of this trip, makes the realization that he is possibly lost, and Camille could be either his distraction or his lost map. 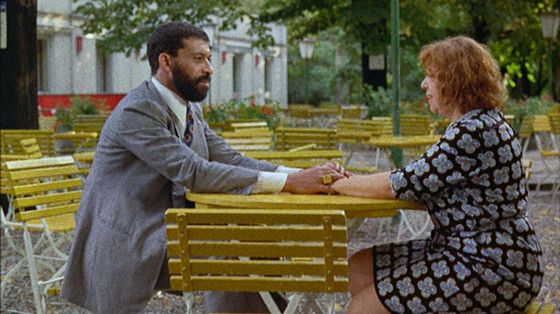 The feeling of solitude and the essence of companionship have never been described in more plain terms and with such plenitude as in Rainer Werner Fassbinder’s film “Ali: Fear Eats the Soul.”

Emmi is an old widow who works as a cleaner. Ali is a young Moroccan worker. They meet in a lifeless bar. Emmi sits all alone and someone incites Ali to ask her for a dance. This is the connection point for two excluded and mistreated souls.

Ali and Emmi are together from the first day of their encounter. He doesn’t care about her frayed beauty; as he says, she is a nice person. Therefore, they marry in order to nest along and create their own Garden of Eden, hidden by the cruel face of reality.

Despite this, multiple external parameters afflict the couple’s serenity. Emmi’s surrounding has a racist attitude towards Ali and respectively, Ali’s friends are sarcastic about Emmi’s age and appearance. During one of the most heartbreaking scenes in cinema history, she confesses to Ali that she can’t further stand the world’s unacceptance, bursting into tears.

Eventually, Ali is estranged from his wife and reconnects with a former sex mate. Emmi dares to win Ali back, visiting him in the bar where they first met. She sits at the same table and requests the song that they had danced that day. Suddenly, the setting is the same. As they dance for one more time, it’s obvious that they are a unit standing against everyone else. Emmi says, “Only together we are strong,” and Ali knows it.

Travis has been wandering for a long time in the desert of Southern America. Now he is back, holding in his hand the picture of his own Paris, somewhere in Texas. Long ago, he lost his wife and child. After reacquiring his mental strength, he begins a risky trip with the aim to take back his family and find a territory.

Initially, Travis (Harry Dean Stanton) visits his son who has been staying with his uncles during his absence. The father-son bond has not broken. Accompanied by the little boy, Travis drives from Los Angeles to Houston, where he finds Jane, his wife.

Jane (Nastassja Kinski) works in a sex hall. All she does is sit in a small room behind a one-way glass and speak with customers. He stands behind the glass. He takes the phone and tells a story to the girl; their own story, from the beginning to the end.

The girl holds the phone as well, listening to someone she used to love. Through his words, she remembers the good days, the bad days, the reasons that led her to drift away from her darlings. She remembers herself how it used to be long ago.

“Paris, Texas” is a tribute to those being lost in the mental desert that occupies the mind after losing their most beloved ones, to those being self-captivated behind imaginary walls, and to those who have never forgotten their lost territory. Even if it lies in an infertile field in Texas, it could host a small Paris.