Some horror movies are considered greats, and some are considered just plain awful. Much of the time, critics and audiences agree on which films belong in these categories. Every now and then, there are films that many find to be brilliant works within the genre, while others are left scratching their heads wondering why everyone is head over heels for it.

One of the best parts of the horror genre is that one person’s trash is another’s treasures, and these films, in one way or another, fit that description. These are the 10 most divisive horror films.

This film is a horrifying story of teens banding together and fighting to stay alive from an evil that follows them no matter where they are. The curse, passed on through sex, won’t stop until it kills, leading to the person possessing it needing to pass it on as quickly as possible, or otherwise be doomed to live in paranoia for the rest of their lives.

“It Follows” was a film that critics loved for being something more than just your basic killer horror film. Flipping the usual sexual politics that are used in much of the horror genre, it was smart and intense. The use of an atmospheric score created more tensions as the film progressed and helped further create a surreal feeling in a world with a seemingly dreamlike time period, much like the monsters that hunted the characters.

The film rocketed to a 97 percent rating on Rotten Tomatoes, helping to create enough hype for the film that made audiences eager to watch. Though eager, many viewers who watched the film weren’t as captivated by the film like critics were, leaving unpleased and questioning what the hype was all about. The slow-paced monster and plot left much to be desired by viewers, and left many calling the film simply boring, and not scary at all.

The Australian horror ‘documentary’ won over fans and critics at its screening at South by Southwest with its reality and mature take on the docu-style, found footage horror tales that seemed to be picking up steam again due to the success of films like “Paranormal Activity.” Its raw storytelling of family grief and mystery made the film for many a horrific journey through this family’s tragedy, although for many it left them falling asleep and waiting for something to happen.

The documentary, so well crafted and made, gave information on the case at a meandering pace that made many fans check out early, wishing for more to happen. Ultimately, those who disliked the film cited reasons such as the lack of thrills and scares, and just all-around boring, giving the film just a 62 percent audience score on Rotten Tomatoes compared to an astonishing 93 percent from critics.

A film that has been deemed a staple of Halloween season film viewings. The story of camp counselors being hunted one by one by a masked killer slashed its way into the horror genre in 1980, and while creating a fan base large enough for an unrelenting amount of sequels, it still has many questioning its merits, and whether its a horror classic or simple exploitation schlock riding off the popularity of Carpenter’s 1978 film “Halloween.”

Upon its release, Gene Siskel disliked the film so much he spoiled the ending in the opening paragraph of his review, hoping that would make people not want to go see it, and continued to call director Sean S. Cunningham the “most despicable creature ever to infest the movie business.” Possibly seen as quite the accomplishment by many, these words by Siskel weren’t the only detractors of the film, with many calling it unimaginative and exploitive just to be so.

Although critics seemed to dismiss this film as useless schlock and just another addition to Cunningham’s filmography, many horror fans and teens at the time felt very different. With word of mouth and a twist ending many didn’t see coming, the film destroyed the box office.

As far as movies go, low-budget horror or not, it seemed even then that the masked killer that is Jason Voorhees was just beginning, and riding the momentum from audiences, it was a name that would continue to induce fear for decades to come. 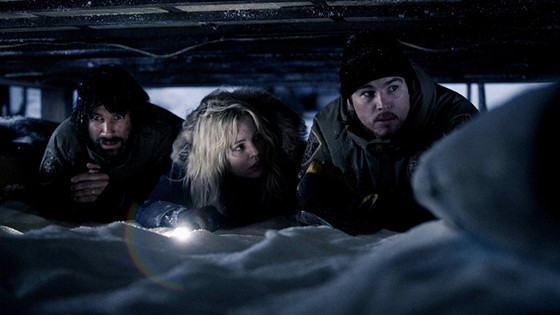 Taking place in a small town in Alaska that experiences complete darkness for a month, this film sets itself up for a great return to a monster Hollywood overplayed, and at the time had turned into a goofy action enemy, taking away most of the horror that is connected to the monster.

Based off of the graphic novel, the film re-created vampires as violent creatures that hunted in packs. A great, fun, and violent vampire movie seemed like the perfect idea, yet this film is just one of many that seemed to shoot itself in the foot with adding so much focus on certain aspects that, once it shifted focus, everything else just seemed so meaningless.

The great fun that comes with the vampires and the action occuring in the town is simply not enough, for when the film switches and begins showing the people left in town, it completely slows the film down as the focus turns to an emotional line from characters that have no depth. Though the film generated a lot of cash at the box office, its sequel was sent straight to video and ultimately split critics and audiences, who disliked it due to its repetitiveness and lack of originality. 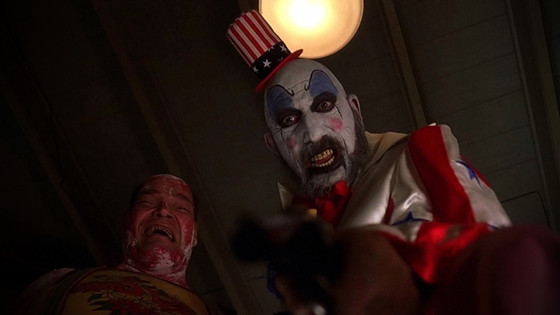 Rob Zombie’s directorial debut is a simple story of a group of teens who pick up a hitchhiker and stop at her family’s ranch to fix some car troubles. The film, for what it’s worth, has gained a cult following and was loved and hated by both critics and general audiences.

Some call the movie a great horror flick as it pays homage to older exploitation films such as “The Texas Chainsaw Massacre” (1974), “The Hills Have Eyes” (1977) and creates, an albeit well traveled path, one that many horror fans have come to love through the years. With plenty of gross-out kills, it seems to be a return to the type of horror that modern day horror has shifted away from.

This push for a return to gross-out gore and purposeful schlock helped boost this film to a 65 percent audience rating on Rotten Tomatoes, but these ideas that seemed to make the film great for many, made the film unbearable for most critics.

Cheap gore with a weak story and characters drove the film into a realm where once again viewers root for the villain and not care about the kids actually being murdered, due to never being given a reason to care for them in the first place.

A meaningless plot with meaningless killings creates a film that many saw as not worthy of any praise, as its just a kill fest with no outcome. Ultimately, despite getting a low 19 percent by the critics, it remains one of Zombie’s most beloved movies.