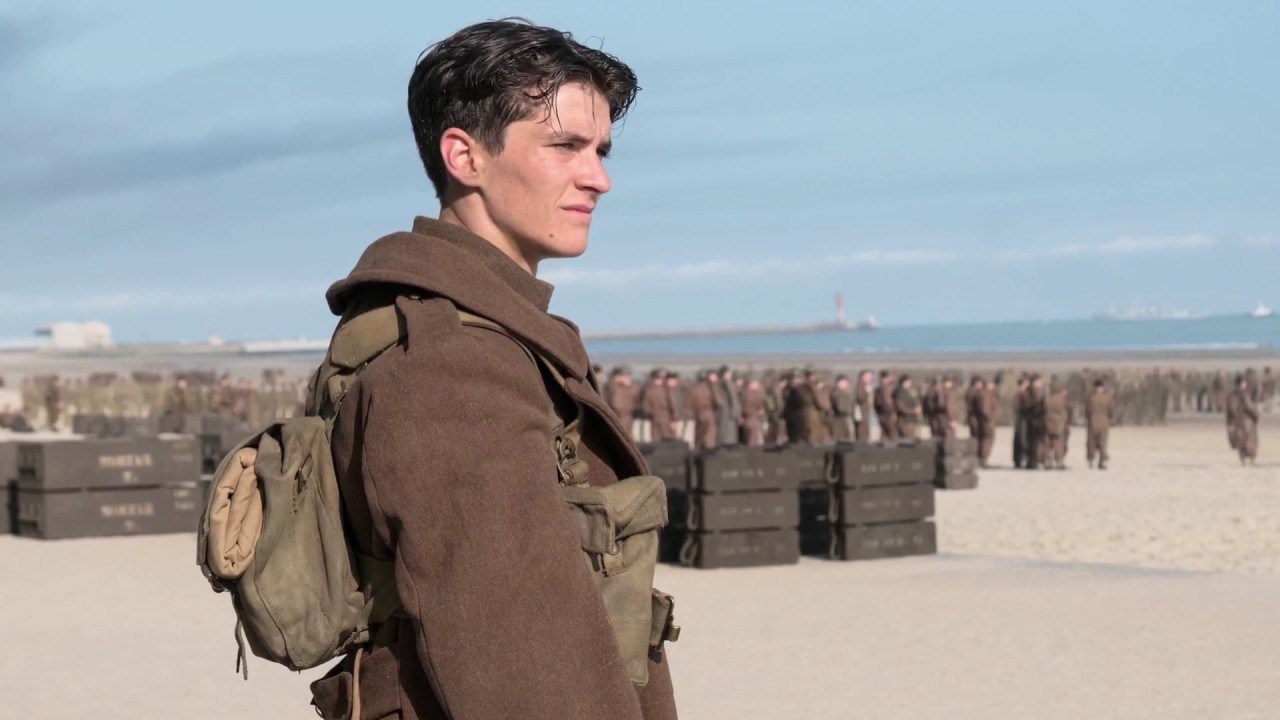 Lists are subjective, as are film awards and criticism (although criticism from respected critics has merit in that it’s generally knowledgable of film history and based on a set criterion rather than a gut reaction). Having said that, there are some films that are overrated, no matter how you look at it.

For example, who amongst us really believes the 1991 Best Picture Academy Award winner Dances with Wolves (1990) was better than Goodfellas (1990)? With the passing of time we are given better perspective to objectively evaluate films without the hoopla and advertising campaigns that once surrounded them. This is why we can see clearly today that Titanic (1997) was supremely overrated.

This same principle applies to more recently released films of past years. With a year or more having passed since their release, we are often better able to assess them with a more objective eye. But even then, all of this is subjective. With this in mind, these are the top ten overrated films of the 21st century ranked.

Following on the heels of his far-superior 2014 film Whiplash, Damien Chazelle crafted this interesting musical romantic comedy about life and love in Tinseltown. As with Whiplash, Chazelle’s screenplay is impressive, easily the best thing about La La Land. The film danced its way to $156 million in box-office returns, and was the toast of the town come awards season.

It received a record-tying fourteen Academy Award nominations (tying All About Eve, 1950), including Best Picture, Best Director, Best Original Screenplay, and Best Actor (Ryan Gosling) and Best Actress (Emma Stone). These nominations resulted in six Oscars, including Best Director and Best Actress. The film will always be remembered for Academy Award presenter Faye Dunaway mistakenly announcing it the winner for Best Picture instead of Moonlight (2016).

La La Land isn’t a bad movie. It’s actually a pretty good, charming little picture. But it’s not a movie worthy of seven Academy Award nominations, let alone fourteen. Does anyone really believe La La Land was anywhere remotely close to being the best movie made in the sixty-six years that followed All About Eve? That’s ridiculous. And by those standards, this would mean La La Land was the finest musical ever made; somehow even better than the films which inspired it.

Emma Stone is completely deserving of her Oscar win, and again, Chazelle’s screenplay is solid. I could talk about the mere adequacy of the film’s songs or the poor singing “talents” of Ryan Gosling, but why bother? If anything, La La Land serves as the perfect reminder of how silly and out of touch the Academy is. Shame on any of us for ever believing the awards had merit or were anything more than self-congratulatory examples of industry politics.

This biographical World War II film about a heroic pacifist combat medic named Desmond Doss (played by Andrew Garfield) was directed by Mel Gibson. Doss, who saved a remarkable 75 soldiers at the Battle of Okinawa, all without firing a single shot, became the first conscientious objector to receive the Medal of Honor.

Although he’s not nearly the directorial talent both he and the Academy believe he is, Mel Gibson handles the impressive battle scenes in the film with great gusto. These violent sequences are some of the best battlefield carnage scenes Hollywood has ever produced. However, Gibson’s motives for selecting this material become instantly apparent in his focus being on Doss’ devout Christian beliefs rather than the heroic actions themselves.

Concealed only the slightest bit by its being disguised as an actual war movie, at the end of the day Hacksaw Ridge is little more than religious propaganda. Vince Vaughn is completely miscast as a tough-as-nails sergeant, and the film struggles to find its tone; it wants to be a holier-than-thou religious picture, but seems to completely revel in its audaciously gory battle scenes. 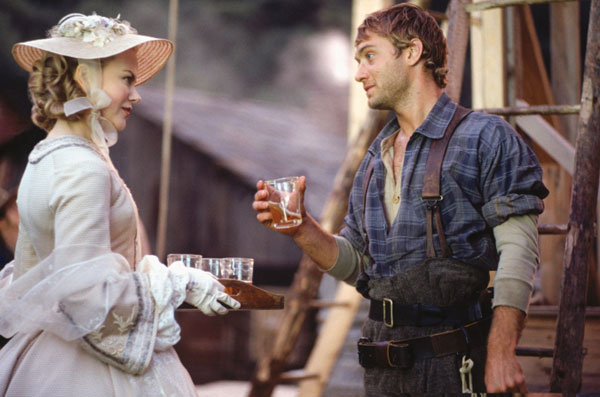 Adapted from Charles Frazier’s 1997 National Book Award-winning novel of the same name, this Civil War drama was written and directed by the always-overrated Anthony Minghella. The $79 million epic is every bit the typical Oscar-bait assembly line product Miramax was known for.

With an accomplished Academy Award-recognized auteur adapting a prestigious award-winning novel and featuring a cast of respected award-winning performers, it was little surprise to anyone that Cold Mountain was a success.

It earned $173 million at the box office and received more than seventy award nominations in all, including seven Academy Award nominations, including Best Actor (Jude Law) and Best Supporting Actress (Renee Zellweger). The film won a single Oscar for Zellweger’s performance.

John Seale’s cinematography is terrific. The film has high ambitions, but never really reaches them in terms of artistry. It’s a cold and emotionless affair that goes on for way too long at 154 minutes. Cold Mountain wants to make sure its viewers understand that the Civil War was a bleak and unpleasant place filled with grief and tragedy. That’s well and good, but it eventually becomes a heavy burden for the viewer to bear with its extended running time.

Zelwegger’s Oscar-winning performance is almost as grueling to sit through as the bloody war scenes, and after you’ve subjected yourself to them, you’ll feel as though you’ve survived a gruesome battle yourself. Not to speak ill of the dead, but when one takes an objective look at Anthony Minghella’s career, one has to wonder what it was about his films (The English Patient and The Reader) that made Academy voters swoon the way they did.

This was the eighth film directed by offbeat auteur Wes Anderson. Inspired by the writings of Austrian novelist Stefan Zweig, the American-German-British co-production features an ensemble cast containing such accomplished performers as Ralph Fiennes, F. Murray Abraham, Adrien Brody, Tilda Swinton, and Bill Murray, just to name a few. As is the usual with Anderson’s films, critics gave the film higher marks than audiences.

The Grand Budapest Hotel isn’t a bad film, but it is an overrated one. Why this one would be so highly praised boggles the mind considering it’s little more than a rehash of Anderson’s previous seven films. It would appear that Anderson has mastered the art of garnering critical appeal; in order to receive accolades he must simply be quirky and offbeat while making zero attempt to alter or elevate his work beyond his previous efforts.

The Grand Budapest Hotel received more Academy Award nominations than all of Anderson’s previous films combined, but does absolutely nothing so fresh or new to deserve such honors.

This is the true story of a poor high school football player named Michael Oher, and Leigh Anne Twuohy, his adoptive mother. The story is significant because Oher, an offensive lineman, was later drafted to the NFL by the Baltimore Ravens. Despite receiving middling reviews, The Blind Side was praised for Sandra Bullock’s supposed terrific performance as Tuohy, was a box-office sensation earning more than $300 million, and received Academy Award nominations for Best Picture and Best Actress.

The Blind Side is overrated simply because it’s not a very good movie. It’s nowhere near the caliber of film deserving of Best Picture consideration. So why did everyone go nuts over the film? Because it was designed to make white audiences feel better about themselves. This is approximately the one-millionth film depicting a white person who valiantly saves a black child from the ghetto.

The storyline may be true, but it’s such a cinematic cliché by this point that it should not have even been green lit. Not only is the film itself overrated, but Bullock’s performance is the epitome of something that is overly-celebrated. Her performance is hammy, to say the least, and her grating Southern accent is the most annoying thing to touch your ears since the bully who sat behind you in seventh grade math.

The only reason The Blind Side is appreciated is because it provides white audiences the chance to pat themselves on the back for helping a minority rise above a socio-economic system that was created by white people in the first place. But if you need more proof that the film is overrated, consider this unwritten rule: no movie starring Tim McGraw should ever be nominated for Best Picture. It’s as simple as that.