This movie is way too long. That’s honestly the biggest problem the movie has. No need to act like the movie and run around too long to make my point. It’s more than 150 minutes long and it could’ve lost 30 minutes and still made the same point. There’s some truly magical stuff here, some of the best filmmaking of the year. And the ambiguity within is really great.

There is a lot to chew on here, leaving the after-film discussions to be just as intriguing as the movie itself. But hoo boy does it take its sweet ass time getting there. The director is supposed to be able to kill his darlings for the betterment of the movie. He didn’t do so here. It’s way too self-indulgent for its benefit.

4. Sorry to Bother You

Have you ever wondered what it would be like if an Adult Swim cartoon went to college and fell in with a bunch of socialists? This is that movie. It’s got some funny moments, but nothing really laugh-out-loud funny. It’s righteously angry about destructive capitalism in our country, but it really has nothing new to say about it.

The movie is overlong and runs out of steam by the end when it turns into BoJack Horseman fan fiction. The message is honorable but it’s in service of a nonsense movie where nothing really adds up except “capitalism sucks and we gotta revolt.” I really wanted to love this movie, but I can only really moderately respect it.

3. The Ballad of Buster Scruggs 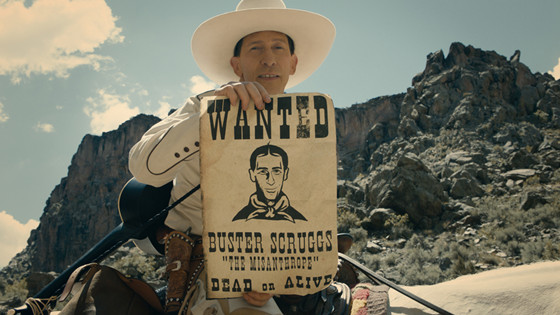 The Coen brothers are on a bit of a slump. This isn’t as bad as the one-two punch of “The Ladykillers” / “Intolerable Cruelty,” but it’s too close for comfort. “Hail, Caesar!” wasn’t all that good, a muddled attempt at showing the blackly comical horror of old Hollywood and the Red Scare, but it just added up to nothing. And now there’s this, a Netflix movie that was probably meant to be a miniseries that represents the Coens’ first foray into digital filmmaking. And while it is indeed a step up overall from “Hail, Caesar!”, it still represents the Coens working on a contented level.

There’s no fire to this movie. You can usually feel that the Coens are engaged and really operating on all levels, but this isn’t it. Not to bring metatextual elements into the criticism; it does help to make one feel a bit better about the feeling of first draft cinema when you find out that all but one of these shorts was written years before this movie and dug up just for material. It feels like it.

Each short somewhat represents a different kind of movie they make. And pretty much the lesser version of movies they’ve made before. The only real gem within is the Tom Waits segment, which manages to subvert our expectations of the Coens just ending things bleakly because of their never-ending belief that everything sucks. In a movie, this kind of ending wouldn’t be a bother, but five out of six times, having the same ending in an anthology just grows tiresome after a while.

And maybe worst of all? It’s kind of an ugly looking movie. The jump to digital filmmaking wasn’t a successful one, because the aesthetic is super bright and flat as hell. This feels like a Netflix movie, made for the displays at Best Buy or something with the soap opera effect turned on. How people are falling for this crap? Do they really think that defending the Coens makes them intellectuals? It’s mind-boggling that this is something they feel the need to defend.

Especially because it’s racist, too. Natives do not get treated all that fairly, which is so odd since they’ve taken some lumps recently for making the whitest white people movies and they don’t treat the scant minority characters they have well at all. Just a mess of a movie that honestly deserved its fate of just being dumped onto Netflix.

If anyone tells you they like this movie, they are a “Get Out” liberal or MAGA clown. Peter Farrelly decides to split from his brother to make a “serious” movie that tackles racism, but he just made a flipped version of “Driving Miss Daisy.” It’s a racist movie, not just for Black people, but it also decides to cast Viggo Mortensen as a Nazi propaganda cartoon aimed at Italians come to life.

Viggo has been great in past movies, like the “Lord of The Rings” trilogy and his Cronenberg collaborations. Add in Mahershala Ali doing a good job in a thankless role that is sidelined to make Viggo the main character, and it’s just a mess of baby boomer racist nonsense.

It’s not aiming to be racist, but because not a soul on the creative side here has a single idea about the subjects they are tackling, it comes off as phony and manipulative. Any self-proclaimed liberal that likes this movie is just showing off their limited viewpoints and how they would’ve voted for Barack a third time if they could. And if they aren’t liberal? They just think racism was solved already and anyone saying things are racist today are just snowflakes. It’s like a trap to show off who in your life isn’t to be trusted.

Bo Burnham made his feature-length debut with a movie about the horrifying life of a tech-obsessed little girl about to graduate the eighth grade. His movie feels very real and well observed. But it fails fundamentally as a movie because there is no propulsion to this movie at all. There’s no drive. Just scene after scene of the same one-note nonsense of this little girl being an unrepentant asshole to her father, or being a shy little turd to people who treat her like crap.

Does it feel real? Yes, almost painfully so. But to what end? There’s no movie here. He tries to slide in some stuff about how technology is like a drug to the youth of today, but it never adds up to anything. It’s just like Bo is mansplaining how the youth sucks for 90 minutes. This is one of the most annoying and grating experiences of the year. People are eating this up and I just don’t get it.