This underrated Best Picture winner kind of came and went after its Academy Award win. It’s unfortunate, because it’s one of the very few times a near-arthouse film has ever won (or even come close to winning) the top prize.

Based on the real events of Puyi’s life, The Last Emperor cuts between the fall of The Forbidden City (with Puyi serving as the final ruler of said city) and his adulthood during the formation of the People’s Republic of China. We see a colourful tapestry of images through the young Puyi’s eyes, especially since we witness a whole different world within The Forbidden Kingdom. We see a colder modern world during the latter years of Puyi’s life.

The entire time, we are gifted with the amalgamated soundtrack by veteran musician Ryuichi Sakamoto (who also stars in the film), composer Cong Su, and Talking Head mastermind David Byrne. Through soothing music and rich, textured visuals, The Last Emperor is certainly one of the prettiest Best Picture winners ever. 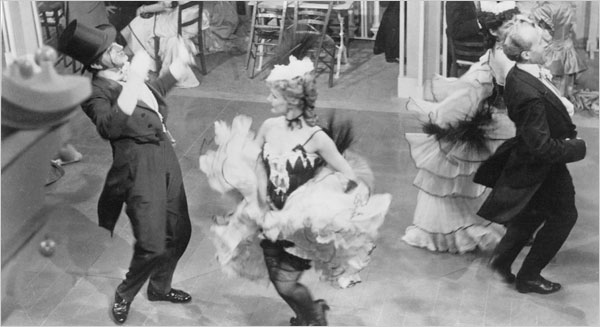 What sets the tone for this French comedy-drama is the initial shots that puts any viewer into a new mindset while the rest of the film gets carried out. The use of light is heavily relied upon for the majority of the picture, and the gorgeous work by Philippe Agostini and Christian Matras was sadly not acknowledged by the Academy Awards (although a Best Art Direction nomination was given). The hand-held camera that occurs throughout the film gives a much more personal sensation, but that is largely affected by the opening shots.

The intro, shot by a terrific crane-operated pan, makes us feel almost like we are Peter Pan flying past the windows of various people. When the film “floats” between a third person and a first person perspective (the best example of this is in the final climactic moments), you will witness a rare feeling you won’t be used to (especially not from a 1952 film). You’ll feel like a bodiless entity that can coast between the outside and the inside of a being. To this day, it still doesn’t feel like Le Plaisir has been bested with this kind of trickery.

You can put almost any Terrence Malick film that isn’t Badlands or The Thin Red Line here (nothing wrong with those films, but they’re not quite as calming as some of his other works can be). The Tree of Life is an excellent example, and I’d argue that his recent works (To The Wonder, Knight of Cups, and Song to Song) are vastly underrated. However, let’s start where this wave of Malick’s filmmaking began; oddly enough, it’s his second picture titled Days of Heaven.

The lush music by Ennio Morricone and Leo Kottke is medicine for your soul. The breathtaking visuals that soak every shot in sepia and gold (by Nestor Almendros, with help from Haskell Wexler) shimmers so deeply, you cannot help but sit in awe. Days of Heaven feels both of another time and of another mindset altogether.

Stanley Kubrick always puts emphasis on the feel of a film. Most of the countless takes he demands for each shot is to create a dream-like sensation through worn out performances, for instance.

As a photographer first, Kubrick always wanted his works to have a signature visual punch; Spartacus being a bit of a mutt in production feels a bit different as a result. Nonetheless, all of his major works are experiences, but Barry Lyndon is easily his prettiest film when it comes to the entire picture (we cannot forget the star gate sequence in 2001).

Each and every image feels like a renaissance painting that has come to life. The use of natural lighting to enhance a shot (revolutionary for its time) allowed photography director John Alcott to make pastel-coloured, shimmering images that are unforgettable. Toss in the powerful classical score, and you have Kubrick’s most emotional film he ever created.

Andrei Tarkovsky deserves the top spot here, because many of his films are so wonderfully impactful in nature. Solaris is an experience into the unknown. The Mirror is a reflection of self. Stalker is a philosophical challenge. Tarkovsky does focus on spirituality a great deal, but perhaps not as much as he does in his first breakthrough Andrei Rublev: a biographical interpretation of the religious iconographer of the same name.

For a film from 1966, the imagery is so advanced that it could have been shot in the new millennium. Colour is used very sparingly (only for Rublev’s artwork in special moments), so most of the film is a powerful example of working with lights and shadows.

Its epic length (whether it’s the 3 hour or the 3 ½ hour run time) allows the story to take its time, and its audience to soak in all of the imagery. In recent years, Andrei Rublev has worked its way up to become one of Tarkovsky’s most beloved works perhaps due to its soul.

255
SHARES
FacebookTwitterSubscribe
Subscribe via Email or RSS Feed
Pages: 1 2
Comments (3)
Most Ethereal Movies of All Time