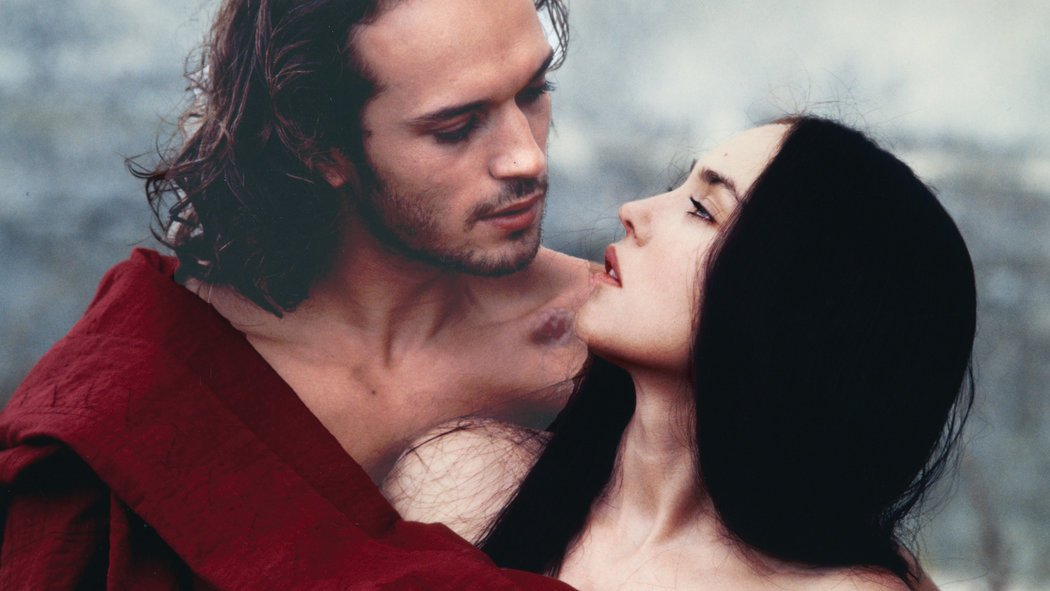 The following list is one not just for cineastes, but for those who delight in being swept up in a large-scale whirlwind of melodrama, star-crossed lovers, inescapable contretemps, all amidst swirling backdrops that sow the seeds of legend, and often span years of fleeting affection and aching regret.

Tallying only 10 epic romances of course means that this list is not definitive, so please include your favorites that were overlooked in the comment section below. 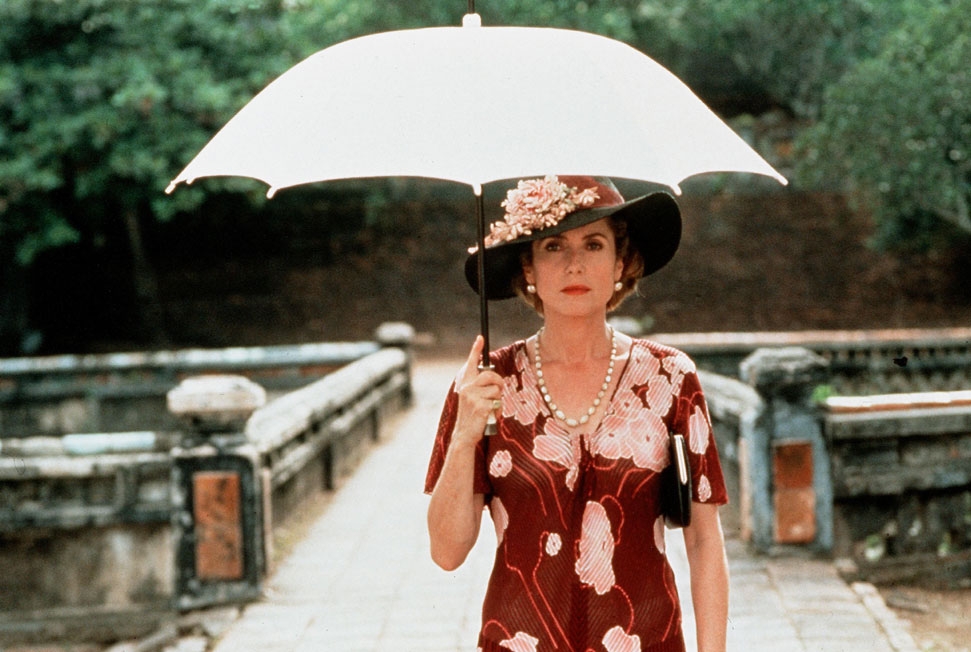 This sweeping story from director Régis Wargnier (who co-wrote the script with Catherine Cohen, Louis Gardel, and novelist Érik Orsenna) unfolds in colonial French Indochina during the 1930s, 1940s, and 1950s. Éliane Devries (Catherine Deneuve, stunning in an Oscar nominated performance) is a French plantation owner with an adopted Vietnamese daughter, Camille (Linh Dan Pham), and Jean-Baptiste (Vincent Pérez) is a fetching French naval captain, with the rise of the Vietnamese nationalist movement in the periphery of the proceedings.

Proceedings which involve a cross-cultural love triangle intensified as European imperialism grips Indochina. Soon Camille and Jean-Baptiste must choose where they stand as Elaine must face the emotionally tumultuous task of raising the child of her daughter and former lover.

The recipient of the 1993 Academy Award for Best Foreign Language Film, Indochine is a maudlin melodrama that seems to follow the Gone with the Wind playbook –– Deneuve’s great, even if her character takes her cues from Vivien Leigh’s –– but the lush locales, stirring cinematography, and soap opera sweep, make it something of a guilty pleasure. And when it comes to grand scale doomed romance, who’d want it any other way? 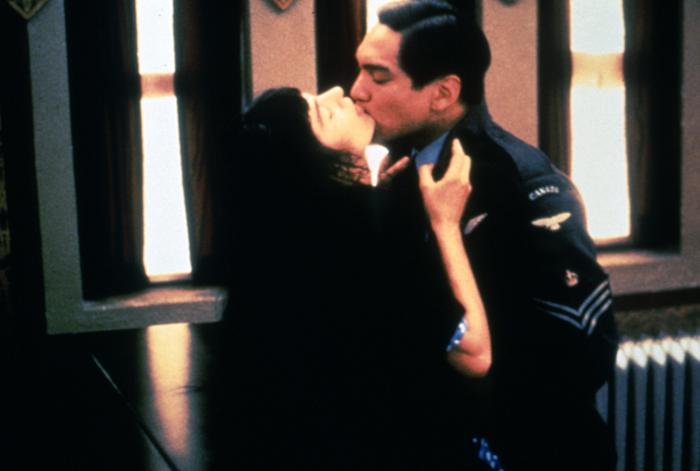 “Map of the Human Heart tells a soaring story of human adventure –– adventure of the best kind, based not on violence, but on an amazing personal journey,” raved Roger Ebert in his 1993 review of the film, adding: “It is incredible sometimes what distances can be traveled in a single human life, and this is a movie about a man who could not have imagined his end in his beginning.”

Kiwi director Vincent Ward (The Navigator: A Medieval Odyssey [1988], What Dreams May Come [1998]), working with Aussie author/screenwriter Louis Nowra, crafted an idiosyncratic, intense, and incredibly artful saga of love that spans decades as it crashes through cultural barriers along the way.

Beginning in 1931 in an Arctic village, Walter Russell (Patrick Bergin) is a British mapmaker who chooses Avik (Robert Joamie), a 12-year-old Inuit boy as his guide. Tragically, it’s not long before Avik contracts tuberculosis and Walter takes him to a sanitarium in Montreal where he soon becomes infatuated with a half-native girl named Albertine (Annie Galipeau).

Emotionally rich and resonant, the interracial love and lush period setting, not to mention Ward’s unerring eye for composing ravishing and sometimes startling imagery (props also must go out to cinematographer Eduardo Serra), Map of the Human Heart leads us to generous and rich treasures. Don’t miss it. 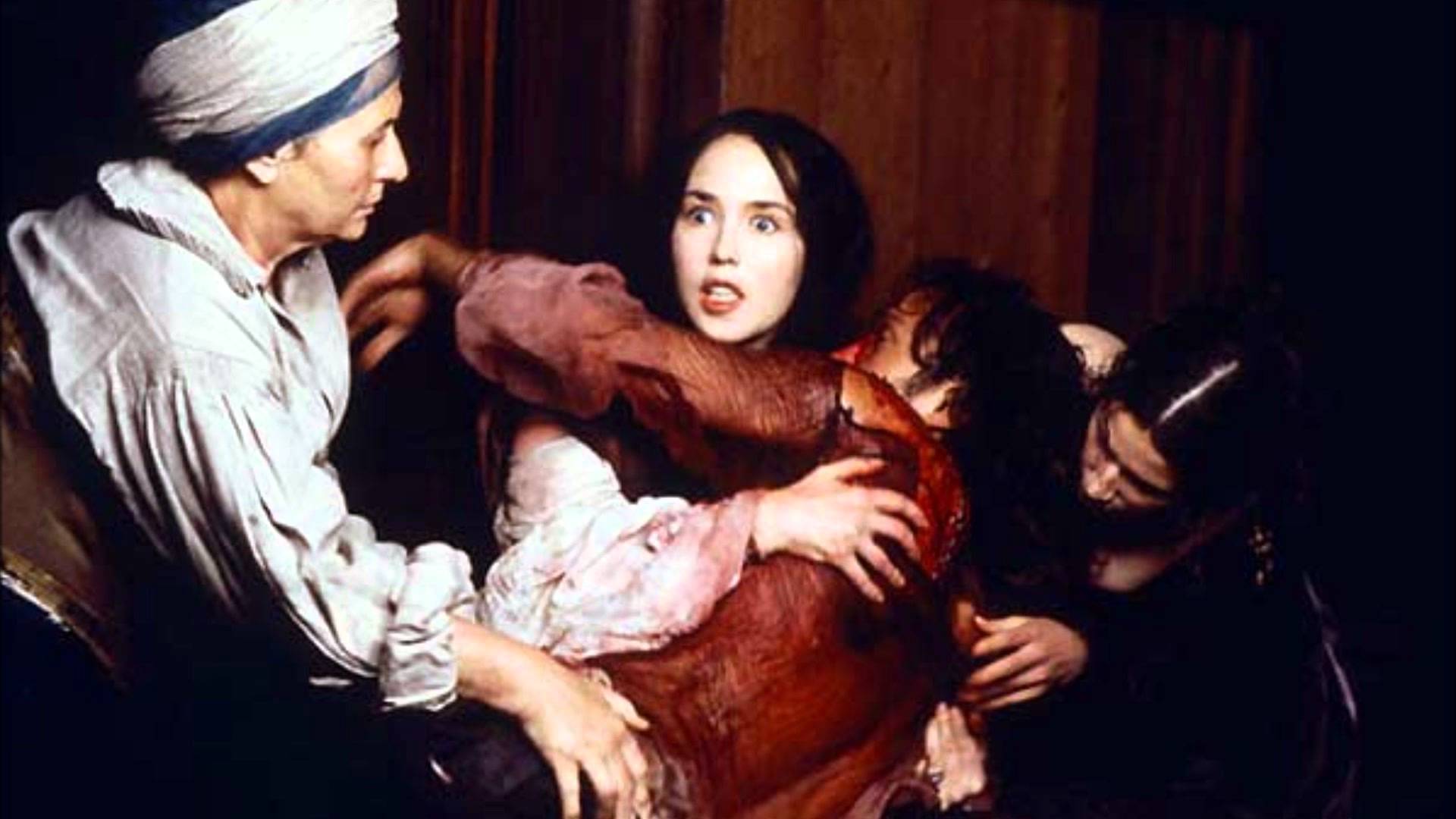 Adapted from Alexandre Dumas’s historical novel from 1845, “La Reine Margot”, director Patrice Chéreau (who wrote the screenplay along with Danièle Thompson) presents the kind of costly, ornate and old school epic that’s so rarely made, yet adorned with a bracingly modern sensibility that makes it a rather wicked little weepie at the same time.

“Like Romeo and Juliet knee-deep in carnage,” wrote Newsweek’s David Ansen, suggesting that the film is “staged with Jacobean fury, lurid sensuality and high style.”

Isabelle Adjani is perfectly cast as the titular Margot, one of several heir in line to inherit France’s crown, where the Protestants and the Roman Catholics are bullying one another for power. Catherine de Medici (Virna Lisi), Margot’s mother, wants her son Anjou (Pascal Greggory) to take the throne after King Charles IX’s (Jean-Hugues Anglade) reign reaches its end.

But Margot has already invested much in securing the throne for herself, including marrying a man she abhors, Protestant Huguenot Henri of Navarre (Daniel Auteuil), and starting a loaded affair with the man she truly loves, a Protestant soldier named La Mole (Vincent Perez).

Matters get more and more complex as Catherine’s villainous plan to manipulate the political fate of the country and the volatile throne could end it all for Margot, Henri, and La Mole. And while the plot may seem dense, the film is a spectacle. The visuals are luscious, the love are oh-so shatterable, the ensemble, imminently watchable. This is a costume drama with blood, enduring love, and such staggering scenery.

Visually seductive, and emotionally electrifying, this historical romance about a courtesan’s life is a late period masterpiece from the great Max Ophüls –– it was also his last completed film.

At the time it was made, Lola Montès was the most expensive European film ever made, that it bombed at the box office was a crushing blow for all involved. However, it was rightly regarded by the Cahiers du Cinéma and was soon recognized by the burgeoning French New Wave cinema movement as a film of crucial artistic influence, and so the film’s sullied reputation was mercifully short lived.

Ophüls’s film looks at the life of the eponymous Lola Montès (1821–1861), a celebrated Irish cabaret dancer and courtesan, wonderfully brought to live by Martine Carol, and particularly concerned with her numerous and many notorious affairs with prominent 19th-century figures such as Franz Liszt (Will Quadflieg), and King Ludwig I of Bavaria (Anton Walbrook).

Told mostly through Peter Ustinov’s seedy American circus master, in a gimmicky storytelling device that isn’t nearly as grating as it sounds, we also learn of Lola’s earlier marriage to her mother’s boyfriend, Lt. Thomas James (Ivan Desny), and her kidnapping at the hands of Russian cossacks. It’s a far-ranging tale of shattered passions, buoyed by truly remarkable camerawork and stunning set design.

Luckily for cineastes the world over, a meticulous restoration mounted by Technicolor artists in the mid-2000s and a subsequent re-release has returned the proper full Cinemascope aspect ratio, as well a Criterion DVD and Blu-ray edition now has Lola Montès looking better than ever before.

Polymath filmmaker Warren Beatty co-wrote (with Trevor Griffiths), produced, and directed this all-encompassing and frequently breathtaking tale on the life, love, and career of American journalist and socialist John Reed (Beatty), the Russian Revolution chronicler behind the 1919 book, “Ten Days That Shook the World.”

Reds journeys first with John to Russia where he documents the Bolshevik Revolution and himself is reborn a revolutionary. Soon his left-wing politics takes him to a married woman named Louise Bryant (Diane Keaton), soon to become not just an activist, but also a celebrated feminist icon. Their love affair and their turbulent lives become muddied as a rift separates John from his ideals and the cold tap of reality.

Louise reluctantly backs away from John and finds distraction in the celebrated and very cynical playwright Eugene O’Neill (Jack Nicholson), and John finds his own trail taking him back to the Motherland as health problems loom.

Reds is an engrossing and engaging epic, it contains legions which is why it does occasionally ramble and repeat itself, but that’s also what makes it such a bravura romance of ideals and shattered sweethearts. Hollywood films are rarely this ambitious, and love stories, rarely so agonizing.