The subgenre of zombie horror is one certainly over-saturated in modern media, an easy ride for lazy writers and game developers to earn a quick buck. However, let us not forget the contemporary pioneers of the zombie film.

Danny Boyle, an already brilliant mind in worldbuilding, tackles the zombie film in a way that hits too close to home. It set its narrative in an incredibly homely and familiar environment, telling a story that seemed too dangerously close to our own reality. 28 Days Later does almost what every other zombie film failed to do, terrify.

A terror not stemming from the superficial horror of the jumpscare, but something that forces us to think. The realism of Boyle complemented surprisingly well to the subversive concept. The allegorical horror in ideals raised struck a poetic balance with the explicit horror of the supernatural, scaring us in a multitude of different levels. It provides a subtle, intelligent mouthpiece for the forgotten, the family unit and even the government, in the overtly unintelligent genre it resides in.

Danny Boyle may have created films far greater than 28 Days Later, however, there is a certain beauty to be found in the way 28 Days Later presents itself. It’s a film that challenges not only genre, but the very limitations of a director’s vision in a way that’s honest and above all else, innovative. Something you’d never expect one to say when describing a zombie film.

Dialogue is perhaps the trickiest element to film. As a medium that exists solely to replicate and not imitate the nuances of life, the commonplace act of speaking is something surprisingly hard to master. The likes of Tarantino and Sorkin certainly found an innate talent to harness and manipulate the most primal of human society to craft such brilliant interactions of character. Though their skill is undeniable, Guy Ritchie is a name that, in his own right, overshadows these auteurs in the art of speech.

Snatch is perhaps the greatest representation of Ritchie’s craft. The star-studded cast performed this brilliant and gritty examination on crime that blurs the line between the staged and the improv. It’s not only a fun movie to watch, but a fun movie to listen. The dialogue feels real, it furthers the plot, it drives the conflicts, it helps us understand the character. For a film this fast-paced, with countless action scenes, the interactions remain the strongest element of Snatch.

Yet another sublime representation of the lower-class, this time in an even more hyperbolic and darkly funny light, Snatch not only earned a rightful place in this list, but in the ranks of film history under the category of underrated masterpieces.

If films like Annie Hall and The Social Network are being revered for their creative implementations of dialogue, Snatch should as well, because conflict has never been so entertaining, tense and hilarious, all conveyed through nothing but spoken words.

Dubbed a poorer reimagining of psycho, Michael Powell’s 1960 counterculture masterpiece is no far second to Hitchcock’s own great work. Powell’s daring use of perspective and color not only earned him his deserved praise, but a fair bit of controversy. And for good reason.

Never before has a slasher film been this psychologically taxing. The entirety of the film is locked to our psychotic killer’s eyes. We feel his struggles, his pains, ones that may not overshadow his psychotic nature, but enough to invoke some confusing Freudian notions. Though it is objective that Hitchcock’s Psycho is leagues better than Peeping Tom, it shouldn’t be forgotten, and if anything, though it doesn’t explicitly hint at that, like Antonioni’s Blow-Up, it presents an aspect of the zeitgeist so memorably.

It’s no stigma that the concept of arthouse is something mostly foreign to the genre of horror. Michael Powell’s Peeping Tom certainly blurred the lines between the two, telling a voyeuristic tale perpetuated against a vibrant, Giallo-esque backdrop of contemporary media that stays entertaining and relevant to this day.

Bizarre doesn’t even begin to describe Performance. The way the film’s sequence of events progress defies all whims and notions of traditional genre, venturing far beyond the deep end of the surreal in both its content and its filmmaking.

Performance begins as sort an experience akin to a distorted memory. A memory of, to all extents and purposes, a thriller exploring Britain’s underground, before it mutates to this pseudo-intellectual think piece of identity. This is a film that subverts the crime thriller genre with a surreal, counterculture approach to its filmmaking and the statement it makes of identity and finding one’s self is certainly an interesting one that came abruptly.

Performance is certainly a bold film and no easy one to sit through. It touches on heavy themes relating to the self and its exploration of which is definitely unorthodox. It does have its little moments of sheer brilliance where through the mess, we’re able to make sense of the filmmaker’s intent, but a mess nonetheless. Though the character of protagonist’s character as well as the unique, claustrophobic editing style, Performance is really an intriguing mess to watch unfold. 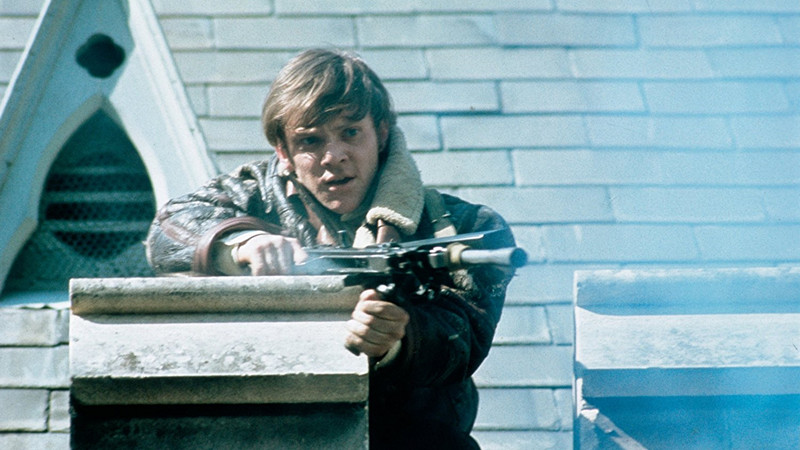 Another film with Malcolm McDowell, Lindsay Anderson’s If…. is perhaps the greatest film to have come out of Britain. Not only in terms of its sheer quality alone, but the representation it presents us.

British films have always been about rebellion, about speaking against the establishment, about bravery. With that being said, no British film has ever touched the same degree of courage as if…., studying its themes of revolution in a school of all places. Needless to say, the film takes its audience on a spellbinding, subversive journey. One that’s filled to the brim with angst, angst that though borders on the unrealistic, is earned through genuine means.

If…. is a film that provided a voice to a generation coming of age, and it does so with a firm grasp on reality and the representation of which. It dares to challenge us with subjectivity and ambiguity. It is as insightful and entertaining, if not much more as any other film on this list. It boldly examines a class in an uncanny fashion that keeps us on our seats from start to finish, with our experience bolstered by the amazing performance by Malcolm McDowell. Though Lindsay Anderson isn’t strictly a notable British director, his 1968 Palme D’or winning magnum opus certainly is a masterpiece.