2018 has been a rather interesting year for Korean cinema, which, despite the continuous turn towards Hollywood aesthetics and the non-stop production of crime-thrillers, managed to produce a number of interesting films, headed by the return of two of the contemporary greats, Kim Ki-duk and Lee Chang-dong.

The blockbusters were here once more, but the surprise came from independent productions, with a number of newcomers (Jeon Go-woon, Shin Dong-seok) and the return of some “older” directors (Baek Seung-bin, Kim Ui-seok) having large impact with their debuts, dealing with social issues, of which bullying was the most central one. Lastly, Lee Il-ha directed one of the best documentaries we have seen the latest years with “Counters” and Lee Byeong-heon directed one of the best comedy of the last years, with “What A Man Wants”.

Some films may have premiered in 2017, but since this occurred at the end of the year, I took the liberty of including them. 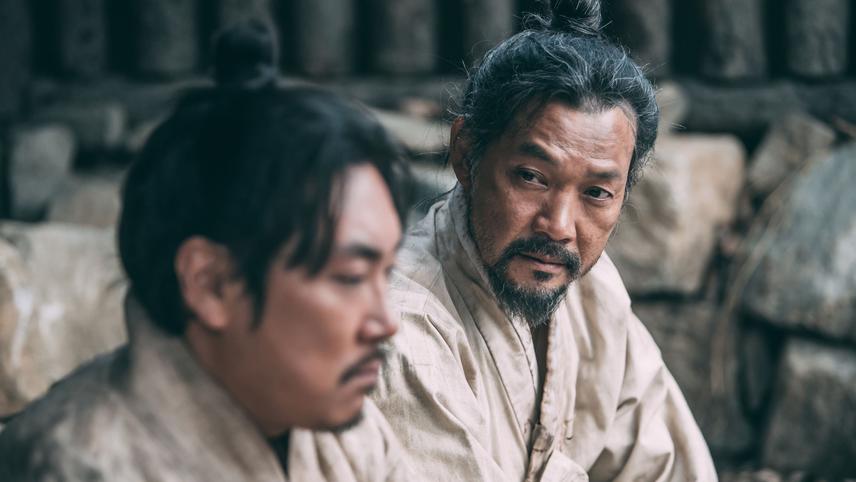 This list would not be complete without a historic drama, and Kim Gu, a Korean nationalist politician, and the last Premier of the Provisional Government of the Republic of Korea, as much as a leader of the Korean independence movement against the Japanese Empire and a reunification activist after 1945, was long due a biopic.

The film begins in 1890, when the young Kim Chang-soo is sent to prison for his role in the murder of a Japanese man who took part in Empress Myeongseong’s assassination. While in there, he finds out that the majority of the imprisoned is impoverished, uneducated, and even wrongly convicted, and proceeds on having a real impact in their lives, even sacrificing himself in the process. The events that follow shape a truly significant man.

Lee Won-tae, in his feature debut, directs a film that functions much as a Hollywood production in terms of productions values (big budget, fast editing, grandiose music etc) and in its overall aesthetics, which results in a rather entertaining movie that takes full advantage of both the aforementioned, and Cho Jin-woong’s great performance as Kim Chang-soo.

The rest of the characters suffer somewhat from the focus on the main character, but the very interesting story actually carries the film until the end. 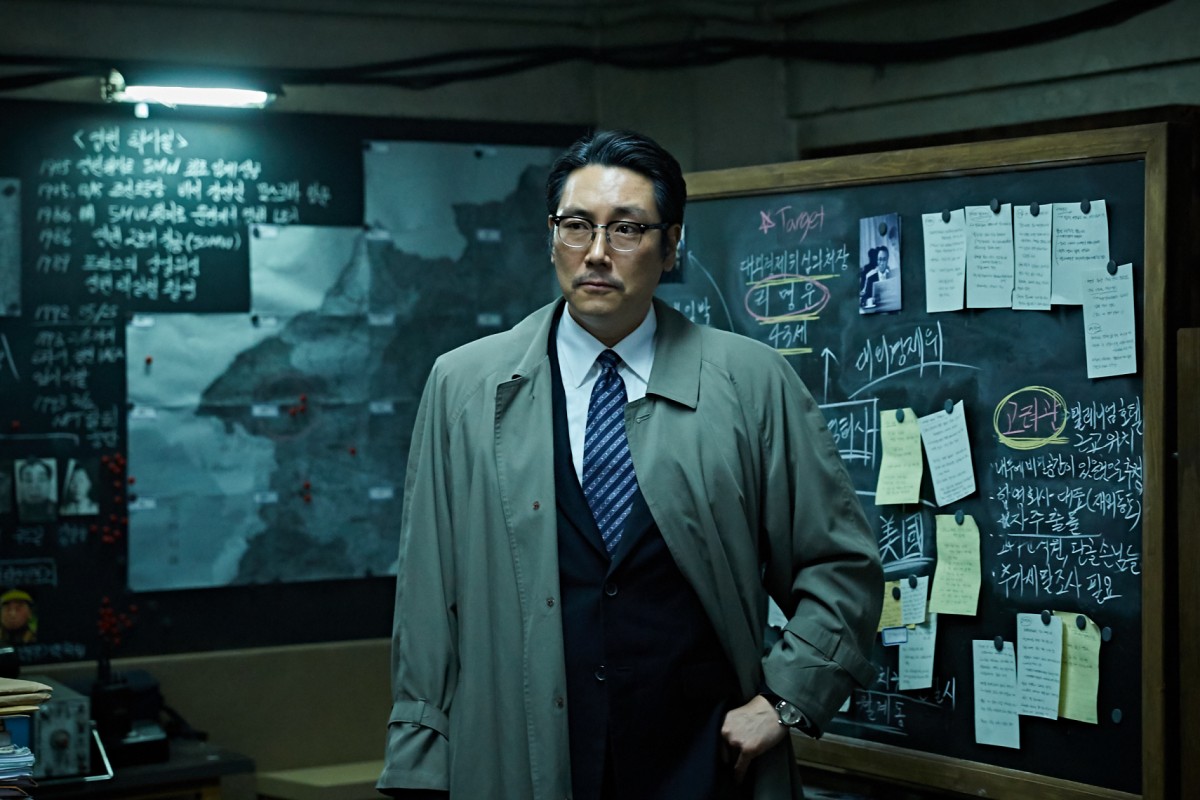 Probably the best commercial film to come out from South Korea this year, “The Spy Gone North” deals with the true story of Park Chae-Seo, a South Korean spy with the code name of “Black Venus.”

The film tells his story from his recruitment from the NIS, to the assignment of infiltrating the highest North Korean echelons in order to learn about their nuclear program, his meeting with North Korean official Ri Myung-un in Beijing and the test he has to pass in the face of Jung Moo-taek in order to meet with Kim Jong-il.

Yoon Jong-bin directs a very entertaining spy thriller, which does not focus on action (as so many entries in the category) but on the build-up of the story and the subsequent tension.

The focus is on the entertainment aspect, and with the production values of a true blockbuster and another great performance by Hwang Jung-min, Yoon definitely succeeds in that aspect, while also managing to avoid the many clichés of the genre. 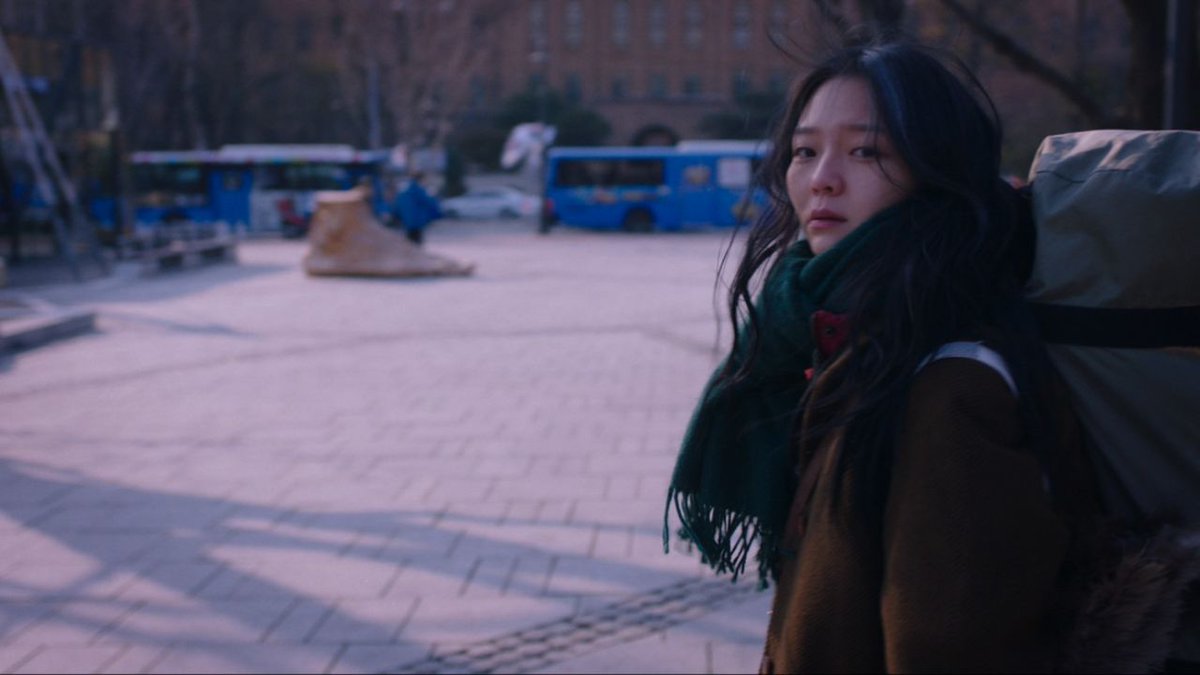 Miso works part-time as housekeeper but can barely make ends meet. She lives in a dingy little room with no heating. Her only solaces in life are her equally out-on-his-luck webtoon-artist boyfriend Han-sol, cigarettes and whisky. In fact, all her expenses are on meals, rent, whisky, cigarettes, tax and medicine for a condition that makes hair turn grey if the medicine is not consumed at regular intervals.

When her landlord increases her rent and the government imposes a ₩2,000 increase in cigarette prices, she knows decisions need to be made and some “luxuries” need to be cut. And so she does what any sane person would… and decides to cut out on her rent!

From here on, Miso begins a reflective, often hilarious journey asking favors of old band-mates from her university days to spend a few days with them in their homes, while she helps out cleaning their homes and cooking for them when she can. The journey, however, is not so smooth-sailing, as most of her friends have jobs and families of their own and are not quite as how Miso remembers them to be.

Jeon Go-woon in her feature debut directs a film about human relationships and particularly friendship, exploring, in a quite amusing and humorous way, the concept of “leeching,” of people who “take advantage” of their friends in order to “survive” in the contemporary society. The difference of these people, who consider friendship a concept above all, with the majority of the “normal” people, who consider friendship a concept with specific boundaries is explored to the fullest, and is actually the main source of the film’s subtle comedy.

Through this concept, Jeon also explores the difficulty youths experience in contemporary Korea, a setting where chasing one’s own dreams is perceived as lack of connection with reality.

7. What a Man Wants (Lee Byeong-heon) 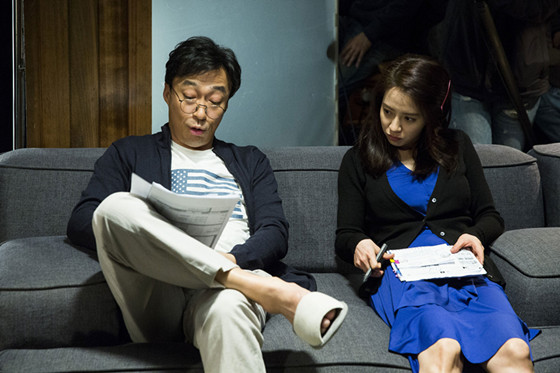 In a rather strange setting in Jeju Island, current taxi driver and former roller coaster designer Seok-geun and his wife Dam-deok share a building to his sister Mi-young and her husband, Bong-soo, with the four being quite close, living next door to each other. Seok-geun however, is a habitual womanizer, and eventually tries to woo his brother-in-law in this kind of life. Bong-soo resists, but as his problems with his headstrong wife, and particularly her denial in turning their failing Italian restaurant to a Chinese one persist, he eventually succumbs to the appeal of Je-ni, a dance instructor who was initially courted by Seok-geun.

Things seem to go quite well for him after that, but as tragedy hits the family and Je-ni begins having more intense feelings for him, all members of the family are led into taking a good look at themselves and their relationships.

Lee Byeong-heon-I directs a character-driven, quirky comedy, which manages to carry the second aspect to the end, despite the fact that drama and a number of social comments are presented rather eloquently. Through this approach, Lee takes a thorough look at the concept of marriage, and particularly regarding couples who have been at it for some time.

His message of understanding and acceptance, which even extends to extramarital affairs, may seem a bit extreme, particularly in the eyes of conservatives, but his approach justifies even this message, through a story that seems to state that “everybody cheats” (and lies subsequently).

The protagonists represent four common archetypes. Seok-geun is the embodiment of the alpha-male whose appeal in the opposite sex is a given. Bong-soo is the exact opposite, a timid man afraid to jeopardize his marriage in any way. Mi-young is the bossy wife who knows what she wants and uses her husband to get it. Dam-deok is also timid, and content on being with a “prize husband” like Seok-geun, which, for her, is enough to keep her bitterness inside.

Lastly, Je-ni is the embodiment of the sex symbol, a woman every man desires, and one who thinks she can get whatever she wants due to her beauty. The way Lee presents all these characters and the layers that are hiding underneath is one of the film’s greatest aspects, which also carries to the end, through a number of plot twists, both dramatic and hilarious.

6. I Have a Date with Spring (Baek Seung-bin) 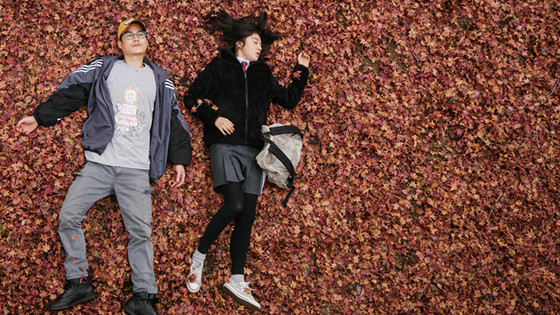 In rather unusual fashion, the film opens with a filmmaker sitting on a lake during his birthday, trying to complete a screenplay that has been standing for over a decade. Suddenly, he hears an explosion and four individuals appear from the woods behind the lake, with a middle-aged woman among them staying with him, stating she is his fan and wishing to hear about his new script.

The story then moves to other characters, probably the heroes of his script, who also have their birthdays, but whose arcs include the other three individuals that appeared before. These include a schoolgirl who is acquainted with a man in his forties, a romantic poetry professor who suffers from depression who meets a beautiful, but very sick woman, and a housewife, who meets a woman her age, who seems to be a fan of a book about female fighting she wrote back at the day. All three characters take a trip with their newfound “friends” both actually and metaphorically. All the while, the world seems to be ending.

Baek Seung-bin directs a film that unfolds in peculiar, but intriguing fashion, through which he manages to present a number of comments about individuals who represent a specific caste of society, while the “aliens” represent each of these caste’s needs. The filmmaker wants someone to appreciate him (a fan if you wish), the schoolgirl someone to interact with her (a friend or a parent) since her parents seem to neglect her. The professor is searching for love, for a woman who can dedicate his poems to, and the housewife a female friend, someone who will make her feel appreciated, and give her life a purpose outside her taking care of her household.

The aliens embody these needs to the fullest, offering satisfaction to the people they accompany initially, but Baek destroys this perspective completely, through the finale of each story, which is anything but a happy ending. This concept gives the film a nihilistic approach, but at the same time seems to suggest that the end of each person is not so significant if he has found what he wanted in his life, that even some moments of happiness can be more important than anything else.

At the same time, Baek seems to address the marginalized of society, since the main characters are social pariahs, thus presenting the main themes of the film, solitude and the melancholy deriving from it.