The term “microbudget” may seem a little vague, and while many authorities on film can’t quite agree on what amount of money qualifies as a microbudget film, this list will focus on feature films made for less than $250,000 USD (or equivalent). I will mostly discuss first-time films and/or features that established their respective directors as a “new voice” or gained them a much wider global audience.

With the advent of affordable, accessible and powerful filmmaking tools such as the DSLR and DV cameras and even the iPhone, an entirely new generation of filmmakers have been granted the power to make a feature film without the help of a major studio or major financial investors.

While the 1980’s and 90’s saw the rise of self-funded films such as The Evil Dead, Clerks and El Mariachi, the turn of the new millennium saw the rise of the video-maker, and movements such as Mumblecore, which, spurred on by the Dogme 95 movement in Europe, led to a much wider acceptance of not only digital cinema in general, but also the use of consumer-grade cameras within mass cinema culture.

Below are some of the best, most influential and most groundbreaking microbudget films made since the year 2000. While only three were shot on actual celluloid film, all are remarkable pieces of cinema that have left a lasting impression on audiences and moviemakers alike. All serve as a reminder that no matter your budget, you can craft a great movie from little more than the resources at your disposal and an iron will to create. The films are in no particular order. 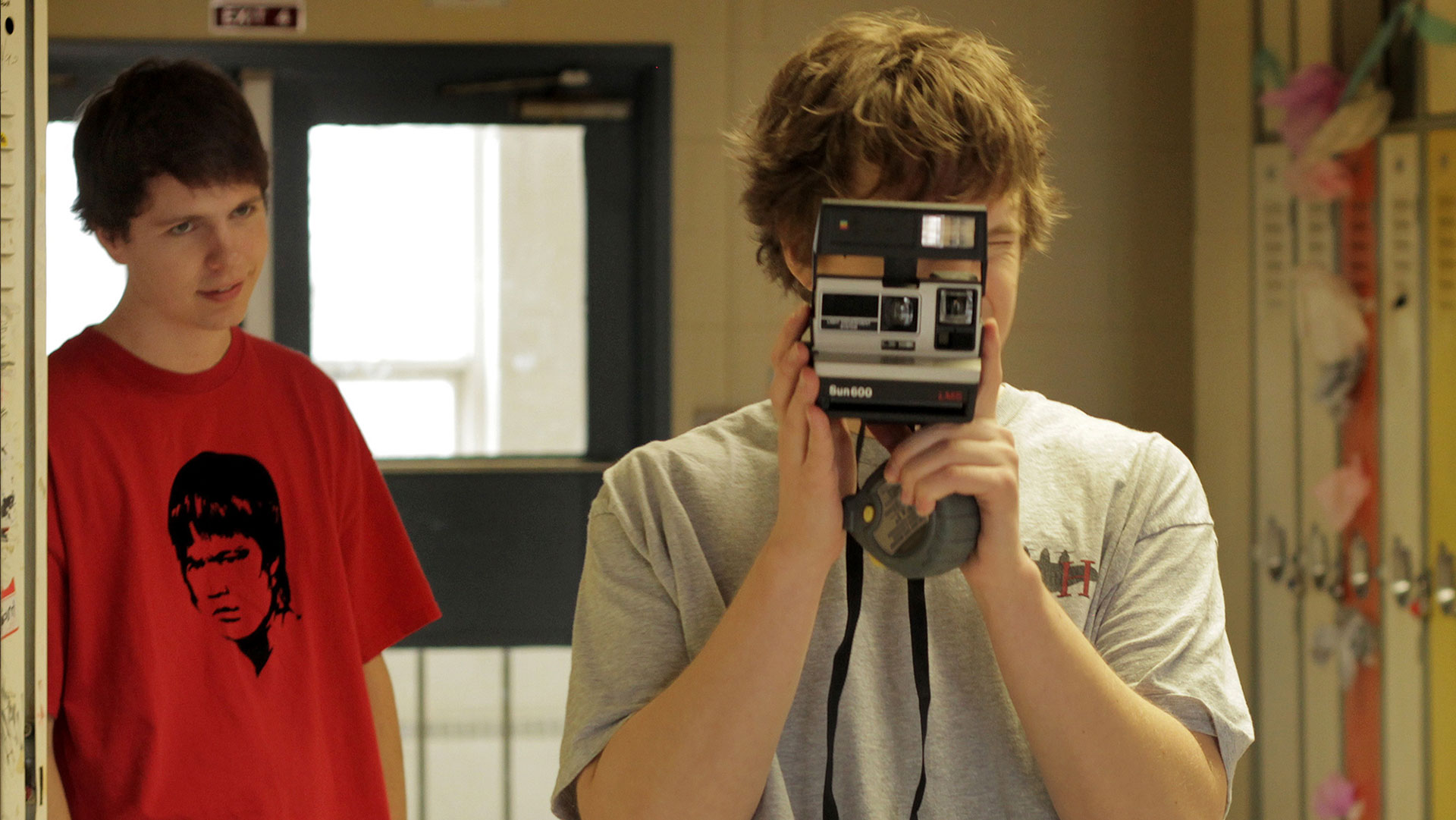 The Dirties, made for what ended up being about $10,000 with the help of fellow one-time microbudget filmmaker Kevin Smith, (whose company acquired the film after its prize-winning run at the Slamdance Film Festival) is a movie that has to be seen to be believed.

Shot within a number real high schools in Toronto, it tells the story of teenage losers Matt and Owen (played by twenty-somethings Matt Johnson and Owen Williams) who are filming a movie about a high school shooting perpetrated by two characters who are only interested in killing a group of bullies they call “The Dirties”. As their film project becomes more and more involved, their bullies become more and more ruthless and their relationship becomes strained, Matt begins to take the fictional school shooting idea a little too seriously.

Even with the subject matter involved, the most shocking thing about The Dirties is that while it is considered a mockumentary (or as Johnson prefers to call it, a “fake documentary) the students and faculty of the high schools where they shot the film had no idea Johnson and co. were making a fictional film.

With the exception of a long, involved set piece at the end of the movie, which required extras to run in fear from a crazed and gun-wielding Matt, the entire film was shot in various high schools under the pretext that it was a real documentary about bullying. Johnson and Williams were able to enroll in classes and blend in with the real high school students.

With the advent of a couple of other teenage actors in on the plan, the cast and crew were able to access permission to shoot with virtual immunity on campus and interact with other students and faculty.

A funny, dangerous and often poignant film, The Dirties explores some morally ambiguous territory, in terms of both story and the cinematic form itself. The schools involved were unaware of the film’s exact intention, and many people appear in the film without direct consent.

Johnson, ever the charming provocateur, was not only able to gain written consent from certain non-actors after the film’s completion (partly with the help of Kevin Smith) but was able to conduct himself and his character in such a way that the only person who ever looks foolish in the film is he himself.

There is no goading or pushing on his part to involve others in the film, and the low-key atmosphere of the shoot made onlookers more comfortable with proceedings, as all they appeared to see were a couple of kids being followed around by a couple of relatively discreet camera operators.

Anyone who has seen Johnson’s hilarious Viceland comedy Nirvanna The Band The Show will know just to what extent he and his collaborators are pushing the boundaries of low-budget digital cinema, all the while revealing interesting psychological insight into modern “video culture” which has pervaded not only teenage life, but life in general. The Dirties is a must-see for lovers of mockumentary, documentary, fake documentary, comedy and drama alike.

Shot for only $7000, Primer, which tells the story of a couple of scientists who accidentally stumble upon a way to travel through time, is worth a watch if only for the fact that it is able to hold your attention with a cast of first-time actors, a cheap production design, an alarmingly high-concept story and one of the most confusing plots ever committed to screen.

Primer’s charm is in not only the down-to-earth manner in which the characters, story and world are presented, but also the way in which Carruth—who, while acting in the film, often served as cinematographer while not in scenes—was able to craft a gorgeous, meticulously-planned film on Super 16 mm film stock with a meager budget, a cast and crew of family and friends and a shooting ratio of only 2-1.

Carruth states he often lit the film with fluorescent lighting to give it a gritty, realistic look befitting the manner in which the story is presented. Say what you will about the vagueness of the plot, but the sheer fact that Carruth was able to keep such an out-there sci-fi concept on solid ground and create a watchable low-budget movie about time travel, all the while keeping the characters believable and interesting, makes this film a triumph.

Success at Sundance led to Primer making much more than its money back, and allowed Carruth to deliver his long-awaited follow-up, the more artistically accomplished, yet equally confusing Upstream Color in 2013. 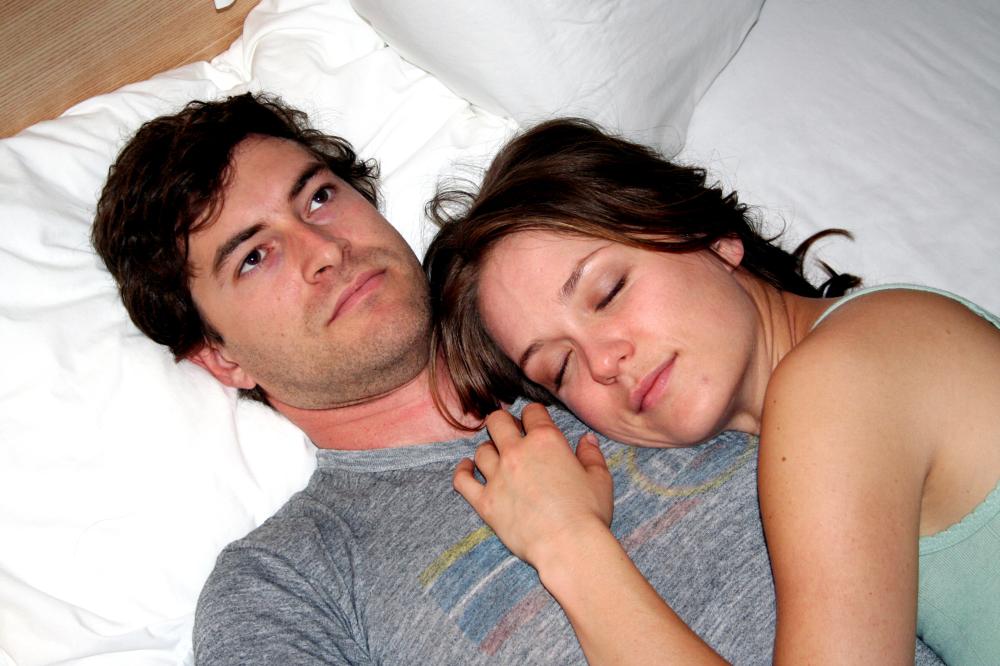 Jay and Mark Duplass’ brilliant feature-length debut The Puffy Chair is the Citizen Kane, if you will, of the Mumblecore movement.

Along with fellow low-budget American filmmakers such as Joe Swanberg, Andrew Bujalski and Lynn Shelton, The Duplass Brothers began gaining traction in the early 2000s with a style of filmmaking that utilized handheld, often consumer-grade digital cameras, non-professional actors, improvisational dialogue and realistic and relatable settings for most young middle and lower class Westerners. Thus, film critics needed a catchall phrase to describe the new onslaught of American independent films that fit into this category. They called it “Mumblecore.”

The Puffy Chair sees a young couple, Josh and Emily (played by real-life couple Mark Duplass and Katie Aselton in their first major acting roles) go on a road trip to pick up an easy chair purchased online for Josh’s dad’s birthday. The story becomes more and more about the nature of their relationship and less about the chair with each passing mile.

A seemingly by-the-book road trip movie, The Puffy Chair is a pitch perfect comedy-drama that proves you can do so much with so very little.

Shot for about $15,000 with a principal cast and crew of five or six, a couple of new camcorders (which were later returned to the store for a full refund, as the film took less than two weeks to shoot) a van and a pink puffy chair, the Duplass Brothers weave a beautifully nuanced and powerful film that somehow manages to look great with only a couple of china balls for lighting and an inexperienced cameraman in co-director Jay Duplass.

Sundance success subsequently shot Mark and Jay to indie film stardom and a contract to make a million dollar-plus major studio film starring big name actors (2010’s Cyrus), and while they were successfully able to take their distinctive style into a bigger arena, they never lost their entrepreneurial spirit, continuing to self-finance projects, both for themselves and others.

The Duplass Brothers proved they didn’t need Hollywood, and independent film now looks to them as spiritual leaders and mentors in an ever-growing indie film community.

Indie film dynamo Amy Seimentz’s feature-length debut, Sun Don’t Shine tells the story of a dysfunctional and emotionally charged couple’s trip through the sun-drenched marshland of Florida as they attempt to dispose of their literal and figurative cargo.

Shot on hauntingly dirty 16 mm and starring indie mainstays Kate Lyn Sheil and Kentucker Audley, Seimetz’s film features some of the most impressive performances on this list and establishes Seimetz—a brilliant actor in her own right—as a fantastic dramatic director and serious talent to watch.

Though Seimetz doesn’t appear in the film, there is something to be said about a director who can also act, as, like many of the actor-directors on this list, she has appeared in many other films and clearly shows her respect and love for her fellow actors here. Audley (a writer-director in his own right) and Sheil give beautifully intense performances as the emotionally stunted and immature couple.

Another road trip movie of sorts, Sun Don’t Shine won prizes at South By Southwest and landed its director lucrative jobs directing episodes of television shows such as Starz’s The Girlfriend Experience and FX’s Atlanta. While her foray into the world of television has proved fruitful, here’s hoping Seimetz can return to cinema one day with a follow-up to her brilliant feature debut. 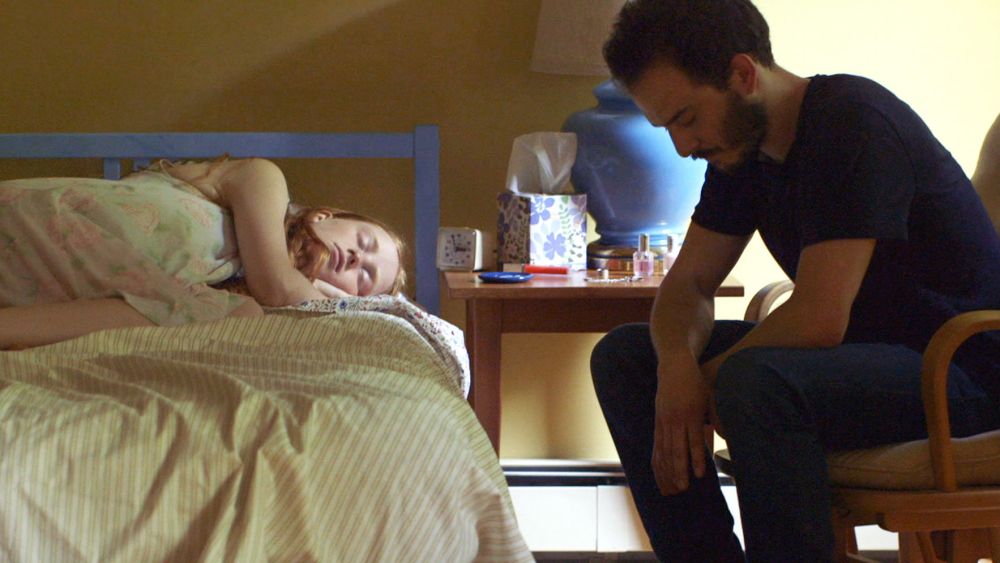 The fourth feature by prolific writer-director Nathan Silver (who at the time of this film’s release was only 30 years old) follows a troubled young man named Robbie who, newly separated from his wife, finds himself capturing the attention of the pregnant teenagers staying at a retreat in upstate New York run by his aunt, before eventually falling for one of the soon-to-be mothers.

Shot in Silver’s usual documentary style, the film, like those of earlier Mumblecore directors Joe Swanberg and the Duplass Brothers, employs an extremely loose, improvisational style, and even stars the director’s mother Cindy Silver as Robbie’s aunt Carla.

Silver, who made his first feature film right out of school at the age of 25, felt disenfranchised by the experience of making his debut film—a serious, by the book drama called The Blind—and decided to make his next film with what little resources he had at his disposal, including casting himself, his girlfriend and his mother in principal roles. That film, 2012’s Exit Elena, marked a sea change in Silver’s career, and the now 34 year old has gone on to make a film a year ever since using similar means.

Uncertain Terms marks the director’s first foray back into using professional actors (for the most part) as the film features up-and-coming actresses such as Hannah Gross, India Menuez and Gina Piersanti in principal roles.

Silver’s impressive output and subtle, yet exciting directing style mark him as a great new voice in contemporary cinema, and he has shown no signs yet of abandoning his independent spirit yet.