2017 is officially over, and with this, we will have a look at some of the foreign films of the year – but not only “some” films, only the best ones. Take into account that this list will be based on Hollywood standards, meaning for “foreign” to any movie outside Hollywood/English speaking productions.

10. First They Killed My Father

This film is adaptation of the memories of Loung Ung, a human rights activist born in Cambodia, from where he fled in 1975 after the Civil War that brought communists to power. The story is told through the eyes of Ung during the repressive Pol Pot regime, since he was five years old and the Khmer Rouge took power until he was nine years old. During that time, his family struggled to stay together.

“First They Killed My Father” has an interesting plot and serves as a very well filmed Cambodian drama that is directed by Angelina Jolie, and which is transformed into its best performance, both for its realism and its theme. Images talk by themselves here, making it a visually poetic film.

The great strength of this drama is the solid performance from a promising Sareum Srey Moch, who seizes the film and gives a masterful performance of feelings and emotions.

Khaled (Sherwan Haji) is a young Syrian who arrives in Finland on a freighter after an enormous journey that began when he lost most of his family in the civil war that ravaged his country. She has two ideas in mind: to request political asylum, and to look for her sister.

The other protagonist of the film is Wikström (Sakari Kuosmanen), a man in his 50s who decides to turn his life around and start his own restaurant. The lives of both will cross for good – Wikström in an act of pure humanity will seek to help the young Khaled in his unfortunate life, while trying to boost and give vitality to his.

Kaurismäki has demonstrated throughout his filmography that he has an enormous simplicity in telling his stories – ordinary people who are involved in special situations that are always ended in twists that dethrone their emotional and personal stability. Plots with pessimism that can hurt and wear, but that always carry a halo of hope, and also giving the film a bit of black humor, turning their products into a tragi-comedy with a great background.

Marina (Daniela Vega) is a young waitress and aspiring singer, and Orlando (Francisco Reyes) is a man 20 years older than her, who plans a future for them together. After a night of partying, Marina takes him to the emergency room, but he dies on arrival. She must then face the suspicions of his death. Being a transgender woman is a complete aberration for Orlando’s family. She will then have to fight to become what she is: a strong, passionate, fantastic woman.

As bright as it is dark, Lelio’s new film immerses us in a world full of atrocities, violations and intolerance that is magnificently reflected without the need for recurrent physical violence, but through the hardest weapons in our society – rejection and words.

The performance from Vega is amazing, its’s so expressive that, even without saying anything, we feel and suffer each one of the offenses her character receives through her eyes, to the point that it is especially moving to see her sensitivity. 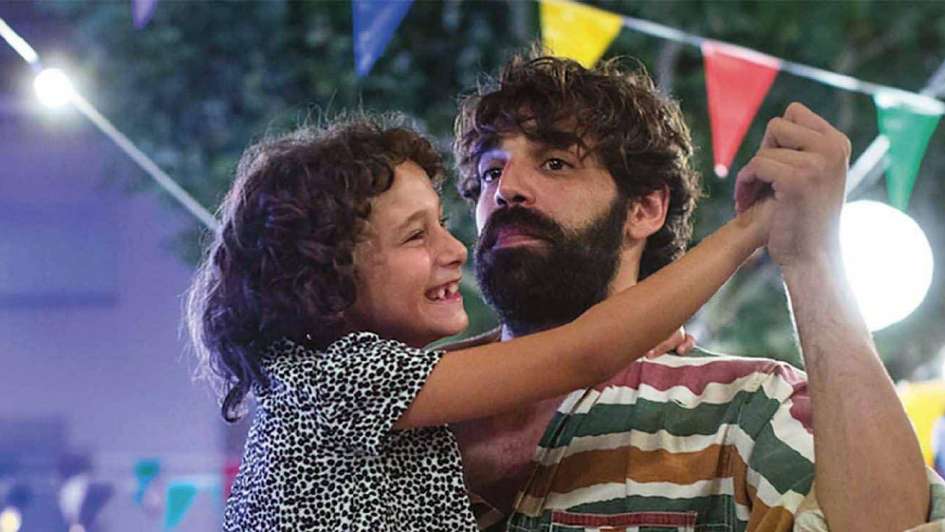 Frida (Laia Artigas), a six-year-old girl, faces the first summer of her life with her new adoptive family after the death of her mother. Far from her close environment in the countryside, the girl must adapt to her new life.

The plot itself does not matter too much. It’s a summer in the life of the girl, but a very special summer. A couple of months in which for her, life is something completely different from what she knows. It’s not about the story, it’s about the situations. It’s a film of details. Small details that make it big. We see the daily life of the girl through scenes full of sensitivity and realism. In this case, simplicity goes hand in hand with good taste. The relationship between the characters overflows with humanity; nothing is forced, and nothing is perfect.

The film takes place with a level out of the ordinary sensitivity, offering anguish, laughter and tears in multiple scenes. At times we are Frida – at times we put ourselves in the place of our new family. There is no place for Manichaeism, but for all the complexity that human relations are reconstructed after what tragedy can offer us.

6. On the Beach at Night Alone

“On the Beach at Night Alone” is divided into two chapters; the first one takes place in Germany, and the second one in Korea. The first part highlights a tremendously rational analysis of the concept about “waiting for something or someone.” Kim Min-hee is in love with a film director who told her they would meet in Hamburg. She consumes that wait with a friend to whom she confesses many doubts, and talks about how sensitive or complicated he is and the need for a visual meeting to clarify everything.

The Korean part of the film takes us back to the narrow streets whose focus is instantly recognizable in a Hong Sang-soo movie: smoking breaks, cafes in which women and men sit facing to each other. Like Ozu, he places the camera at a ground level to record conversations about family meals; Hong poses his camera at the edge of a table and makes the social relationship around his most characteristic sign.

“On the Beach at Night Alone” shows once again the great talent of the director when it comes to showing everyday life, and turning daily conversations a great reflection of what love means.