2017 has finally come to its end, leaving behind a year’s worth of interesting American independent and blockbuster films mixed with the usual amount of messy, standardized movies and dozens of mediocre or just plain bad films. But what about Europe?

As every year, there have been dozens of good European movies, but only a few of these were really able to stand out from the rest and gain their own place on this specific list. Sometimes both critical and commercial successes and sometimes not at all very well received, every single one of these films listed here definitely deserves a watch for its own artistic and cinematic value.

Along with some of the most talented filmmakers in recent years’ new films (yes, of course Yorgos Lanthimos is on the list!), two directors are included with their first directorial debuts. What are your favorite European films of the year?

Directed by talented director Joachim Trier (“Oslo, August 31st”, “Reprise”, “Louder Than Bombs”), “Thelma” tells the story of a young Norwegian girl (Eili Harboe) who suddenly experiences a violent seizure just moments after meeting Anja (Kaya Wilkins), a fellow student at the university of Oslo. Deeply religious and very sensitive, Thelma will have to confront increasingly more threatening seizures and her strong but self-restrained attraction to the beautiful Anja, while her supernatural capabilities slowly emerge along with a hidden secret from the past.

A seemingly overly derivative horror film, “Thelma” is something more than a simple-minded Norwegian take on Brian DePalma’s “Carrie”, and at times feel incredibly fresh and original. With an elegant and ominous score by Ola Fløttum, the film has the audacity to maintain a slow pace throughout, letting the tension build for some of the most exceptional horror sequences of the year while also shaping two wholly relatable and complex personalities for its main characters.

The movie also works as a slow burn psychological thriller dealing with such themes as personal faith, lesbian relationships and the repression of desire, and contains some of the strongest acting of 2017. Also, if you have run out of X-Men films to watch or rewatch, give this film a chance: you won’t (probably) be left disappointed. 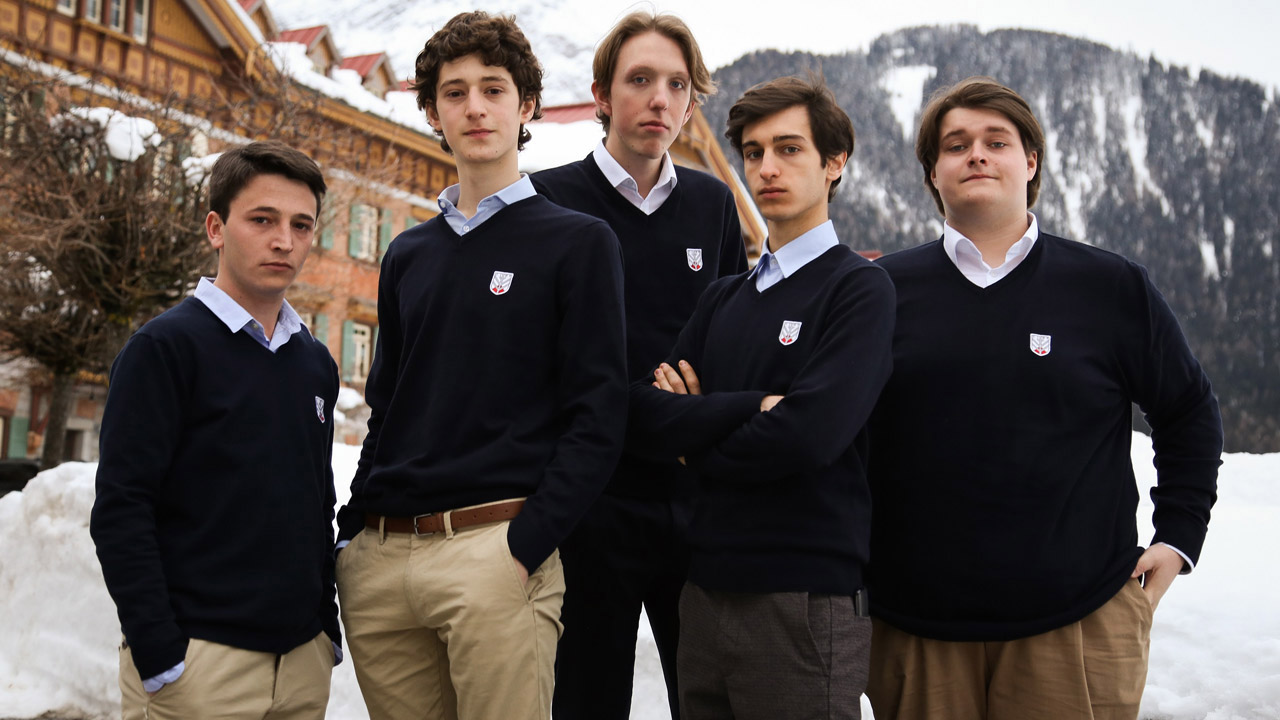 The first directorial debut on this list, Andrea De Sica’s “Children of the Night” is a stunning and twisted coming-of-age story set in the Alps. Giulio (Vincenzo Crea) is a smart teenager who is sent by his mother to a luxurious boarding school set in the mountains of northern Italy, conveniently distant enough from any other form of human civilization.

Upon his arrival, Giulio befriends the even smarter Edoardo (Ludovico Succio) while trying to adjust to the strict rules and teachings of the school, whose aim is that of forming the Italian ruling class of tomorrow. It is only after dark that they are able to silently leave the boarding school’s grounds and roam the woods nearby. The two friends’ destiny will change with the discovery of a lonely lodge hidden in the snow, where young prostitute Elena (Yuliia Sobol) works: but are their escapades really a secret?

Andrea De Sica (nephew of neorealist filmmaker Vittorio De Sica) manages to direct a movie that is almost always incredibly dark and grim, and yet is capable to attract viewers thanks to its gorgeous locations and brilliant acting. Directly influenced by the works of Stanley Kubrick, the film is also a divertissement for the constant mixture of cinematic references scattered throughout: from “Shining” and “Suspiria” to Lynch’s “Twin Peaks”, “Children of the Night” is equal part social commentary and ingenious mystery.

Imagine buying expensive clothes you like and are not even allowed to try on for a bossy rich girl that doesn’t have time to make her own errands. That is exactly Maureen Cartwright’s job, but there is definitely more to her than her particular position of employment: Maureen is a medium too, and the real reason why she is stuck in Paris is to somehow contact the soul of her dead twin brother Lewis, who shared with her the same generally harmless congenital heart condition.

A fine example of good writing and visual elegance, “Personal Shopper” has often been described as a ghost story for the iPhone age; and while that is in part adequate and true, what really is memorable about the film is that the paranormal phenomena depicted express a profound sense of sadness and melancholy that is rare to retrieve in most of contemporary horror and thriller cinema. Also, some of these scenes (especially the ones involving texting) can be easily seen as little cinematic lessons on tension and Hitchcockian suspense, making for some really intense moments throughout.

Besides Olivier Assayas’ usual brilliant camera work, the film also deserves credit for Yorick Le Saux’s inspired cinematography and of course Kristen Stewart’s great performance, once again hard proof of her talent after many years of undeserved hate for her role as the main character in the mediocre “Twilight” film saga.

Known as a stage director in London, director William Oldroyd’s first effort in filmmaking is an adaptation of Nikolaj Leskov’s short story “Lady Macbeth of the Mtsensk District”.

A tragic Victorian tale of love and despair set in the british moorland, “Lady Macbeth” retells the story of Katherine (Florence Pugh), a young woman forced into a convenience marriage with the older Alexander Lester (Paul Hilton), whom she does not love. When both Alexander and his father Boris finally have to leave the house, Katherine will discover her true self by starting an affair with Sebastian (Cosmo Jarvis), a worker at the estate, while also slowly descending in a moral abyss of violence and revenge.

Visually striking, the director makes the most out of the magnificent English landscapes the tale is set in, relating Katherine’s feelings and emotion to the state of nature around her as if it were a Romantic novel. Definitely a movie not to miss.

Christian (Claes Bang), curator of an art museum recently established in the Stockholm Palace after the fall of the Swedish monarchy, finds himself in a troubling position while trying to successfully promote a particular art piece entitled “The Square”, a simple but (maybe) thought-provoking work of art. In addition to this, Christian must deal with other personal matters and problems: his failing relationship with his daughters, and even a mugging with the most unexpected of consequences.

Winner of the Palme d’or at the 70th Cannes Film Festival, the movie succeeds as a grotesque commentary on contemporary art and society. Despite its slow pace and the constant attention the film demands from the viewers, Östlund directs a film clever enough to allow space for a few laughs and a clear message.

A film about art (and cinema) itself, “The Square” explicitly explains how and why important artistic achievements are sometimes hard to pinpoint and understand, but is also a satire on supposed artists incapable to deliver coherent and meaningful messages to their audience. Possibly the greatest satire of this last year, “The Square” is a rewarding and excessive tale about the real essence of an artist and the man behind that appearance.