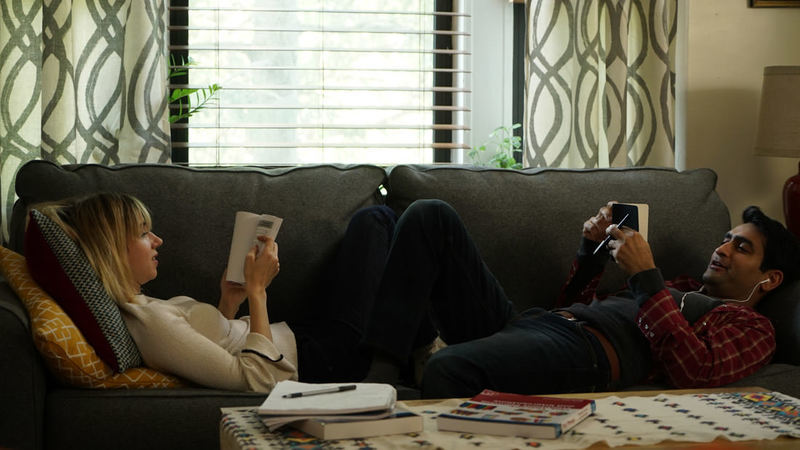 Based on the real experiences of star Kumail Nanjiani and his wife Emily V. Gordon (who both serve as writers on the film), The Big Sick is one of the most emotional films to come out this year, the fact that it is also one of the funniest says an awful lot about its quality. The film follows Kumail’s struggling comedian as he begins dating Emily (played by Zoe Kazan in the film) only for her to fall into a mysterious coma.

The film showcases some unexpected comeback performances, particularly from Ray Romano and Holly Hunter, who play Emily’s parents. It is through Romano and Hunter’s relationship and chemistry with Kumail that the film really shines. Both parents are outspoken and quirky individuals, it is in how Kumail interacts with them and their unique outlook where the comedy reveals itself.

When Taika Waititi boarded the third and final Thor film, expectations were high, the fact that the film exceeded those expectations was something few people saw coming. Waititi was always a risky choice for Marvel; his unique approach to cinema has consistently been defined by its irreverent brand of comedy. So, it came as a shock when Marvel gave the director a shot at leaving his mark on the MCU. And what a decision it was, as with Thor Ragnarok Waititi has delivered one the, if not THE, funniest superhero films ever made.

The film follows the god of thunder as he tries to stop his sister, Hela (a scenery chewing Cate Blanchett), from bringing the apocalypse to Asgard. Of course this doesn’t go according to plan and Thor is promptly booted out to space and some distant junkyard planet. It is here where the titular character meets an ensemble of peculiar and eccentric characters the likes of which have never been seen in such mainstream affairs. Waititi’s Korg provides most the laughs thanks to the director’s ability to make any line sound hilarious. Thor’s “bromance” with the Hulk also provides many laughs in a film filled to brim with comedic moments.

3. The Death of Stalin

Armando Iannucci has built a career off razor sharp political satire. After gaining huge success with his breakout British TV comedy The Thick of it, and its big screen counterpart, In the Loop, Iannucci went on to make the hit US comedy Veep. So it is safe to say that before he embarked on making The Death of Stalin the Scottish writer/director was a dab hand when it came to witty and topical satire, and when viewing the movie this becomes obvious. The Death of Stalin showcases the gifts of a comedy filmmaker at his best.

The film depicts the death of the communist leader and the days following, as those close to him fight for power. As the various political types plot and scheme to out do their colleagues, and generally bumble around in a desperate attempt to seize control of the state, the film becomes a hilarity of mishaps and panic. Its truly excellent ensemble cast of A-list actors, who all bring outstanding comedic performances to the film, elevates the film further.

One the strangest biopics of all time, and coincidently one of the funniest, The Disaster Artist is one of the most meta films about cinema to come out in years. Based on Greg Sestero and Tom Bissell’s book of the same name, the film charts the development and making of the notoriously bad, and now cult, film The Room. James Franco directs and stars as oddball filmmaker Tommy Wiseau. Along for the ride are Franco’s regular collaborators Seth Rogen and Dave Franco, as well as a myriad of familiar faces and laugh out loud cameos.

The bizarre nature of the film being documented here lends many of the laughs to the film, as does the reality of what working with Wiseau may have been like. Franco is the stand out, which comes as no surprise given the persona of the man he is portraying. His performance is spot on and perhaps that is why it is so hilarious. This one is a real treat for die-hard fans of cinema, as well as your everyday comedy fan.

This one comes with the added baggage of a lot of tragedy. Tragedy and comedy have always shared the same DNA with just the slightest of variants. It’s all a matter of perspective and consequence. For Three Billboards outside Ebbing, Missouri the perspective is bleak and heartbreaking with a hint of pitch-black humor. Three Billboards’ comedy comes from the darkest of places but it is all the more powerful for it.

Irish writer/director Martin McDonagh is known for his dark tragicomedies. Over the past ten years he has carved out a unique career as a modern day pioneer of the genre. With his latest, he pushes the limits of what we as an audience can and should laugh at. Using the genre as an exploration of the human condition, McDonagh’s films (and this one in particular) go a long way to reappropriating the way we approach tragedy. He offers a fresh perspective: sometimes comedy lies within the most tragic of circumstances.