In the 21st century, the Academy has awarded great performances, and also some that are less great. The new century had two ‘firsts’: the first black actress and the first French speaking actress – Halle Berry and Marion Cotillard respectively – to win the Oscar for Best Actress in a Leading Role.

All kind of personalities parade through these Oscar winners: psychotics, neurotics, depressed and overanxious women, a serial killer, an ex–prime minister. Ah, there is a queen and an ex low–ranking Nazi officer too. Among them are some of the best performances in cinema history that will be remembered for times to come. Others seemed to be a mistake.

Here is a list ranking all the winners for the Best Actress Oscar. Start counting down!

The Academy should have waited four years and given the Oscar to Sandra Bullock for “Gravity,” which epitomizes her efforts as an actress. Instead of that, they preferred to give her the prize for a mediocre family drama that raised a lot of questions about its stances on racial issues.

Based on the true story of Leigh Ann and Sean Tuohy, the film narrates the ‘adoption’ of an impoverished black adolescent by a wealthy white family that helped him finish school and go to college and, in return, he became a part of their family. In this melodrama full of clichés, where white superiority is shown upon the black mother’s incapacity to raise her own child, Bullocks gives a shallow and nerveless performance that would in no way deserve an Oscar taken from Carey Mulligan or Gabourey Sidibe.

Julia Roberts is a blockbuster megastar. She’s made big hits, decent comedies and dramas; her presence in a film means commercial success and the sum of her reward is seven digits and more. In this film she plays Erin Brockovich, an activist who, though not being a lawyer, helped build a case against Pacific Gas and Electric for contaminating drinking water. The settlement was the largest ever paid in a direct-action lawsuit in U.S. history.

The movie follows the known paths of Hollywood blockbusters. Roberts, the absolute star of the movie, playing next to the excellent Albert Finney, shows that she can be a marvelous actress but she is confined to being a big star.

Although the story is interesting and engaging, the movie is nerveless and Roberts doesn’t help to liven it up and develop a robust, appealing, convincing character; she doesn’t make Erin look real. This Oscar was more like Hollywood paying back its ‘debts’, even being unfair to Ellen Burstyn and her overwhelming, astonishing performance in “Requiem for a Dream.”

Of all the psychotic, neurotic, depressed and manic characters of American cinema history, Jennifer Lawrence was one of the least convincing, playing the lead role in a movie about the mental disturbances of the people next door, who cause problems in their lives and in the lives of the ones they love.

Bradley Cooper was very good in the role of a former teacher who, after being institutionalized for aggressive behavior, comes back to live with his parents and tries to gain back his own life. However, Daniel Day-Lewis in “Lincoln” deservedly took the golden statue home.

Lawrence, on the other side, was dangerously balancing between manic depression and suburban ‘sluttiness’, resulting in a performance that leads to the totally predictable ending of the movie. However, she did win the award, against the youngest (Quvenzhane Wallis) and the oldest (Emmanuelle Riva) nominees ever in Oscar history.

Emma Stone was probably the ideal choice for Mia: she is bright, clever and quite good-looking, with big, expressive eyes and a lovely smile. She loves musicals, and she was taught ballet and singing since the age of 8. Her life course is very similar to that of Mia’s: she went with her mom to L.A. when she was 15 and tried to get into showbiz. She is talented, no question about it. She matched perfectly with Ryan Gosling, there was such intense chemistry between them. But…

It seems that dearest Emma, in every movie she makes, plays herself, again and again and again. From “Easy A” to “Birdman” and then “Irrational Man,” Stone is the young, brilliant, good-looking girl she actually is performing in various situations. And that’s OK, but it takes more to become a great actress.

She surely performed one of the best ‘having sex’ scenes in the history of American cinema. She was direct, penetrating; her despair was mixed with lust to a point that dominated the screen and audience’s feelings. Was that enough for an Oscar?

Halle Berry had the lead role together with Billy Bob Thornton in a Faulkner-like drama about the American South that discusses present-day racism and discrimination, and bitter family dysfunctionalities that end in tragedies.

Hank is a racist white guardian in a correctional department; he is merciless to his son, who commits suicide in front of his eyes. Leticia is a black woman, the wife of a prisoner sentenced to death, and the mother to an overweight, depressed little boy who tragically dies in a car accident in the middle of a rainy night. Hank and Leticia are alone and deep in sorrow, and their only way out of their condition is one another.

Aiming too high, the film is a bittersweet love story with good, but not bold, performances. Berry offers us some intense scenes of high quality performance (the ‘having sex’ scene mentioned above, her outburst at the hospital at her boy’s death) but it certainly isn’t a performance to commemorate.

“Million Dollar Baby” was definitely one of the great American movies of the 21st century. It was a story of white trash, a young girl with no past or future, who “knew that she was something more than poor” – if we are to paraphrase RHCP – and gave her the battle to win fame and money as a boxer, with the help of a tough but loving manager.

Hilary Swank was the protagonist of this movie. She gave a decent performance and won the Oscar for Best Actress in that year’s competition, prevailing over Annette Bening, Imelda Staunton and Kate Winslet. She had won another Oscar for Best Actress just five years before. Does that make her a great actress? Nope. She is a good actress – even though she didn’t participate in many ambitious films – but not the kind who wins two Oscars just because she participated in two really distinguished movies. 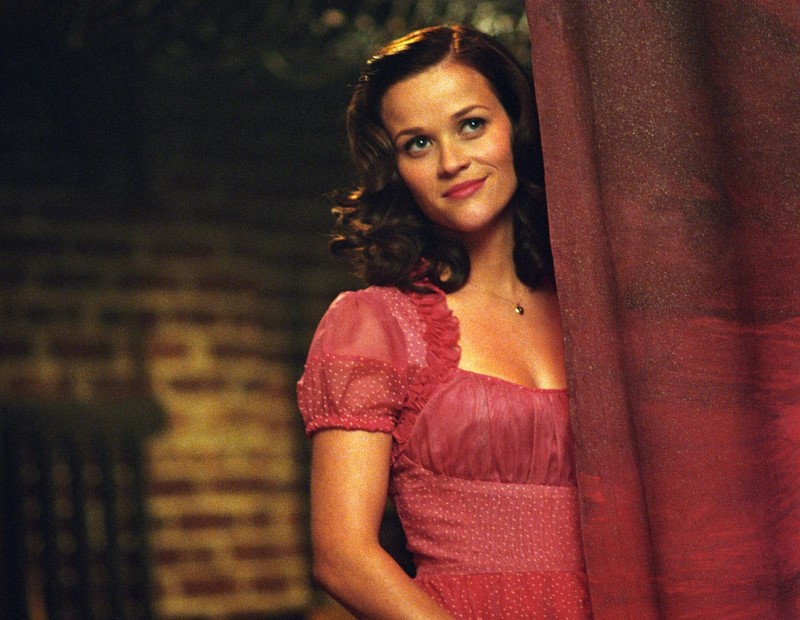 Reese Witherspoon deserves congratulations for the efforts she made to learn how to sing and perform on stage, like June Carter, in particular. And she did a really good job and her performance was praised. As she declared, she was a Southerner and country music was in her blood. She loved the role and both audience and critics noticed it.

“Walk the Line” was a movie about famous country singer Johnny Cash and his relationship with singer June Carter for the first 12 years, when they were performing together while being married to different people. It was also about how June helped him come over his drug addiction and divorce and how they formed a happy, loving family and a successful music career.

Witherspoon offers us a balanced performance, captivating in the on-stage scenes and is well-placed, charming, humorous and sensitive throughout the rest of the movie. 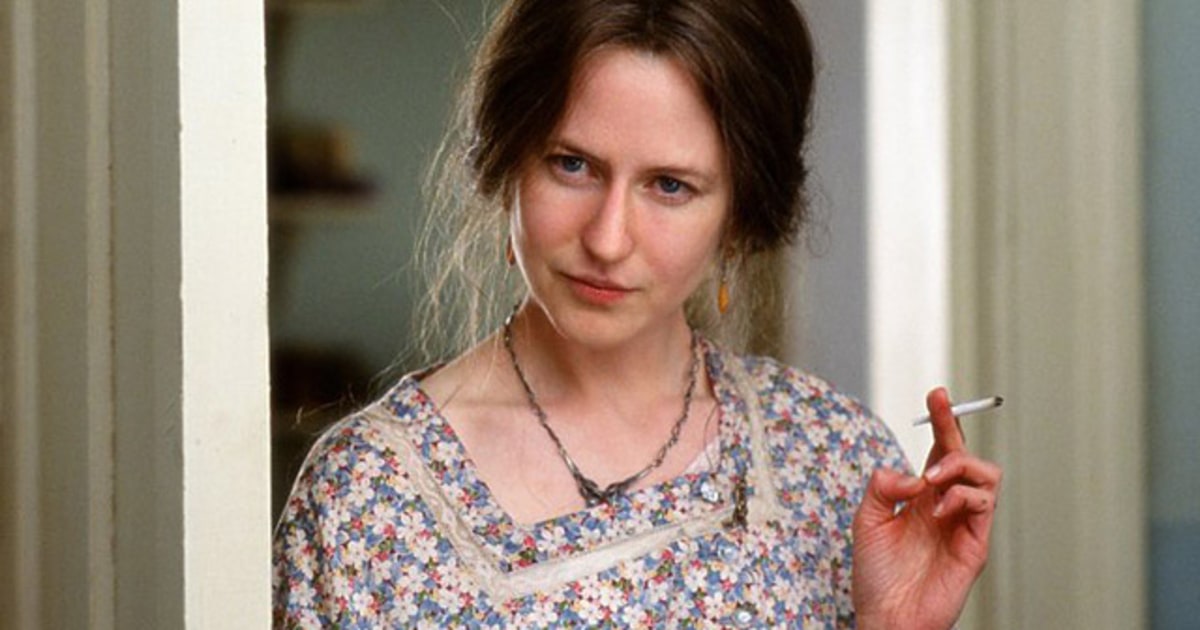 Even though Nicole Kidman is in the film for just 28 minutes (compared to 33 minutes of Julianne Moore and 42 of Meryl Streep), she was an Oscar nominee for Best Actress, which she finally obtained. Was it a tribute to the famous feminist English novelist? Was it because Kidman tried very hard to portray Virginia Woolf, wearing a big prosthetic nose and grumbling under that nose in an effort to take out Woolf’s descent into depression?

“The Hours” was a good movie in the way it tried to understand a common feminine destiny that connected the three heroines – played all by very high class actresses – interwoven by the famous novel by Virginia Woolf. Kidman was part of this ambitious project and, though being inspiringly played, the role she had could not allow further deployment of the character and should possibly be confined to the Best Supporting Actress category.