Good films often tend to find an audience and receive the praise they deserve, however, that isn’t always the case. Some films fail to resonate, even with the majority of the demographic they set out to target, and that is arguably the case for the films on this list.

While these may not necessarily be great films, they do deserve more consideration than they are given, and certainly possess redeeming qualities which make them relatively rewarding viewing experiences.

Each film mentioned is rated lower than 5.0 on IMDb’s user rating, and are defended here in hopes that they may be enjoyed or strike a chord with new audiences. 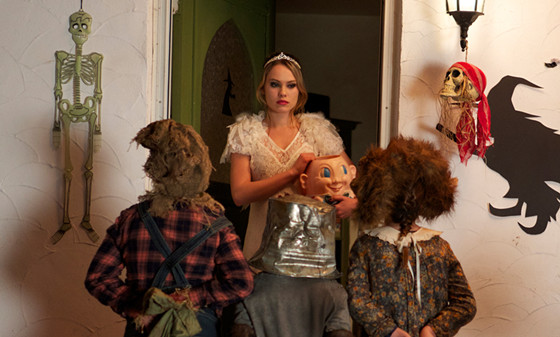 Many know of Canadian filmmaker Bruce McDonald for his original foray into the zombie sub-genre, Pontypool; love it or hate it, there was no doubt that its ideas were arresting, despite the final film lacking the allure of the premise. It received mixed reviews, but is regularly cited by lovers of undead cinema as one of the best modern offerings.

However, his next horror feature was met with poor reception, confusing audiences with a blend of artistic visual style and generic narrative. Hellions was an official selection of the 2015 Sundance Film Festival line up, and also screened at the Toronto Film Festival the same year, receiving generally hostile reviews.

Critics denounced the film as forgettable, with Variety’s Scott Tobias’ calling it “an unpleasant muddle of the visceral and the abstract”. The only favourable review seemed to come from RogerEbert.com’s Simon Abrams, who praised its “avant garde flair”, of which is certainly the film’s strength.

McDonald tells the story of a conflicted teenage girl who is terrorised by menacing trick-or-treaters, intent on destroying her body and soul. This night of terror is set amidst landscapes which are creatively manipulated to achieve contrasting moods, and along with classic Halloween iconography, the film is an unexpected visual achievement for the horror genre.

Despite being rather ambitious, the film never achieves anything that feels as profound as what the desiring director is obviously going for, and yet, it’s an interesting film to look at and keeps the mind stimulated. However, it seems viewers were obviously expecting much more.

Although, the filmmaker’s real talents appear to be distant from the style presented here; his film Weirdos – which premiered at tiff – is a seventies-set tale of two teenage runaways shot in black and white, a poignant and sweet film, and the best of McDonald’s career so far. 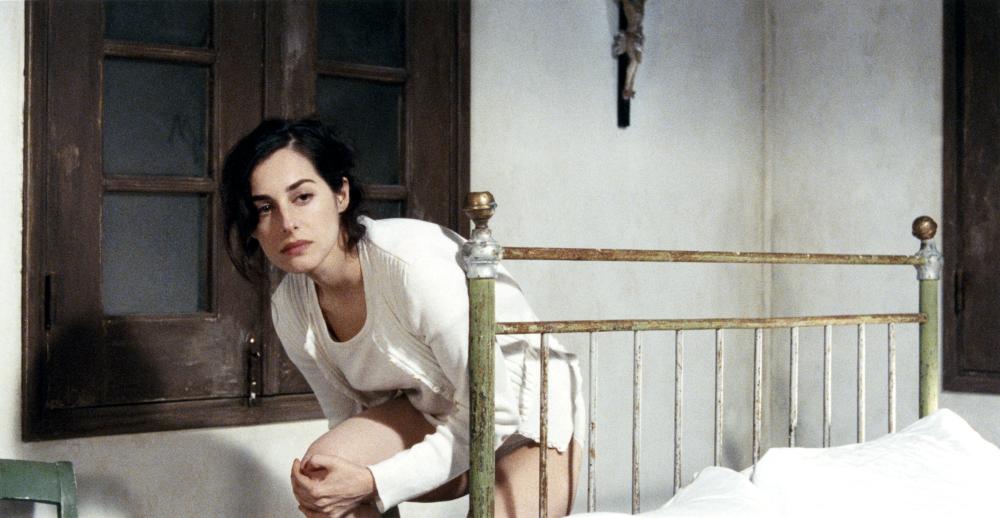 After cutting her wrists in a gay-club bathroom, a woman offers to pay one of the men she meets to come to her home over the course of four nights and watch her when “unwatchable”. The film is an intriguing and moving sexual study of gender-politics and beyond, boasting accomplished performances of its two leads, Amira Casar and Rocco Siffredi. It was inevitable that a film of such graphic nature would be panned and applauded by critics alike, enticing and deterring audiences in equal measure.

However, it is the films moral core and entrancing conclusion that suggest critics in favour of Breillat’s work here were on to something. As with all of her work, it demands strict attention and an open mind, and if you have those when going into Anatomy of Hell, the chances are you’ll find great merit in this stirring tale of a woman embodying a gender conflicted by a shame arbitrarily cast.

This is definitely the French auteur’s most underrated work – and may actually be her best – showing that directors are often best when at their purest and, in this case, alleviating, offering an understanding of an internal struggle that many films outside of such a frontal feminist agenda are unlikely to convey.

It would be totally understandable to stop watching Michael Goi’s Megan is Missing after failing to tolerate its first act. The viewer is introduced to a youth so monstrously underwritten, thrown into a house party of underage teenagers engaging in sex acts, drugs, and anything that is able to make the audience immediately realise “Oh, I really need to keep an eye on my kids”.

It’s a disastrous introduction to a film which continues a heavy-handed approach to raising awareness of the dangers that adolescents can face in a frightening world. It centres around the life of fourteen year-old Megan Stewart, who on January 14th 2007, went missing, followed by the disappearance of her best friend three weeks later. The film consists of a series of webcam footage, video calls and news reports etc.

Although tackling important themes of internet grooming and abduction, the dull approach to characterisation results in Megan embodying the average American teenager, ensuring that audiences recognise the archetype at the expense of presenting them with someone they can connect with.

The film strings the viewer along with a predictable narrative, feeling less of a film and more like a feature-length PSA to be shown in schools – and then something unexpected happens.

The final sequences of Goi’s teenage-warning are harrowing, disturbing, and downright traumatising to say the least. Before the film reaches a conclusion, the audience is already aware that the two protagonists are to be abducted, and yet, nothing shown prior is able to prepare the viewer for the film’s uncomfortable and shocking final statement.

Goi offers visuals that are horrifically unforgettable, and is able to finally justify the films existence despite its fragmentary and amateurish structure. The individual responsible for the demise of these teenage girls films their fate, and the audience is sat watching something that feels torturously authentic.

Megan is Missing’s final moments are incredibly distressing, with one particular lengthy shot proving genuinely difficult to watch. This is by no means a great film, or even a good film for that matter, but Goi’s statement in the final act is powerful and displayed in such a raw fashion that those who have seen it will certainly remember it.

Paul China’s directorial debut makes its cinematic influences perhaps a little too clear. Yet, when one is able to brush the adoration China has for the early efforts of the Coen Brothers aside, Crawl manages to be an entertaining and tightly-wound thriller that will hopefully find a more accepting audience in the years to come.

A seedy bar-owner hires an enigmatic hit-man to murder an old acquaintance over the matter of an unpaid debt, spiralling into double-crossing, hostage situations, and a cat and mouse tale delivered with supervisory firmness. This being said, the film works so well thanks to George Shevtsov’s charismatic performance as the mysterious Croatian killer – it is unsurprising that the role was written especially for him.

All of the performances contribute towards a devilishly tense atmosphere, which may be credited to China’s orders that the cast and crew study three films to help understand the tone he aimed to attain: the Coen Brothers’ Blood Simple, Roman Polanski’s Repulsion, and Alfred Hitchcock’s Rear Window. However fantastic audiences agree these three films to be, it sadly appears that the same was not said of China’s films.

Upon the film’s premiere at the prestigious Screamfest Film Festival in Hollywood, it won three awards for Best Director, Actress and Cinematography; it becomes all the more puzzling that audiences dismissed it while critics reacted positively, with critic Alan Jones crowning it as “A twisted and skilful homage to film noir”. This suggests Crawl to be a film which is yet to find a wider audience, and honestly, it’s remarkably odd that it hasn’t already.