Making movies means, being able to manipulate time in the way you want it. It not only matters what happens inside the scene, but how long the scene lasts. Often however, directors choose not to manipulate time and let a scene play out as if it was in real life.

This creates movie scenes that often can feel drawn out, especially when the action within the scene is limited or when we watch a character performing the same action over and over again while we beg the movie for a cut that releases us. But a director with awareness of the power of passing time can capture moments that ultimately add up to the movie itself. These are scenes who are well aware of their long running time.

Here are 8 movie scenes, who purposefully make you aware of their running time.

After his, both commercially and critically acclaimed, 1997 film Good Will Hunting, his disastrously received Remake of Hitchcock´s Psycho and the Melodrama Forrester, Gus van Sant seemed to have decided to step away from the limelight of Hollywood and return back to his roots in the Independent-Cinema. However, nobody could have prepared the audience for Gerry.

It is a movie that follows two men, both are named Gerry (played by Matt Damon & Casey Affleck), while they get lost in the desert. It is not a movie that is concerned with suspense, even though the movie is quite haunting as a whole, but rather in exploring the limits of cinema, getting rid of anything that could be called plot- or character-development. In an attempt to get an overview of their deserted surroundings, one of the two Gerrys climbs on a rock and is later unable to climb back to the ground. Both Gerrys search for a solution and come up with various ideas of how to handle the situation.

While the scene might not be that long, it ultimately kills ever last bit of movement the movie might have contained since the camera never moves and never cuts away from the scenery. The scene is representative of the whole movie : Just two men, lost in the desert, searching for a way out. While Gerry is a difficult task, there probably has never been a better adaptation of Samuell Beckett`s Waiting for Godot.

This is, with the exception of Number 1, the only scene on this list, that is not filmed in a single take. However, the opening minutes of Kaneto Shindo`s The Naked Island deserves a spot on this list. Through his black and white camera, Shindo paints the picture of a family, living on an island far off the shore, separated from society. The parents only leave the island to collect water for the plants on the island, which bring food for the family.

This is a routine for them and the movie spends his first minutes just showing this daily activity of first sailing to the shore, then drawing water from a river, then sailing back to the island and finally carrying the heavy water buckets up the mountains of the island.

Shindo does this to capture the lifestyle of this family and what both parents go through every day. This moment, just like the rest of the movie, is completely free from any spoken words. While this introduction to the movie is a bit daunting at first, it is the most consequent way of portraying a lifestyle outside of society, which is filled with routine. It is also, perhaps, the best way to bring the Sisyphos myth to the screen.

Andrei Tarkovsky is perhaps the most well-known film director, who is not interested in manipulating time in a way other filmmakers do. His usage of long-takes that float above the scenery of his movies or keep you captive in the characters surroundings more then once make the viewer question the reality within his movies. But sometimes, his usage of drawn out scenes serve a more simple effect : Creating suspense.

The finale from his 1983 film Nostalghia is a perfect example for this. In it, the writer Andrei tries to carry a lit candle from one edge of a pool to the other, without the candle burning out. The weight that lies on this scene comes from the massive set-up the movie provided and with the expectations of the audience towards the resolution. Whether or not the result will be world-changing is hardly describable, but Tarkovsky direction of Andrei´s attempts to perform this action makes us feel every second of it. It´s typical scene that could have been shorter, but would have never achieved the same viewing experience in a shorter edit. 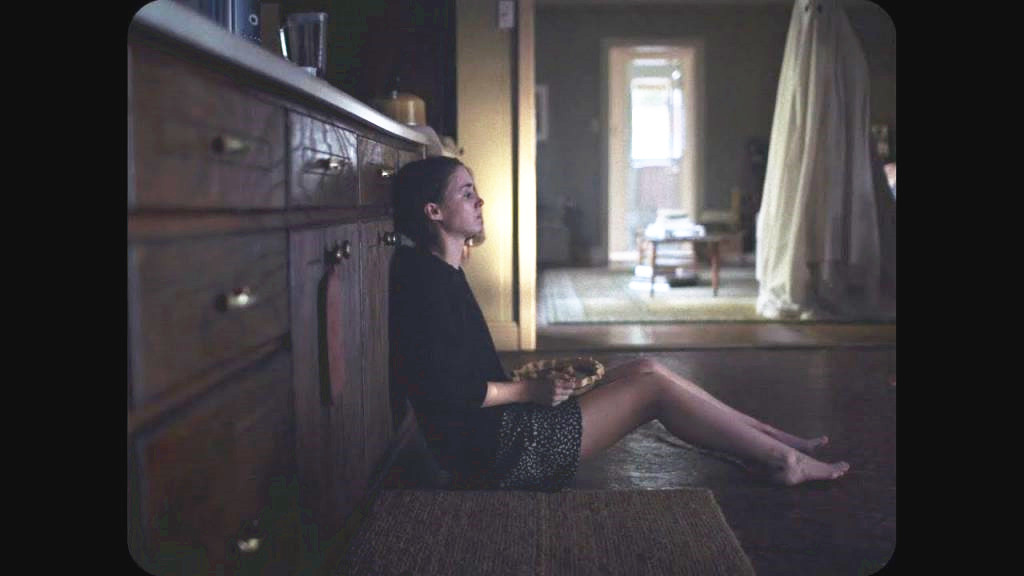 David Lowery`s A Ghost Story plays with the concept of time and how we as human beings rely on it. The story of a man (Casey Affleck) who, after being killed in a car accident, wanders around his old house as a ghost, trying to connect to his wife (Rooney Mara), who is still alive, but finds himself isolated from the living world, being unable to communicate with it. He surpassed the concept of time since his time on earth has ended and is reduced to a quiet observer.

We as an audience are put in his position in a poignant scene in which he observes his wife, eating a cake while tears of sadness and loss run down her face. In this 4 minute long scene, we also become quiet observer, maximizing the sadness and loneliness of this moment, that feels both intimate and abstract. Also, the scene is an interesting take on the relativity on time since the ghost later encounters a family that, within the split of a second, lies dead on the ground. Sometimes time flies too fast for us to even notice, but sometimes it also holds us captive in it.

The cake-eating scene occurs after about 30 minutes into the movie and is also a key moment that decides whatever you are completely drawn in by this film or will absolutely hate it.