Like any form of art, films are divisive. What one person enjoys is not necessarily going to be what another person does and vice versa. Audiences are frequently divided over whether a film has merit or not. However, there are some films which appear to go beyond this and split audiences firmly one way or another – causing audiences to declare that they either love or hate the film in question.

When it comes to cinematic marmite, there are no required criteria. From big blockbusters to indie films to arthouse – divisive films can come from any genre or subgenre. Divisive films are not easily predicted, although one thing is certain – film will always evoke debate and discussion regardless of whether it is loved or hated.

The O’Brien family live in a small town in Texas where Jack is one of three brothers. Jack has a good relationship with his mother but struggles to connect with his father. Later as an adult, Jack tries to come to terms with and make sense of his past and childhood while also wrestling with existential questions about life.

Why you might love it: A film with an incredibly bold vision, The Tree of Life attempts to encompass all of existence and life, and it does it in a highly effective and emotional way. The Tree of Life is all about human nature and how our actions have effects. And its meditations and ambitions truly reward those who have the patience to see it.

Why you might hate it: When The Tree of Life debuted at Cannes it was met with boos, jeers and laughter. A reaction that has since been echoed by many audiences. The Tree of Life is over three hours long and whilst watching it, you are very aware that it is over three hours long. The film often feels preachy and pretentious and perhaps even more apparent than that – it’s a bit boring. Watching a tree grow in real time may be more interesting.

Two young scientists lead an expedition to the darkest parts of the universe after the discovery of a clue to humanity’s origins on Earth. One of the team hopes to meet a race of powerful benevolent beings that will in some way verify her religious beliefs whilst another is looking to debunk such beliefs. None of them are prepared for the true horrors that await them.

Why you might love it: Well-acted and superbly designed, Prometheus is a worthwhile addition to the Alien franchise. Its weightier and deeper than its predecessors and so adds another dimension to a well-known universe. Prometheus is intelligent sci-fi that doesn’t give its audience all the answers but asks them to consider the origin of life in a different way. Adding in the seamless visuals and Prometheus is a film that many audiences loved.

Why you might hate it: For many Prometheus was an unoriginal concoction of a dozen other films which made the mistake of hoping that audiences wouldn’t notice the blatant rip-offs. In amongst this, audiences found the story incredibly pretentious and at times boring. The long running time doesn’t help matters and Prometheus feels dragged out for the sake of it. The unbelievable actions of most of the characters doesn’t ring true and ultimately audiences were left with more questions than answers.

In the midst of the Second World War, German troops have trapped the Allied forces on the beach of Dunkirk. With air and ground support from the British and French troops, soldiers are slowly evacuated from the beach by any means possible including the use of naval and civilian vessels. But with hundreds of thousands of soldiers to evacuate, time is running out.

Why you might love it: Featuring minimal dialogue, Dunkirk uses incredible sound design which makes audiences feel as though they are immersed in the action. The score is used to maximum effect and contributes to the feeling of placing the audience inside the film – at times the score echoes the racing hearts of the soldiers and the ticking of a clock. All which cleverly build up the tension to breaking point. And as expected from a Christopher Nolan film, there are some amazing visuals which are elevated by the use of a colour palette of greys and browns.

Why you might hate it: Dunkirk has a collection of different main characters and a backdrop of thousands of soldiers and yet in spite of that, the audience does not get to know any of them properly. Without getting to know our characters, it is hard to feel invested in them and thus hard to feel engaged in their journey. Minimal dialogue is used in favour of a relentless score which many audiences reported left them feeling dizzy and disoriented. The use of a non-linear timeline is at times confusing and jarring. Overall, Dunkirk is not necessarily a fun experience for the audience. 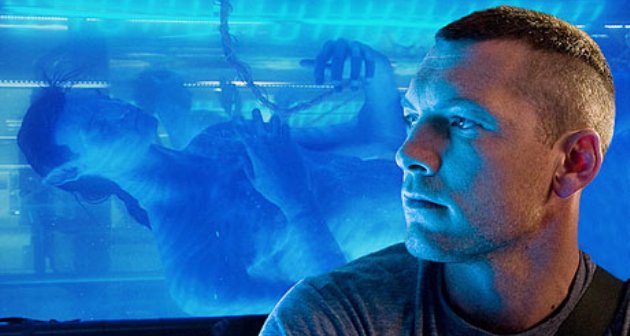 Primitive but highly advanced beings, the Na’vi, live on the alien world of Pandora. The planet’s atmosphere is poisonous so to allow free movement, human/Na’vi hybrids called Avatars link to human minds. Paralysed marine Jake Sully regains his mobility through becoming an Avatar and ends up falling in love with a Na’vi woman. As his bond with the Na’vi world grows, Jake is drawn into the battle for the survival of Pandora.

Why you might love it: The biggest film of all time is that for a reason and Avatar is a visual spectacular with amazing technical prowess’s that impressed many audiences. Avatar is storytelling and filmmaking on a massive scale that you cannot help but marvel at.

Why you might hate it: The biggest film of all time may also be the most overrated film of all time. Avatar may boast huge visual and special effects, but audiences could tell that those aspects had been favoured above all else – forgetting about the plot, storyline and characters. With weak dialogue and an overstuffed running time, Avatar is on many people’s worst film lists.

Whilst General Leia Organa leads the Resistance in an all-out battle against the First Order led by Kylo Ren and General Hux, Rey seeks out Luke Skywalker in an effort to learn the ways of the Jedi. Meanwhile Finn concocts a dangerous plan to give the Resistance the upper hand.

Why you might love it: For many Star Wars fans, any foray into the universe that they love is an epic one. And in The Last Jedi, fans are given an extra treat with seeing old and beloved characters, such as Luke Skywalker, return to centre stage. As well as seeing old characters return, the newer characters continue on their journeys throwing up lots of interesting questions and theories. The Last Jedi also boasts amazing production design and effects and is without doubt a treat to watch from a visual point of view.

Why you might hate it: The backlash against The Last Jedi started as soon as the clock hit midnight on its release day, and negative ratings and reviews began to flood the internet. Many have called The Last Jedi the worst Star Wars film of all time. Plot holes, mishandling of central characters, weak villains and misuse of humour are just a few reasons that audiences have cited for hating the latest instalment in the Star Wars universe. Throw in the rewriting of fundamental Star Wars’ lore and audiences soon declared their hate for episode eight.