Hello, beginner cinephiles! So you’re diving into cinema deeper than usual. You’re checking out recent works with a new lens and a zoomed focus. You’re finding a new appreciation for the medium, and want to continue forwards.

If this doesn’t apply to you, I will start again.

Hello, veteran cinephiles! You’re at the point of your obsession with the medium where you marathon your favourite films; hell, you may be even putting on back-to-back movie nights. Don’t feel bad. You’re in good company.

To both parties, this list is not a be-all-end-all solution for your searches into the art form, but a starting point to get your gears working. For new cinephiles, you may be starting with recent works but are looking throughout film history for the next film you’ll love. For veterans, this can be the spark of an exercise where you really compare and contrast newer films with works of yesteryear to see how cinema has changed (and also stayed the same).

This can be the beginning of a weekly ritual between you and your fellow movie-going friends. You can have double picture nights, with a theme that ties both films together. Whatever your goals are, here are ten recent movies that are great companion pieces to masterpieces.

Whether you saw it in theatres or on Netflix, Annihilation either was not your cup of tea, or it entrenched itself in your soul. Something about its brooding nature works. Perhaps because this is a trip into the unknown, the slow pace allows for the film to slowly get more and more anxiety inducing the closer we get to the alien force.

If you got hypnotized by this film, look no further than Andrei Tarkovsky’s science fiction epic Stalker. Here, three men wish to find the “zone”, where, allegedly, one’s deepest wishes can be granted if reached. The initial premise sounds more positive than Annihilation’s suicide mission to stop the Shimmer from expanding, but Stalker similarly features the leads slowly going insane the closer they get to their target.

Both films are stunning visually, glacially nerve wracking, and philosophical when it comes to dissecting the main characters and their true desires on these missions.

2. Blue Valentine – Two for the Road 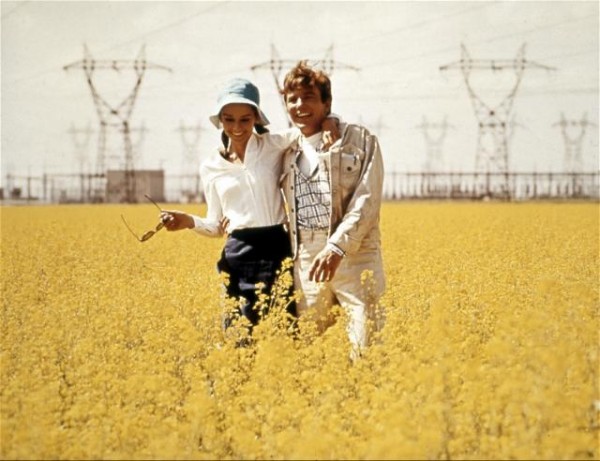 Do you really want to create a doozy of an evening for you and your loved ones? You can observe the trials and tribulations found within struggling marriages. If you managed to get through Blue Valentine’s depressing and hostile nature, that might be because you can appreciate the complexities both partners showcase as cinematic performers and literary roles.

Maybe you like comparing the flashbacks to the present, in an attempt to see where the relationship began to head south. Well, you’re in luck, because there’s a similarly difficult watch in Stanley Donan’s criminally underrated Two for the Road.

This film is more optimistic and positive than Blue Valentine, but its heartbreak moments are sure there. It is more complex in terms of storytelling, as it shows at least five different memories at once. Each and every scene beautifully flows into the next symbolically or poetically, and part of the fun is trying to figure out what point of the struggling marriage you are witnessing (the answer isn’t always clear).

What a phenomenon Boyhood was when it was initially released in 2014. Even if it wasn’t your kind of film, you can’t deny that it wasn’t being discussed on every platform that entire year. If you loved Boyhood and want to find something similar, the legendary Bengali The Apu Trilogy is essential. Even if you didn’t click with Boyhood (perhaps you found it aimless and too light in plot), The Apu Trilogy might satisfy what you found was missing in the former film.

Now, The Apu Trilogy isn’t the same experiment in terms of casting the same actors over a lengthy period of time, but it is an examination of the aging of a cinematic character from a struggling child to a flourishing adult.

You have three separate films to truly appreciate each stage of Apu’s life, and each of the challenging moments in his life has concrete context set in place. This entry might not work as an evening viewing (Boyhood is 3 hours long, and, well, the latter is a literal trilogy), but maybe this could work as a weekend affair. 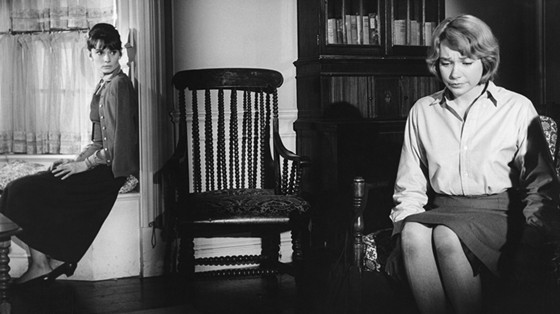 Films with social commentary are interesting to revisit over time, especially to see how well or poorly they age. The recent spectacle Carol is a moving depiction of a lesbian relationship during a time in American history when the idea was considered taboo. As the titular character is going through a divorce, the affair is unjustly used as “evidence” that LGBTQ relationships aren’t civil.

A similar examination of bigotry between lesbian relations is the William Wyler film The Children’s Hour. Actually shot in the ‘60s (and based on stories and works from as early as 1809), the film is subtler with its showcase of intolerance (the word “lesbian” is not even used in the entire film). In fact, the film isn’t even about a concrete pair of lovers, but instead two women who have been labeled as a romantic couple by a complicated child.

It’s interesting to see the different approaches: a 1961 adaptation by a heterosexual director during the end of the Hollywood code’s reign, and a 2015 adaptation by a queer director during a more liberated time, with both works focusing on the same discussion. Neither are easy watches, but both are powerful statements on society’s more hateful times.

For many, Drive was an introduction to Nicolas Winding Refn’s idiosyncratic style, partially because of its misleading promotional material. Many fans expecting a Fast and the Furious clone got something they either hated or adored instead; a European love letter to Hollywood films. The lead character is super silent. There is a cynical black cloud that hovers over the entire film. Drive creeps along until it snaps, where you might get the shock of your life. Colour dictates your emotions (all while the stellar soundtrack drips into your soul).

An interesting film that works as a great partner and an antithesis is the Jean-Pierre Melville cult classic Le Samouraï. There’s very little colour here: grey is cloaked everywhere. However, we follow a quiet stoic hero that is also roped in a life of crime here. We encounter his quest for a different life through his love interest (very similar to Drive). We scour the underworld. Yes, a double billing of these two films will create an aesthetically powerful evening.