It’s wild how after consistently making great, classic and game-changing movies for decades, Steven Spielberg is constantly being second-guessed and undervalued. He makes movies with such ease and such consistency that it’s almost like he’s being graded on a curve.

He made “The Post” in a month during post-production on “Ready Player One,” so people were not giving it the credit that it deserved as an immense piece of socially-minded filmmaking because we all know that he didn’t stress out making it.

The same level of second guessing was amplified double time with “Ready Player One.” People wanted to ignore the immense talents of Spielberg because the book is pretty much trash and because gaming culture has become so toxic that people don’t even want to see a semi-positive portrayal of that world. But because Spielberg is a master who has a special talent to take bad books and elevate them to something memorable, he made one of his best of the 21st century.

While it may not hit those highs of “Munich” or “The Adventures of Tintin,” it’s one of the most obvious examples of Steve having a blast behind the camera. But he also imbues his heart and his intellect into the proceedings, making something that is pretty subversive and more weighty than its candy-coated sheen would indicate.

Let’s take a little dive into what makes this movie so much better than its current reputation is suggesting by self-righteous film nerds who can’t look past the video game cover and dive into the subtext he is laying out for them. This is a movie prime for a critical reappraisal down the line. 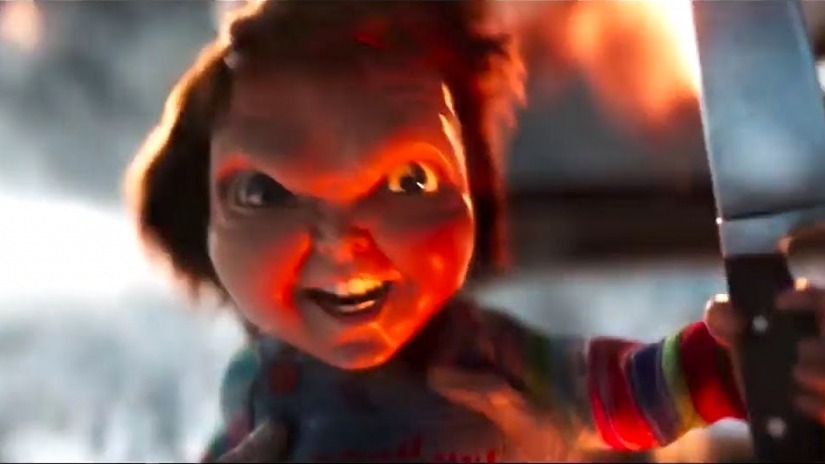 This one isn’t a big example to help the cause, but it is maybe the most gut-busting moment in the movie.

During the big climax, we get all sorts of pop culture references throughout (not shoved down our throat like in the book, though), but the best one is when Aech gives Wade a new weapon to use on IOI. And it’s our favorite Good Guy Doll, Chucky. It’s executed perfectly and shows how Spielberg even knows how to perfectly execute the one f-word a PG-13 is allowed to use. 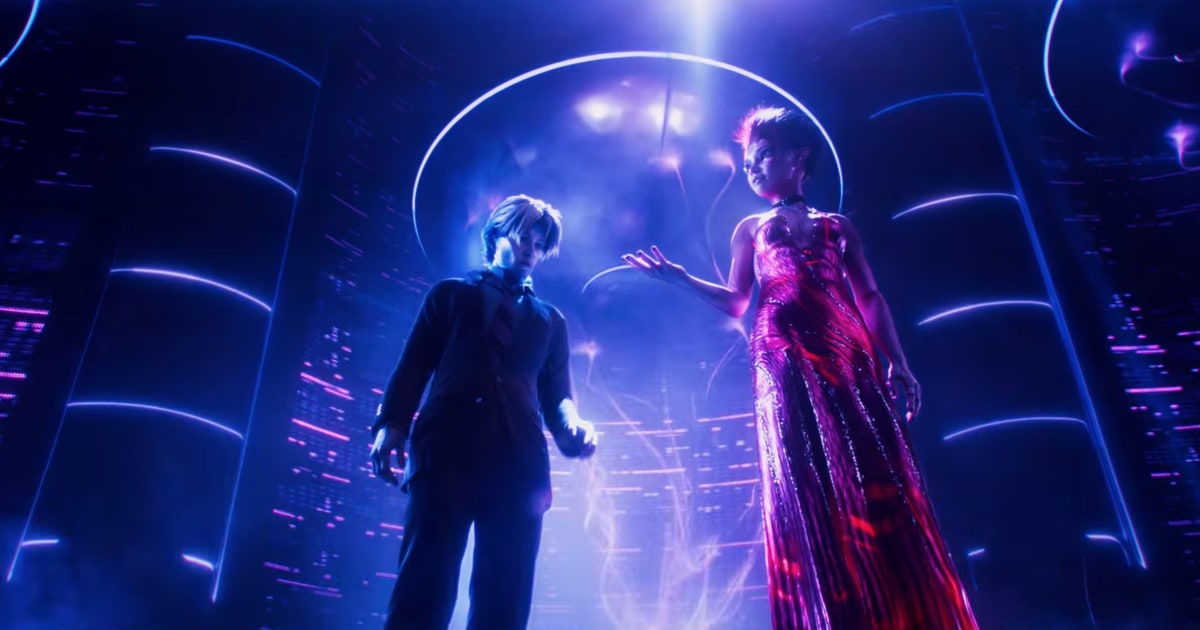 A big issue with video game movies is that video games are typically not fitted with stories and protagonists that work in a passive medium. And they are usually made by people who don’t like video games.

The best example of video game styled movies are the ones not explicitly based on video games, but are inspired by them. Movies like “Scott Pilgrim” or “Dredd,” where the mechanics and style of video gaming pervades the movie. Spielberg is a man who clearly loves gaming, as this movie feels like the product of someone who gets it. He gets the appeal and he gets the world.

The structure of the movie owes a good deal to “Willy Wonka, “but that structure is then transplanted onto a video game progression structure. Here’s a key with a puzzle to solve which then unlocks the next level. Then there’s just the way he shows off how the Oasis works and the appeal of the Oasis.

How the rules of the system work. It feels like something that can actually exist at some point as a natural progression of games that we know, like a not that far but still far in the future version of “Warcraft.” It adds a legitimacy to the movie that could have been missing by a fellow big budgeted filmmaker that lacks any connection to the world. 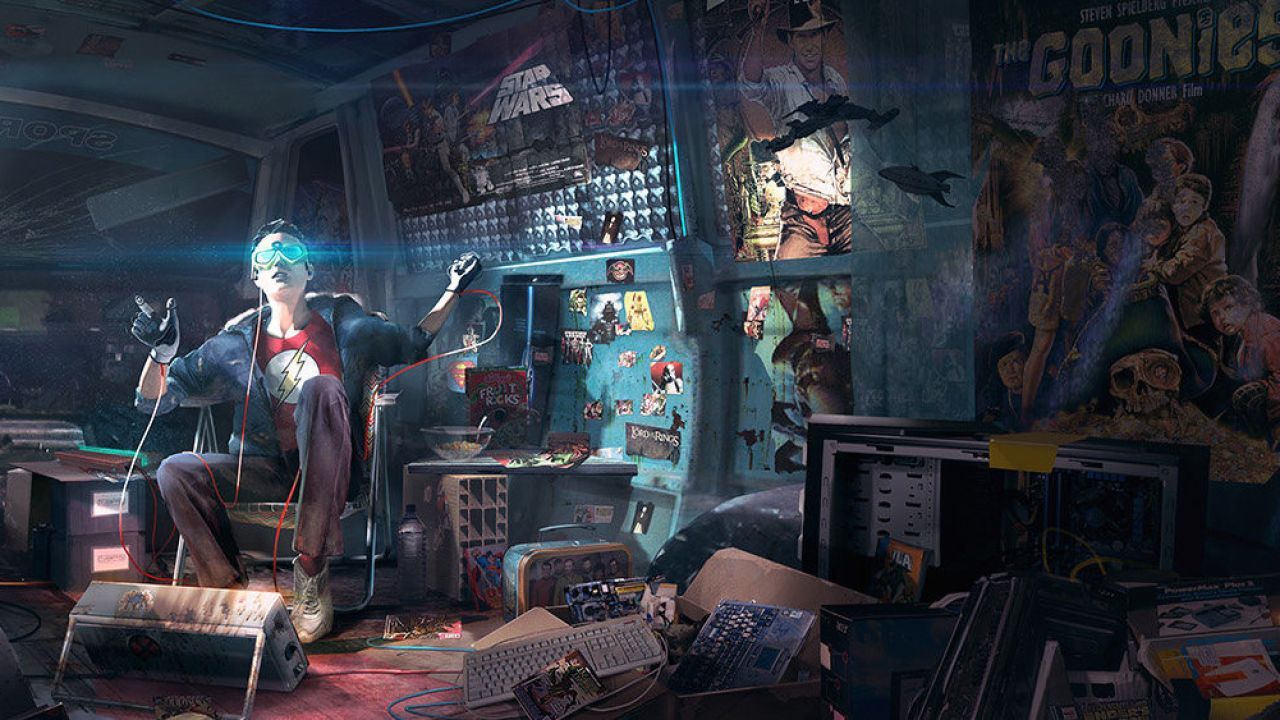 This is a story that is set in a dystopian future, but one that isn’t as immediately degraded like a Mad Max-style world. The dystopia is on the fringes of the story, in the same way that the people in the world have put reality to the fringes so they can just focus on the Oasis. So the Heinlen style advertisements don’t really bother them, but they’re almost constantly around.

“Loyalty Centers” don’t really rattle citizens, but it sticks with us as corporate sponsored and totally legal concentration camps. How IOI can just kidnap and enslave citizens due to debt they buy up. That ghettos are now skyscraper high trailer parks. Freedom in the Oasis is pervasive because everyone is a slave in reality. It’s all subtle work from Spielberg that shares some future tech similarities to “Minority Report.”

There’s an anger to the world building as he is clearly stating that all of this is not so unrealistic. And it allows us to rally forth with Wade and the High Five, as we want these characters we like to overcome their empty lives. It also makes their arcs of putting the world ahead of their needs ring even truer, as they see the world started to mirror the isolated sadness of James Halliday.

Spielberg is one of our finest visual filmmakers working today. Hell, let’s be real – he’s one of the best of all time. Maybe even the best. So there was no real worry about him being able to make this look worthwhile, despite the source material being just a mashup of other properties that Cline liked as a young man. And he does.

This doesn’t come off like some sad reprise of “Blade Runner” or “Mad Max” or some other stuff. It feels of its own. In the real world, it feels real. Then there’s the video gaming world that feels like a video game brought to life. There’s a purposeful decision to make these CGI characters feel less than real.

It’s not like “Avatar” trying to portray a reality. This is fake and it’s meant to look fake. It still looks great, but no one is really confusing this with their own world in those little moments of time they don’t have their headsets on. When they’re in environments that aren’t based off of past properties, it looks like a well-designed fantasy world in a great video game. The colors pop and it us just lush.

But what else sets this movie apart from other big-budget CGI spectacles is that no one is as precise as Spielberg is at utilizing his camera. He just knows where a camera needs to be to tell the story properly and the freedom that CGI allows him sets him free in a way that is invigorating.

That 12-minute “single take” chase in “Tintin” is proof of that, and the big battle at the end here is a great example as well. What could have been a mishmash of CGI mush instead becomes a clear and concise battle sequence filled to the brim with excellent action.

Spielberg also knows how to make the camera feel real, moving like someone is actually using a real camera. It’s a subtle thing, but it is one that marks big dividends. The movie still feels like a movie and not a over-caffeinated cartoon.

It’s what separates this from Peter Jackson’s empty calorie and over inflated Hobbit movies. Spielberg sees the freedom he is afforded and knows how to use it without falling into an uncanny valley.

6. Toning Down The Book

The book is bad. Like, really bad. Ernest Cline is a terrible writer of prose, a man working under the assumption that listing off 80’s nerd references in every line equals quality prose. But it doesn’t.

It’s obnoxious and just reminds you that you’re reading a book. Not to mention that every character sounds alike and are just all obnoxious gamer gate types. The book is really bad. But Spielberg saw a glimmer of a soul in this story and decided to wrangle it out of this gross, desiccated corpse. And he did so greatly.

The biggest thing he does is not shove pop culture down your throat. The references are there, but in the background and very rarely called up. It’s window dressing to build the world, not his own nerd bonafides like Cline.

He also differentiates the characters and makes them more human and not the nerd gatekeepers they are in the book. It helps us root for them. They streamline and change up everything to find something worth telling. Whereas the book was just fan fiction, 50 Shades for Nerds, the movie is a grand sci-fi adventure with a big heart and a big mind.