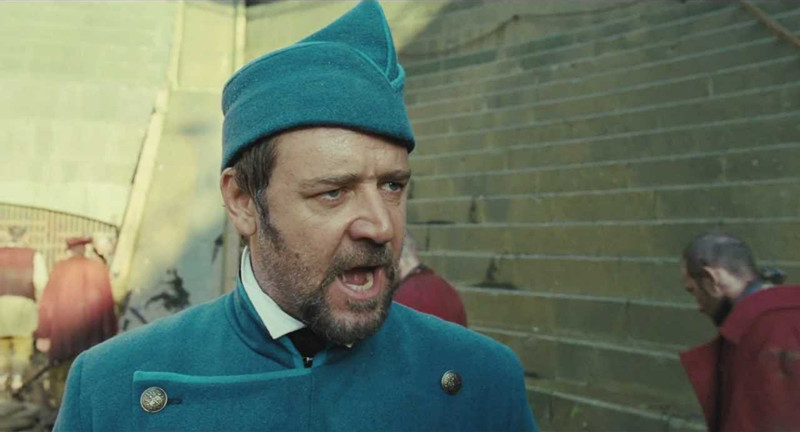 A film can have a great script, a director’s vision, and exceptional set design but still fall flat if the wrong people are involved. Casting decisions are the easiest and readiest example of failure for viewing audiences.

Famously, Mickey Rooney in Breakfast at Tiffany’s was such a travesty of casting that everyone involved apologised – an otherwise excellent movie marred with a nightmarish caricature of a Japanese landlord by Rooney shoehorned in out of nowhere.

From bad accents to listless performances, the ways in which an actor can fumble a role are varied – and sometimes it isn’t their own fault. Below are ten great films, or those with the potential for greatness, that were thrown off track by terrible casting decisions. 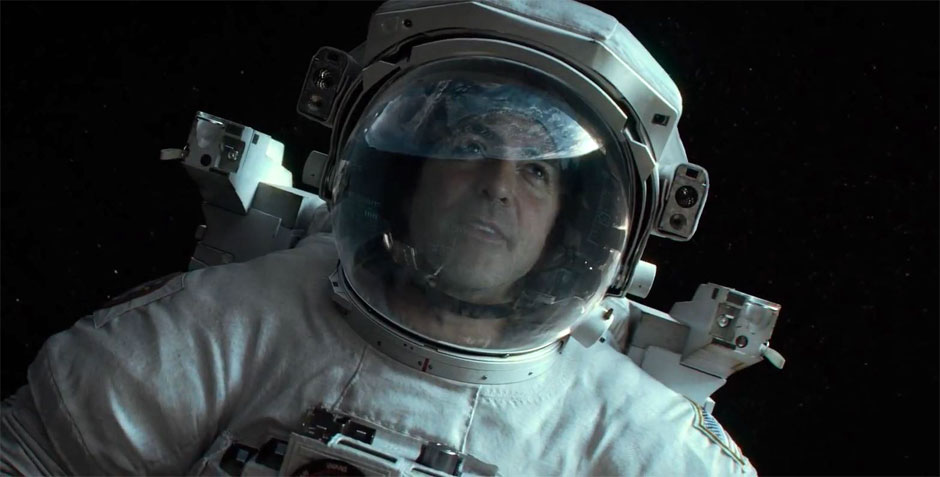 Sandra Bullock takes a rare understated approach and tries hard to play against type, delivering and selling her subtle performance as Dr. Ryan Stone. She carries the film well despite being alone during most of it, which is not an unfamiliar scenario seen in movies about space and the vastness thereof. Like other films in this genre, her isolation is broken by remote communication with Earth and occasional hallucinations.

For his part in this, George Clooney is playing George Clooney, under his pseudonym of Matt Kowalski. Clooney, this time an astronaut, immediately begins Clooneying around, delivering his lines with trademark smarminess and self-assurance. Typecast as various smug charmers with snappy one liners from different walks of life and intelligence levels, he gives one more to add to the heap. This time, in space.

Clooney does those roles well, best exemplified in his prolific work with the Coen Brothers. He can’t be faulted for it (maybe), but in Gravity it feels wildly out of place. Kowalski is too distinctively Clooney in a movie opposite Bullock, trying something far outside her usual roles.

Perhaps a different actor could have given at least a distinct sense of some depth to Kowalski, give the audience something to relate to, but it appears that this role was written with a very specific guy in mind.

In 2006, theatre-goers were still stoked with testosterone from Sin City and ready for more of Frank Miller’s brand of machismo. Director Zack Snyder, with trademark super slow motion, delivered us the expected bloodshed and elaborate visuals (maybe a little bit more homoerotic than intended).

The film hasn’t aged graciously, at the time drawing ire for its portrayal of the Persian people and empire. Whatever the hell Rodrigo Santoro is doing as Xerxes, he does well enough in character. The retelling stays faithful to Frank Miller’s source material, and all that implies.

Besides hairless, scantily clad Spartans, 300 gives us stylish battle sequences and lots of shouting. Entertainment value depends on the viewer, but the visuals and scenery-chewing performances dished out by everyone involved is worth something.

Not among that company is David Wenham as Dilios. His performances are generally good – he can bring personality to even his superficial roles, and has a versatile record to prove it. None of that talent made it into 300 with impact. Dilios acts as narrator for the film, bringing an unfortunately nasally voice with forced manly gravel that audiences better get used to. Dilios is a vessel for this narrator plot device, relaying the story from the start of King Leonidas’ life.

Leonidas has become a pop culture icon of sorts, Xerxes is a memorable if not sensitively-written villain, and Lena Headey manages to stand out as Gorgo among the intensity of her co-stars with grace.

Wenham’s Dilios falls between the cracks and is often a forgotten character, played as the flat plot device he is. He speaks with the same volume as his co-stars but doesn’t manage to sell it – even in a movie thick with Zack Snyder theatre, Wenham is the one most obviously acting. He isn’t action hero material, and it feels like he knows it. 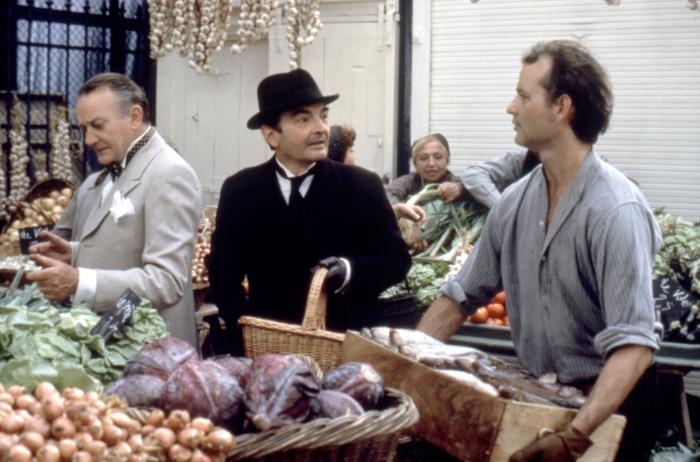 The Razor’s Edge was a flop, but may not have been given fair shake in the context at the times. Adapted from W. Somerset Maugham’s 1944 novel, the screenplay was written by Bill Murray and director John Byrum, a project in part intended to move Murray outside of the narrow box of comedy and character acting.

Critics and audiences couldn’t take him seriously as a straight man, and though Murray now has proven himself capable in these roles since 1981, he hadn’t quite figured out where to make that divide here.

It’s difficult to lay the blame of bad casting just on his performance when the screenplay was written partly by him, with himself as lead in mind. His performance is lacking, but the effort is genuine and earnest.

The story follows Larry Darrel, a pilot deeply traumatised in World War I – if audiences weren’t prepared to see Murray really step up as a serious actor, they definitely weren’t prepared for it to be a period piece. Larry Darrel travels both Europe and India as he seeks healing and redemption, rejecting materialism and all its trappings in favour of Eastern spirituality and philosophy.

A character that could well have been played by Murray, if he wasn’t still mugging occasionally for the camera and affecting his aw-shucks demeanour in a film that doesn’t call for it. His hair isn’t sticking out and he doesn’t have a cigarette at a jaunty angle, but there’s still the unmistakable Murray flavour.

Making no bones about its intent and advertised as ‘a role like nothing he’s ever done before’, Bill instead ends up delivering a morose performance that holds just enough familiarity to distract. He tried, and the movie bombed harder than it should, largely because of the expectations Murray tried to thwart.

For his first big departure, something a little less dramatic in shift would have been better received. The Razor’s Edge deserves attention for what it tries to do, in a story told well enough, but in need of a different helmsman.

Privilege is a little-known film starring Paul Jones of Manfred Mann (among other things – Jones is a prolific musician), suitably cast as Steven Shorter – a disillusioned pop singer steered through his career by his malevolent manager and a host of other malignant corporate entities. The movie is about as subtle as a sledgehammer, with Steven’s show opening with him captive and handcuffed, then promptly beaten down by uniformed officials.

The movie is presented in documentary format, explaining how the British government has utilized pop music to keep the population distracted from political concerns. Under constant surveillance, Shorter’s name is slapped on every product and service imaginable, while he remains powerless over his own empire.

On paper, Privilege sounds promising – 60’s sci-fi with political overtones and the beautiful Jean Shrimpton – but was stopped dead in its tracks early on by Paul Jones himself. Attempting to affect arrogance, distance and ego, he instead ends up playing Shorter as snivelling and insecure, despite what any script may be trying to tell him.

Shrimpton, as portrait artist Vanessa Ritchie, isn’t acting her heart out either – but she delivers a marginally better performance just by virtue of being compared to Jones. He limps through the movie when his musical ability isn’t on display, unfortunately confirming very early on which of those two talents got him cast. It’s not always a disaster when musicians end up in film roles, but Jones makes sure he takes this ship down with him. 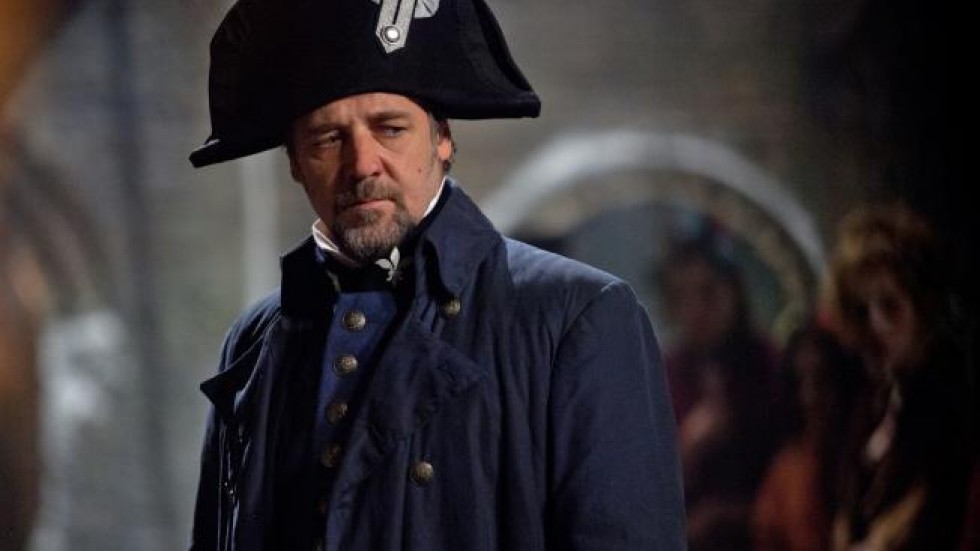 Russell Crowe has had a musical career of sorts (Russ le Roq, anyone?), but was still a surprise addition as Javert – a role which requires not just singing, but appropriately emotional singing. Emotions have not and never will be Crowe’s biggest selling point as an actor, glumly trying to keep up with his co-stars devouring the scenery.

Crowe frowns his way through much of Les Mis, culminating in an underwhelming suicide song-and-dance that falls flat of any emotional impact. After Anne Hathaway sings herself to death, and with the people of France boiling over with passion, Javert should be a character and a metaphor with real presence. Crowe instead sort-of-sings and glooms his way through, until he dies and is promptly forgotten.