Even if you didn’t know before seeing this film that it is actually a film, and you instead expected an art-piece or some kind of an installation, it’s still almost like the direct mention of one thing that it is not (a film) would give you a hint that there might be a use of irony.

And so it is irony that Iranian filmmaker Jafar Panahi and co-director Mojtaba Mirtahmasb use for their documentary when they say it isn’t a film. However, claiming that something isn’t what it exactly is isn’t necessarily very brilliant, but in this case, because of the subject of the film, the irony of the title works quite well.

The film follows Panahi, a man who had been given a ban from filmmaking by the Iranian government. He decides to break this ban by filming his own life, which concludes in the film even having to be smuggled out of the country to be shown internationally.

It’s paradoxical in that the title, therefore it’s both ironic in its direct frustration with the government and its ban, as well as ironic in the confusion some of its audience would have experienced when they discovered that it is indeed a film.

With resemblances to “La Dolce Vita” in both title and themes, Paolo Sorrentino tells the story of 65-year-old Jep Gambardella who, in his older age, has come to look back at his prior lavish lifestyle in a fast and decadent Rome.

Similarly to Fellini, Sorrentino also dives into the emptiness that can come with a certain ‘beautiful’ and ‘sweet’ life, but while a young man in “La Dolce Vita” seem to go nowhere, there’s a certain hope and revelation for the older man in “La Grande Bellezza.”

The irony of the title is more of something that we as an audience share with Jep; or, at least, the agreement that so-called ‘great beauty’ is ambivalent, rather than something we with our analysis force down upon him. For even if he still sees fragments of beauty in the life he has led, the certainty and power of the title is definitely ironic.

As it has been emphasized through many of the previous entries on this list, many of the filmmakers tend to use optimistic words such as ‘sweet’ (“La Dolce Vita”) and ‘funny’ (“Funny Games”) when tackling themes that are quite the opposite.

In a similar fashion, “American Beauty” by Sam Mendes doesn’t exactly glorify the beauty of the United States. It does, however, use the word beauty not as a stark and absolute contrast to its characters and their lives, but instead as something ambivalent and unexpected.

The irony lies in the viewer’s and the character’s expectations of what ‘American beauty’ is, and the revelation when it is discovered in new places. Instead of perfectly red roses, a masculine father, and an successful career, beauty could instead be found in a plastic bag in the wind, a man who leaves all pretence of caring and finds an alternative search for the ‘American dream,’ or even in a self-assured and beautiful teenage girl’s breakdown.

Of course, Lester does die by the end, and the beauty of what he tried to do was cut short by a man who couldn’t allow himself to let go of certain ideals, which of course once again emphasizes the irony of the title. 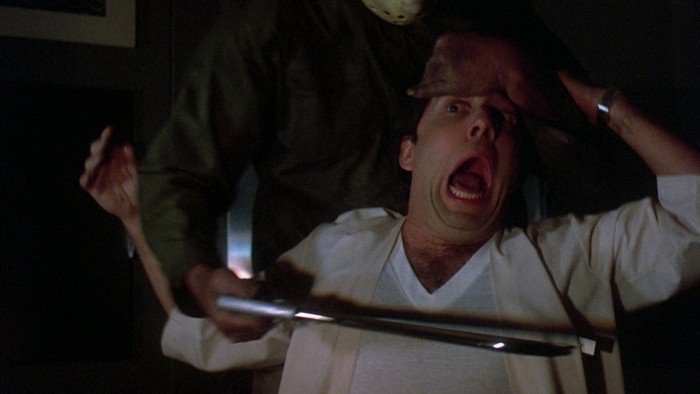 When going through the list, this entry is maybe the one that sticks out the most, since it doesn’t seem to have been deliberately ironic as the other film titles have. It could be a marketing ploy from the get-go to try and sell more tickets, or maybe the creators of the franchise actually originally meant this film to be the last in the Friday the 13th series, but in the end, many more sequels were to come (even just as ironic: “The Final Friday”).

Of course, this isn’t in the least the only film of the horror-slasher genre to have a title that suggests the series finality, and it seems that when the audience demands yet another one and money comes into play, an ironic title maybe isn’t the worst thing that could happen.

For the final entry on this list, we once again land on a title that uses a very optimistic word for a very sombre and uncomfortable film. Beyond films that already are mentioned on the list, a recent film like “Good Times” (2017) is also a good example of this, as it also explores dark themes with a light title.

But Todd Solondz takes it further, for beyond using the title for something that each character in the film doesn’t find, “Happiness” does try to explore their individual search for it; the contrast between the title and the film’s black social satire content is furthermore underlined in the uncomfortable ways the character’s attempt to find happiness, and the question has to be asked: is the happiness they search for even something we as an audience would like for them to reach?

It feels too demented, and the title is thereby not necessarily ironic because it doesn’t feature any happiness – much like the way “American Beauty” does feature beauty – but because it isn’t the happiness we expected it to be. In this way, the poster for the film is also great in its ironic use of bright colours and animation, because it feels so very wrong when you’ve actually seen the film.

124
SHARES
FacebookTwitterSubscribe
Subscribe via Email or RSS Feed
Pages: 1 2
Comments (4)
Movies With The Most Ironic Titles