Ever since it was first officially introduced in 1955, the Palme D’or at the Cannes Film Festival has remained one of the most prestigious awards in all of film. Unlike the Academy Awards or the Golden Globes, the awards at the Cannes Film Festival are judged by a jury selected by an appointed president. This jury is responsible for viewing a collection of films selected for competition that year, and, at the end of the festival, they crown a winner.

Most of the time, the jury awards a film that is widely agreed upon to be one of the most outstanding nominees in competition that year, but, like every film award, there have been some head-scratching decisions.

As a disclaimer, the films on this list are not necessarily bad, they simply did not deserve to win. The main criteria for this list was based on the quality of the other films in competition the same year, the memorability (or lack thereof) of the win, and, of course, the quality of the actual films themselves. So, in chronological order, here are ten Palme D’or winners that should not have won. 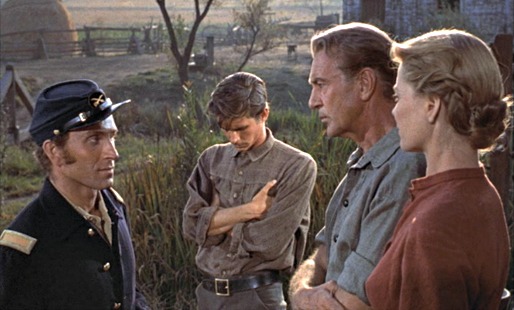 The 1957 Cannes Film Festival was chock full of groundbreaking films from many of the world’s most celebrated directors. Ingmar Bergman’s The Seventh Seal, Robert Bresson’s A Man Escaped, and Federico Fellini’s Nights of Cabiria were among some of the films in competition that year.

Friendly Persuasion follows a Quaker family in Indiana during the Civil War who struggle to decide whether or not they should abandon their pacifistic ways and join the fight. While there is nothing grossly wrong with Friendly Persuasion, it pales in comparison to many of the other nominations that year.

The aforementioned films by Bergman and Bresson (both of whom never received Cannes’ top prize) still remain to be a large part of film culture over 60 years later, while Friendly Persuasion is a largely forgotten war film that, without a doubt, did not deserve to win. 1957 was such a great year to award such a mediocre film.

What Should Have Won: The Seventh Seal, A Man Escaped, or Nights of Cabiria are three outstanding films, and any of them should have taken home the prize. 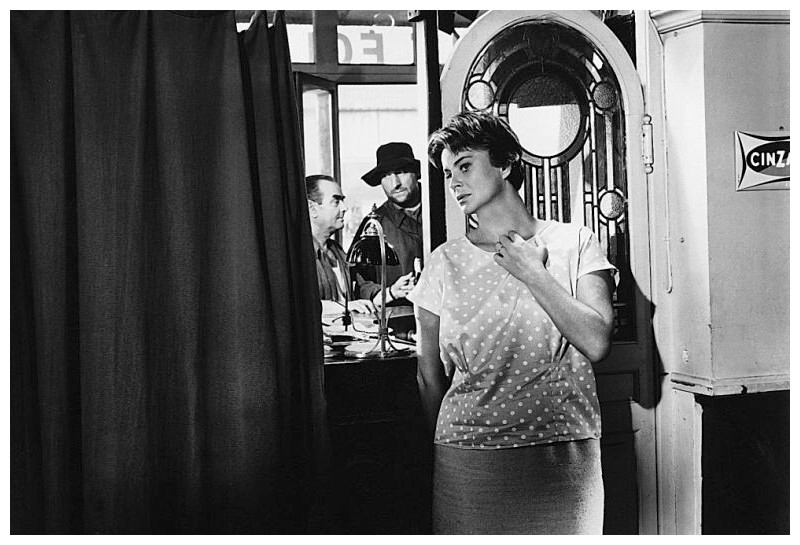 Henri Colpi’s The Long Absence is an ironically forgettable film about a woman who believes an amnesiac is her husband. The film shouldn’t have won the Palme D’or any year, but especially not in 1961. The 1961 Cannes Film Festival saw the first ever tie for the grand prize. Henri Colpi split the award with Luis Buñuel’s Viridiana, a film that many believe to be the Spanish director’s greatest work. The biggest problem with the tie is the severe difference in quality between the two winners.

When there is a tie for the Palme D’or, it should feel justified, but this was just baffling. Viridiana was leagues above any other film in competition that year, especially The Long Absence, and stating that the two are equal is almost insulting to Buñuel’s classic. Most of the reason why The Long Absence has become almost completely forgotten is because of its now permanent connection to the much more well-known Viridiana, and it will forever live in Buñuel’s shadow.

What Should Have Won: Viridiana was the one and only rightful winner of the Palme D’or, and should have gotten the prize alone. 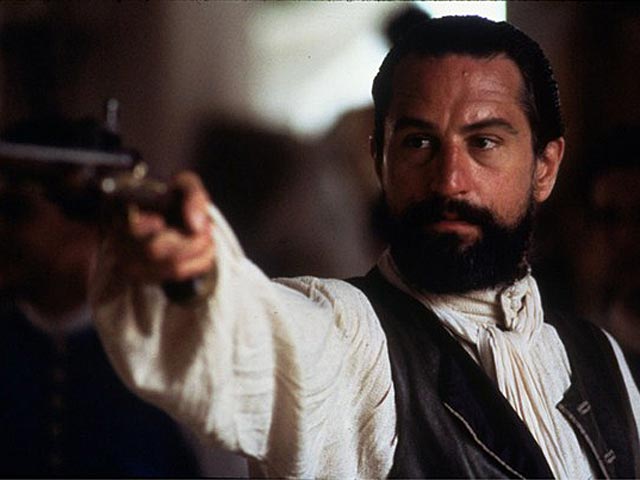 Like many films on this list, there is nothing inherently wrong with The Mission. Both Robert De Niro and Jeremy Irons give great performances, and the film is heavily elevated by its excellent cinematography and score from Ennio Morricone.

Despite this, The Mission is extremely bland. It does not offer a unique or interesting commentary on any of the events it portrays, and the beauty of the film is not backed up by any substance. These mediocre films are arguably the worst kinds of Palme D’or winners. What is possibly the most prestigious award in all of film should be reserved for the extraordinary and outstanding; The Mission, like most of the films on this list, is neither.

Adding insult to injury, 1986 was a particularly strong year at Cannes, and the festival featured work from a wide variety of directors, many of whom deserved a win. Filmmakers such as Andrei Tarkovsky, Jim Jarmusch, and Martin Scorsese all had films in competition that deserved the award more than Roland Joffé’s dull epic.

What Should Have Won: Either Tarkovsky’s beautifully poetic The Sacrifice or Jim Jarmusch’s minimalistic masterpiece Down by Law would have superior winners.

David Lynch is one of the greatest and most important filmmakers of the past 50 years, and he deserves to win the Palme D’or more than almost anyone else, just not for this film. Wild at Heart is a disastrously incoherent film. This is not because of an abstract plot (it is actually one of the more linear Lynch films) but because of its incredible inconsistency.

Lynch couldn’t decide whether he wanted to make a contemporary love story or a surrealist crime film, so he just slams the two together. Characters are introduced, killed off, and forgotten about like someone’s keeping score, and the film throws in one too many Wizard of Oz references that make the audience feel beaten over the head with symbolism. The best that can be said about Wild at Heart, unlike many of the other films on this list, is that it certainly isn’t bland.

Wild at Heart was one of Cannes’ strangest choices for the Palme D’or, and it sticks out like a sore thumb when compared to many other winners. Its win could be blamed on the not so exceptional line-up in 1990, but there were plenty of better films to choose from. What makes matters worse is that the success of one of Lynch’s inferior films most likely harmed his chances years later with his magnum opus: Mulholland Dr. (trust me, we’ll get to that).

What Should Have Won: Zhang Yimou’s Ju Dou was the stand out of that year, and it would have been a much better choice. 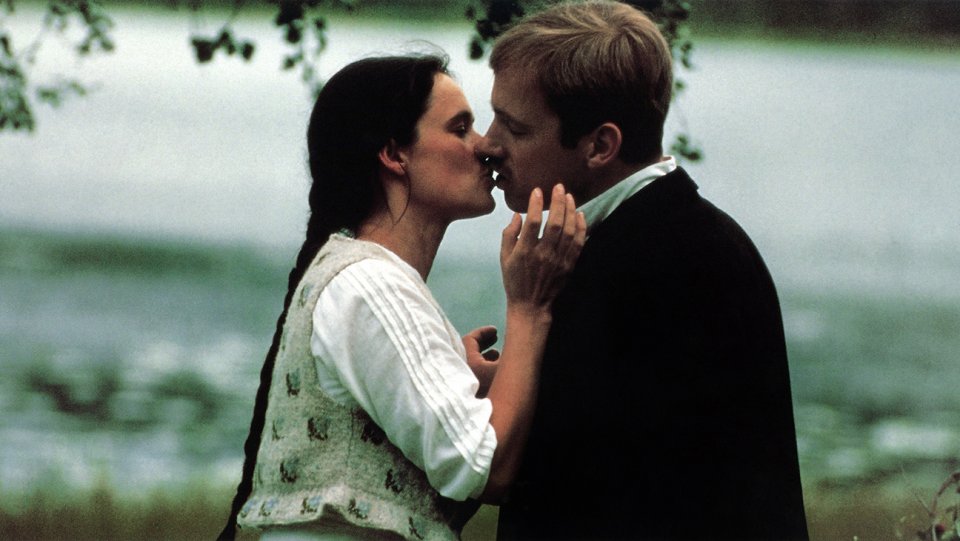 Possibly the most dull and forgettable film on this list, The Best Intentions seems to have only received attention through its connection to Ingmar Bergman, who wrote the film about his own parents. Bergman’s script quickly loses steam less than halfway through, and the film does nothing to justify its nearly three hour runtime (over five hours if you watch the television version).

1992 itself was not a particularly interesting year at Cannes anyways, which somewhat explains the crowning of such an uninteresting film, but there were still plenty of worthier nominees. Terence Davies’ The Long Day Closes or Robert Altman’s The Player would have made for fine winners of the festival’s top prize. Even Quentin Tarantino’s Reservoir Dogs, which played at the festival out of competition, was much better fit for the award. Despite the lack of a stand out film, The Best Intentions was arguably the least deserving of the Palme D’or that year.

What Should Have Won: Anything else.

438
SHARES
FacebookTwitterSubscribe
Subscribe via Email or RSS Feed
Pages: 1 2
Comments (19)
Movies That Should Not Have Won The Palme d'Or