For various reasons, movies don’t always get the attention they deserve. Whether they bomb at the box office or underperform critically, not every movie is destined to be a classic. In some cases, a miracle happens. People decide that the critics were wrong all along or people finally get around to watching that movie everybody missed when it first came out. Without small but dedicated fan bases, movies like Donnie Darko, Eraserhead, and Super Troopers would fade into obscurity.

With that in mind, this list is going to look at ten movies that have the potential to become cult classics. For some reason, the movies listed all lack the mainstream appeal to push them into future classic territory. However, they have potential to become cult classics for various reasons. Whether it’s due to their quirky nature or intellectual maturity, these movies all show signs that they can (and hopefully will) earn a dedicated audience.

Colossal misses the mark in terms of accurate marketing. It’s not a monster movie but rather an oddly melancholy look at alcoholism and mental illness. It instead chooses to use the “colossal” monster as some type of allegory. Some folks will love it while others will immediately want their money back. Including a giant movie monster in a movie generally means that large-scale brawls are going to happen. Colossal takes a decidedly different approach. Does it work? Absolutely. Is everyone going to love it? Not a chance.

Aside from the incredibly strong cast, Colossal works precisely because it puts the monster in the background. This isn’t a monster movie as much as it is a drama that happens to have giant kaiju monsters in it. The concept is already pretty strange. Anne Hathaway controls a giant monster from a different country without even knowing how. The way it’s approached is even weirder. It’s more about her relationship with other people and herself rather than her hilarious predicament. It’s freaking brilliant, but it’s even stranger than most people could’ve imagined. 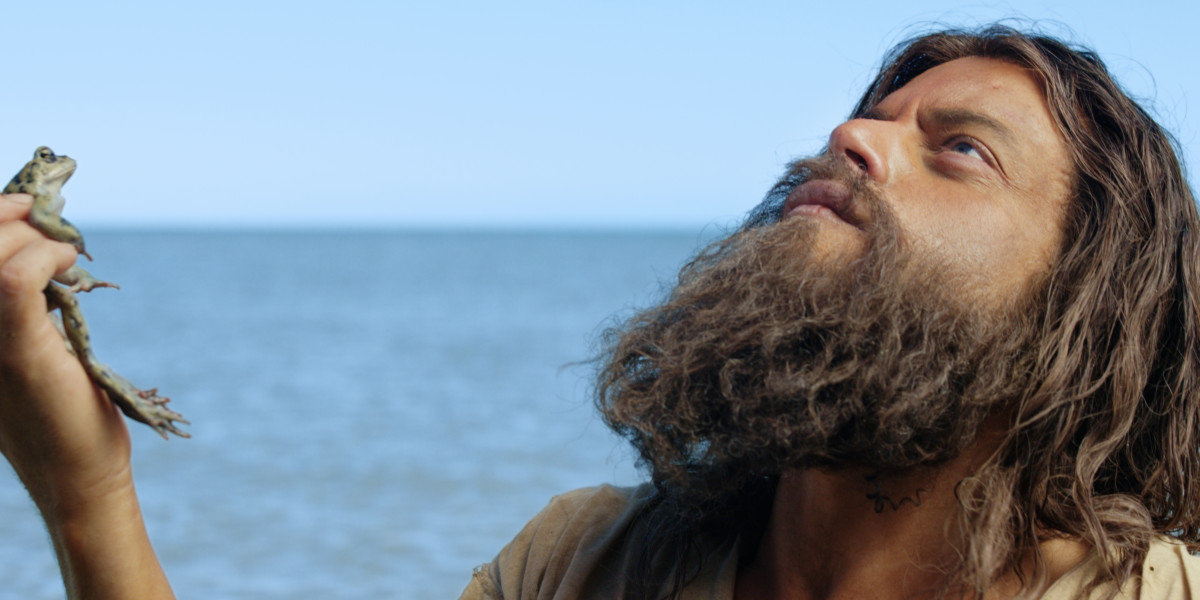 Wikipedia describes Buster’s Mal Heart as a “surreal mystery film,” and that couldn’t be more accurate. Calling this movie surreal is an understatement. It’s both stylistically and narratively weird as hell. The visuals immediately hook you, but it’s the thought-provoking ideas and Rami Malek’s phenomenal performance that keep you watching. If you can handle the film’s confident surrealism, you’ll be properly rewarded.

A good chunk of these films are present on this list because they’re too strange for mainstream audiences. Buster’s Mal Heart is no exception. In fact, it’s one of the oddest movies on the list. This is because every single aspect of the movie is downright strange. From the visuals to the structure, this is a movie that tries to outweird itself at every turn. Lucky for everyone involved, it mostly succeeds. The big ideas sometimes get buried beneath the quirkiness, but all in all this is a movie that’s different for all the right reasons.

Dave Made a Maze was practically designed to be a cult classic. The premise, which revolves around a man getting lost in an elaborate cardboard labyrinth, is the kind of quirky setup that’s just brilliant enough to work. It’s also the kind of quirky setup that’s too surreal for the average viewer. The inclusion of eccentric comedian Nick Thune as the lead only further proves that this movie is tailor-made for the hipster crowd.

For the most part, it’s just crazy enough to work. Admittedly, Dave Made a Maze would probably be more effective as a short film. It nearly wears out its thin premise several times throughout the fairly short runtime. Luckily, there are just enough solid jokes to make the journey worth it. The dialog is what makes the movie so watchable because the plot unfortunately leaves a lot to be desired. The good news is that the dialog is so entertaining that it’s fairly easy to forgive the overly simplistic plot. Sure, the movie can be a little simplistic, but it’s always fun.

David Lowery’s supernatural drama filmed on a shoestring budget is deceptively simple. The minimalist approach to storytelling is bound to puzzle certain viewers. After all, the film’s title certainly doesn’t paint it as a meditation on loss. It’s no wonder certain people were left confused by the time the credits rolled. That being said, those who had the patience to embrace something a little different were rewarded with one of the most inventive movies of the year.

A Ghost Story is a cinephile’s film through-and-through. The movie throws numerous thought-provoking themes into one small package in an attempt to leave a strong lasting impression on viewers. It’s not entertaining in the traditional sense, but it’s definitely rewarding for people who don’t immediately dismiss it as boring or pretentious. Let it be perfectly clear that it’s not either of those things. The big ideas presented are legitimately intelligent. More importantly, they leave viewers with just as many questions as answers.

As always, Mara and Affleck are top-notch, but they’re not the reason to stick around. A Ghost Story works because it has so much to say. It doesn’t explicitly flash its message in big bold letters, and that’s why it works so well. The film succeeds because of its subtle approach to topics like loss and love. It’s not for everyone, but that doesn’t mean it’s not brilliant.

6. The Killing of a Sacred Deer

It’s hard to find a filmmaker as eccentric as Yorgos Lanthimos, who essentially creates films with the purpose of creating cult classics. The Lobster and Dogtooth are so gleefully out-of-the-ordinary that mainstream filmgoers wisely avoided watching them. The more blockbuster-focused movie-lovers that did get a taste of his unusual movies often found them to be too idiosyncratic to be remotely enjoyable.

The Killing of a Sacred Deer is no exception. Fortunately for fans of Lanthimos, the quirky director has yet to sell out in an attempt to appeal to the masses. Though the trailer may paint it as a by-the-numbers horror movie about a surgeon, The Killing of a Sacred Deer is actually far from your average movie. It’s hard to talk about the movie without giving away too much, especially since this is far more enjoyable for people who choose to go in blind. With that in mind, audiences should only go in knowing that everything happens for a reason. If the dialogue ever seems pointless, it clears itself up shortly after.

The Killing of a Sacred Deer, like everything Lanthimos touches, is incapable of appealing to to everyone. Lanthimos has an audience in mind, and he chooses to make a film specifically for that audience. The target audience will fall in love with the unusual performances, over-the-top violence, and wild plot twists. Others will likely leave the movie scratching their heads. Still, this is a profound movie for those willing to embrace all the nonsense.