Franchises are a way of life in cinema. They’ve been around since the earliest days of cinema, but they’ve become more important to studios since “Star Wars” was birthed in the 70s. The usual thinking with franchises is that the first movie is usually the best and there is a case of diminishing returns as they go on. But these days, that doesn’t really seem to be the case.

Sci-fi franchises seem to go the opposite way, as do comic book movies. It seems the more elaborate a world you build, the easier it is to deliver a better movie when introductions are no longer required. But there’s still plenty of properties that prove this idea. Usually it’s action movies or horror flicks.

Movies predicated on freshness. Stories that rely on the norms being thrown out the window and people being plunged into outlandish situations. And the more you try to recreate that narrative, the less effective it becomes. While we’re in a slow period with franchise releases, it seems like a solid enough time to discuss some of the franchises that peaked in their first outing.

The original is one of the best movies ever. It’s a sci-fi classic that has reverberated throughout pop culture since its arrival landed like an atomic bomb. The question was, how do you make more? What else can possibly be done? Well, somehow these maniacs figured it out. There are nine movies in this franchise at this point and only one of them is bad. And not only bad, but beyond worthless.

The remake of the original by Tim Burton is just a classic case of bad news. What’s crazy is that it came after four sequels that all kinda rule on varying levels. They take the angry, socially conscious sci-fi of the original and keep going. They never watered down the anger, either, or the gut punch endings.

Part 2  ends with the entire planet getting annihilated. Part 3 is a time-traveling comedy that ends with a family getting slaughtered. Part 4 is a revolution movie that takes cues from the Watts riots and shows how the privileged keep the have-nots in positions of servitude and how those have-nots can snatch power back. Part 5 is a war movie that just shows the futility of war.

Leave it to Tim Burton to just fumble everything and make a movie that doesn’t understand what it’s trying to say and accidentally says some problematic stuff. But thankfully it caused the studio to rethink everything and go backwards and show how the ape Moses came to power with one of the best trilogies of all time, filled with emotional power that shows the best case scenario with blockbusters.

The first being an emotional journey of Caesar’s birth to his rise to ape leadership, showing the brutality of humanity. The second is a powerful war movie that pits ape against ape as humanity tries to take power back, leaving a power vacuum in the world. And the final is a quiet, contemplative piece that shows the weight of violence and the true cost of leadership.

Arguments can be made for the second and third part of this series being the best of the best. But let’s be real. Nothing will ever top the original for sheer power and originality.

“Raiders of The Lost Ark” is a masterpiece. Spielberg was coming off a bit of a drubbing and wanted to prove he can make a movie without going over budget and over schedule. After being rebuked when he offered up his services to make a Bond movie (eternal LOL at EON for that), he teamed up with George Lucas to make their own version of Bond that recalled old serials of their youths. What came to be was Indiana Jones and one of Spielberg’s best movies, which immediately puts it in the running for one of the best ever.

Now, this made it pretty easy to imagine sequels. More adventures is not a bad idea, since its genius is tied into Bond and old serials, two ideas fueled by further adventures. And thus far, despite some internet tomfoolery, not a single Indy adventure has been worthless.

“Temple of Doom” is a weird, misshapen mess that still contains some next level work. “Last Crusade” is a great return to form that brings in Spielberg’s Daddy issues with some amazing meta casting with Sean Connery coming in to play Indy’s father in a quest for the Holy Grail.

Many years later, the team returned for “Crystal Skull.” It’s got its issues, much like “Temple of Doom,” but it still contains many amazing elements. None have managed to capture that perfect lightning in a bottle feel of the original, but nothing will. He changed adventure cinema forever with that one, and there’s only chasing that original. But there’s no shame with getting more adventures with our favorite grave robber. Especially with Lucas out of the fold.

Wes Craven delivered three game-changing horror movies in his 40-year career. In every decade for 30 years, he delivered something that moved forward the ideas of what horror can be. His second of those was the nightmare-fueled slasher that introduced the world to the razor-clawed pedophile always quick with a quip, Freddy Krueger. It was an instant smash and became an immediate franchise. But it’s a franchise with not many worthy entries.

Only parts 3, 7, and 8 are honestly worth a damn. Which kind of makes sense that it’s not full to the brim with winners, as the entire premise isn’t ripe for many adventures. But the idea of a killer that utilizes your dreams against you is kind of ripe for a smart filmmaker to play around with.

But sadly, not many have been given the keys to kingdom. Two of the worthwhile entries are from Wes. One is a Chuck Russell/Frank Darabont miracle and the other is a fan film writ large that somehow works. But for the most part, the series has kind of been more embarrassments than not.

Hopefully the studio can realize what they’ve got with this property and allow some hot young upstart to do what they please with it, and not some half-cooked rehash of franchise highs like the remake. It’s doubtful that we can see another entry that manages to top the original, but we can maybe see a sequel that feels of a piece with the original. It’s been a while since “New Nightmare.”

How do you follow up a movie that changed the world? A sequel is already a rocky proposition, but it becomes even more precarious when you have to handle the expectation set by an immediately iconic movie. A movie that shifts perceptions of what a movie can be.

That’s what hung heavy over “Halloween 2,” as it had the problem of having to follow up a movie that changed horror cinema forever. That essentially created the slasher movie. Making a sequel to that landmark movie in the midst of the slasher boom it created turned the sequel into a weird hybrid of cheap cash in on a craze that was started by the movie it’s following.

It obviously couldn’t live up to the hype set by that original, but it did well enough for itself. People enjoyed it. Even if John Carpenter really didn’t want them to make it, writing it during a drinking bender that caused the sibling connection. This was still at a time when neverending sequels where the killer keeps coming back from the dead was the norm.

So Halloween took a hard left turn for Part 3, trying to turn the series into a seasonal anthology. A series that wouldn’t be focused on Michael Myers. But this hard left turn into celtic nonsense was really not well received at the time, so it took a few years until they just decided to resurrect Mikey boy for some more October-based massacres with dwindling returns, even if they have their fans (hi).

This series begged the question from the second part 2 started: how do you continue the adventures of a masked killer that is an eternal blank, a nothing of a man that is the personification of death itself? Making him a family-based serial killer didn’t quite work, despite it sticking in the mythology a lot longer than anyone really could have expected.

Shifting into anthology seemed like the right idea, even if it took a few decades for people to come around to “Season of the Witch.” Rob Zombie, for all the crap he takes for his entries, at least tried to tackle the idea of Michael as a man and his murderous connection to his family. Come October, David Gordon Green and Danny McBride are set to tackle this question. Can they make Michael interesting after his initial outing? What is left in the engine?

Michael’s 1978 slaughter was always an exercise in simple pleasures. Maybe DGG and McBride know all this. Doubtful it’ll top the original, but maybe by ignoring everything else and just using that original movie, they can honor it and tap into something that makes it worthwhile. 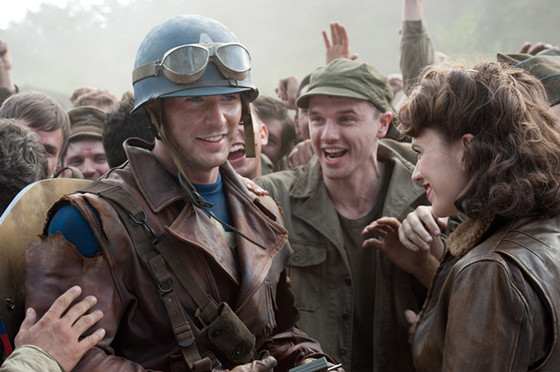 Captain America is responsible for the most well-respected series in the entire MCU. Maybe “Guardians” tops it, but its candy-coated sci-fi narratives don’t garner the type of hyperbolic fanboying that Cap’s current socio-political storytelling does. Which is especially surprising, since the first Cap movie wasn’t very warmly received at its time of release. But with each new Cap film helmed by the Russos set in modern times, dealing with Cap’s disillusionment with the government and his latent homosexual tendencies for horrifically boring men, people kept flipping for them.

But here’s the thing. The Cap sequels aren’t very good. They have their moments and entertain for the most part. But there is such a hole at the center of all these movies. The narratives are too convoluted and too rickety to hang these movies on, making it all feel wrong. There’s a false sense of weight to them.

The stakes aren’t earned. And a big deal of that is due to Bucky. Bucky is the worst thing to happen to the MCU, and this is a series that has a forgotten Hulk movie and the first “Thor.” He’s bland and boring and not a character. No time has been spent on him to garner such affection.

Thanks to him, half the MCU got snapped out of existence. Why? Because Cap loves him. Why? Because they kind of spend half the time on Cap being a man out of time and how they’re kindred spirits and good friends. It’s no good. It makes one miss the simplicity of the first Cap movie.

Cap is a hero because he’s a hero. There’s just an innate decency to him that makes him the perfect candidate to be a super soldier. All he wants to do is fight bullies. The sequels ruin that. He becomes a big, selfish baby that puts others at risk and ruins the entire world so he can have a friend.

It’s a case of overthinking it. Cap needs to go back to simple heroism. Doubtful it’ll happen since Chris Evans probably isn’t going to be doing more solo adventures. Shame his solo series will have ended on the worst of the bunch.