The last eight years have been filled with lots of great horror movies, to the point where we might say that the 2010s are one of the best – if not the greatest – decades for horror movies.

James Wan gave us “Insidious” and “The Conjuring.” A24 produced “The VVitch” and this year’s “Hereditary.” “Get Out” won an Academy Award for Best Original Screenplay. Stephen King adaptations started to get better again with “It: Chapter One” and “Gerald’s Game.” Need more evidence? How about “The Babadook,” “The Cabin in the Woods,” “It Follows” or “Sinister”?

These are all titles of movies that, if you’re a horror enthusiast, you’ve most likely already seen. However, the 2010s gave us so many other great horror films that didn’t receive as much attention as they deserved. Here are 10 lesser-known horror films from the last eight years that you should definitely give a chance. 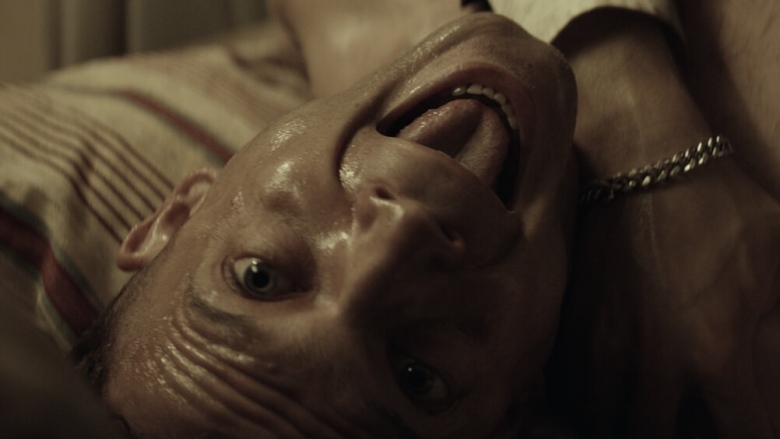 This Polish horror-comedy really stands out in the ‘possession films’ category.

“Demon” was directed by Marcin Wrona, and it was unfortunately his first and last film, as he committed suicide in late 2015. The film’s protagonist is Piotr, a young Polish man who has been living and working in England for a long time, and who has returned to Poland for his wedding to Zaneta, a girl he met on the internet. After he finds a skeleton buried in the yard of her fiance’s country house, strange things happen and he starts to act like he’s been possessed.

“Demon” is a movie like you’ve never seen before. The blending of the Polish culture and Jewish folklore elements with the possession trope plus the unusual setting of the film – when was the last time you’ve seen a possession movie set at a wedding in rural Poland? – give “Demon” a different vibe, and make it a must-watch for every film enthusiast.

Situated somewhere between horror, sci-fi, and drama, this art film is one of the best French productions of the last few years and is also a pretty strange one. The entire movie happens on a small coastal settlement on a remote French island (actually, the film was shot on the Spanish island Lanzarote), where a community of women are raising their boys and putting them through a series of strange medical procedures.

We are not going to say more about the film’s plot – even if we would, we’re not sure you’d understand anything – but we’ll just say that “Evolution” is a disquieting and surreal experience, the kind of film that leaves a lot of things open for interpretation. 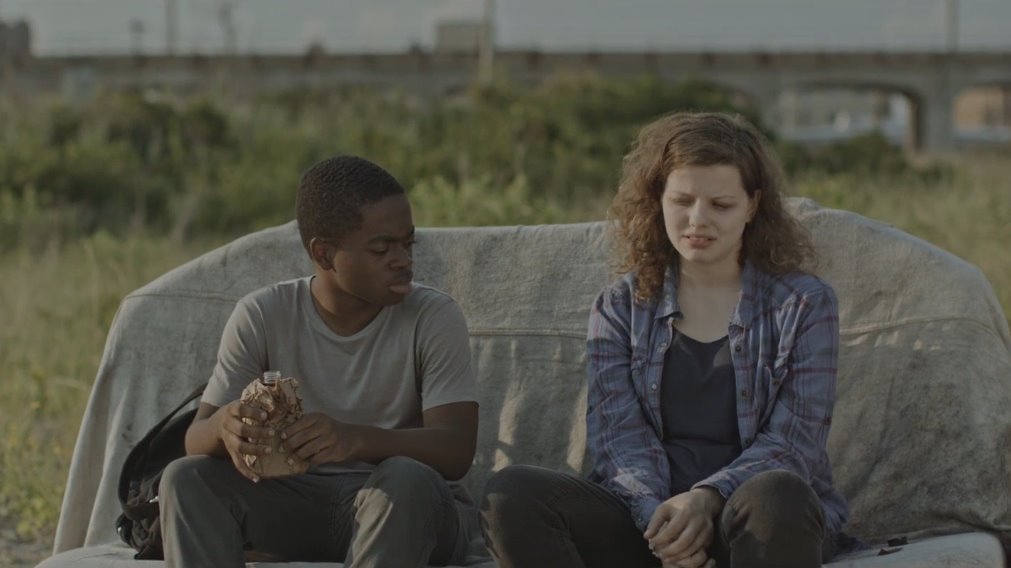 “The Transfiguration” has a bunch of tense moments and not-so-pretty to look at scenes, but we wouldn’t call it a typical horror film (for what it’s worth, it could as well be labeled a vampire drama). It is not action based and lacks jumpscares, wooden stakes & garlic, vampire hunters, or anything that you’d normally expect from a vampire film. Instead, it takes a more realistic approach to the idea of the vampire.

The protagonist of this film is Milo, an Afrrican-American teenager who is obsessed with vampires and acts like one himself. Like in a reverse “Let the Right One In,” Milo falls in love with a girl he meets in the neighborhood, but his unhealthy preoccupations soon overwhelm him.

Not as much of a horror movie as it is more a coming-of-age drama and a tribute to every famous vampire flick that ever was (it references movies from “Nosferatu,” “Let the Right One In, “The Lost Boys” to “Twilight” and “Dracula Untold”), “The Transfiguration” will definitely appeal to you if you want to see a different kind of vampire movie. 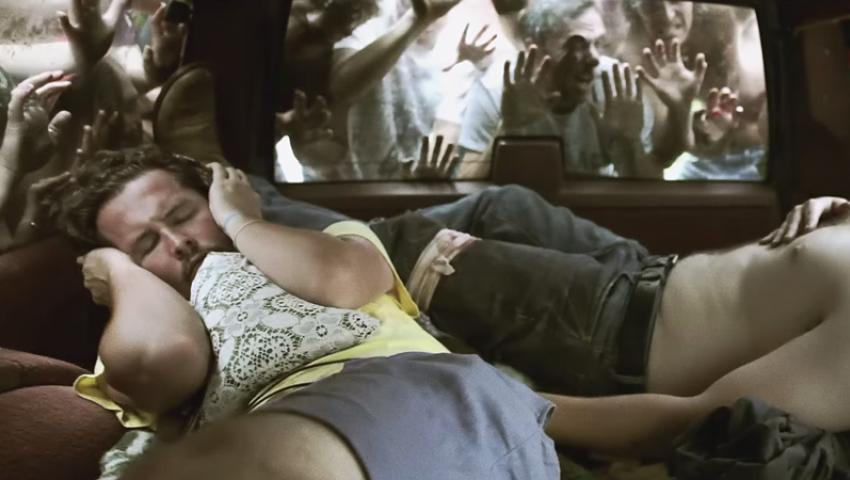 George A. Romero fans will love this indie film about two former baseball players who find themselves on the run after a zombie outbreak takes over the world.

“The Battery” is a perfect mix of drama, comedy, and of course, horror which also benefits from a killer soundtrack. What sets the film apart from many other zombie flicks is that it focuses more on the relationship between its characters and less on the undead. Don’t worry, you’ll get your zombie hordes, blood, gore, and all of that good stuff, but this ain’t the point of the film.

“The Battery” is directed by Jeremy Garden, who also stars in the film as one of the two main characters. Considering this is his directorial debut, he did a terrific job. The film was widely appreciated by critics and won a bunch of awards at several horror movie festivals, yet it remained somewhat unknown. “The Battery” deserves much more attention, and we can only recommend it. 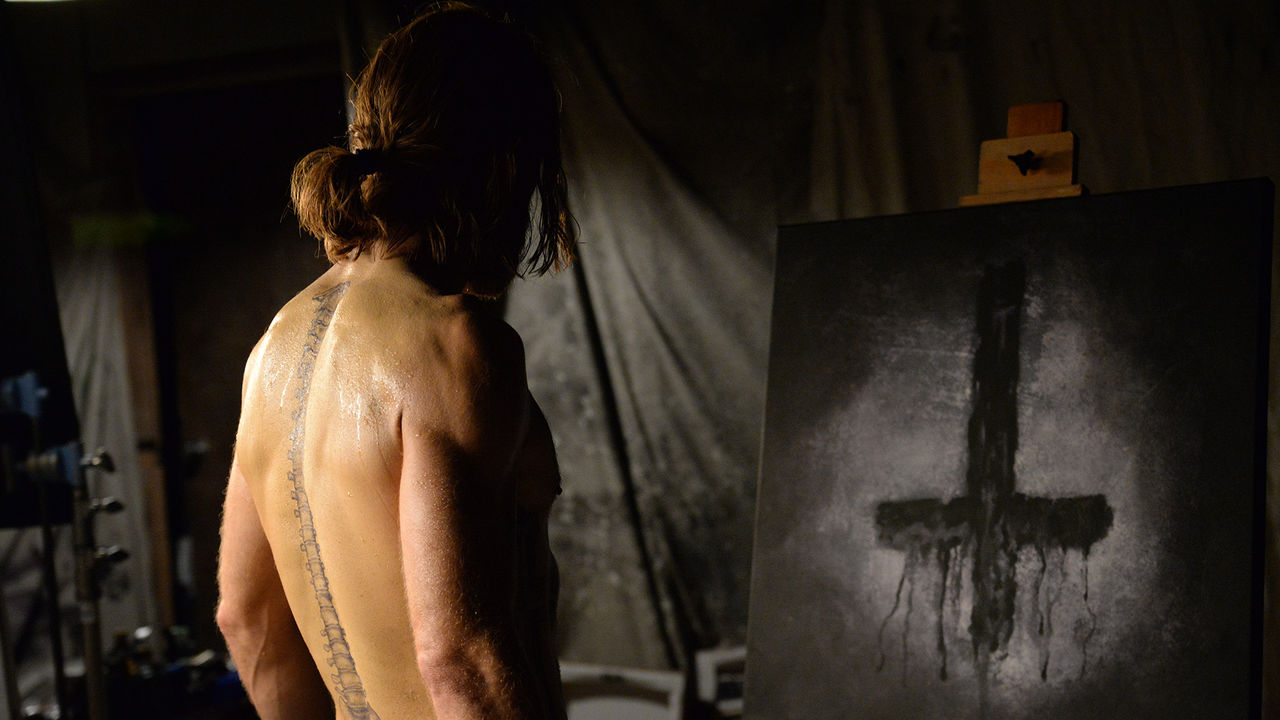 Do you love rock music, haunted houses, creepy paintings, and murderous psychopaths? Then this movie might be for you.

“The Devil Candy” is an Australian film directed by Sean Byrne, the man behind 2009’s acclaimed horror “The Loved Ones,” and tells the story of a struggling painter and his family who move into a new house, but are soon terrified by the house’s previous owner and the evil forces that lie between its walls.

While not a perfect film – and we are referring to the rather disappointing ending – “The Devil’s Candy” has more hits than misses and really has a lot to offer in terms of suspense and scariness. Thumbs up for the original screenplay and the great performances, especially from Pruitt Taylor Vince, who plays Ray Smilie, the house’s creepy former inhabitant who is hearing demonic voices and plays his electric guitar to shut them off.