Those films you watch and never forget about them and watch them again and again, talk about them, think about them, and they will stay with you for long after you’ve seen them – or even forever. Carl Theodor Dreyer, Andrei Tarkovsky, Yasujirô Ozu, Ingmar Bergman, Wim Wenders and John Cassavetes are only some great directors who have repeatedly created movies with such an impact.

Although the experience of watching such films and the feeling you are left with afterward could never be accurately described with words, this list attempts to approach 10 films on a list that could as well be much longer, which in the writer’s opinion are films that leave a mark on the viewer and whether they like them or not, they will definitely be thinking about them for a long time.

Based on the novel of the same name written by the director Dalton Trumbo himself, “Johnny Got His Gun” is the story of Joe Bonham (Timothy Bottoms), an American soldier who survived World War I, but got hit by a shell that left him a quadruple amputee without the biggest part of his face. The Army keeps him alive for experimental reasons, believing he has no conscious mind.

But unfortunately he does. He finds a way of communicating via Morse code with his doctors and develops a special bond with a nurse (Diane Varsi). Joe asks to be demonstrated in a freakshow to show people the horrific truth of war. Of course, when his wish isn’t granted, he begs to be euthanized.

In a world still mourning its losses, trying to recover from the First and Second World Wars and in the throes of the Vietnam War, American director Dalton Trumbo created a powerful anti-war film without heroes and antiheroes, only with and about disappointed, mutilated people, literally and figuratively, deceived by their leaders’ rhetoric and ideologies and with a misconceived idea of what democracy is about.

He made a film about and for a world so easily fooled, so naive and so ignorant. And he managed that without having to point any fingers, without having to teach anything to anybody, but simply by telling the truth.

“Johnny Got His Gun” is indeed an epic anti-war film. But it’s not only that. It also demonstrates the thorny and ambiguous (even nowadays) highly sensitive subject of euthanasia for those who suffer and wish to be liberated from their pain, and fearless to take a stand on it.

“Johnny Got His Gun” is shot half in black-and-white and half in color to create a vivid contrast between Joe’s current reality in the hospital and his dreams and fantasies, respectively. With a parallel narrative, we learn about the soldier’s former life before the war through flashbacks in his dreams.

The film won the FIPRESCI prize and the Grand Prix Spécial du Jury prize -tied with Milos Forman’s “Taking Off” at the 1971 Cannes Film Festival, and was nominated for two other awards. It also gained popularity by being incorporated in the music video for Metallica’s song “One.”

The ending scene where Johnny repeats “S.O.S. help me” in a desperate, pleading voice while the camera moves away, without offering any redemption to the viewer whatsoever, is a soul-crushing, exceptional piece of cinematic work. 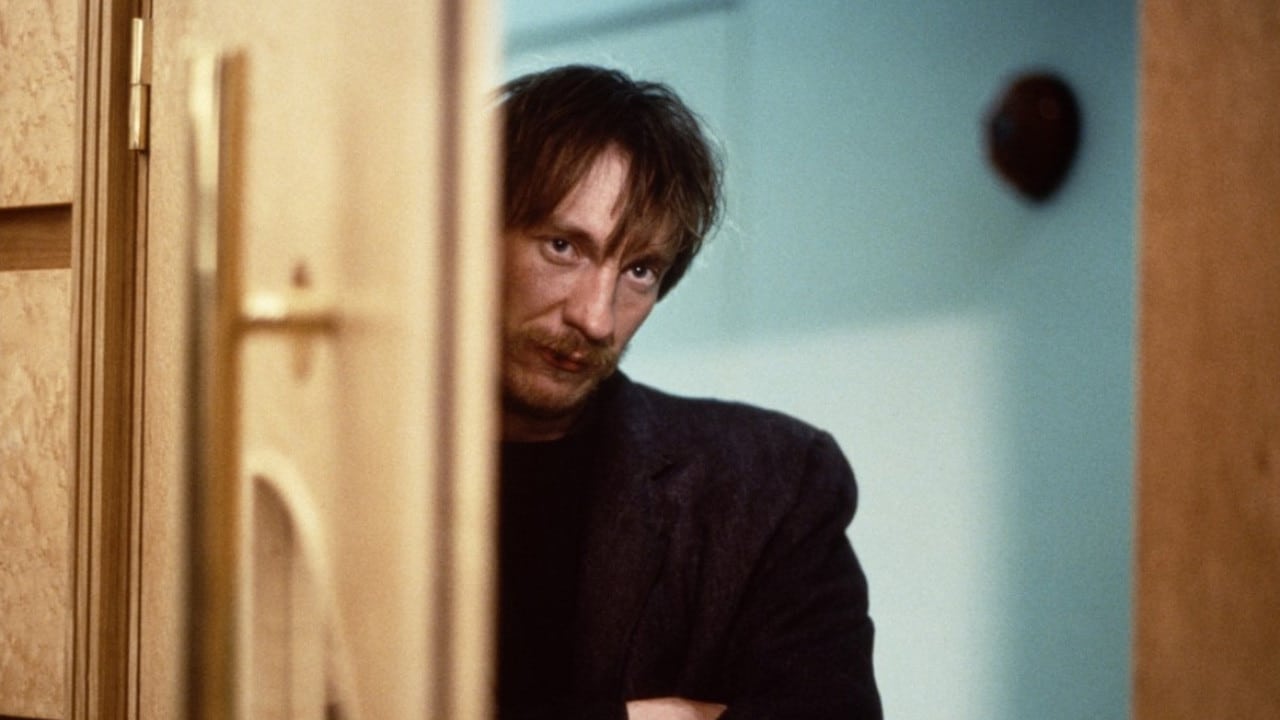 Johnny (David Thewlis) is obliged to flee Manchester and goes to London where his ex-girlfriend and her two roommates live. Johnny is cynical and witty, a wanderer-intellectual with a dark sense of humour and a darker worldview.

There isn’t much to say about this film. Neither for the plot, as nothing really happens other than a man wandering around and meeting people and talking about things, talking about life, just like any normal day in somebody’s life. No emotional crescendos, no suspense no nothing; nor for meanings, frames and forms. What one can say is that Mike Leigh says it all in this film in two hours.

From his nihilistic point of view, he summarizes the essence of life and utterly deconstructs the search for meaning through the search of meaning itself. An outstanding David Thewlis, who never steps out of character, says a lot of things throughout the film, with the latter resulting in a silent final scene where he says nothing at all – and that’s when he says it all. 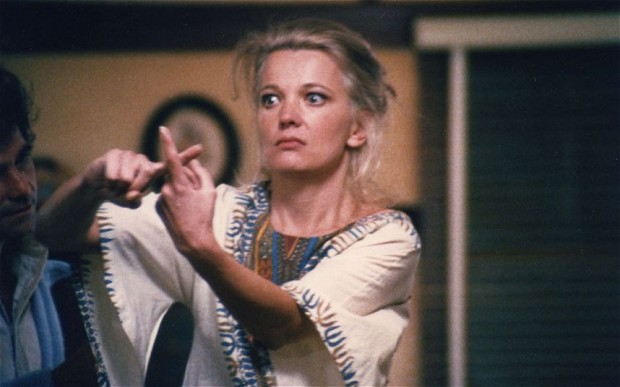 Mabel (Gena Rowlands) is a housewife and mother of three children who loves her husband Nick (Peter Falk) very deeply. Nick is worried that something might be wrong with Mabel, as her behavior becomes odder and odder, and considering her to be dangerous, he has her committed in a mental institution for six months. After her treatment, Mabel returns home, but she seems unable to cope with the family environment and soon breaks down mentally again.

What is considered to be mental illness or psychopathology is in question here. As well as its independence from the suffocating feeling one can experience in their own house by the conventional family life, responsibility and lack of privacy, and also the impact from the sense of constant failing to be adequate.

Mabel, played an amazing Gena Rowlands, tries to be a good mother and wife; she tries to demonstrate her immense love for her husband but doesn’t seem to make it to please him. No matter what she does, for somebody she always isn’t enough. She needs to keep moving constantly for fear she will die of stillness; everything is so hard for her and she always tries her best but seems to fail repeatedly.

With the city of Paris and the sexual revolution in the background, the story follows Alexandre (Jean-Pierre Léaud), a young man with intellectual interests and his encounters and relationships with various women, focusing mainly in a love triangle between him, Marie (Bernadette Lafont), an older woman whose flat he lives in and Veronika (Françoise Lebrun), a sexually liberated young nurse.

“The Mother and the Whore” consists of what seems like a hypnotizing three-and-a-half-hour constant conversation between everyday people on the changes in times, politics, life, culture and mainly love and relationships. The film flirts with a contrast – on a first level – between the two subjects of the title; Marie is representing the figure of the mother and Veronika the figure of the whore.

A contrast dependent on Alexandre’s potential psychoanalytic conflict related to the Mother archetype. As the film proceeds, however, the attention moves from Alexandre toward the women’s point of view, reaching the point where in a monologue by Veronika, she says that no woman is ever a whore and love is important when it results in the birth of a child, disclosing that it’s not really about a male perception of a woman as a mother or a whore.

The film gives you the feeling that it could have easily been shorter than three-and-a-half hours as well as much longer than that. The realism in the rhythm of its events touches the limit of naturalism; it seems like nothing has been left out, as if Jean Eustache had been filming his protagonist nonstop for some days and he kept all the footage. The director himself has stated about his film that it’s “the description of a normal course of events without the shortcuts of dramatization.”

The film was shot in two months and Eustache was inspired by his own relationships to write the script. It won three awards, including the FIPRESCI prize and the Grand Prix of the Jury at the Cannes Film Festival, and was nominated for the Palme d’Or. Cahiers du cinéma has called it the best film of the 1970s.

Damiel (Bruno Ganz) and Cassiel (Otto Sander) are two eternally-existent angels who observe the people of Berlin. They listen to their thoughts and watch them, eavesdrop on their lives but cannot interact with them; humans don’t even see them.

One of the people they watch is Marion (Solveig Dommartin), a lonely swinging trapeze artist in a circus. Damiel soon falls in love with Marion and wishes to become part of the physical world, to be able to feel like humans do, to be seen and be touched.

Partially drawing his inspiration from Rainer Maria Rilke’s poetry, Wim Wenders made a cinematic poem. It is shot in black and white to depict the angels’ vision of the world, colorless of feeling, and in color to manifest the human world.

An ode to the cinema – it is “dedicated to all the former angels, but especially to Yasujirô (Ozu), François (Truffaut) and Andrei (Tarkovsky)” – but above all, “Wings of Desire” is a tender, optimistic, symbolic film that reminds us that life is all about feeling and small meaningless pleasures like coffee and cigarettes combined together or a caressed by the hand of a loved one.

It was also nominated for 11 awards, among which were a BAFTA Film Award nomination for Best Film Not in the English Language, a Palme d’ Or at the Cannes Film Festival, and a César for Best Foreign Film at the César Awards in France.

988
SHARES
FacebookTwitterSubscribe
Subscribe via Email or RSS Feed
Pages: 1 2
Comments (10)
Great Movies That Will Stay With You For a Long Time