Ambition in art, and specifically in cinema, is always complicated. As much as we as an audience want filmmakers to take risks and aim to make the best movie they can, it’s never pleasant when artists shoot for the stars without the talent to back it up. Moreover, ambitious projects are always a risk, commercially speaking, because they tend to carry a very particular tone and style that audiences around the world might not embrace.

The films I selected for this list are all interesting case studies in that sense: conceived and realized with tremendous ambitions and specificity, they are good or great movies that were not as seen as they deserved, or were incorrectly evaluated by critics and audiences alike at the time of their release. Now, a few years or decades after that, maybe it’s time to give them a good look and celebrate their uniqueness and their sheer scope. 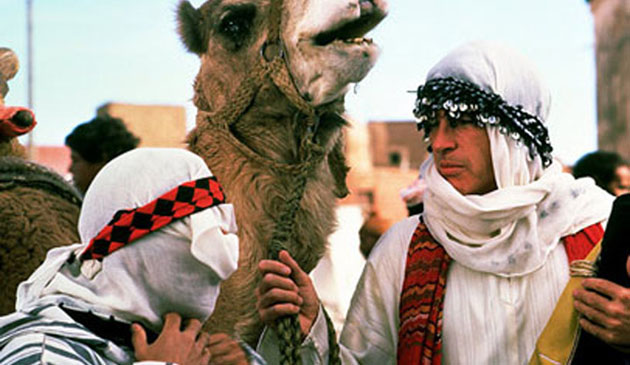 An Elaine May comedy epic with Dustin Hoffman and Warren Beatty? Sign me up! It’s still impressive how spectacularly “Ishtar” failed when it was released in 1987. It had two of the best loved movie stars of the time, and a crazy, interesting premise: in it, Hoffman and Beatty play talentless lounge singers who book a gig in a Moroccan hotel, only to find themselves embroiled in a multinational political plot involving the CIA, the local government, and a group of rebels seeking to overthrow it. With a whopping $55 million budget (an absurd amount for a comedy in the ‘80s), “Ishtar” certainly has big ambitions – if it does enough to realize them is a point of contention.

Hoffman and Beatty still defend the film today, with the latter blaming the bad reception and commercial failure on studio head David Puttnam, who supposedly leaked reports of production and budgetary problems to the press in a personal vendetta against Beatty.

“Ishtar” has other famous supporters: Quentin Tarantino, Martin Scorsese and Edgar Wright have praised it as a great overlooked comedy of its time. It’s telling that the critical reappraisal of “Ishtar” hasn’t brought more attention to May’s work; however, at the time of its release, the term “movie jail” was invented for the great comedienne, who hasn’t directed another film since. 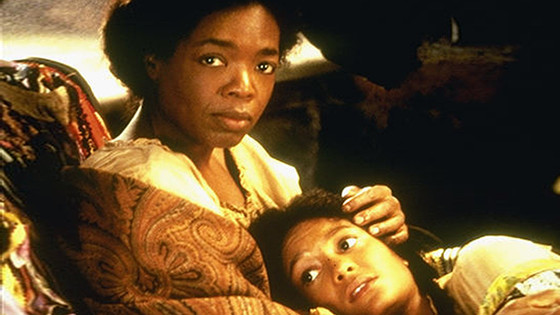 Clocking at two hours and 52 minutes, Jonathan Demme’s adaptation of Toni Morrison’s great novel “Beloved” was too faithful to the source material, which resulted in a punishing movie with a myriad of pacing and tonal problems. It didn’t deserve, however, the disdain of critics and audiences, nor the near-complete exclusion from that year’s award season.

“Beloved” has stunning performances from the likes of Oprah Winfrey, Danny Glover and Thandie Newton, and Demme’s direction lends gravitas to the novel’s most impactful and important moments. Better movies have been made about its subject matter, but “Beloved” has a surprisingly unique effect on the spectator.

Using fantasy and folklore to tackle the lasting, lingering effects of slavery in a post-Civil War America, Demme’s film tells of mother-daughter duo Sethe (Winfrey) and Denver (Kimberly Elise), freed slaves who bump into an old acquaintance, Paul D (Glover), and with him form a new, lovely family unit.

Shortly after, however, a mysterious girl named Beloved (Newton) comes into the picture, bringing strange, possibly supernatural occurrences with her. “Beloved” is turning 20 this year, so maybe it’s time to give it a second, more generous watch.

Many people loved “Sunshine” but hated the twist in its third act, and I can frankly understand that. It splits the film in two very different, very ambitious genre exercises, and director Danny Boyle isn’t exactly comfortable with one of them. It doesn’t, however, erase all the things that “Sunshine” does right in the first and second acts.

Boyle’s film is a gem of high-wire tension and has at least one great performance (unsurprisingly, it comes from the very talented Cillian Murphy), plus a script by Alex Garland that, as usual for him, bravely examines deep questions about human existence through the lens of science fiction.

“Sunshine” follows a group astronauts sent on a suicide mission to throw a nuclear fission bomb into the dying Sun in the year 2057. They’re the second crew to be sent over there, after the mysterious failure of the first one.

Certainly a precursor to films like “Moon” and “Ex Machina” (which is also scripted by Garland), “Sunshine” feels like an underappreciated film even today. It’s imperfect in its experimentations with genre, but it succeeds in creating an engrossing story and a good cast of characters to tell a sci-fi tale of tremendous significance.

If there’s a filmmaker nowadays who’s never afraid to be ambitious, it’s Darren Aronofsky. Save for the modest (and brilliant) “The Wrestler,” all of Aronofsky’s movies demand that the spectator take huge leaps of faith with the director, following a plot that’s as much emotional as it is practical.

It can work spectacularly (“Requiem for a Dream,” “Black Swan”) or it can fall flat, as a lot of people felt that “The Fountain” did in 2006, when it was finally released after a tribulated production process that included switching the leading man from Brad Pitt to Hugh Jackman.

Well, Jackman works wonders in a triple role (or it’s just one role, depending how you look at it) here, lending charisma to a story that clearly needs it, while Rachel Weisz, then Aronofsky’s wife, makes sure the film’s emotional punches land.

A moving story about undying love and devotion, tremendously shot and wondrously conceived, “The Fountain” has its shortcomings, and might prove too mystical for some, but it tackles huge themes in the only way it knows how: extravagantly. 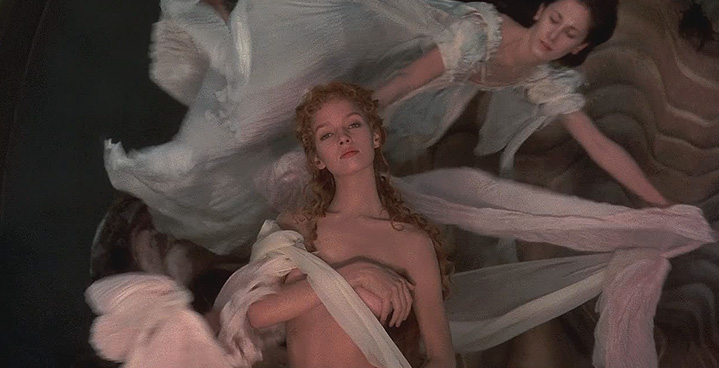 Terry Gilliam’s weird genius reached its breaking point in “The Adventures of Baron Munchausen,” the last in a series of fantastical, paranoia-filled 1980’s films that included “Time Bandits” and “Brazil.”

While both those films are considered classics nowadays, “Baron Munchausen” remains as overlooked as it was at the time of its release. Adapting the legend that already earned films in Germany, Czechoslovakia and France, Gilliam cuts loose his own imagination to create lavish sets, costumes, and a delirious string of genre-tinged adventures.

The title character, Baron Munchausen, is played with gusto by John Neville, in a career-defining performance. As he travels to the Moon and back (literally) to save his town from the Turks, he meets quaint characters with absurd looks played by the likes of Eric Idle, Oliver Reed, Jonathan Pryce, Uma Thurman, Robin Williams, and, yes, Sting. Even if only as the fever pitch of Gilliam’s 80’s filmography, “Baron Munchausen” deserves more love than it got in the 30 years since its release.